Address of President Vučić on the 17th March 2020

On the invitation of the Prime Minister of Serbia Ana Brnabić, President of the Republic of Serbia Aleksandar Vučić attended tonight the Government session held in the Palace of Serbia, followed by the announcement of the new measures adopted by the Serbian Government. 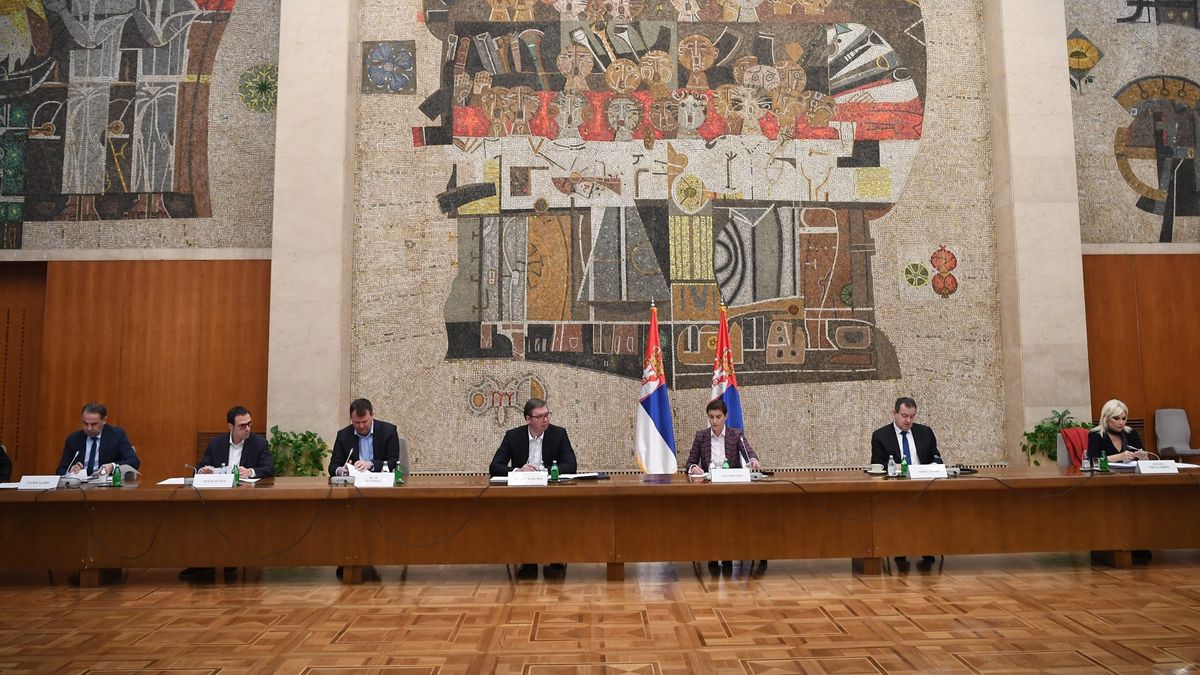 "As of tomorrow morning at 10 o'clock in all urban areas, it is absolutely forbidden to go out on the street to all persons over 65 years of age, while in rural areas and places with less than 5,000 inhabitants it is forbidden to go out for persons over the age of 70, and from 08 pm to 5 am - for all persons of any age. As of tomorrow, a ban on movement shall be imposed, which means that during this time no one can be in the street, except the relevant authorities, or those who have a third shift job," announced President Vučić.
President Vučić said that 345 people died in Italy today and that Spain had three dead on March 5, while only ten days later they have 510 fatal outcomes.
"This rise in the death toll is higher than in Italy. The situation in France is terribly difficult, rather severe in Germany, Austria, Slovenia. And it's getting harder in Greece. I hope Croats will be able to cope with the intrusion of the coronavirus into hospitals. It has devastated Italy, and it is our greatest and gravest threat now,” explained President Vučić. He pointed out that such severe measures have not been introduced to date by those facing a more complicated situation, but that we do so knowing that this is the only way to stop the spread of the virus. 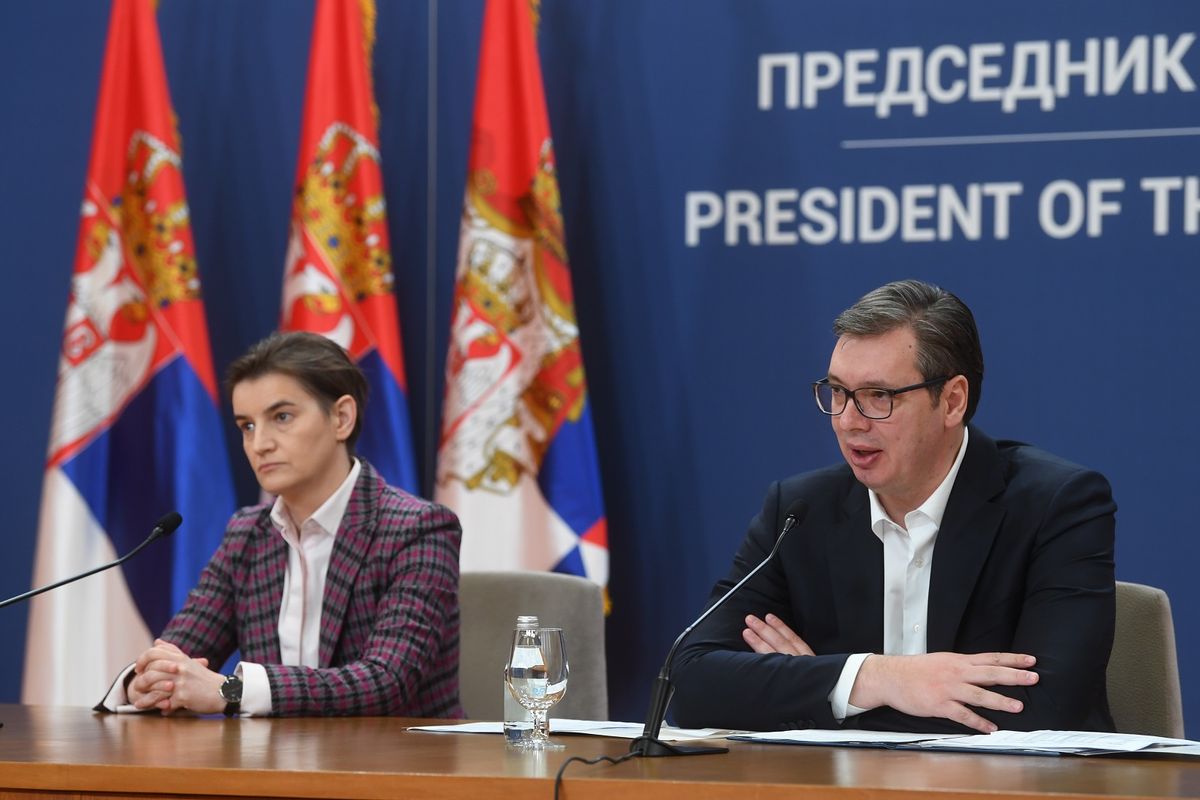 "I am asking people to understand this. I have had personal experience with taking harsh measures, both in floods and when the state needed to be bailed out from bankruptcy. Only through the most rigorous measures, we can achieve results as a severe illness is not treated with aspirin. One has to take the most serious approach in such a difficult situation. The Serbian army takes all hospitals under its control; it has to protect our doctors. They are heroes, they know that they are exposed to the virus, they do the hardest job for us and our children, they work for our parents,” said President Vučić, pointing out that measures are being taken since we failed to provide the full discipline necessary to reduce the degree of vulnerability and risk to the population.
"We have made unpopular decisions, but both will purport the protection of the lives of people and will mean that we make it clear that we only care about preserving human lives in the country, the right to the future, the lives of our parents, our retirees," said President Vučić. He stated that he had excellent talks with our Chinese partners today and that his address, since two nights ago, has received much attention. 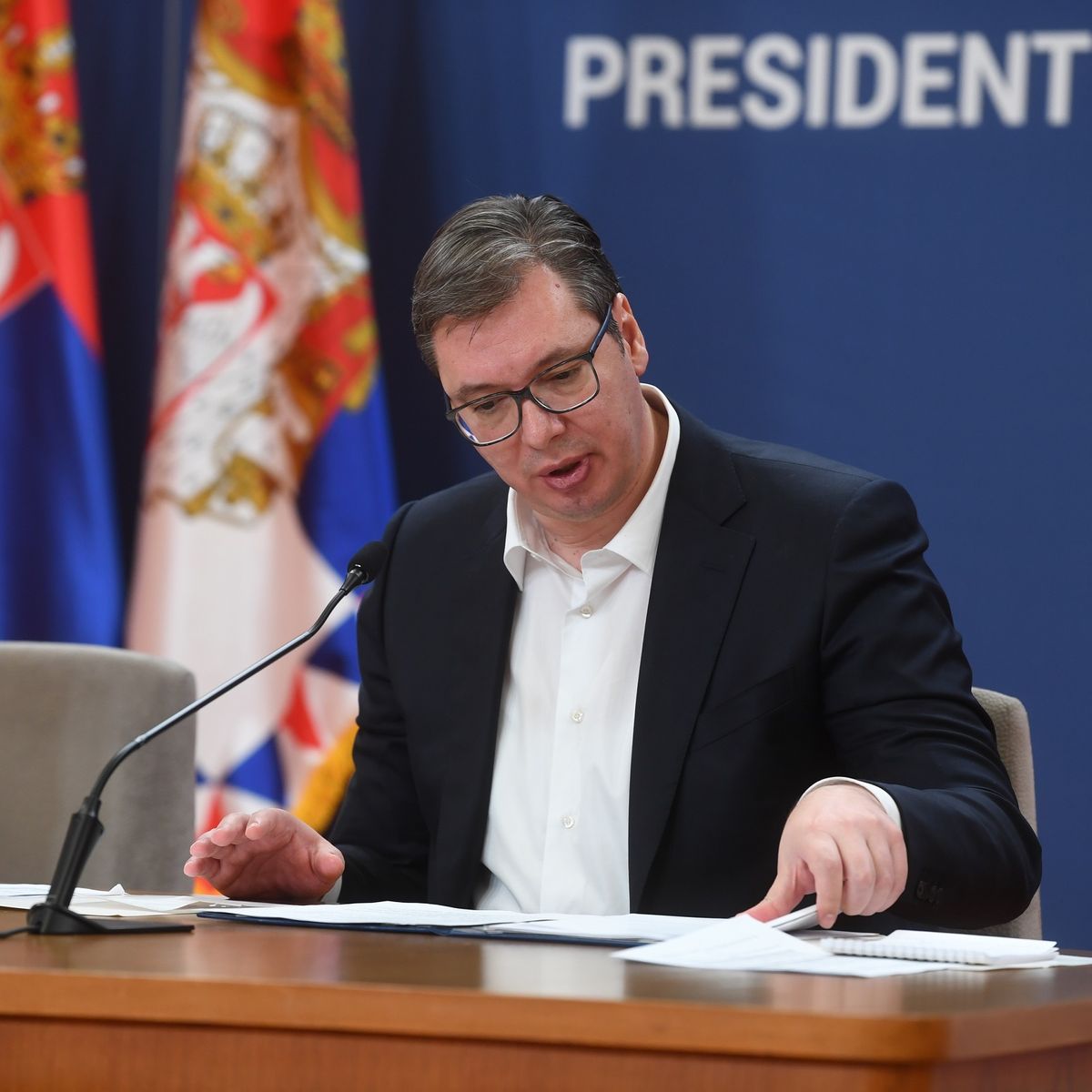 "I want to thank Chinese President Xi Jinping. They will provide us with tremendous help. They will send us the experts for coronavirus. Thank you ever so much to the People's Republic of China. I am so happy to have such friends. I am happy and proud; there is no machine or material that the Chinese have not approved for us. Everything we asked for was approved. The first major delivery arrives on Saturday afternoon. This is a battle that is fought by the hour. Thank you very much to President Xi Jinping, our friend and brother. We will never forget that," President Vučić said.
President Vučić also stated that the elections for the MPs called on March 4 were adjourned and that no electoral activities will be taking place anymore, and that there were no longer any election blocs.
"That is the agreement, and I am grateful to all the people who have presented a wish to participate in the elections. We have a unique position on this issue. There are no elections for us while we are fighting with the coronavirus. When this is over, we will sit together and agree on the date of the elections", said President Vučić regarding the today's meeting with representatives of the parties that announced their participation in the elections.
Belgrade, 17th March 2020
Share