President of the Republic of Serbia Aleksandar Vučić addressed the public today, and talked about several strategic topics, but first and foremost about the health of our citizens. He said that together with the Government of Serbia, they started searching for vaccines, to procure the safest vaccines in the fastest way and halt the catastrophic effects that the coronavirus has on the lives of people in Serbia and on our economy. 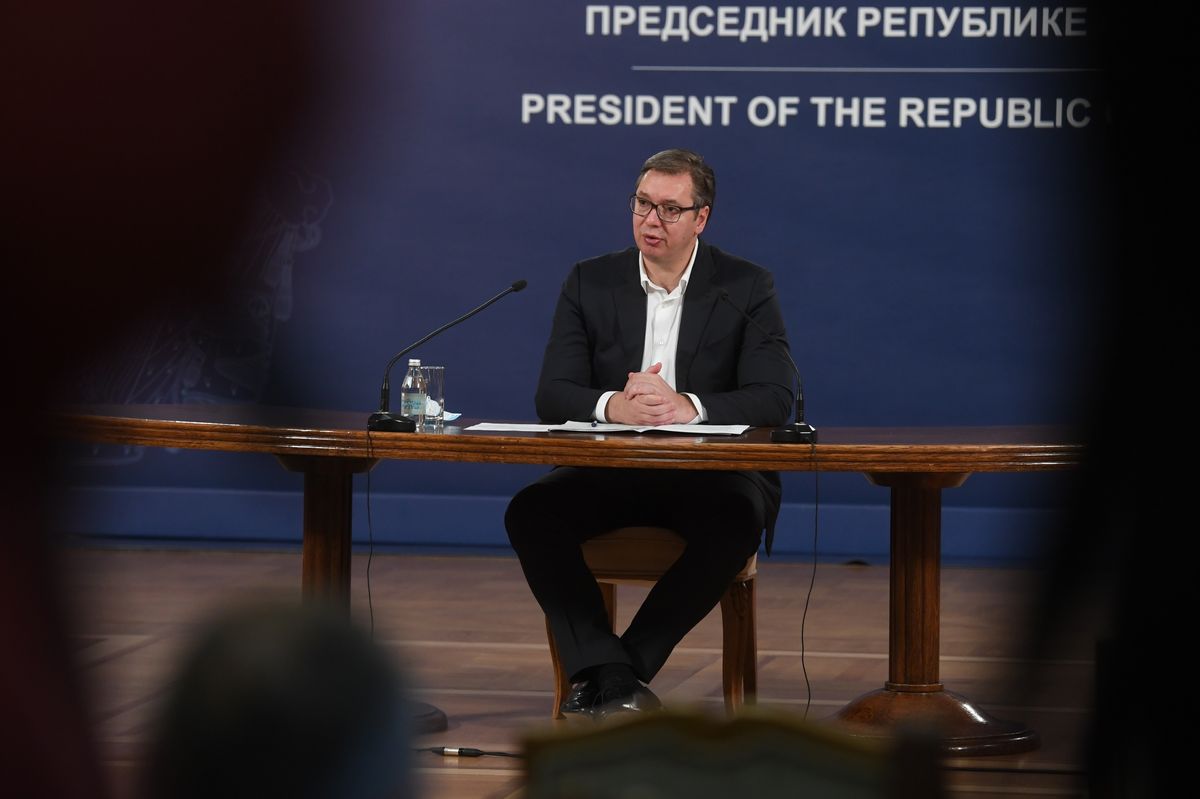 "We are negotiating with everyone, and we will do our best to provide as many vaccines as possible and to complete the fight against the coronavirus as one of the most successful countries in Europe. An important message for all our citizens is that we will have the first vaccines in our country before the end of December. People's health and lives are most important, but we must also work and take care of the economy. Once again, I would like to congratulate our Crisis Group, but also the doctors, nurses and citizens of Serbia who behaved in a very disciplined manner," said President Vučić, adding that the Serbian health authorities will approve the purchase of the coronavirus vaccine only when they pass checks and get registered in the country of manufacture.

President Vučić pointed out that the best possible solution for the Kosovo issue is the one that must and can be achieved through dialogue, and better sooner than later, because otherwise, a conflict could happen to us, as it happens in the case of frozen conflicts. He emphasised that the most critical message for Serbia is peace and dialogue, but that he will have to strengthen it further, both economically and militarily.
"The Nagorno-Karabakh conflict has shown how a frozen conflict, when thawed, can escalate. It was evident that the world, apart from the announcements, was a little interested in reacting. It was seen that the division of cards in the world is different and that in the end, you always have to count on your own strengths. That is why Serbia will have to strengthen economically, militarily and in any other way. For us, the essential message is peace, dialogue and the desire to continue the talks with Priština and to understand that the best solution is achieved through dialogue," said President Vučić, adding that we should not leave the frozen conflict to our children, but that we must find a compromise solution. 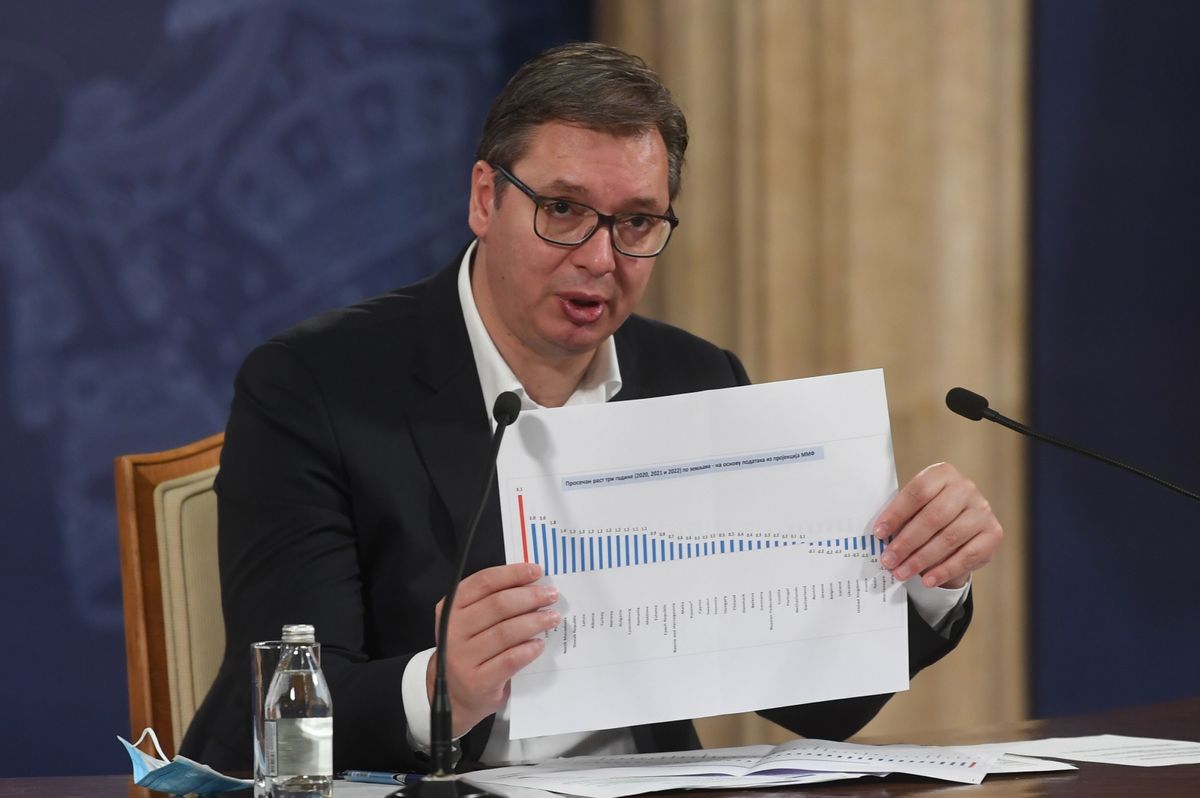 Speaking about the establishment of the single market in the Western Balkans and the Mini-Schengen initiative, President Vučić emphasised that the opening of green corridors to the EU would involve a faster flow of goods, people, capital and services.
"It means a better standard for people, higher salaries and pensions. We had a consolidated political position on all these issues, we acted as a bloc, and it seems that the representatives of the most powerful countries, above all Merkel and Macron, understood our message well and how much that is important for us", said President Vučić and explained that the problem for the Serbian economy is that some European countries are closing down again, which is why the demand is lower, so the industry is not performing as fast as in September and October. 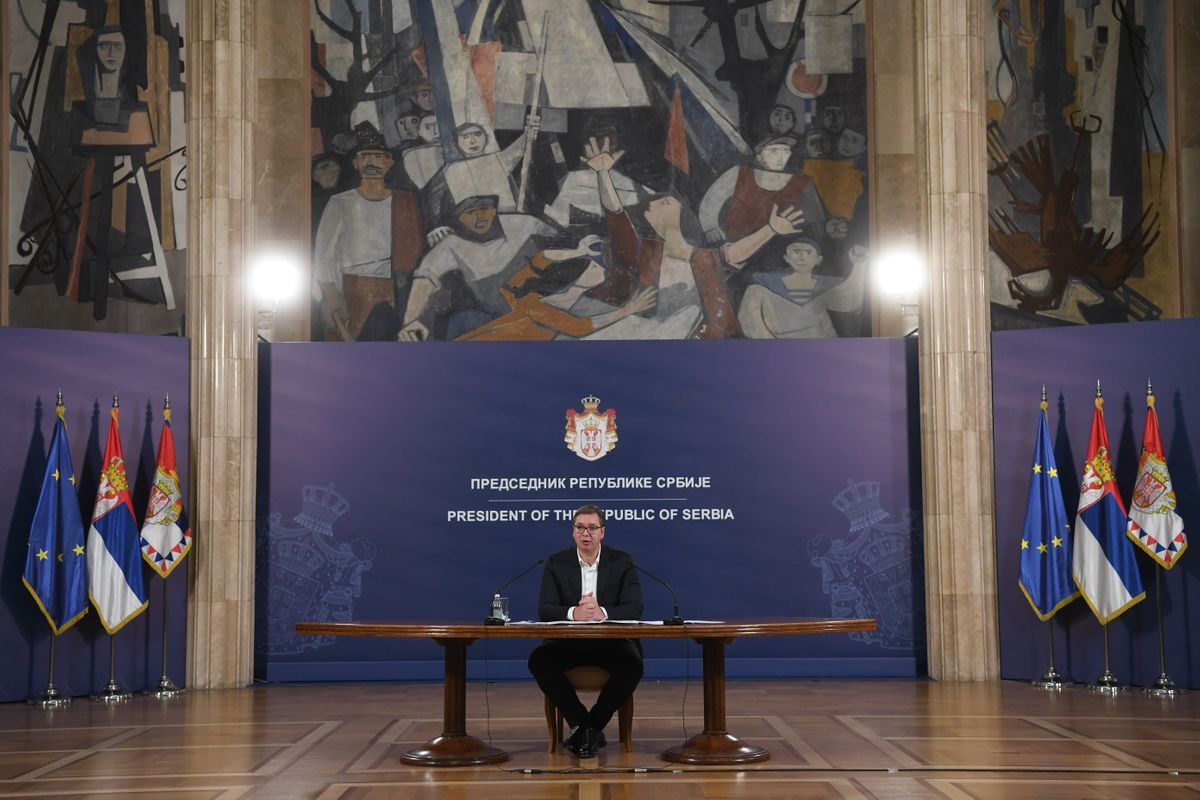 "We are negotiating with representatives of various companies, and their arrival is of crucial importance for our country; it would mean a lot for the Serbian economy. We signed 20 contracts in 2020 through the Development Agency of Serbia. Investors have committed to investments totalling 1.7 billion euros, which will employ 6,815 workers. That means that much more technologically perfect companies are coming to us", concluded President Vučić and expressed hope that there will be a reduction of trade barriers between the USA and Europe, which would mean a lot for our industry, especially steel.
"According to the World Bank projections, Serbia will be the first in Europe in the next three years in terms of growth rate, with about 3.1 per cent," stated President Vučić.
Belgrade, 12th November 2020
Share