President of the Republic of Serbia Aleksandar Vučić attended the ceremonial academy on the occasion of marking the 950th anniversary of the Monastery of Venerable Prohor of Pčinja and the 700th anniversary of the death of King Milutin, who renovated the monastery. During the ceremony, Pahomije the Bishop of Vranje presented the President of Serbia with the Order of the Venerable Prohor of Pčinja for general contribution and patronage over the celebration of the monastery anniversary. 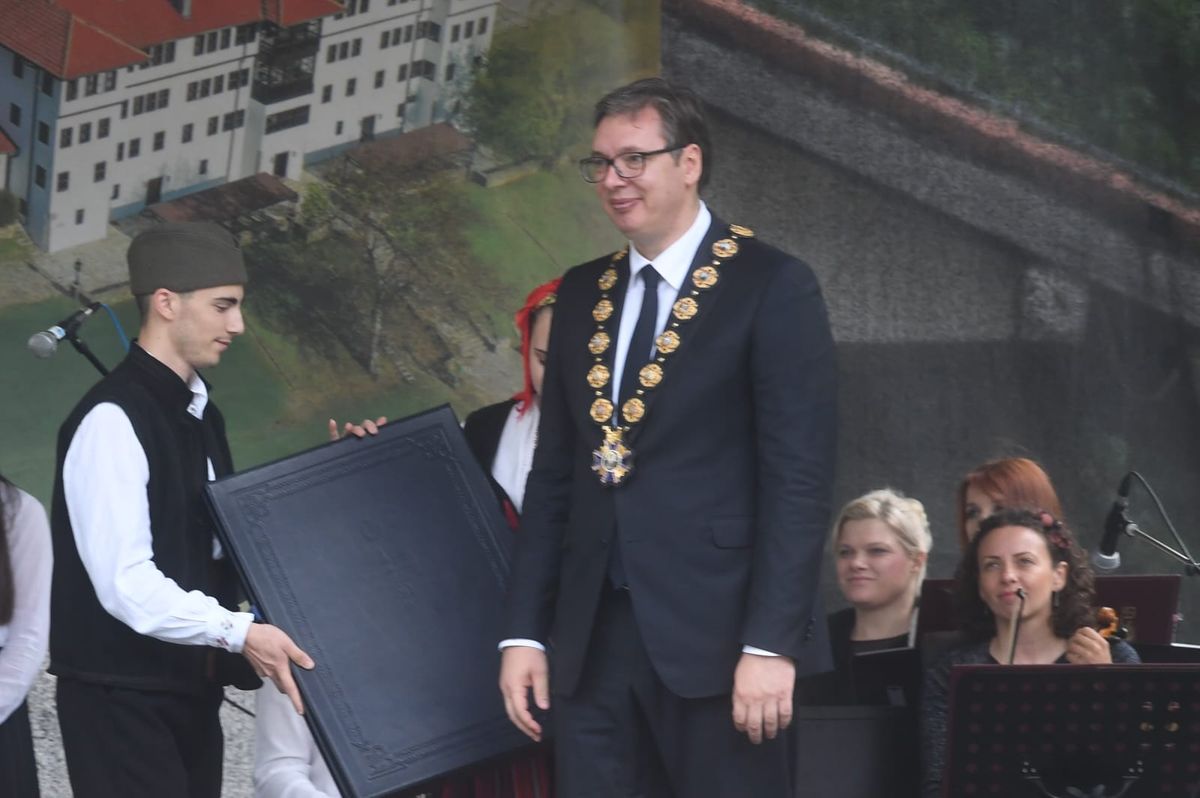 The celebration of the jubilee began with a liturgy served by His Holiness the Serbian Patriarch Porfirije with the Metropolitan of the Russian Orthodox Church and the bishops of the Serbian Orthodox Church, in the presence of a large number of believers.
President Vučić thanked him for the decoration and added that it is now an obligation more for him, especially in the difficult times that lie ahead.
"Despite difficult times and strong pressures, we will fight for Serbia and we will always be only servants of our people and our country," said President Vučić, addressing the ceremonial academy in front of the gathered citizens and numerous high-ranking officials and emphasising that the times for citizens were the best when "the Serbian state and the Serbian church are growing together." 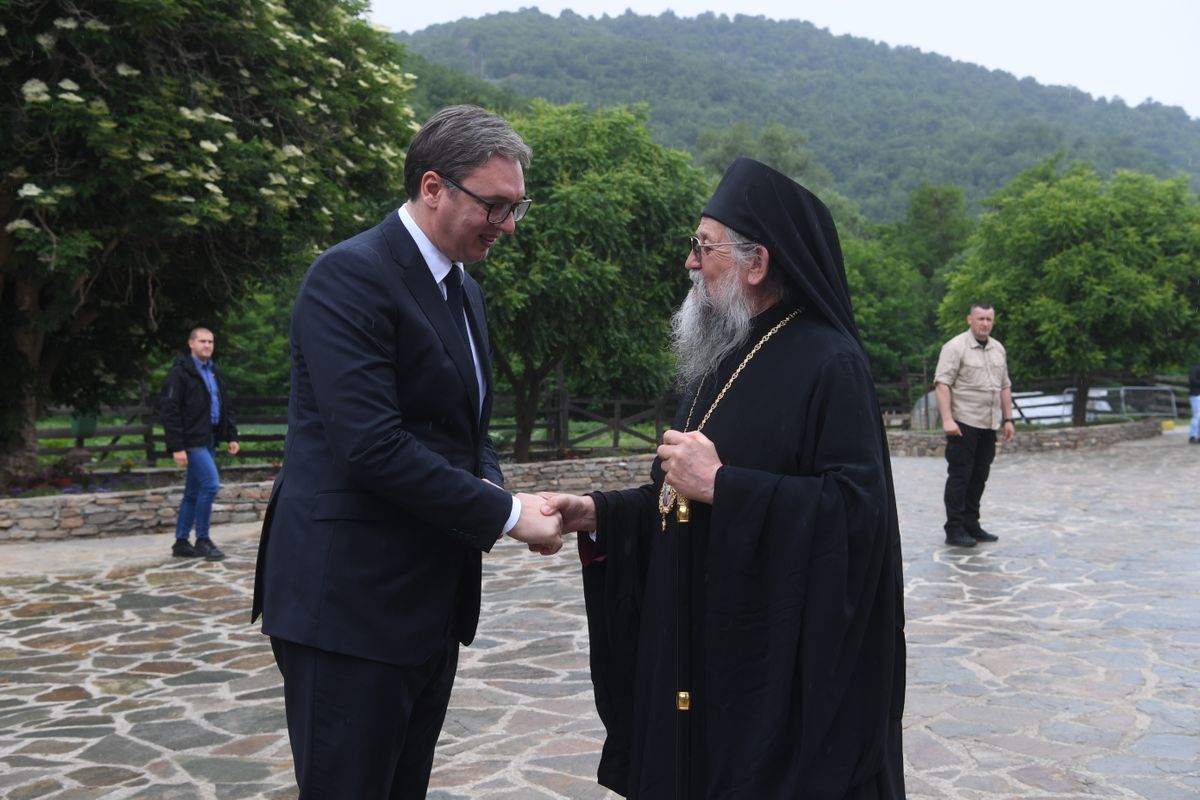 President Vučić added that in modern Serbian history, so much has never been done for temples, churches, monasteries and fraternities and sisterhoods in them, emphasising that the decoration is important to him because the effort invested in supporting and helping the church has been recognised and noticed.
"Without the church, there is no national unity and we cannot preserve the national and state tissue," the President said, emphasising that the state must provide a better quality of life for the people living in the Pčinja district.
"Despite the difficult times ahead, despite strong pressures coming from the outside, despite pressures coming from Kosovo and Metohija, from Albanian politicians, their threats and lawsuits and new conflicts, I am going to Brussels tomorrow and there will be many such talks," President Vučić said.
"It is our obligation to ensure the survival of the people who live here, that people can work, that young people can get jobs, see a future for themselves and their children," the President said, adding that he would fight for it with "firmness, responsible attitude and view of the future", and that we need the unity of the Serbian people more than ever. 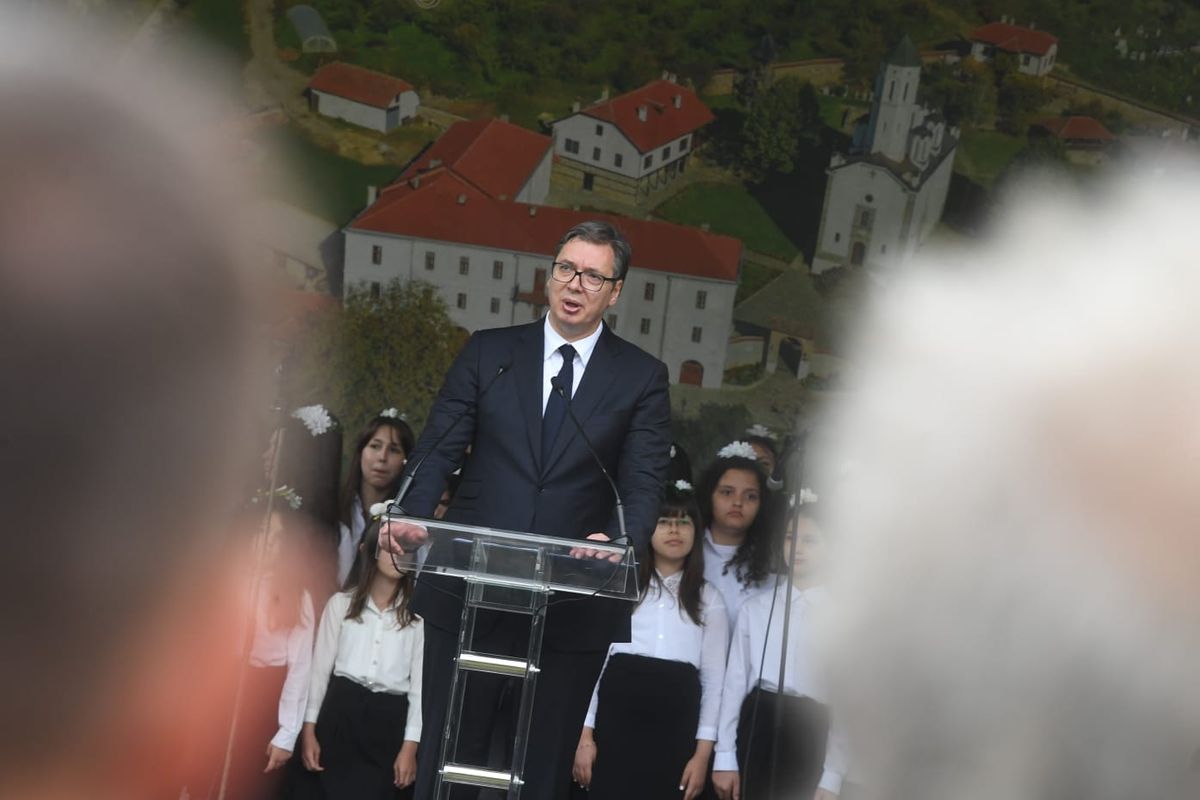 The celebration of the monastery jubilee was also attended by the Serbian member of the Presidency of Bosnia and Herzegovina Milorad Dodik, Ministers in the Government of Serbia Nebojša Stefanović, Tomislav Momirović, Tatjana Matić, Maja Popović, Nikola Selaković, as well as the director of the Office for Kosovo and Metohija Petar Petković.
Share