Conference meeting with representatives of Serbian political, cultural and intellectual circles from Montenegro

President of the Republic of Serbia Aleksandar Vučić held earlier today a conference meeting with representatives of Serbian political, cultural and intellectual circles from Montenegro, to discuss the latest events in that country. The President said that the state of Serbia would stand by its people. 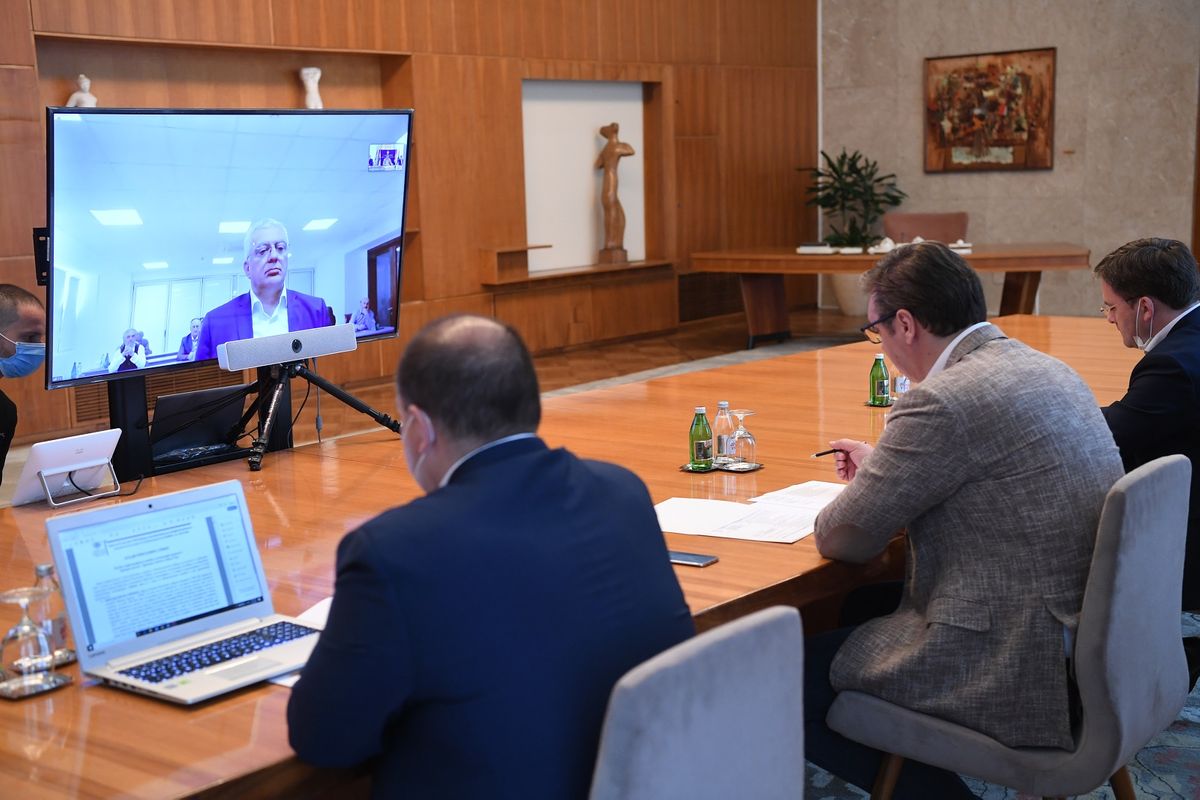 President Vučić stated that the conference meeting in the Serbian House in Podgorica was attended by the representatives of all Serbian organisations in Montenegro, as well as political representatives. They now - for the first time together - spoke about the struggle for the survival of the Serbian people. He said that his interlocutors from Montenegro conveyed their fears regarding the future of the Serbian people in that country.
"In that conversation, I even heard the fear that someone might plan to solve the problem with our people in the same way as it was addressed in other parts of Yugoslavia. I do not believe, nor do I want to believe that it is planned, but I am concerned as the President of Serbia," said President Vučić and added that Serbs in Montenegro could count on Serbia's support.
"That is the obligation of Serbia, to preserve our alphabet, our language. Our job is to help preserve the identity of the Serbian people following all norms of international law. We are continuing to do that, and we have agreed on that," said President Vučić. He added that everyone is worried about the arrest of Bishop Joanikije, as well as the overall situation in Montenegro. 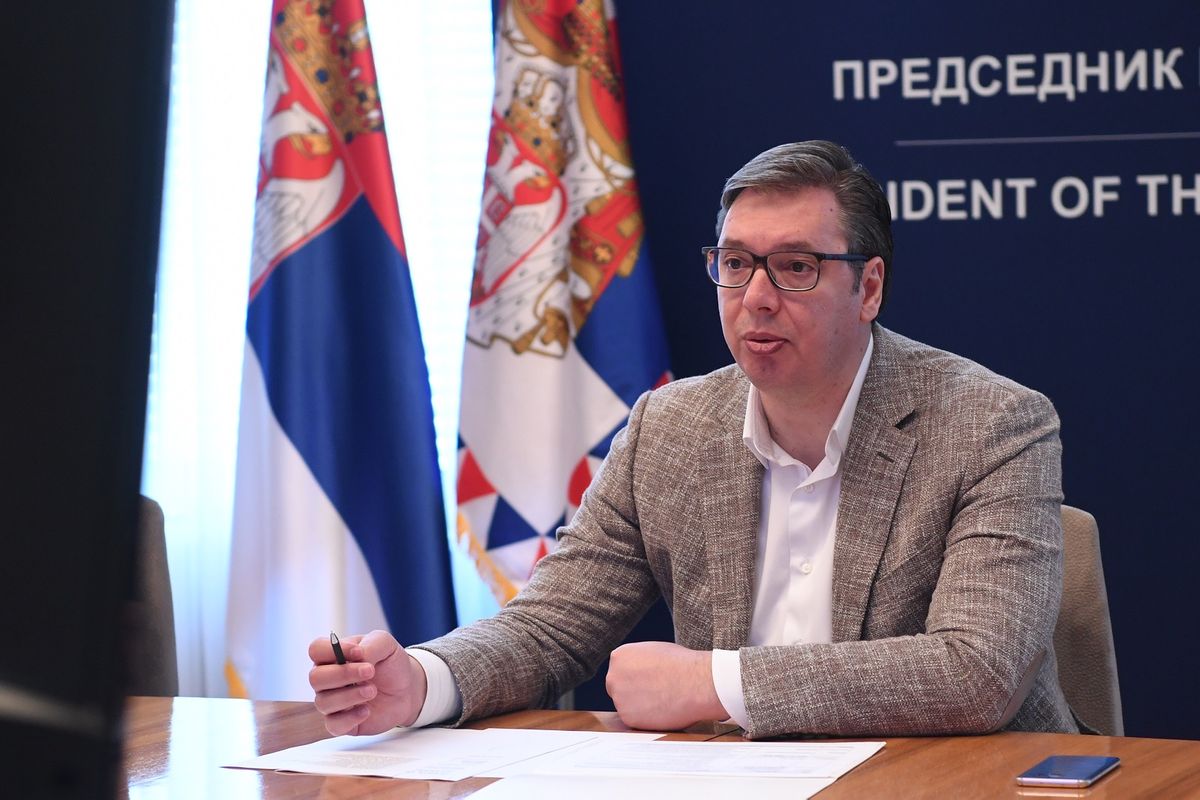 "Serbia will stand by its people, by the Serbian Church. Serbia respects Montenegro as a state, but it cannot be silent and voiceless by what is happening to its people," said President Vučić, adding that many Serbs in Montenegro were afraid because of the events and distortions of facts in the last year and a half. He pointed out that Serbia provided assistance to Serbian organisations, which are not political, and that it will continue to do so.
President Vučić said that he had no problem talking to the President of Montenegro Milo Đukanović about the position of Serbs in that country, but that he was worried that it would be difficult to understand each other's attitudes and views. He added that he agreed with the opinions that the latest events in Montenegro are not a matter of the moment, but rather of a strategy, and reminded that on the last census there was 28.73 per cent of Serbs in Montenegro and that things have been worsening for the Serbian people during the previous ten years. 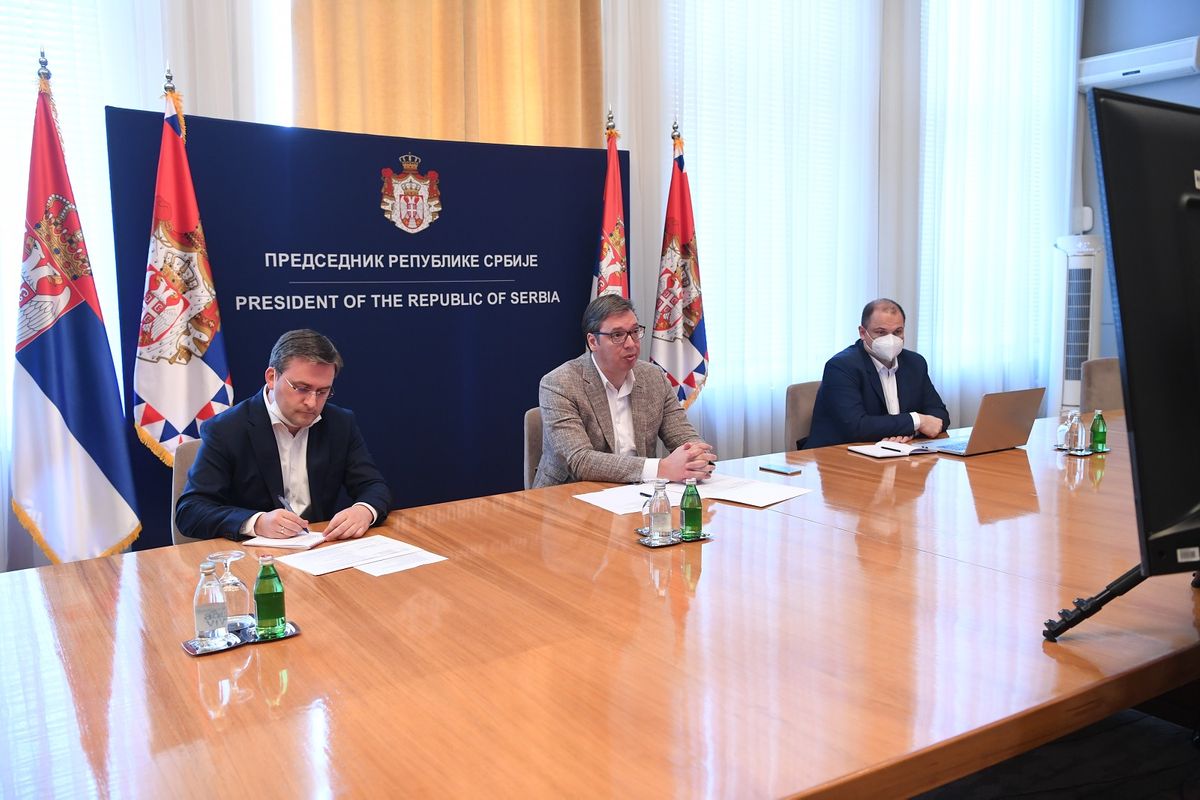 "Serbs did not take part in the Government, they could not easily get a job, there was an overall campaign where the Christmas uprising was celebrated as a heroic deed, and the victory in the First Serbian War as an act of occupation. Everything was turned upside down," said President Vučić and stressed that it is essential for Serbia that the Serbian people do not evanish from Montenegro.
President Vučić announced that soon - when everyone repeals the measures adopted due to the coronavirus epidemic - a meeting will be held in Belgrade to be attended by His Holiness the Serbian Patriarch Irinej, the Serbian member of the Presidency of Bosnia and Herzegovina Milorad Dodik and President of Republika Srpska Željka Cvijanović.
Belgrade,
16th May 2020
Share