The President of the Republic of Serbia Aleksandar Vučić attended today the ceremony of awarding employment contracts to the best graduates of medical faculties and medical high schools in Serbia and said that he is proud of all those who have worked and studied hard and who are ready to take on the most important job in the country. 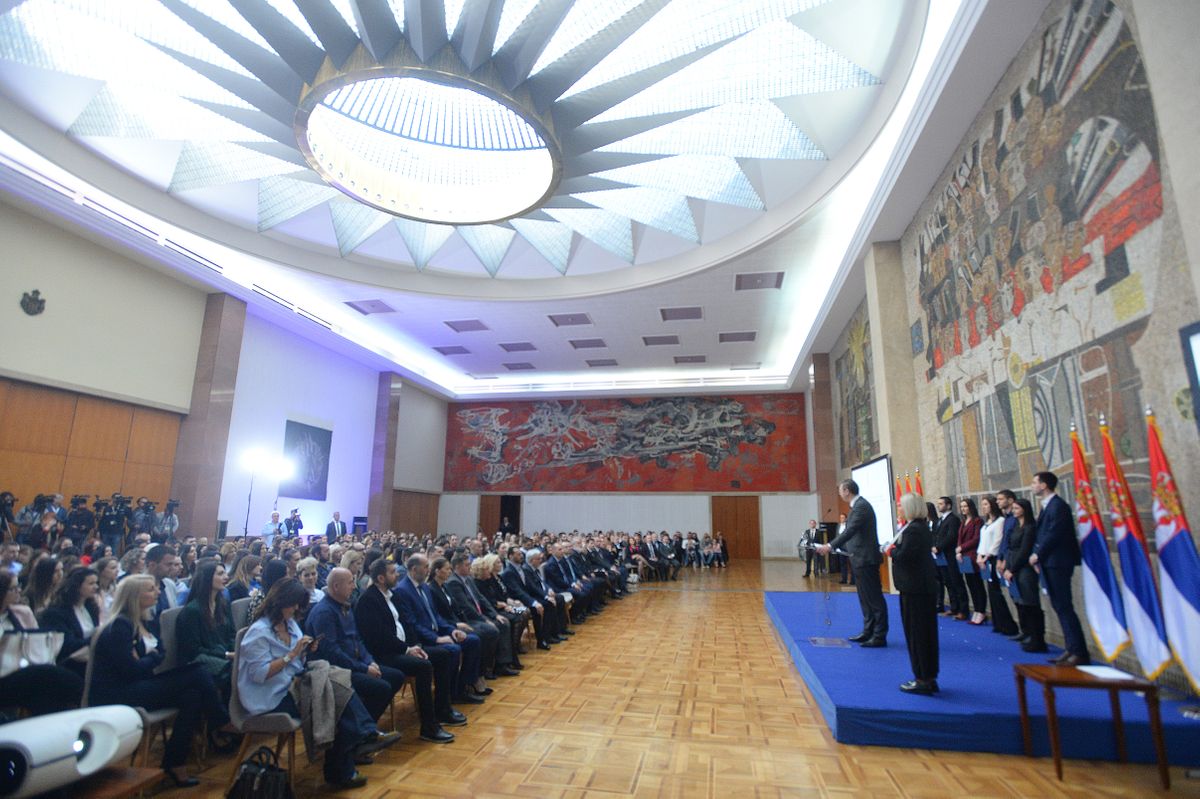 "Amazing young people, this is the third time I have attended such an event and I am happy that you see your future in your country. I want to show how important it is for our country to have programmes like this and to do this important work together with you. I am proud of all of you who have worked and studied hard and who are ready to take on the most important job a country can have and that is - to help other people," said President Vučić.
President Vučić pointed out that parents of the best young doctors and health professionals should be proud of their children who have proved to have a goal and that they can reach it, and added that they should be even more ambitious while the state will do what is necessary so that they can advance further on.
"In just six or seven years we will double the earnings from 2014, perhaps even more than that. You can count on more every year, but we will also ask you for more and more discipline, responsibility and more work, no matter how difficult it is," said President Vučić. 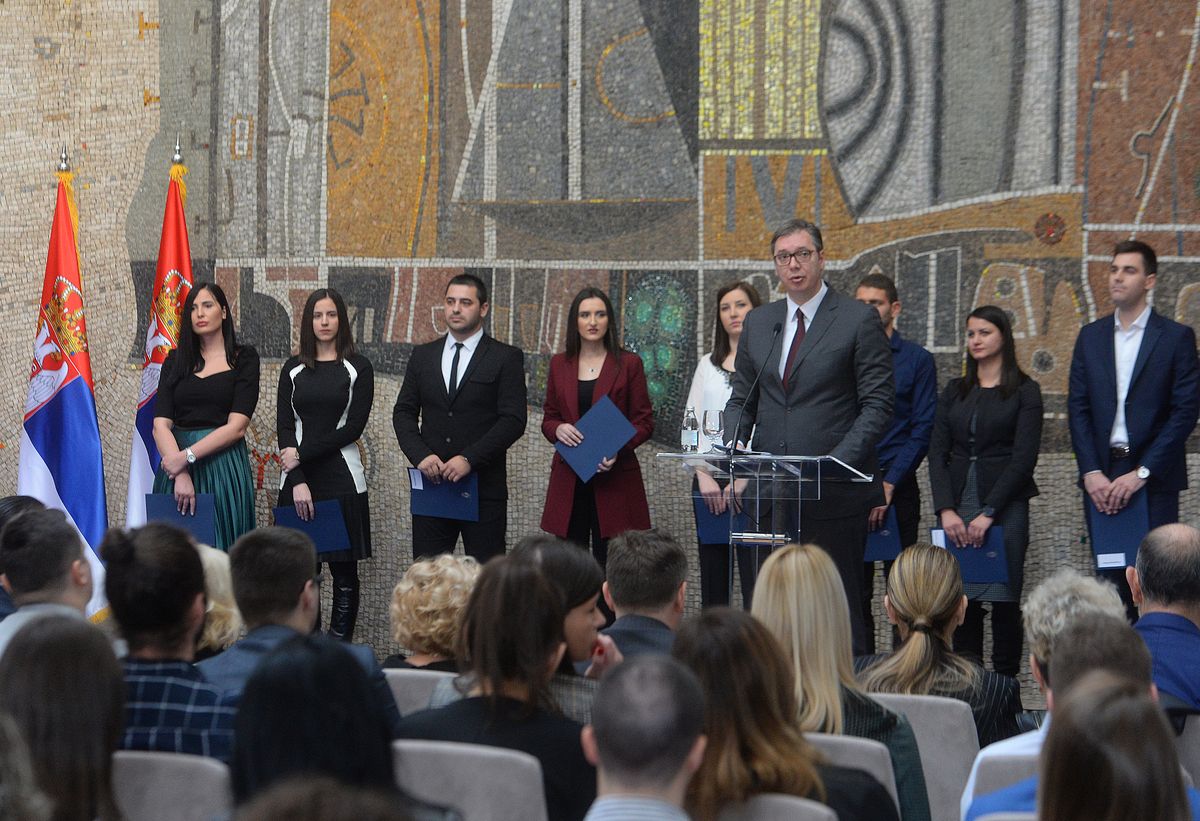 President Vučić pointed out that one-fifth of the state budget, about two billion and two hundred thousand dinars, is spent on health care in Serbia and added that the state will invest even more in the future, that salaries for doctors and nurses will be drastically increased in the future, and that infrastructure will also be addressed.
"We build today more than ever," said President Vučić, adding that the Clinical Centre in Niš is completed, that the Clinical Centre in Belgrade will be finished in a year and a half, and that the clinical centres in Novi Sad and Kragujevac will be completed as well.
President Vučić also said that many problems still persist in the health care service, stating that people oftentimes call him to ask for help for their children, parents and the loved ones.
"If you have no other solution than to communicate the President, then we have a myriad of problems," said President Vučić. 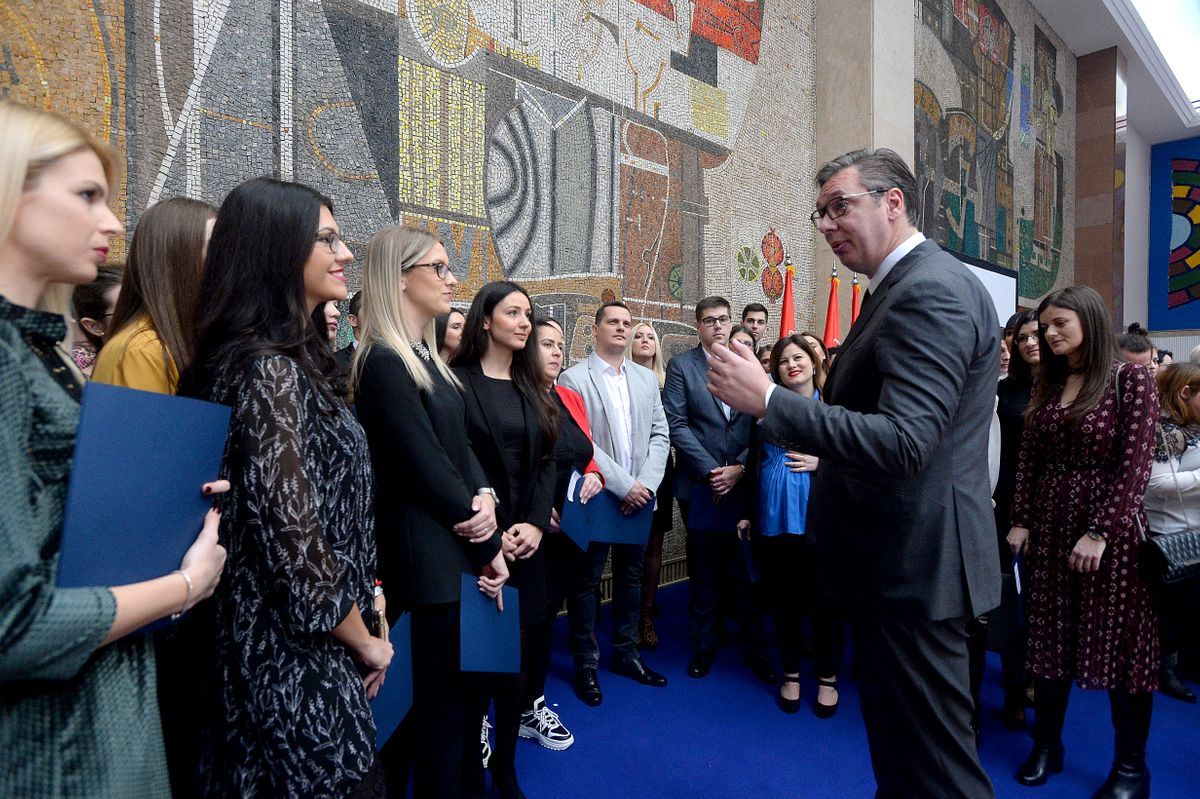 Today, more than 100 top medical faculty graduates and 100 top medical high school graduates have been awarded employment contracts at the Serbian healthcare institutions, and five of the best young doctors and three top medical graduates have been handed the contracts by the President of the Republic of Serbia, Aleksandar Vučić.
In addition to employment, the young doctors were also granted specialisation and doctoral studies at government spending.
In June this year, employment contracts were awarded to a group of 100 most successful graduates of medical faculties in Belgrade, Novi Sad, Niš, Kosovska Mitrovica and Kragujevac. 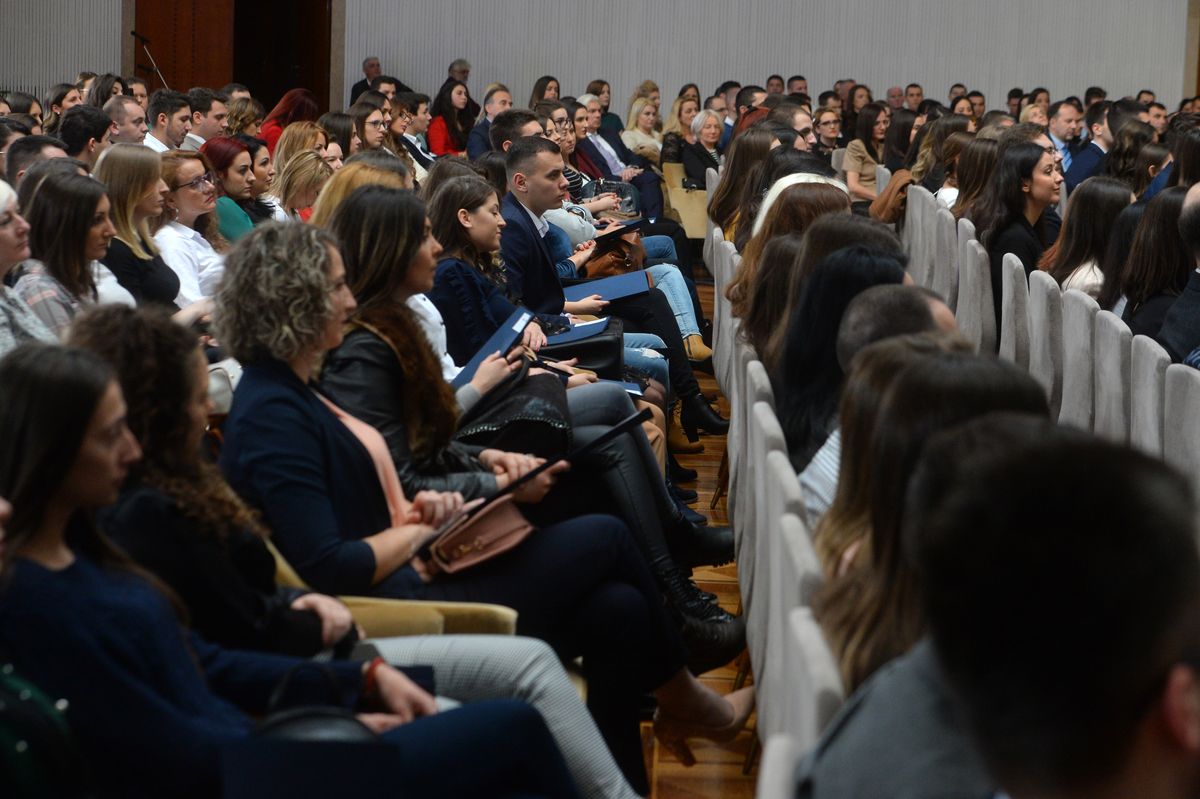