President of the Republic of Serbia Aleksandar Vučić and President of Hungary János Áder who arrived for the official visit to Serbia, uncovered today the monument to János Hunyadi, known among the Serbian people as Janko Sibinjanin. 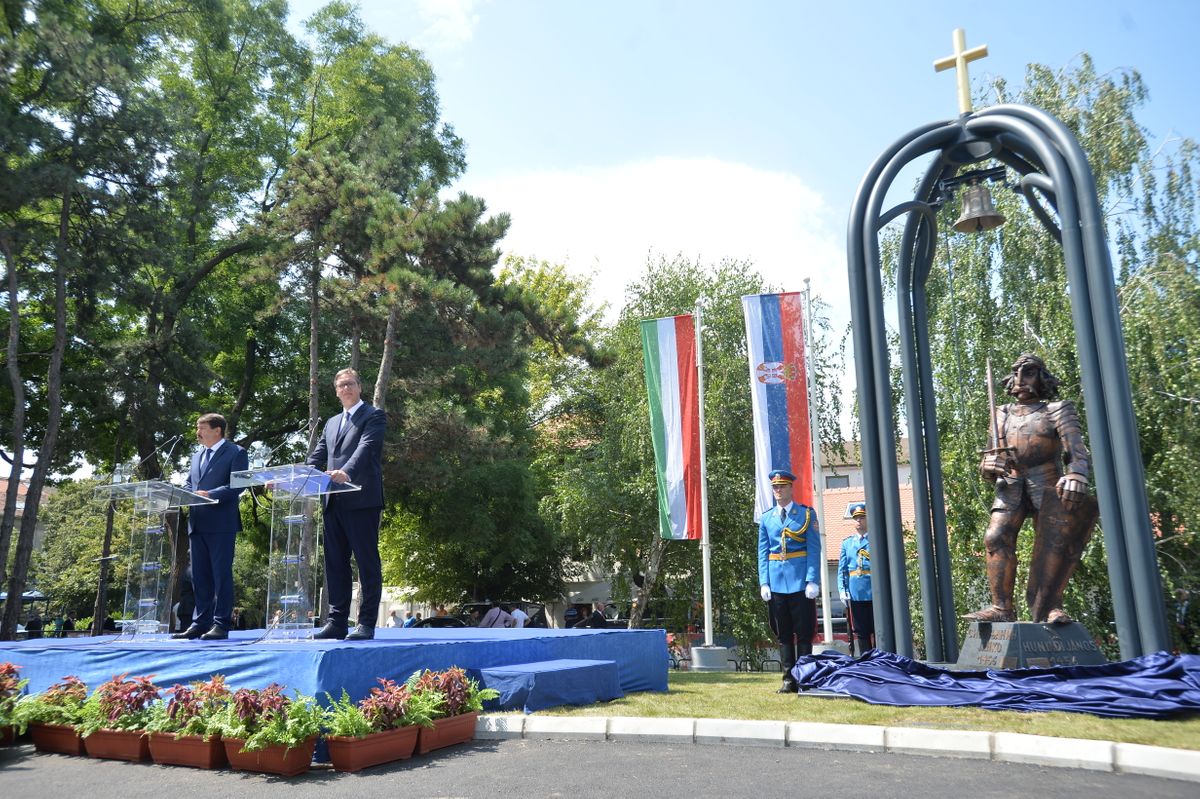 President Vučić said that Hungary and Serbia today live the dream of Janko Sibinjanin – to have a common policy, to fight for the common values and interests of Serbia and Hungary, of the Serbian and Hungarian people.
President Vučić said he was proud because from relatively poor relations between Serbs and Hungarians we attained the best relations in our history, as we respect each other and cooperate better than ever.
"We take care of each other, we do not see problems anymore but rather the pursue the avenues for better cooperation. It is not unexpected that Hungary which used to be the twelfth ranking trading partner of Serbia, now ranks as the fifth”, added President Vučić. 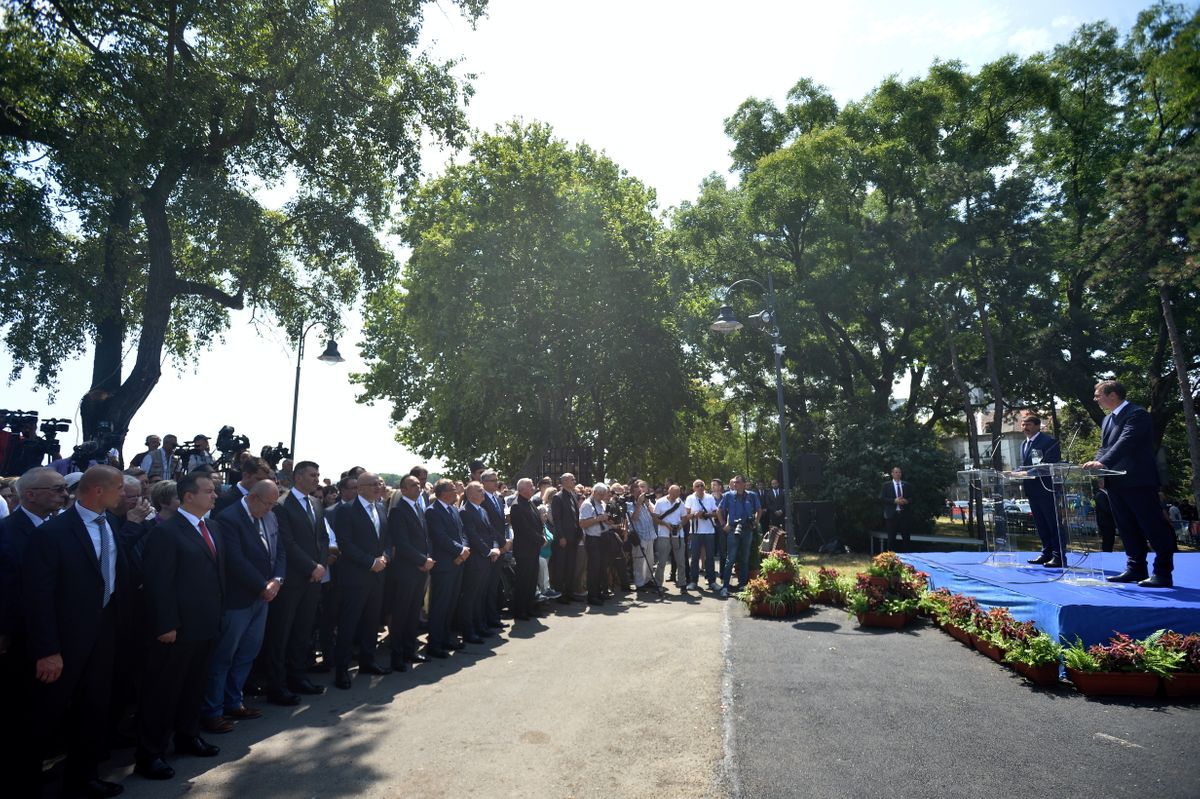 President Vučić noted that perhaps there is no greater honour for Janko Sibinjanin than the fact that so many people claim him to be their hero, and what is so particularly good and important in that respect – there are no disputes about it.

"Everyone considers this great Hungarian man of Vlach origin, born in Romania and raised in Serbia, as their own, and everyone owes to this greatest Medieval warrior from this region", said President Vučić.

Any name given to him by the people from this region is correct, because Hunyadi gave himself for these lands, for Christian Europe, and to all the people and the common history. "He fought for the Balkans, Europe and freedom of all of us with huge ardour and faith", added President Vučić.

President Vučić reminded that Hunyadi and his fighters for Belgrade halted and made Mehmed II - the conquerer of Constantinopolis - run off and that one thing ever since then until the present day remained unchanged – every day at noon, according to the order of Pope Callixtus, the bells toll to the honour of Hunyadi.

President Vučić also added that it was the descendants of János Hunyadi who set the foundations of the Hungarian state.

President Vučić expressed his gratitude to the Hungarian President and Prime Minister, János Áder and Viktor Orbán, for all they did to advance the relations of the two countries, as well as to István Pásztor, the President of the Assembly of Vojvodina, for his efforts and energy invested in the development of the Serbian-Hungarian relations. 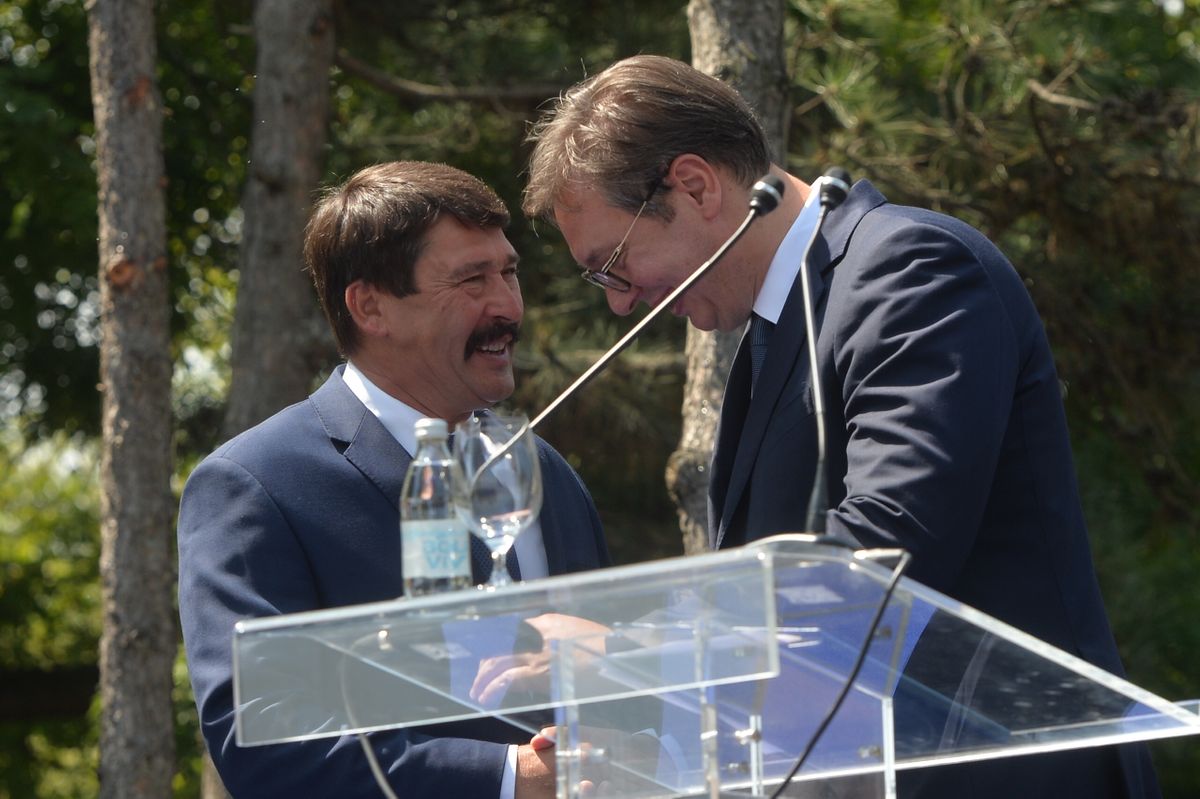 At the ceremony of uncovering of the monument in Zemun, President of Hungary János Áder said that there are two symbols noticeable on the monument – a cross and a bell: the cross which symbolises the sacrifice for the defence of Europe, and the bell which conveys the message on unification and the victory won under the leadership of János Hunyadi.

"Sibinjanin devoted his entire life to the defence of the homeland and to ousting of Turks - weapons and war denoted his life", said President Áder and added that a famous chronicler of the time perceived Sibinjanin as a man of fate destined for the defence of the country.

President Áder also said that in the aftermath of that famous battle in 1456, the Hunyadi's name became the symbol of struggle against the Turks across Europe. 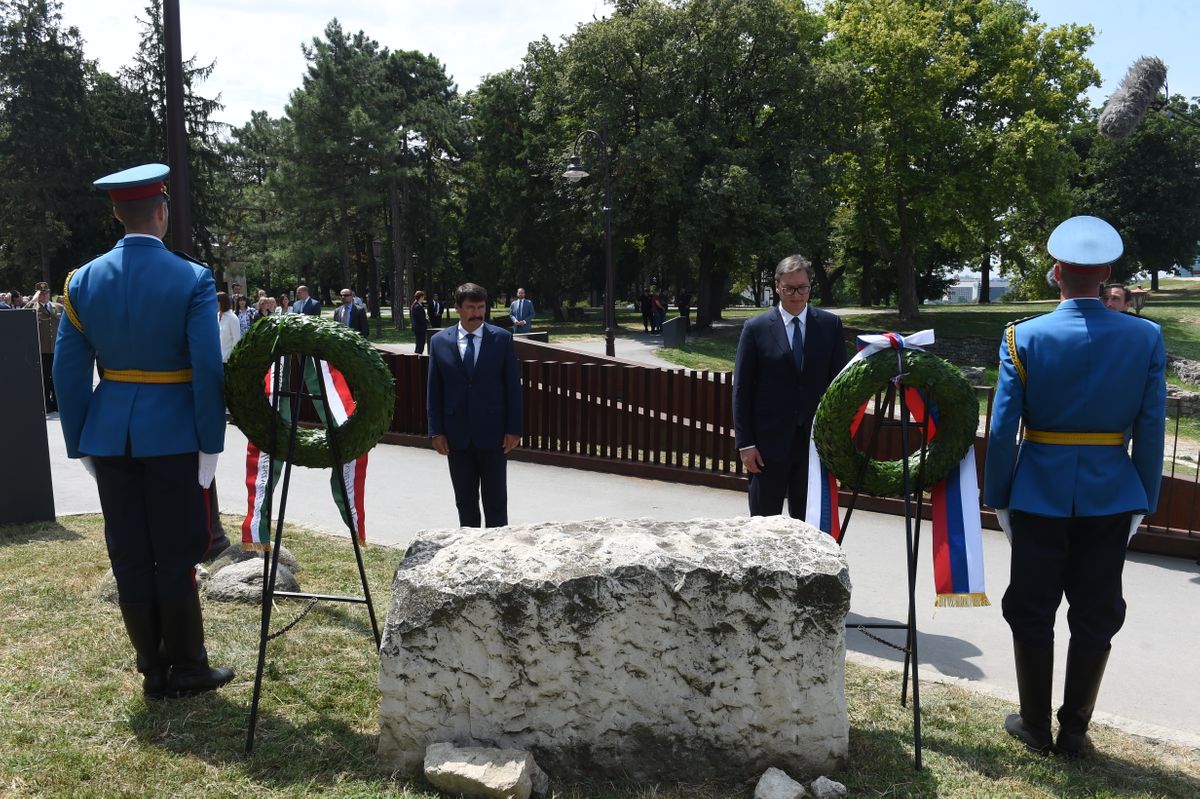 President Vučić and President Áder laid wreaths on the memorial monument "Siege of Belgrade 1456" in Kalemegdan, at the place where the defenders of Belgrade headed by Janko Sibinjanin won the great victory over the Ottoman Empire on the 22nd of July 1456.

The two Presidents were greeted in Kalemegdan by numerous citizens, who praised them with applause.

After laying the wreaths, the Presidents took a stroll in Kalemegdan and President Vučić showed President Áder the panorama of Belgrade indicating the important geo-strategic position of Serbia's capital throughout the history. 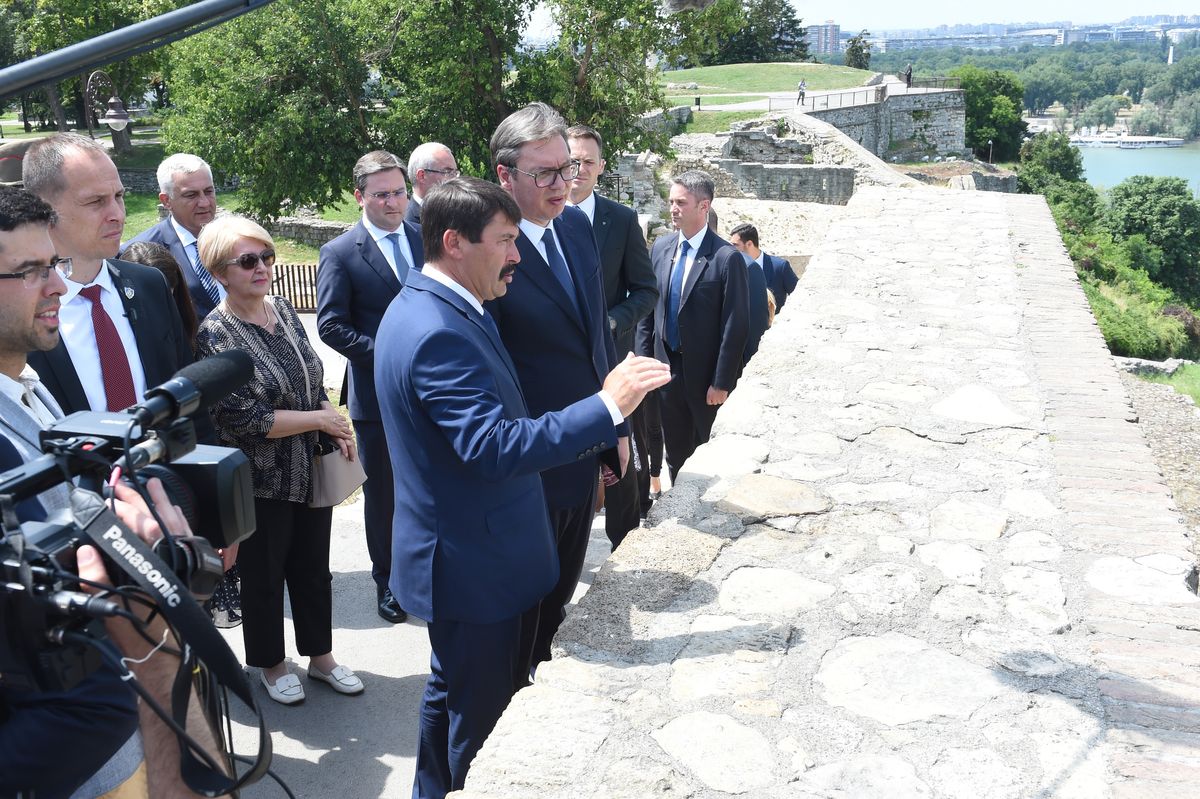