President of the Republic of Serbia Aleksandar Vučić laid today a wreath in the Donja Gradina Memorial Centre, on the occasion of the Day of Remembrance for the victims of the NDH crime-genocide in the Jasenovac concentration camp and its largest execution site in Donja Gradina. 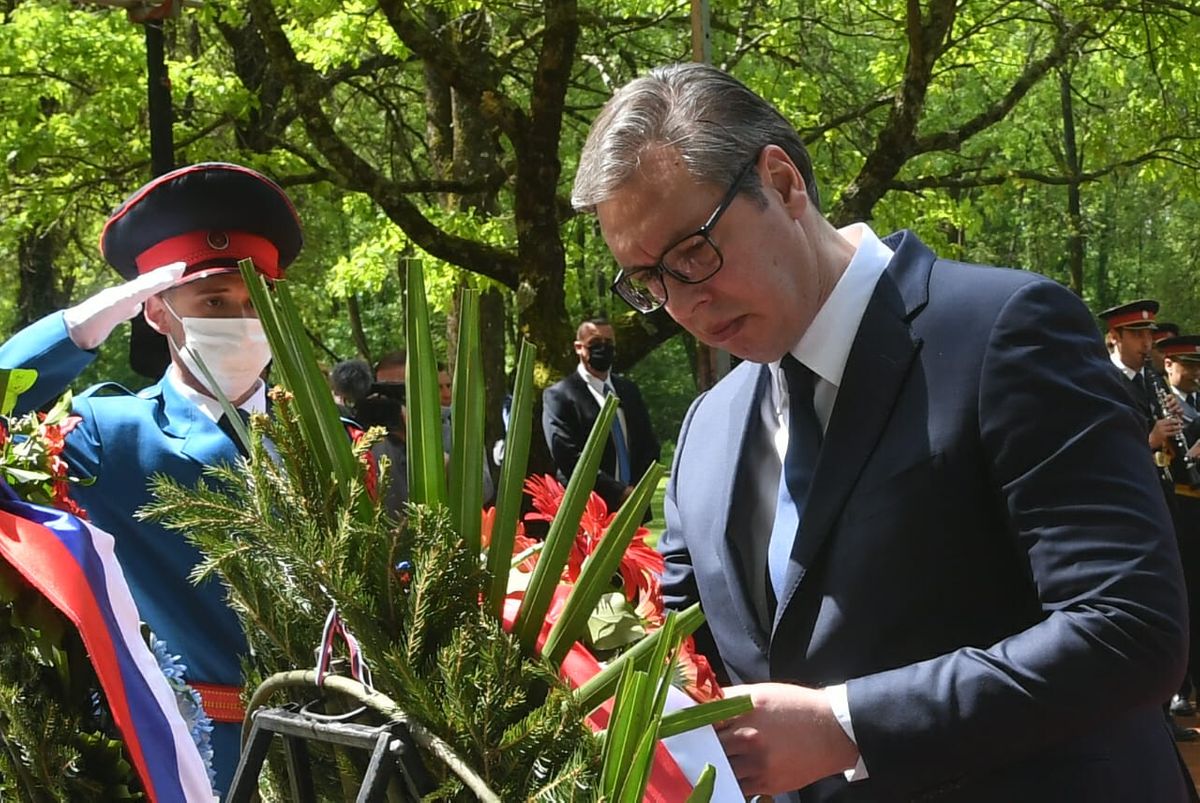 President Vučić pointed out today in the Donja Gradina memorial complex that peace is important to Serbs, that we must be part of the international community, but that by preserving the memory of the crime we prevent such a crime from happening again, as it happened in this area in the NDH.
"Common sense is all that is left for us and the only answer to such a calamity. Common sense will find other reasons for life and that will warn of the extent of evil. The common sense that will see that we in this area must live together because death is no answer, no solution. Serbia today is based on that common sense, that is our strength", said President Vučić, adding that the new crimes such as Jasenovac and 'Storm' operation will not happen to our people again.
"We must speak out because this kind of crime can happen to anyone else tomorrow. We must prevent it in time by pointing out what happened to us, but not sparing ourselves, saying when we sinned and committed crimes", the President emphasised and added that we are here today to show respect to those who suffered, but also to prevent this crime from happening ever again. 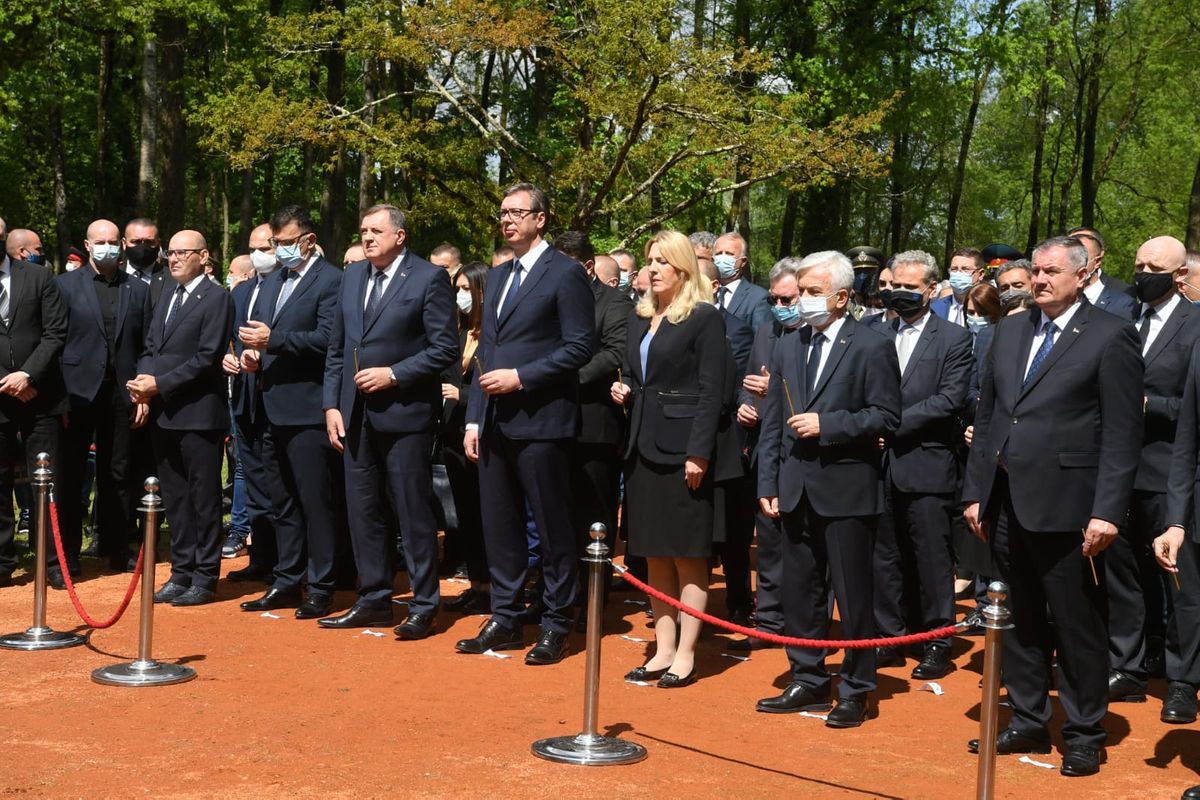 "We will build the largest memorial complex in Donja Gradina and I believe that next year we can start the construction. It will be financed by Serbia and Srpska. We must be part of the world, but to turn to ourselves, to strengthen our economy, we will continue to strengthen our army and no one can stop that, because Serbia is a free, independent and sovereign state," the President said.
President of the Republic of Srpska, Željka Cvijanović, pointed out that this year, the Day of Remembrance for the victims of the Ustasha crime is being marked with the leadership of the Republic of Serbia to preserve the memory of the victims killed most horribly.
"The German Nazis were also appalled by the brutality of the crimes in the implementation of the extermination policy, and thanks to the survivors of the Jasenovac breakthrough, the truth about the Jasenovac death camps was enabled to see the light of day that we must preserve from any form of historical revisionism", Cvijanović said. 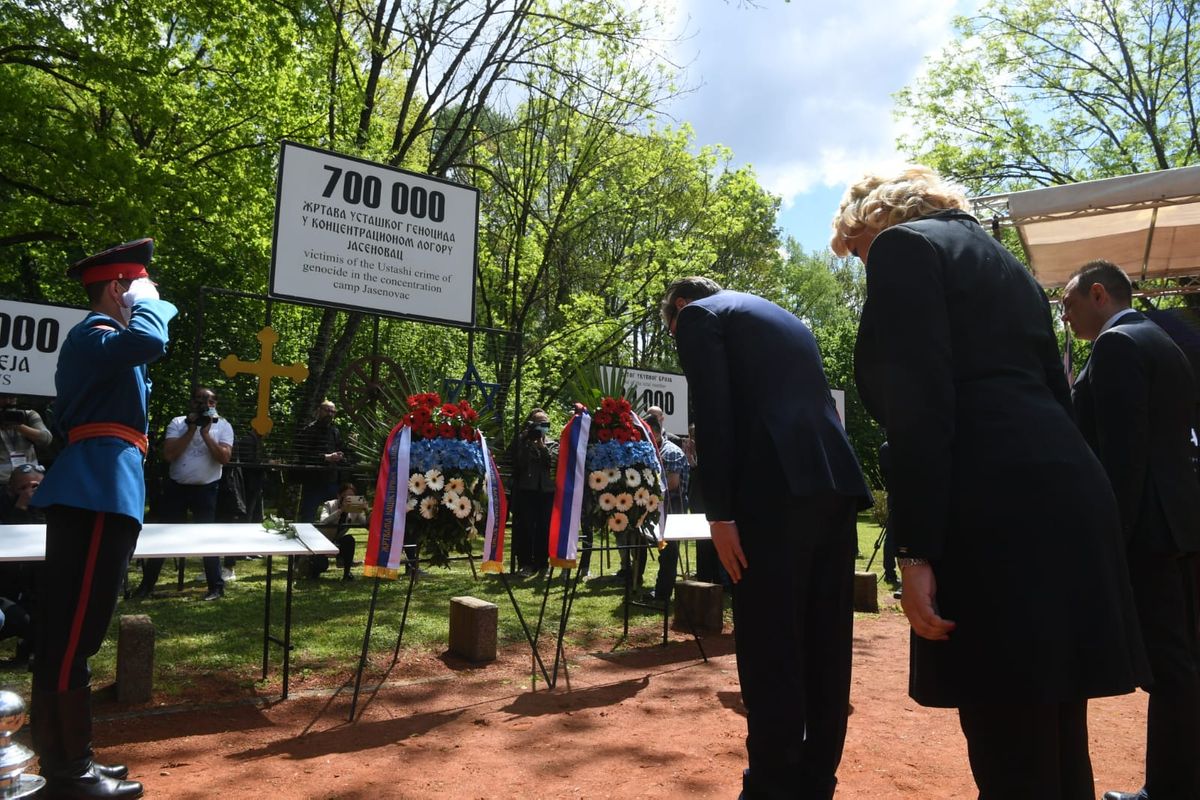 According to her, nurturing historical memory is important both for the victims and for the future that we can build only if we learn from our own mistakes.
The Serbian member of the Presidency of Bosnia and Herzegovina, Milorad Dodik, said in Donja Gradina that Jasenovac was "the terrible, sad place of crimes committed by the Independent State of Croatia and the place of his growing up, memory and remembrance".
"I love my people, the Republic of Srpska and Serbia. I do not hate anyone and I want us to live in peace. And our synonym for peace is the Republic of Srpska. Serbia and the Republic of Srpska are a guarantee of peace in the Balkans," Dodik said. 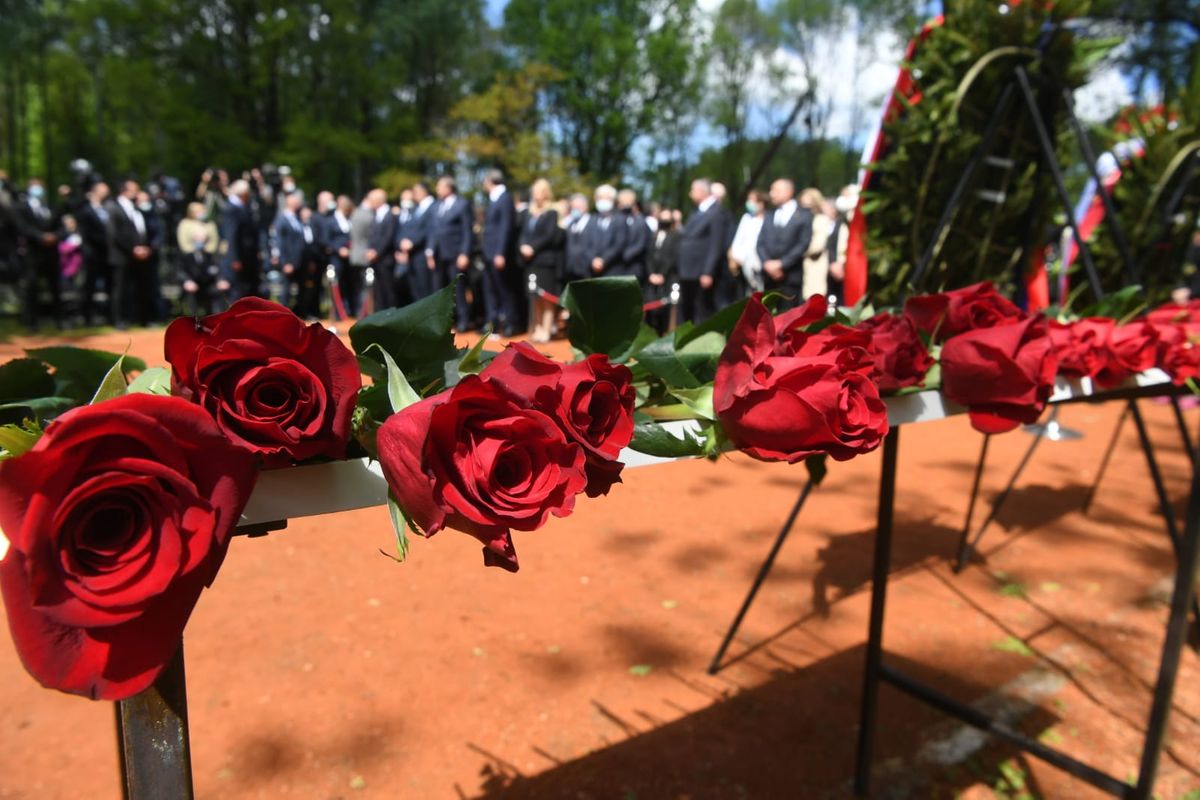 Representatives of the Roma and Jewish communities, camp survivors and their descendants, representatives of foreign embassies, as well as political parties from the Republic of Srpska also paid tribute to the victims.
Share