President of the Republic of Serbia Aleksandar Vučić attended the marking of the Remembrance Day of all the killed and expelled Serbs in the military action "Storm" and said that only when united - we can do all. 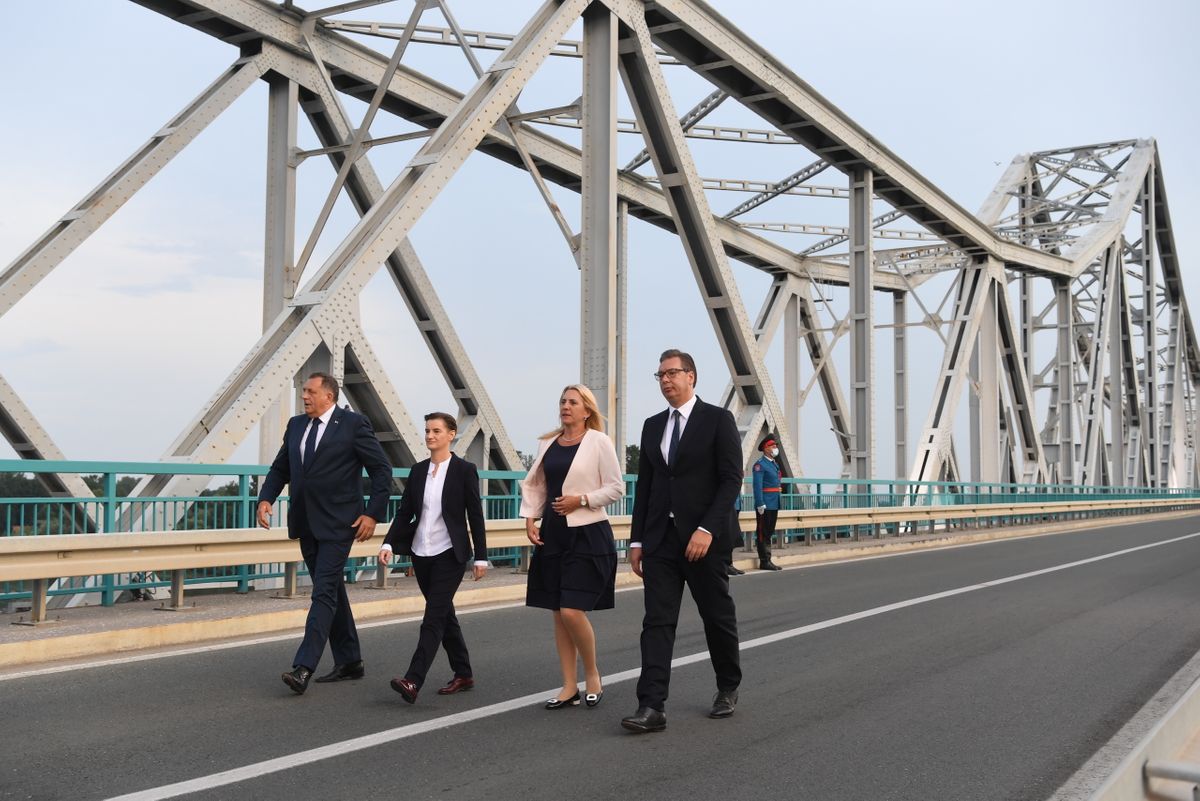 "When we are united - we can do everything, and when separated - we can do nothing. I am proud because the Serbian tear has many parents after many decades. I am proud because they failed to forbid us to bear the Serbian name and surname. I am proud because - after many decades - Serbs have, in the true sense of the word, their free and independent state that can and must stand up in defence of Serbian graves, but also Serbian life and our future," said President Vučić.
President Vučić reminded that Serbia and the Republic of Srpska had been jointly marking the suffering of Serbs since 2014. 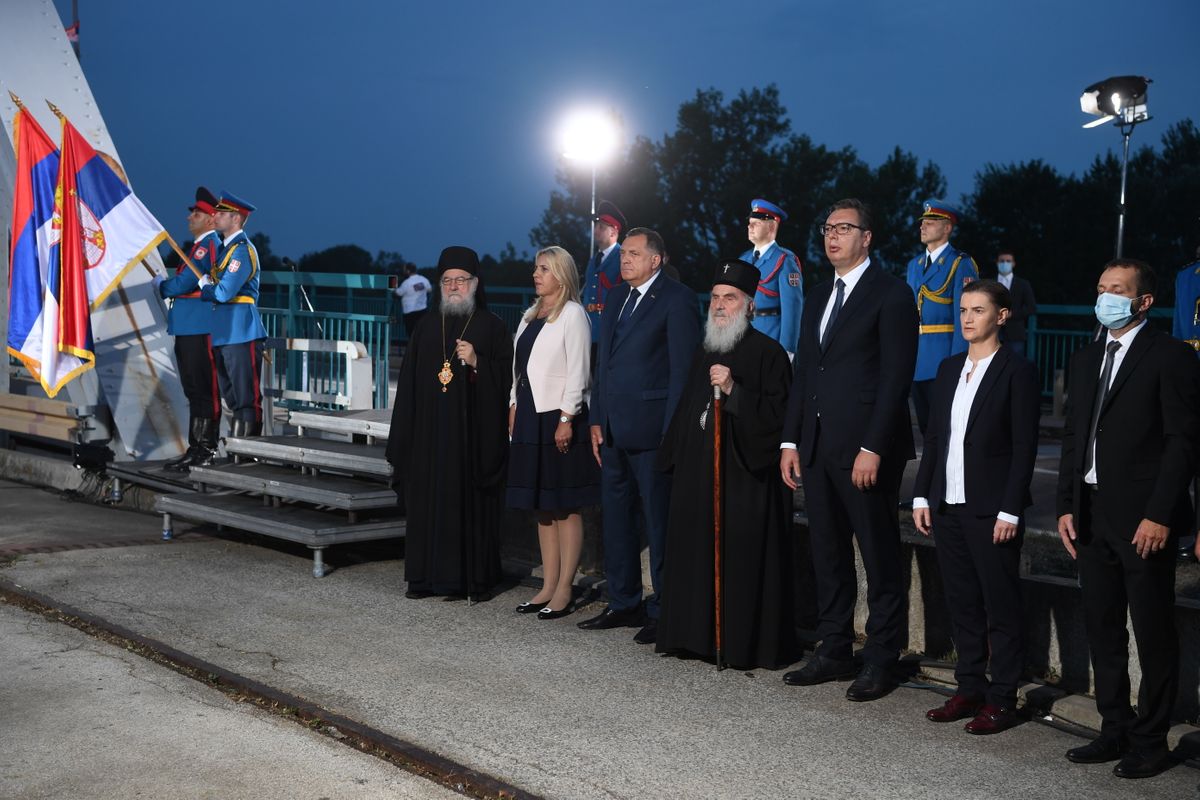 The President emphasised that we must, without keeping silent about the crimes that our compatriots also committed, point out all the horrors that Serbs had been through.
"We have to show them that they did not succeed in those plans and that we - as Serbia and Srpska - managed to say 'no' to lies and raise our heads and say without insulting that Serbia lives and will not disappear and will not bear the mark of shame that was given to it," he said.
Responding to calls to celebrate the anniversary of the 'Storm' in the name of reconciliation, and thus the suffering of Serbs in Croatia, President Vučić said that Serbia did not force anyone to recognise the genocide, but merely to show reverence for the victims, as Serbia had the strength not to silence crimes committed by Serbs. 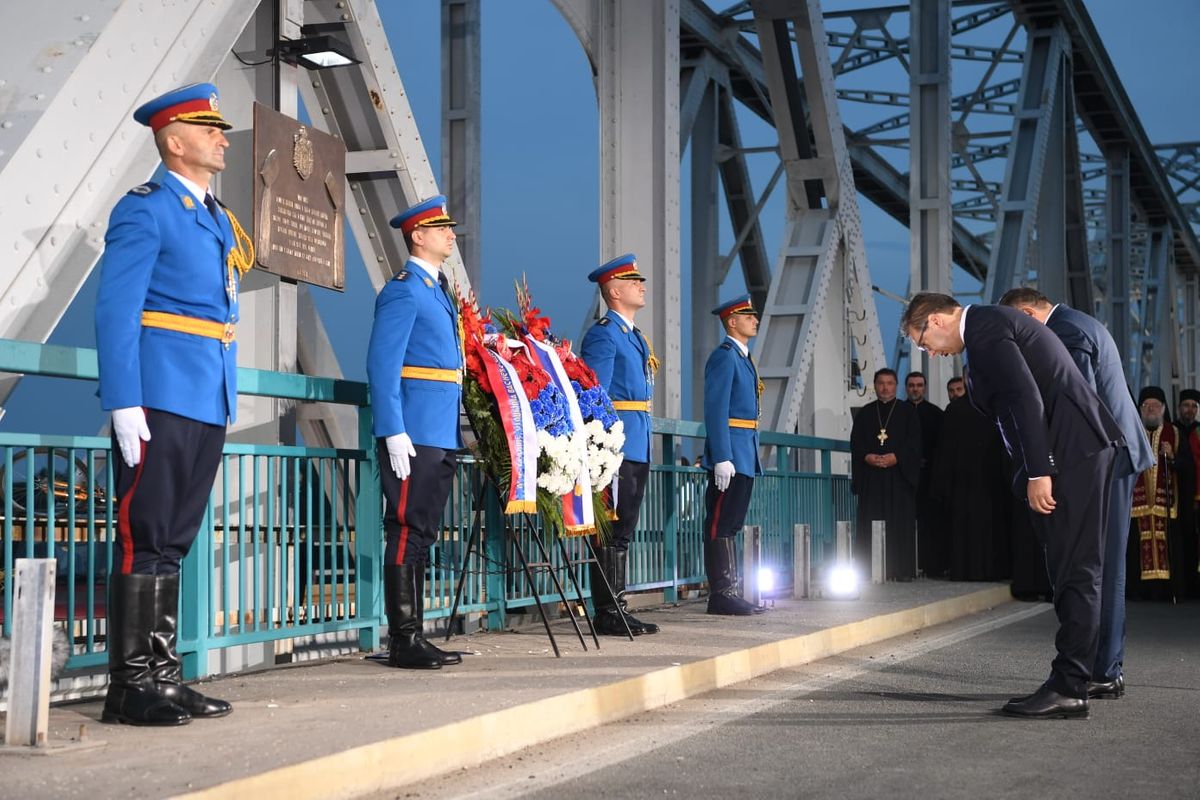 "We never forced you to admit the genocide committed against the Serbian people, which is something so obvious, we just asked you to show reverence for the Serb victims. You do not even have to show fake tears. Just say that we know that an entire nation died in Jasenovac because it bore the wrong last name," said President Vučić, adding that Serbia will never agree to such humiliation to celebrate the tragedy of the Serbian people and the killing of Serb civilians, Serb children...
As for those who are silent about the most severe crimes of World War II and the most intricate ethnic cleansing after World War II such as the 'Storm' - it is our part to tell them that we want reconciliation and peace: reconciliation - yes, always; but humiliation - never," said President Vučić. 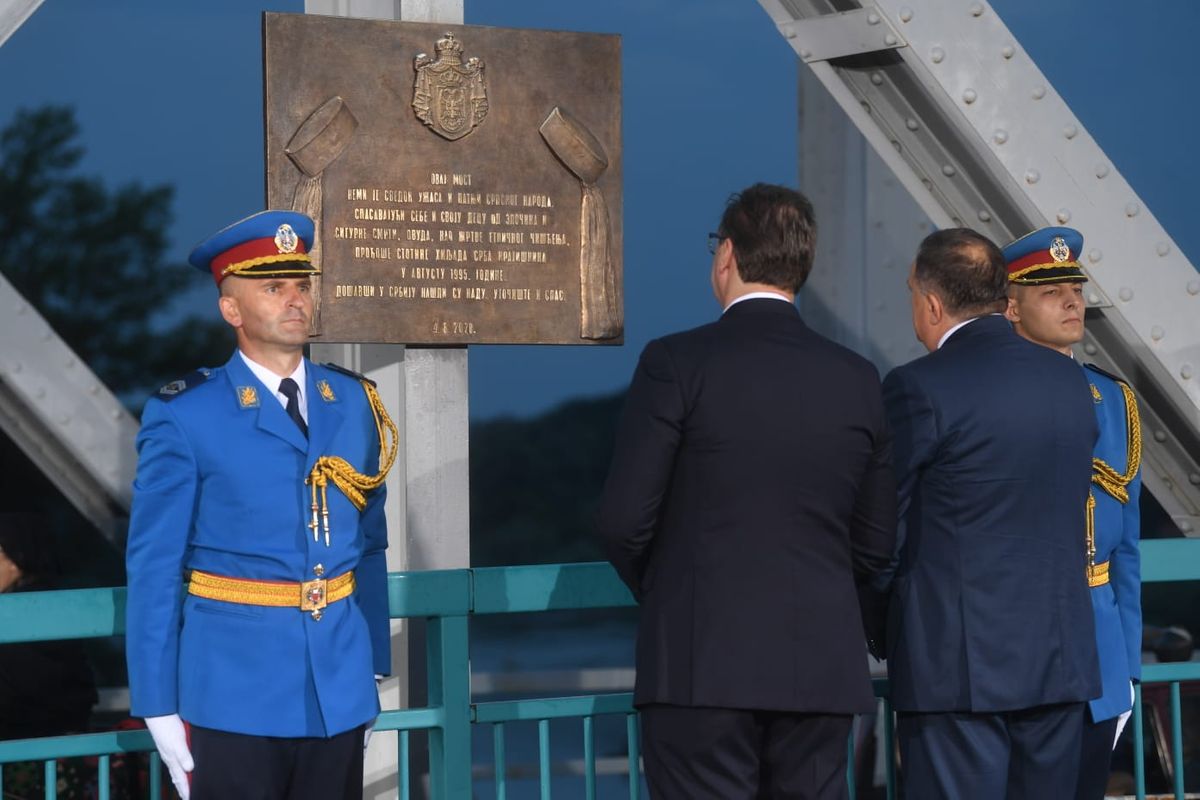 President of the Republic of Serbia Aleksandar Vučić and the Serbian member of the Presidency of Bosnia and Herzegovina Milorad Dodik, unveiled earlier tonight a memorial plaque on the Rača bridge in memory of all Serbs who were killed and who the ones who crossed it on the way to Serbia after being expelled during the "Storm".
Serbian Patriarch Irinej, Prime Minister of the Republic of Serbia Ana Brnabic and President of the Republic of Srpska Željka Cvijanović also attended the commemoration of the Remembrance Day for all Serbs who died and were expelled in the military action "Storm".
Share