President of the Republic of Serbia Aleksandar Vučić met today with the Politburo member of the CPC Central Committee and the Director of the Central Foreign Affairs Commission Office Yang Jiechi, to discuss the partnership between Serbia and the People's Republic of China, joint infrastructure projects in our country, and combating the coronavirus pandemic. 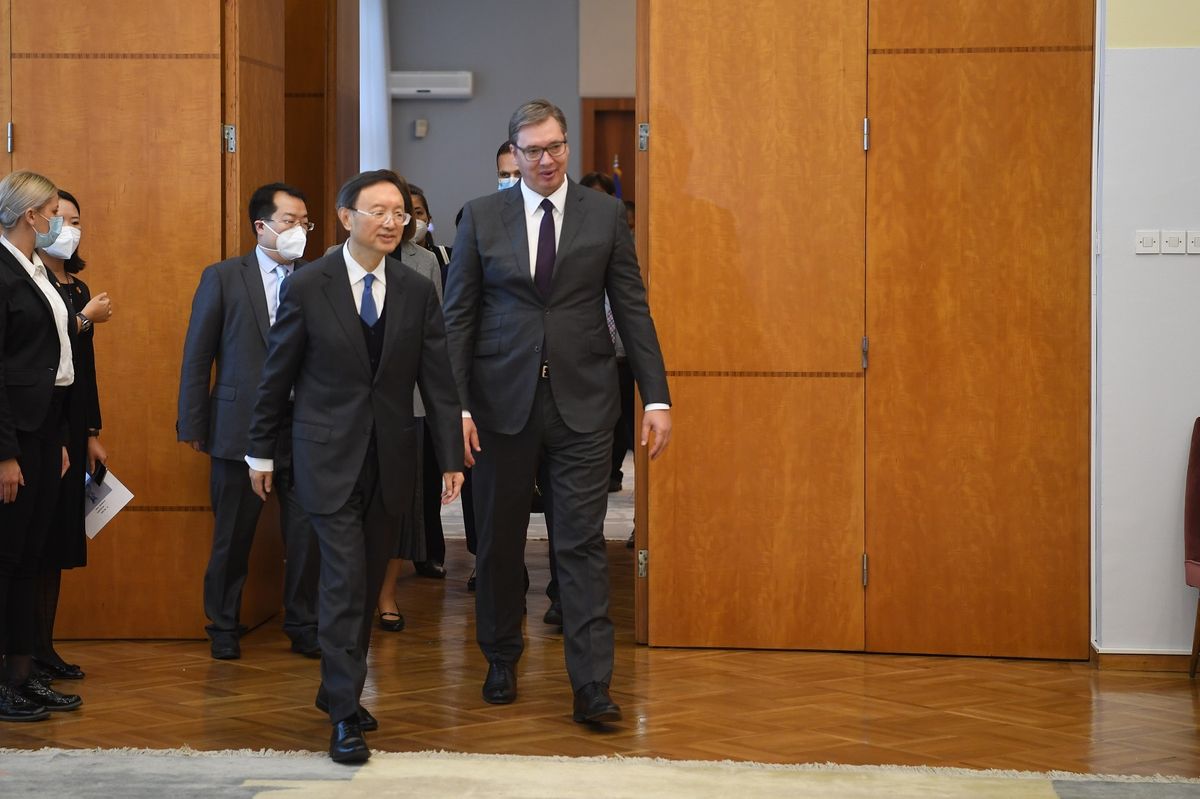 "Estimated Mr Yang Jiechi, it is my great pleasure that today we have the opportunity to host you in Belgrade and Serbia. We welcome you, and please do feel at home in our country. We want you to visit our country as often as possible. Thank you for the special message you brought to me from our great and sincere friend and great leader, President Xi Jinping. Thank you very much and convey my heartfelt greetings to the President of the People's Republic of China Xi Jinping. Our two countries maintain a sincere friendship, and we are developing relations in all spheres of social life. We will not forget the visit of President Xi to Smederevo when through personal engagement he saved and preserved jobs for more than 5,000 people directly, and indirectly for 10,000 to 12,000 people," said President Vučić at the beginning of the meeting of the two delegations. He added that trade exchange between Serbia and China marks a year to year growth and that in the first eight months of this year, despite the coronavirus pandemic, the trade will exceed the level of the previous year.
"It is almost unbelievable and perhaps the only case with any country in the world," President Vučić pointed out. He asked the People's Republic of China to consider further investments in Serbia. 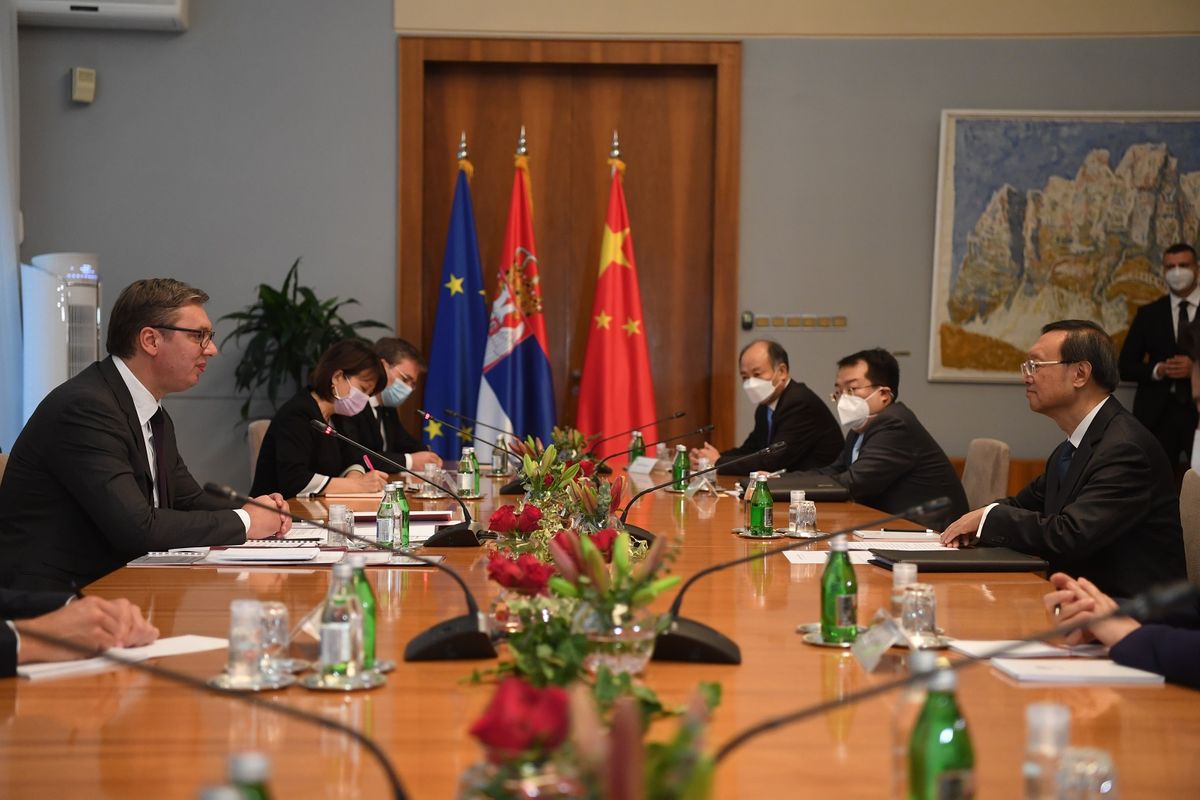 "We will have new arrangements and contracts on various infrastructure projects, which imply a better living standard for citizens and a solution to their decades-long problems, at all times to the mutual satisfaction of our peoples," said President Vučić. He thanked Chinese President Xi Jinping, the People's Republic of China and the Communist Party as the bearer of the development of the great country, for supporting the territorial integrity of Serbia, its independence, which is one of the highest values we cherish today.
"We in Serbia are aware and have already encountered different types of pressure. It is not always easy to preserve friendship with China, especially since China's share in global GDP keeps growing from year to year, so other great powers do not look favourably on it. Serbia has succeeded in that so far, and will continue to preserve its freedom to decide independently and will continue to build the friendship with China," said President Vučić, adding that Serbia is a small country in terms of size and population, but a country with a glorious history, a big heart and a country that seeks to preserve its independence and autonomy more than anything. 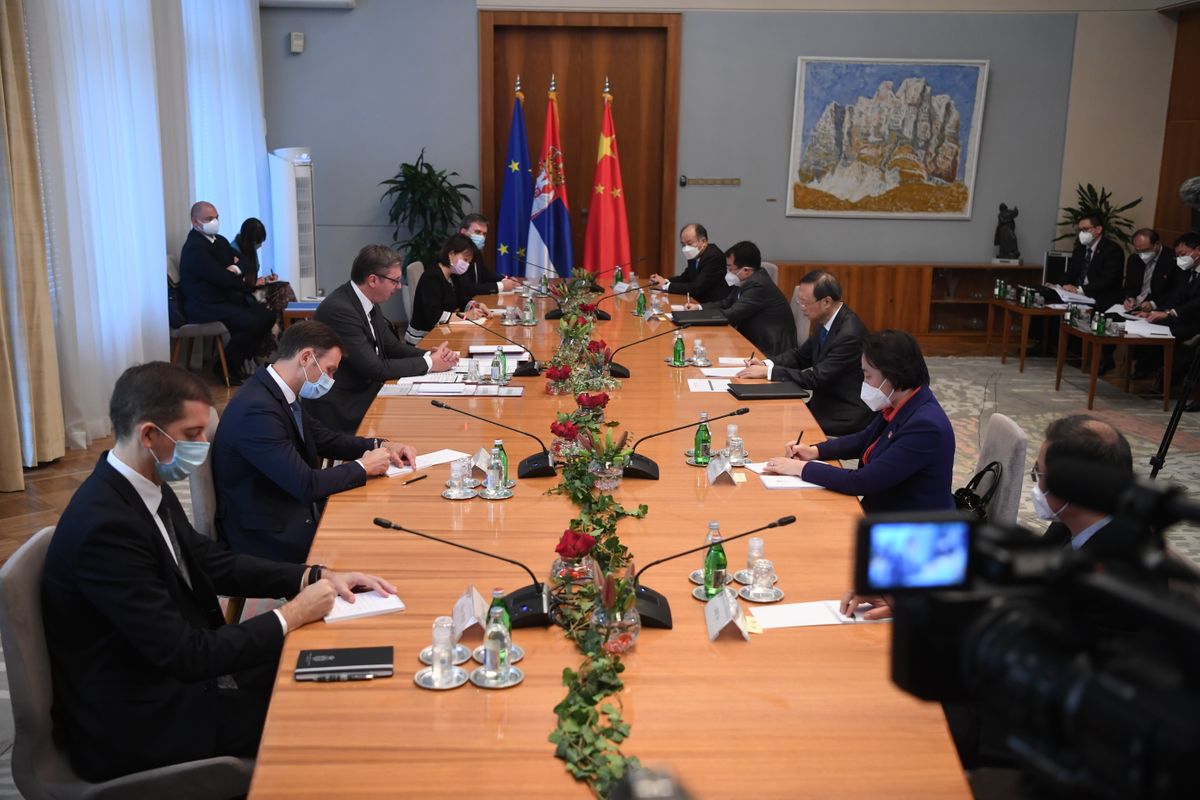 Politburo member of the CPC Central Committee and the Director of the Central Foreign Affairs Commission Office, Yang Jiechi, said that Serbia has an increasingly better international position and increasing influence. In the conversation with President Vučić, he pointed out that our country has achieved impressive successes, as well as that it is among the first countries in Europe in terms of economic growth rate.
The Chinese official stated that Serbia and China have implemented numerous development projects and that the bilateral cooperation between the two countries is excellent. He said that the People's Republic of China attaches great importance to cooperation with Serbia and said that they encourage more Chinese companies to invest in our country and do business here, adding that good relations between the two presidents and their numerous meetings provide a strong driving force for further development of cooperation between Serbia and China.
Belgrade, 12th October 2020
Share