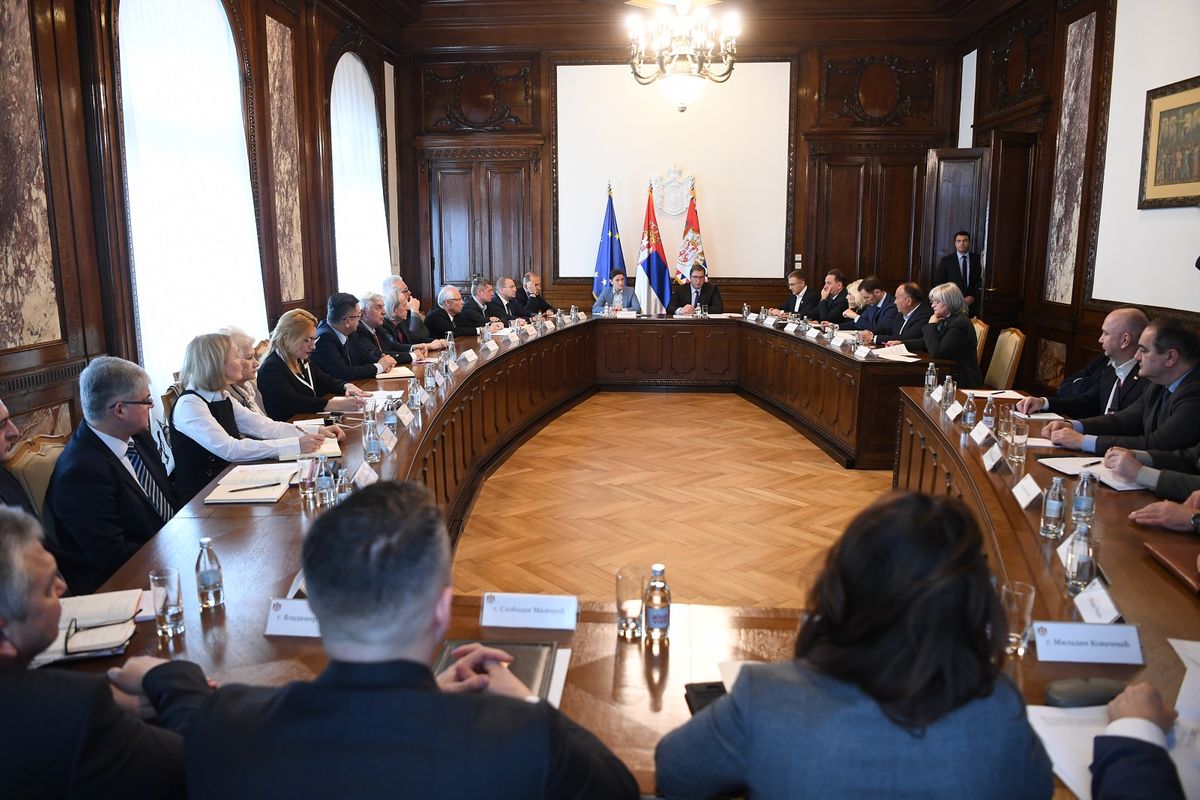 After the meeting, President of the Republic of Serbia Aleksandar Vučić said that all decisions aimed at combating coronavirus were made based on the views of the experts, not politicians.
"Everything we said at the first press conference - when we pointed out the need for a serious and responsible approach, but also appealing on the citizens not to panic and not to show fear - proved to have been fully justified," said President Vučić, adding that support of people is crucial for combating coronavirus in Serbia and not the panic. He stressed that Serbia has enough aspirators and that as of tomorrow - new quantities of hazmat suits, boots and special epidemiological masks will start arriving.
"Decisions are not made here by politicians. I do not bring those decisions, nor Ana Brnabić does. These responsible people, medical doctors, make the decisions. There is talk about school closures, but experts say there is no need for this, not even at colleges because spaces, where up to 100 people gather together, are not problematic," said President Vučić, urging the citizens to tell if they were in northern Italy or if they were in contact with anyone from that region. He added that all contacts of infected people and their movements in the previous period were examined. 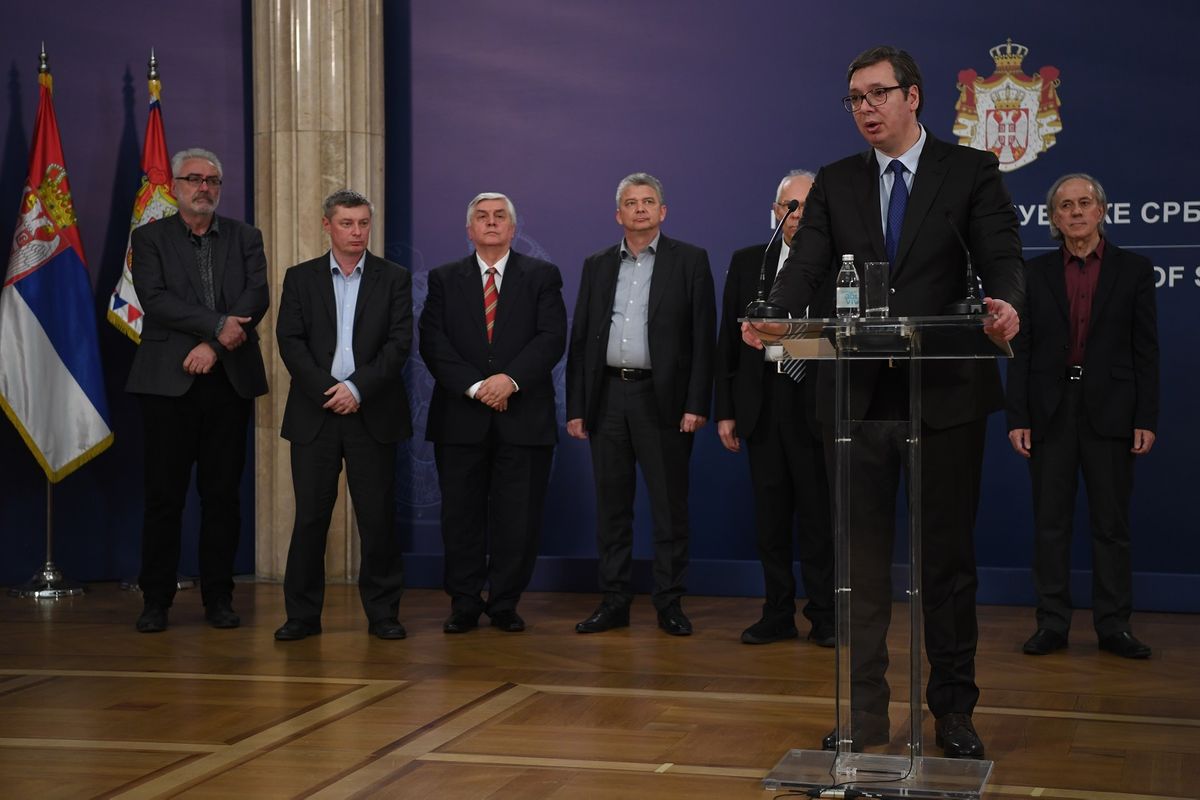 "Compared to the most developed European countries, Serbia keeps things under control in a very good way. Our services have zealously and seriously performed their jobs. This is one of the reasons why we keep this epidemic curve from exploding, as happened in the incomparably wealthier and more powerful countries," explained President Vučić, announcing that at today's Government session a decision to ban indoor meetings gathering more than 100 people will be adopted based on medical doctors' request.
President Vučić added that the World Health Organisation said that Serbia did well concerning the crisis management and announced that he will talk to partners in the European Union and seek financial assistance because of the coronavirus situation. 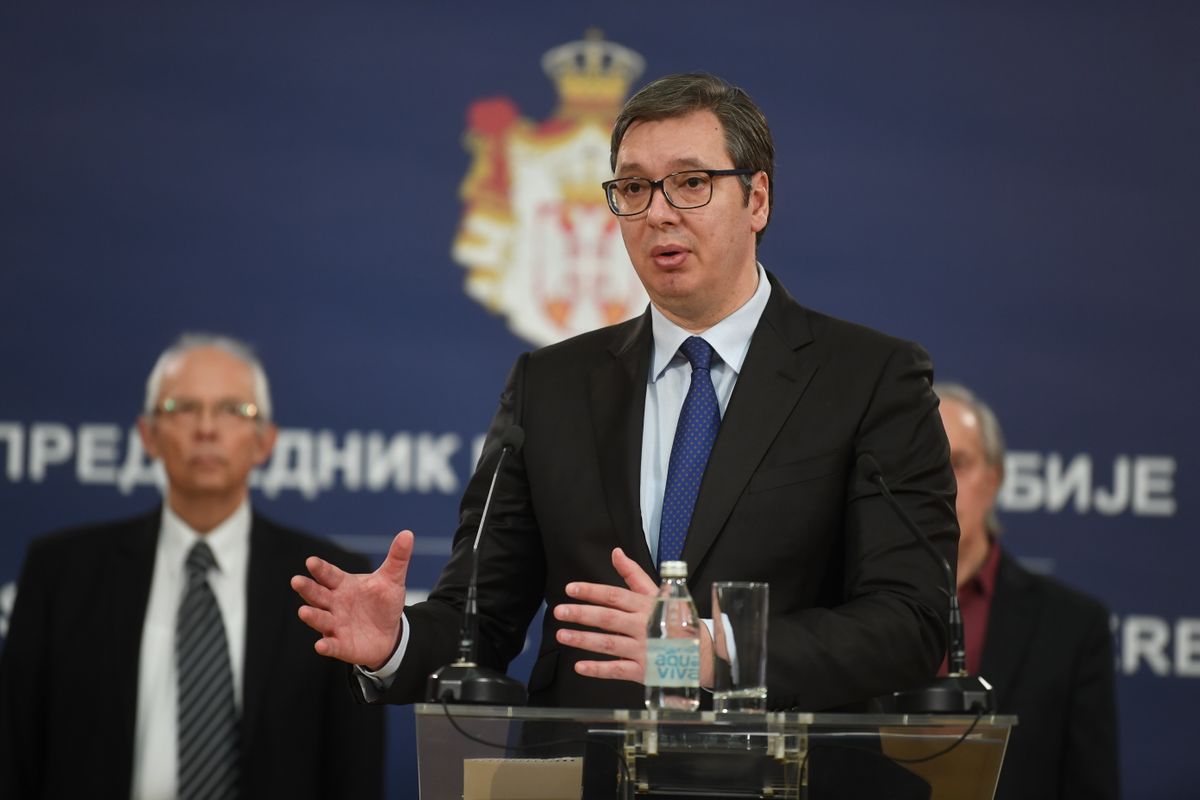 “I want to thank our doctors and medical personnel. I wish to thank the people who did not ask for vacations and sick leave; to people who wanted to help their fellow-citizens. They weren't looking for excuses; they were dealing with problems instead. I thank the people who showed how courageous they are," said President Vučić, and reiterated that all necessary measures had been taken. He added that controls would be intensified at border crossings, with the temporary closure of some smaller border crossings.
"Respirators are essential, we have provided for them, and we have enough. We also have a sufficient number of trained, amazing doctors, as well as the necessary space. It is crucial for us to help people, not to panic," said President Vučić, after the meeting with representatives of all health and other institutions involved in the fight against the coronavirus.
Belgrade,
11th March 2020
Share