President of the Republic of Serbia Aleksandar Vučić met tonight with the Special Representative of the European Union for Dialogue between Belgrade and Priština and other Western Balkan regional issues, Miroslav Lajčák, to discuss the continuation of the process of normalising relations between Belgrade and Priština and economic developments in Serbia and the region. 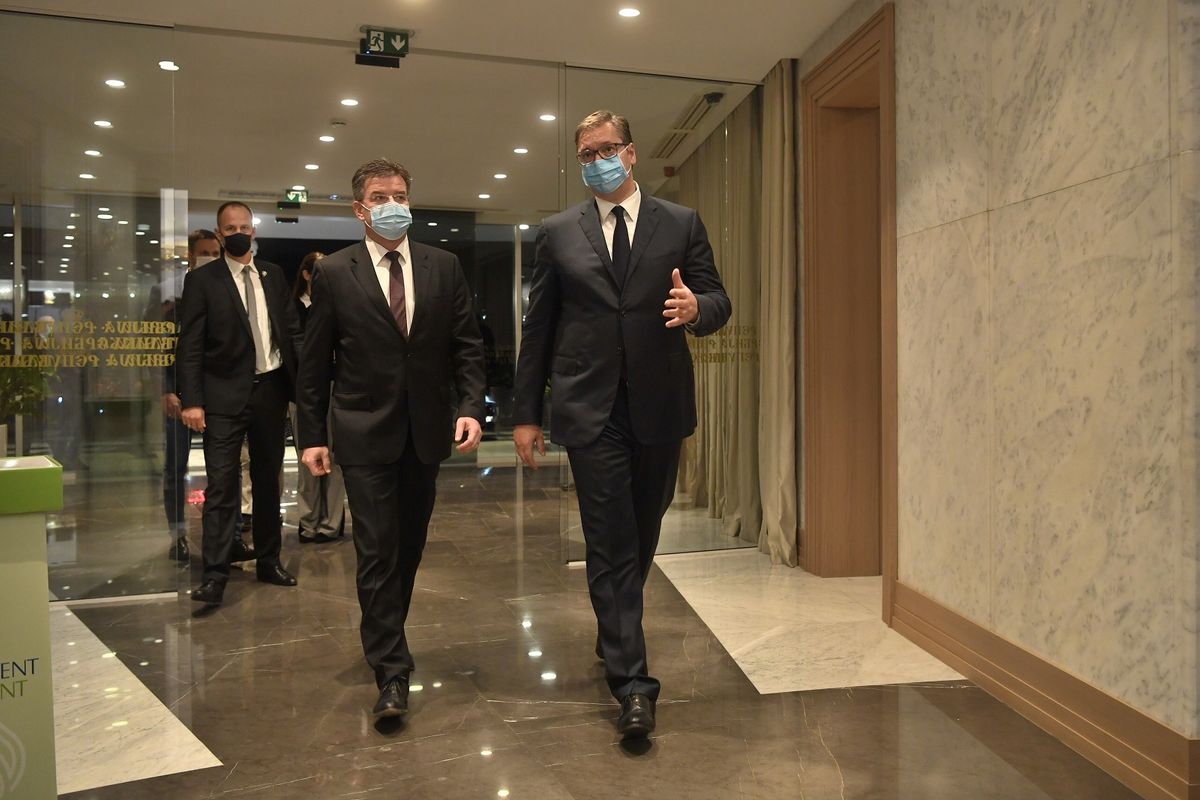 After the meeting, President Vučić said that the conversation was good, rational and serious regarding the future of the dialogue between Belgrade and Priština, and pointed out that Belgrade is ready to continue the dialogue, whenever it is scheduled in Brussels.
"We analysed all that has been achieved and what is important is that we agreed to continue the dialogue and the full commitment of the Republic of Serbia to continue that process, including the desire to reach a compromise solution to create better relations between Serbs and Albanians and normalise relations through UN and EU decisions", stated the President of Serbia. He added that during the talks he insisted on the full implementation of the Brussels Agreement from 2013. 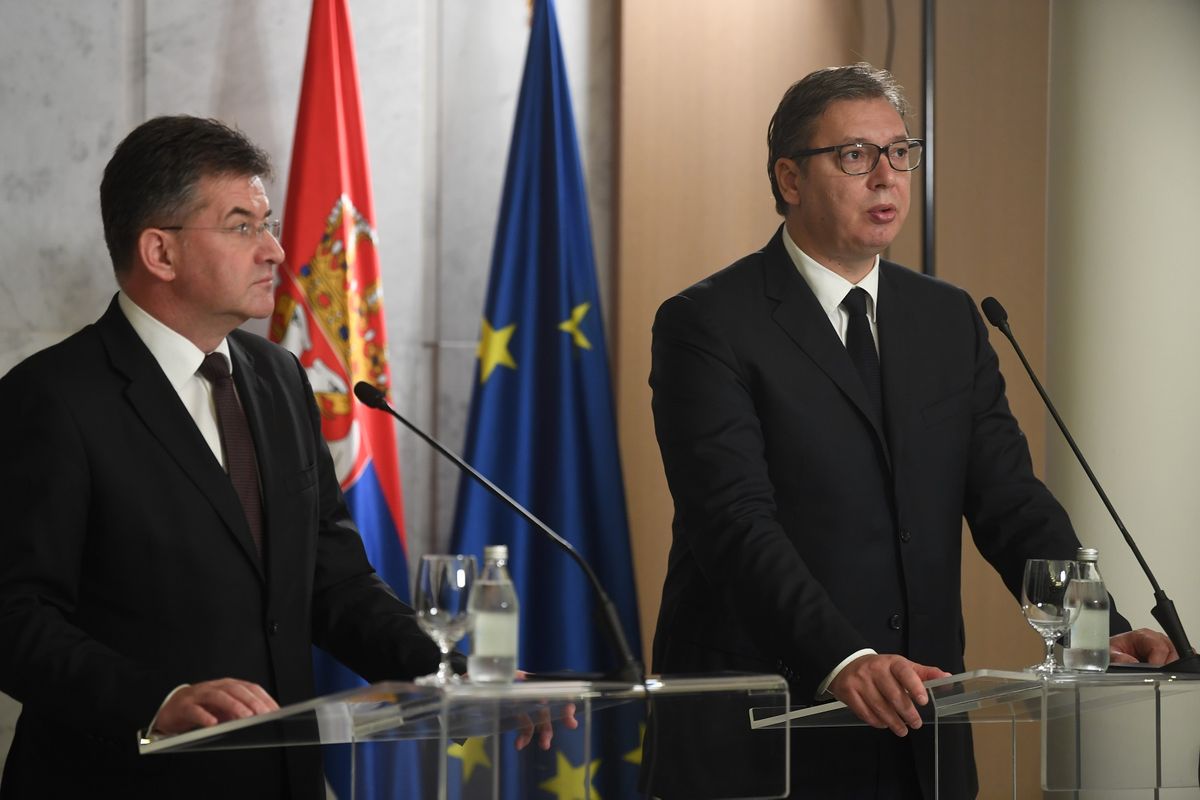 "The dialogue cannot be successfully continued without this condition," President Vučić emphasised and noted that the joint assessment remains that the results are good in the economic sense, which is perhaps the most important because the free flow of goods, people and capital is thus achieved. He pointed out that the European future is very important for Serbia.
"It is not a floscule, but it is important because of more investments and values that we are fighting for and advocating, and because Serbia's position in the world will be stronger, the closer we are to full membership in the EU. Serbia's path to the EU is significantly determined by the progress made with Priština. We are open to all topics, but we will insist on the full implementation of the Brussels Agreement. Whatever the talks are - whether they are difficult at times or not, it is better to have them than not to talk. When we do not talk, then incidents may emerge. That is not in anyone's interest", concluded President Vučić. He thanked the EU Special Representative Miroslav Lajčák for his commitment, hard work and desire to mediate between the expectation that a dialogue will be conducted and ended, and those who think differently about certain things, which is a very complicated task. 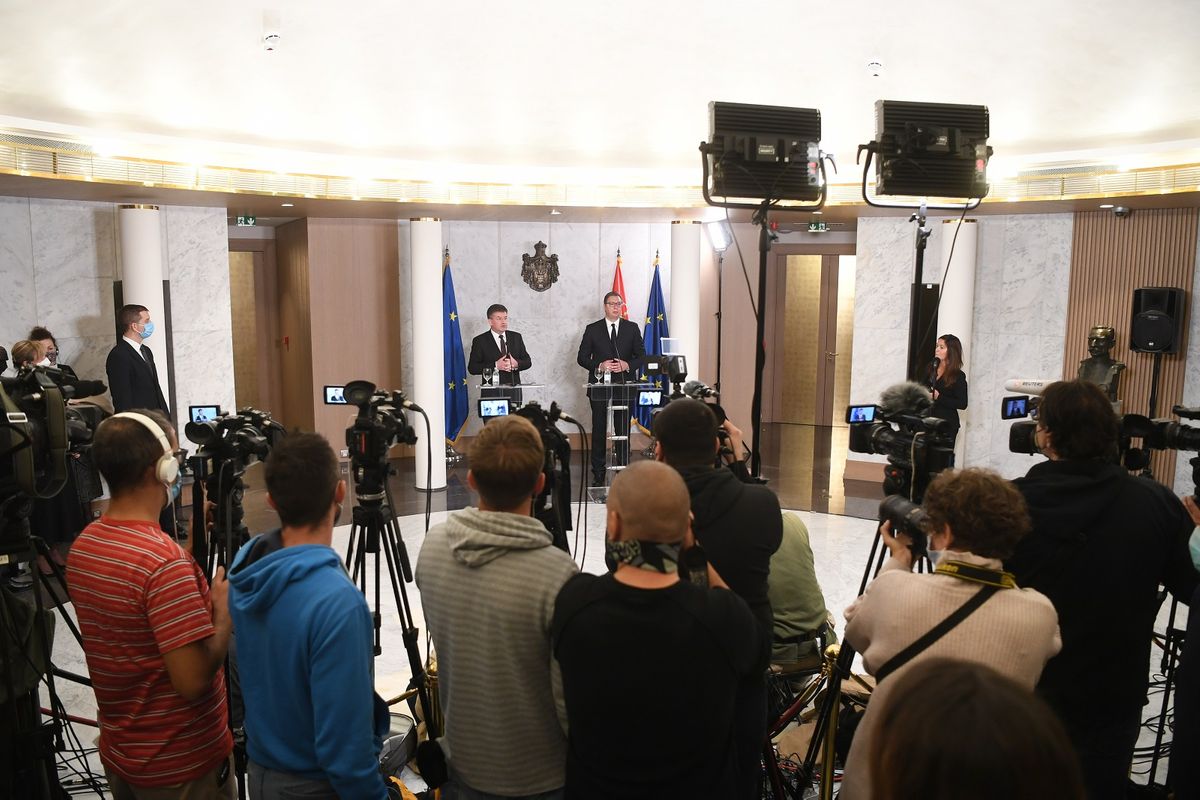 The EU Special Representative for Belgrade-Priština Dialogue and other Western Balkan regional issues Miroslav Lajčák pointed out that everything agreed in Brussels must be fulfilled, that everything related to the Community of Serbian Municipalities has already been agreed and signed, and that the next step is to negotiate about the statute of that Community.
"The EU plays or fulfils the role of a facilitator, based on the UN General Assembly Resolution, and our objective is to normalise relations, and the two sides should agree. The EU is here to help. We cannot want normalisation more than Serbia and Kosovo," Miroslav Lajčák said and added that one goal is normalisation, and the other is the European perspective - to bring Serbia closer to EU membership. 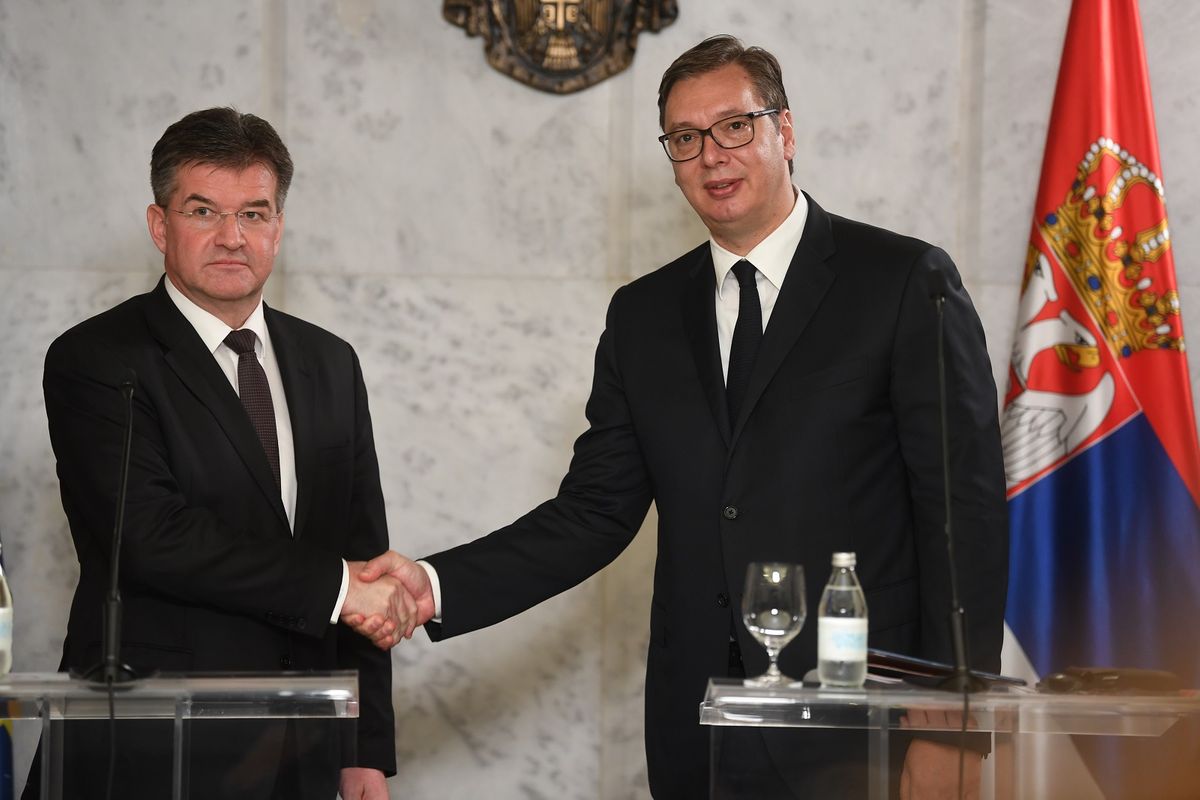 "We have made good progress in the last four months. We have agreed on some issues, and then there are financial claims and CSM. The key issue, or principle of this whole process, is that there should not be any open or unresolved issues in the end. We are dealing with issues that have not been negotiated so far, and those that were but have not been fulfilled. We are here to help the process go as fast as the parties are willing to go. We should not procrastinate, and there is no logic in artificially speeding it up. Serbia is in a situation where it has 18 chapters open, EU integration is in a high stage, and I am convinced that the success of the dialogue will mean a lot in the integration phase," EU Special Representative Miroslav Lajčák pointed out.
Belgrade, 15th October 2020
Share