President of the Republic of Serbia Aleksandar Vučić met later today with Miroslav Lajčák, the EU Special Representative for the Belgrade-Priština Dialogue and other Western Balkans regional issues, with whom he had an open and straightforward conversation with the key message that talks with Albanians remain to be important in approaching the European future of Serbia. 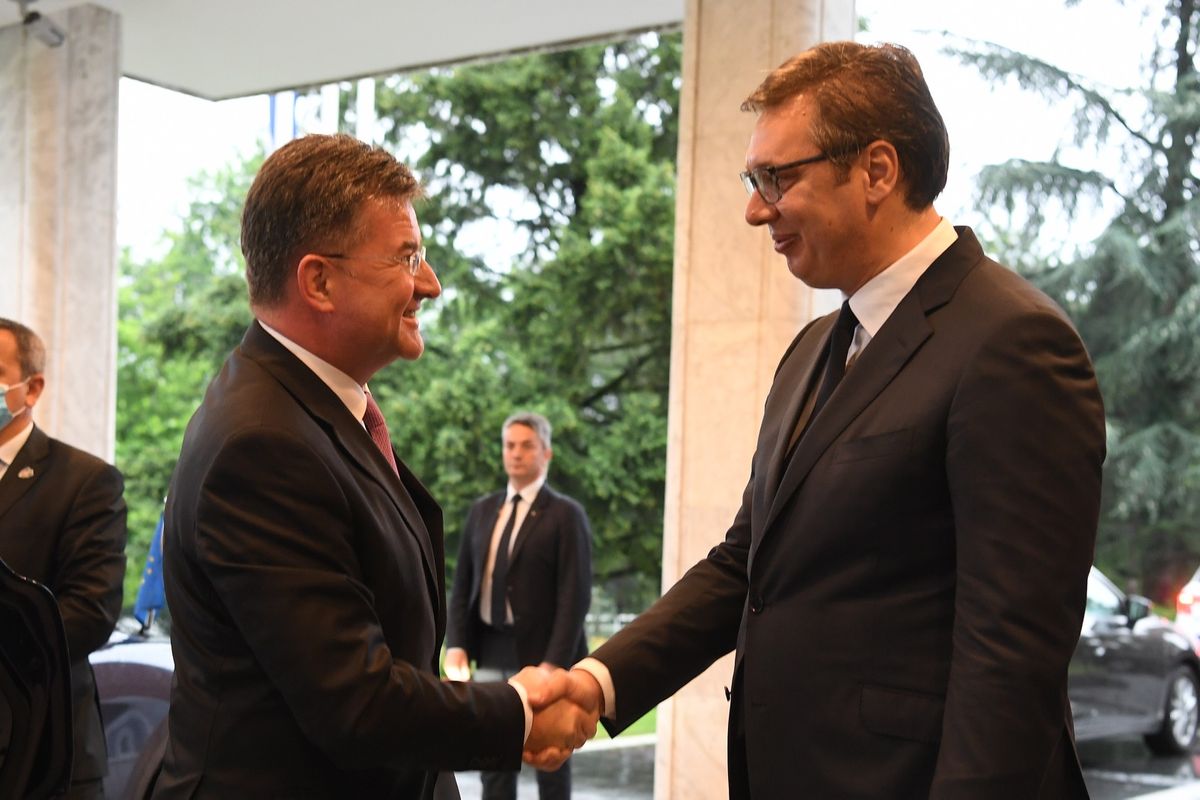 Following the meeting, President Vučić said that Serbia - under the decision of the UN General Assembly - fully supports the dialogue between Belgrade and Priština, which should be EU-facilitated.
"We appreciate the efforts made by Richard Grenell in solving the economic problems between us and Priština; however, there is no doubt that we are fully committed to the EU-facilitated dialogue because a large portion of the issues we discuss with Priština relates to the European future of Serbia. We recognise that Lajčák - with his authority, knowledge and commitment - can guarantee objectivity and impartiality in that process," said President Vučić, adding that the possibility of being in Brussels between visits to Moscow and Washington is not ruled out as it is essential for Serbia's European future. 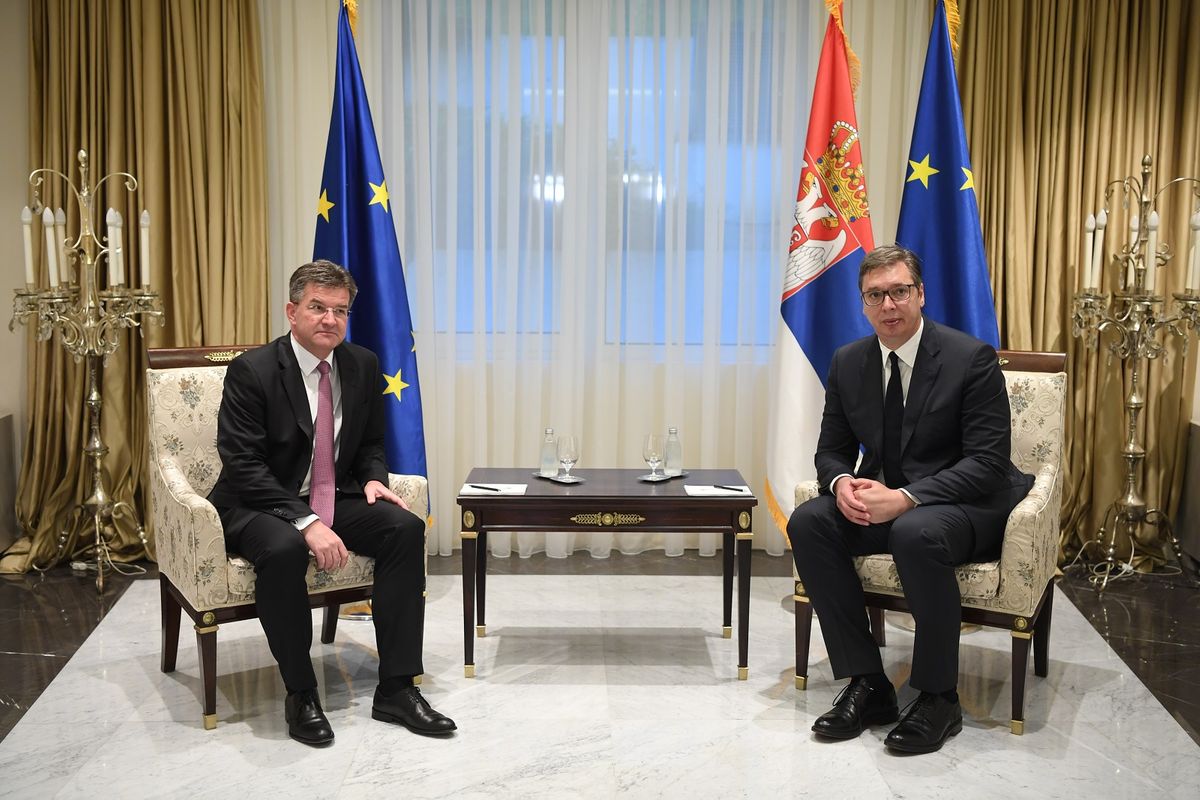 "In addition to tonight's conversation, I will have talks tomorrow with the President of Russia, and we will also have one day to visit Brussels. The next government needs to be fully committed to European integration and acceleration of the reform process. I believe that with a serious approach, work and responsibility we will succeed in protecting our vital state and national interests and that we will ensure the future for all citizens of Serbia," said President Vučić. He emphasised that it is crucial for Serbia to address the implementation of the Brussels Agreement, the formation of Community of Serbian Municipalities and many other important issues because we aspire to show that Belgrade is a reliable friend of the EU. He said that Serbia is open for talks, that it enters the dialogue in good faith, and that we ask the same from the other side. 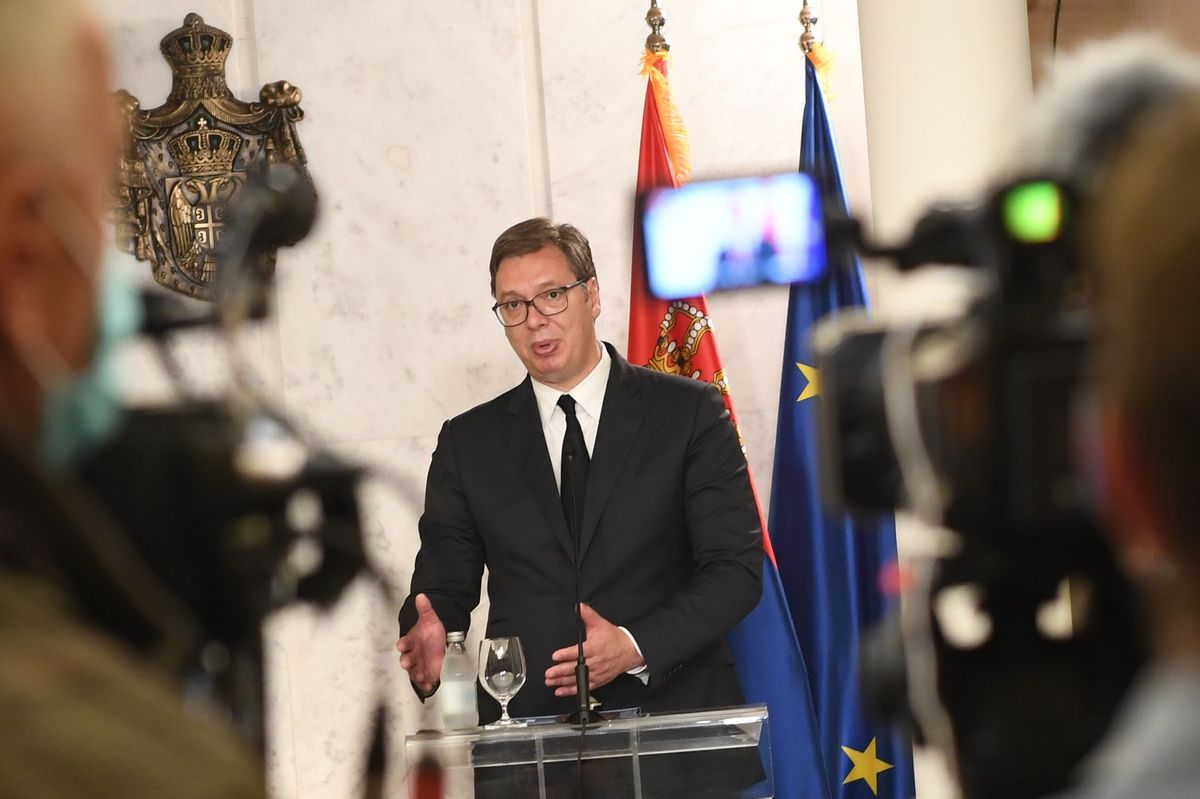 "We strive to significantly speed up the process of Serbia's accession to the EU, and I am convinced that Serbia has the strength, capabilities and capacity for that. Thank you to the EU for the solidarity demonstrated during the coronavirus epidemic. I would also like to thank Mr Lajčák for visiting Belgrade. You are always welcome in Serbia, and despite all the difficulties we will encounter, I believe that we will manage to find a common compromise language that will be in the interest of both Serbs and Albanians, but also the European future of our Serbia," said President Vučić.
EU Special Representative for the Belgrade-Priština Dialogue and Other Western Balkans regional issues, Miroslav Lajčák, said he was ready to fully engage in continuing the dialogue under the auspices of the European Union without further delay. 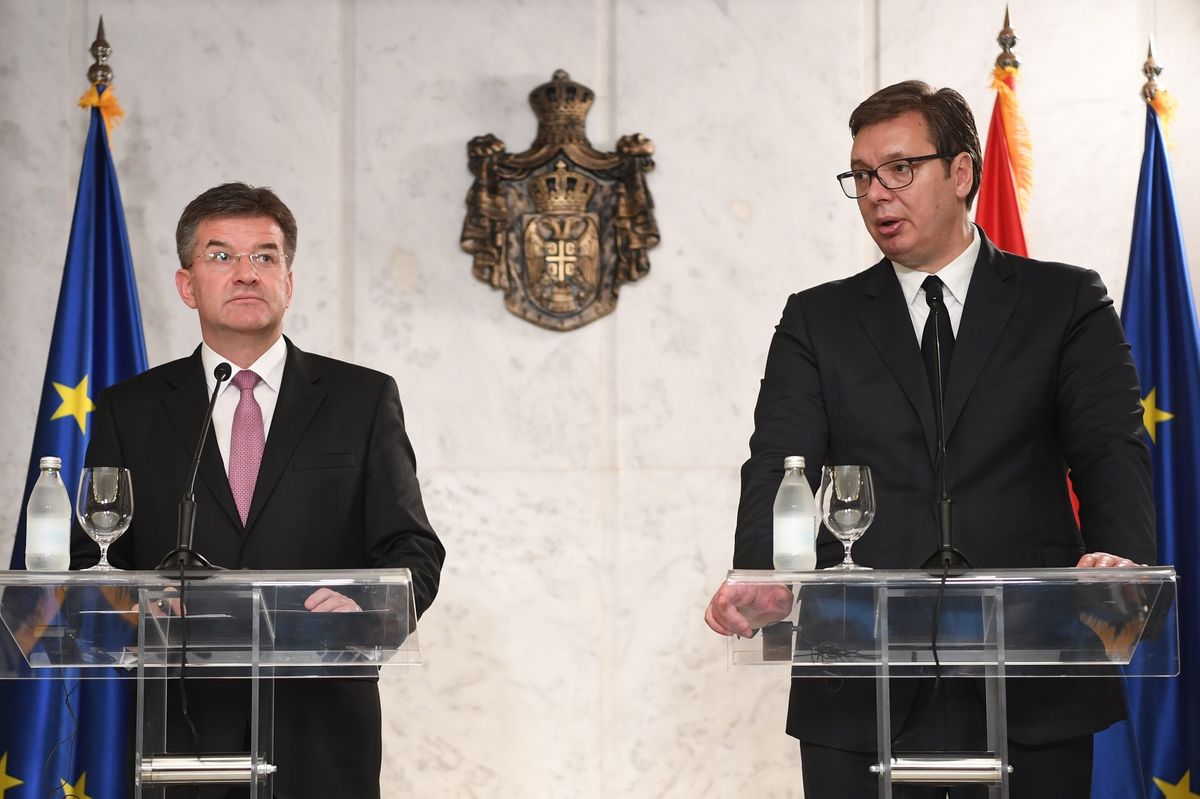 "I would also like to be very clear that as a facilitator, I am not here to push anyone into a deal they don't want. I'm here to help both parties to find solutions and to come to an agreement that will work for both of them and for the people," Lajčák stressed, adding that he expects negotiations to resume in July. He pointed out that Serbia is a part of Europe amidst Europe and that Serbia's problems, as well as solutions, are at the same time the EU problems and solutions.
"Your future is European. We know that Serbia's path to the EU is highly correlated with the dialogue - that is clearly stated in the UN Resolution and all decisions. We want Serbia to progress towards the EU, and I am convinced that it will get there," said Miroslav Lajčák.
Belgrade, 22nd June 2020
Share