Meeting with the European Commissioner for Neighbourhood and Enlargement

President of the Republic of Serbia Aleksandar Vučić met today with the European Commissioner for Neighborhood and Enlargement Olivér Várhelyi to discuss the continuation of European integration and the new methodology of the EU accession process. 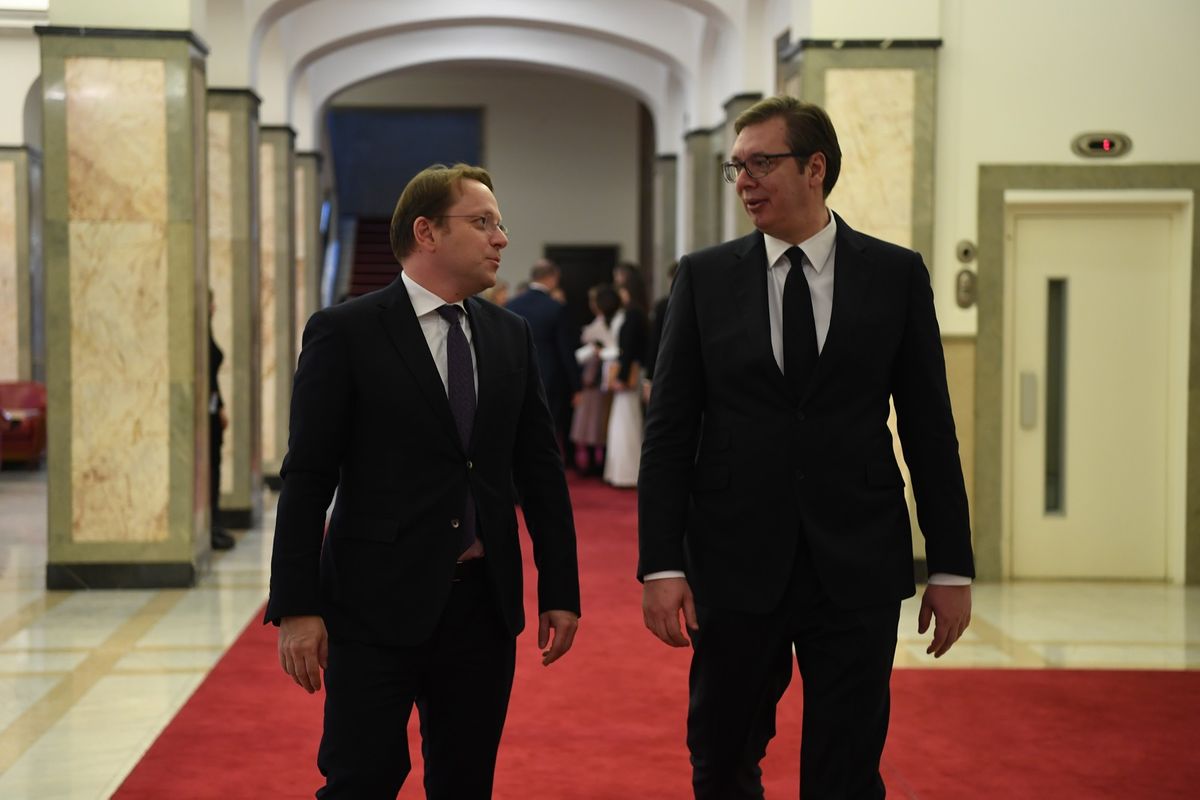 Following the meeting, in the presence of President Vučić, EU Commissioner Várhelyi and Minister of European Integration Jadranka Joksimović signed the IPA 2019 Financing Agreement worth 138.55 million euros. The new grant package is designated for projects in the areas of economy, science, rule of law and administration. 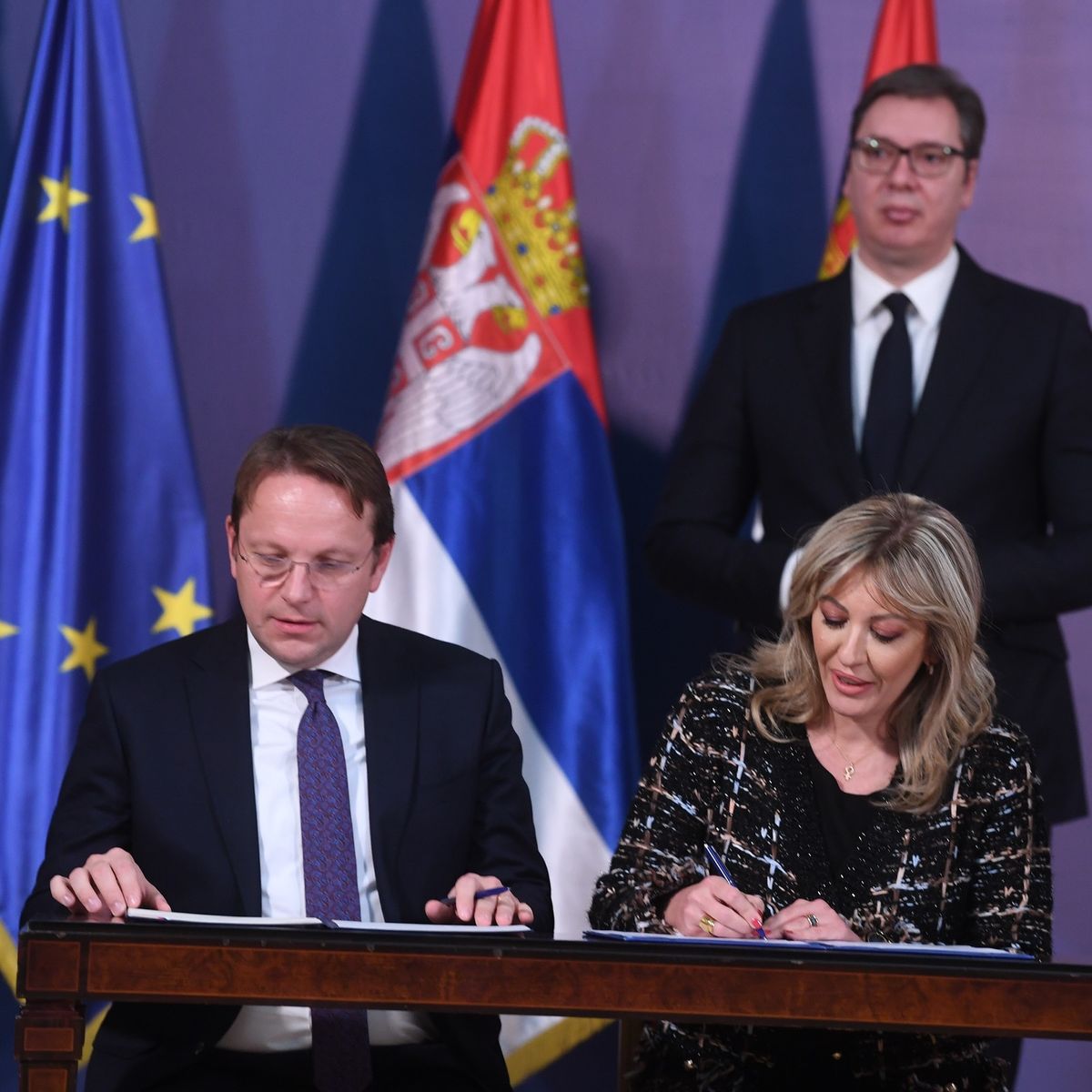 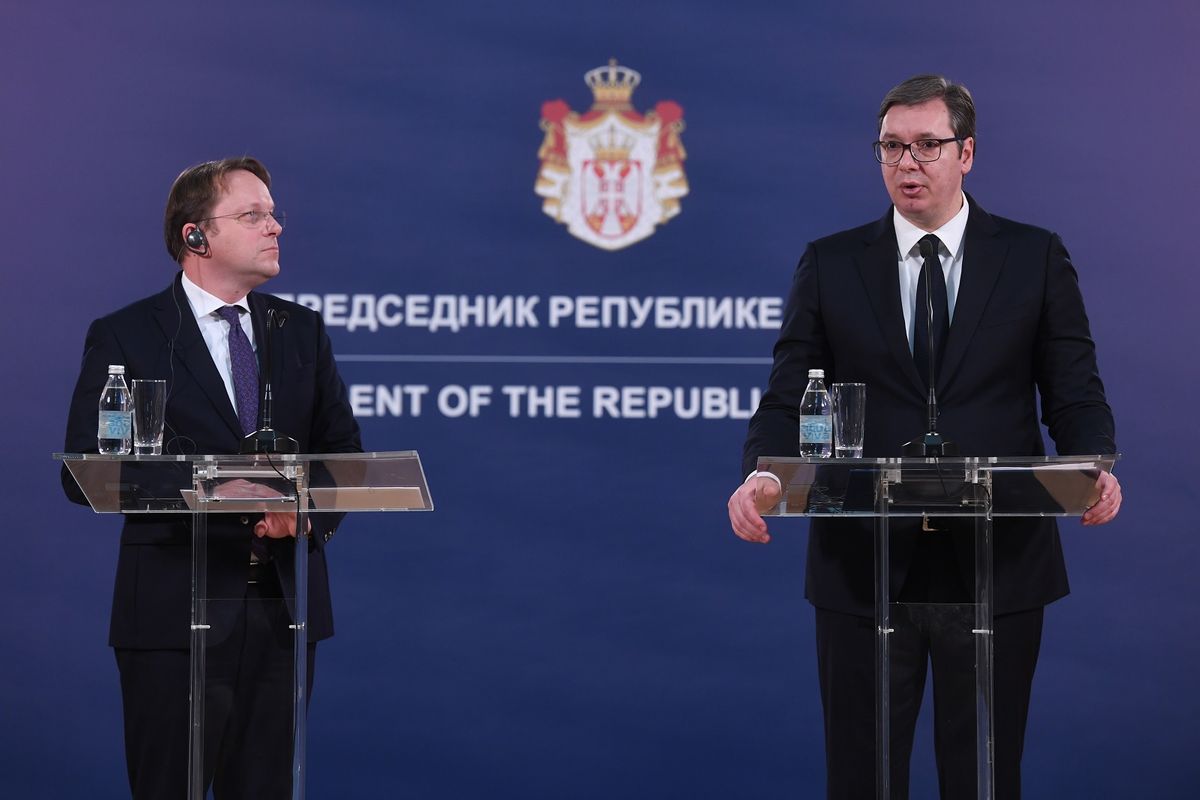 "I see many chances and opportunities for Serbia. It is important to demonstrate our commitment to the European path of Serbia, our determination to be a part of the European Union and to show the people in the easiest way that they can feel, see and touch what the European Union is, and that it is not something that is far away. I am grateful for everything we have received so far," said President Vučić.
European Commissioner for Neighborhood and Enlargement Olivér Várhelyi stressed that his goal is to have at least one country in the Western Balkans ready to join the European Union during his term of office, adding that, following the announcement of a new methodology for the accession process, the EU enlargement to the Western Balkans has become a geopolitical priority.
"Geopolitics begins in our neighbourhood, in the heart of Europe, in the Western Balkans. I want to strengthen our messages and our connections with the countries in the Balkans, especially those already in the process of accession negotiations, because there is progress, and I want to accelerate it by working together with Serbia," said European Commissioner Várhelyi, adding that relations between Serbia and Kosovo remain a key issue for the entire region. 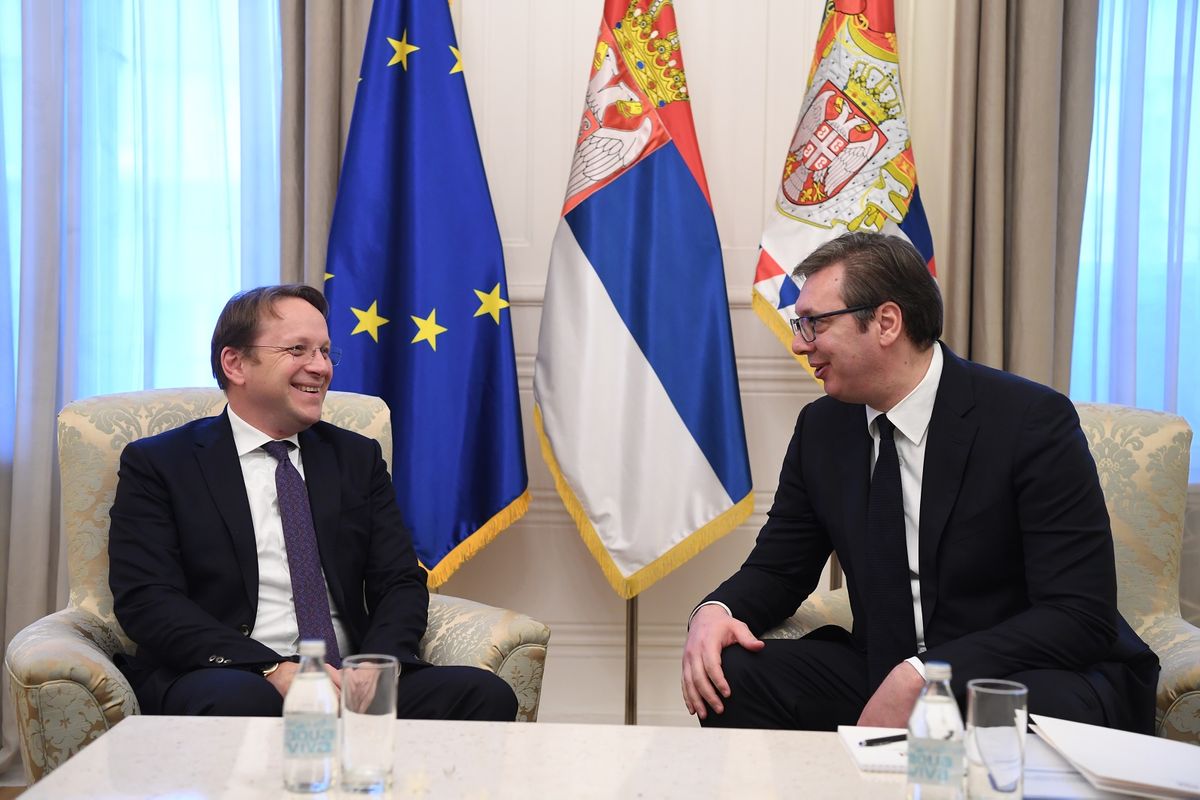 "We observe both countries so that they can come to a long-term peaceful solution, but this cannot happen on its own," European Commissioner Várhelyi said, adding that he was ready to help as much as possible, but that he is also aware that this is a very sensitive matter and that he is therefore very cautious about it.
"The two countries need to sit together, and the first step Kosovo has to make is to abolish the tariffs," concluded European Commissioner for Neighborhood and Enlargement Olivér Várhelyi.
Belgrade,
6th February 2020
Share