At the New Year's press conference, President of Serbia Aleksandar Vučić spoke about the year behind us, the challenges that Serbia was facing, and the results in the fight against the coronavirus, foreign policy, as well as key plans for 2021. 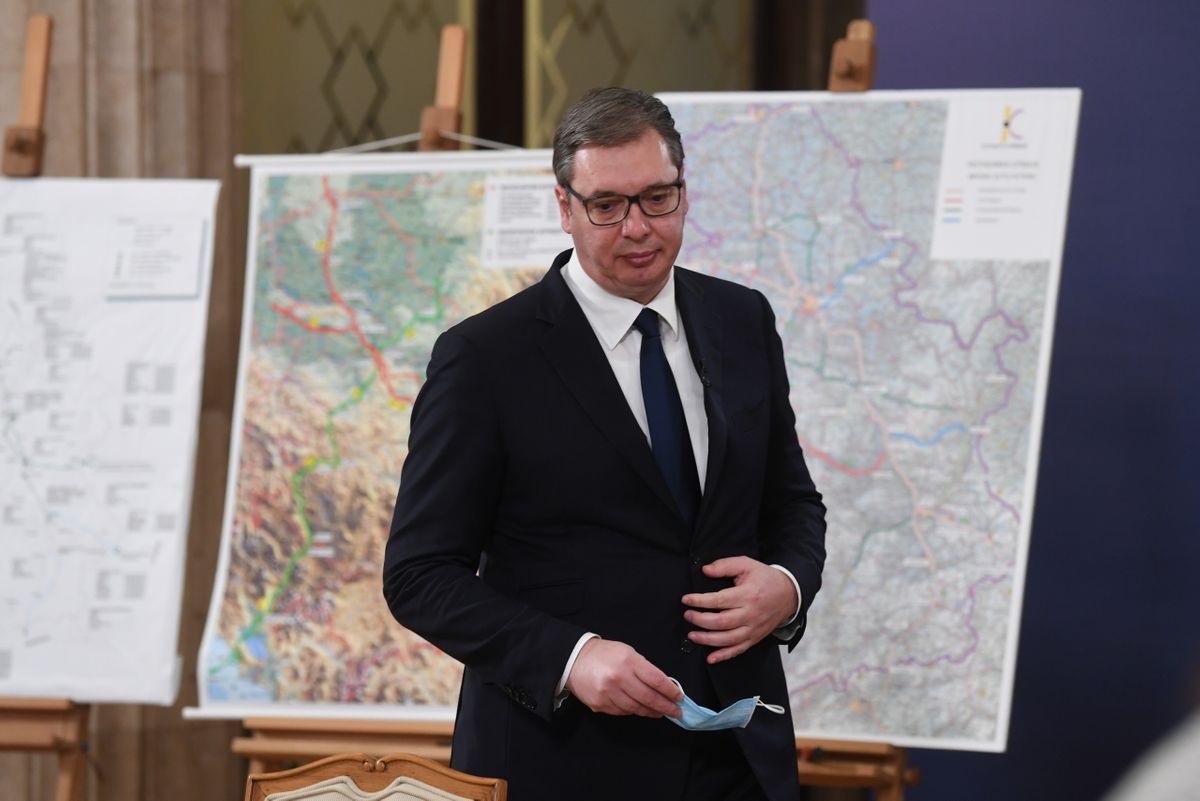 President Vučić said that Serbia's priority next year is to preserve peace and stability and vital national and state interests, notwithstanding the complex international and regional circumstances.
"The other goal is to take care of the health of citizens - how to defeat the coronavirus, but also to improve our health system. The third goal is to further raise citizens' living standard through salaries and incomes, investments in cleaner air, better roads, railways, and construction of a secondary gas pipeline network. We will also strengthen the army and police and everything that contributes to further growing the state", added President Vučić and said that the plans are ambitious and big. 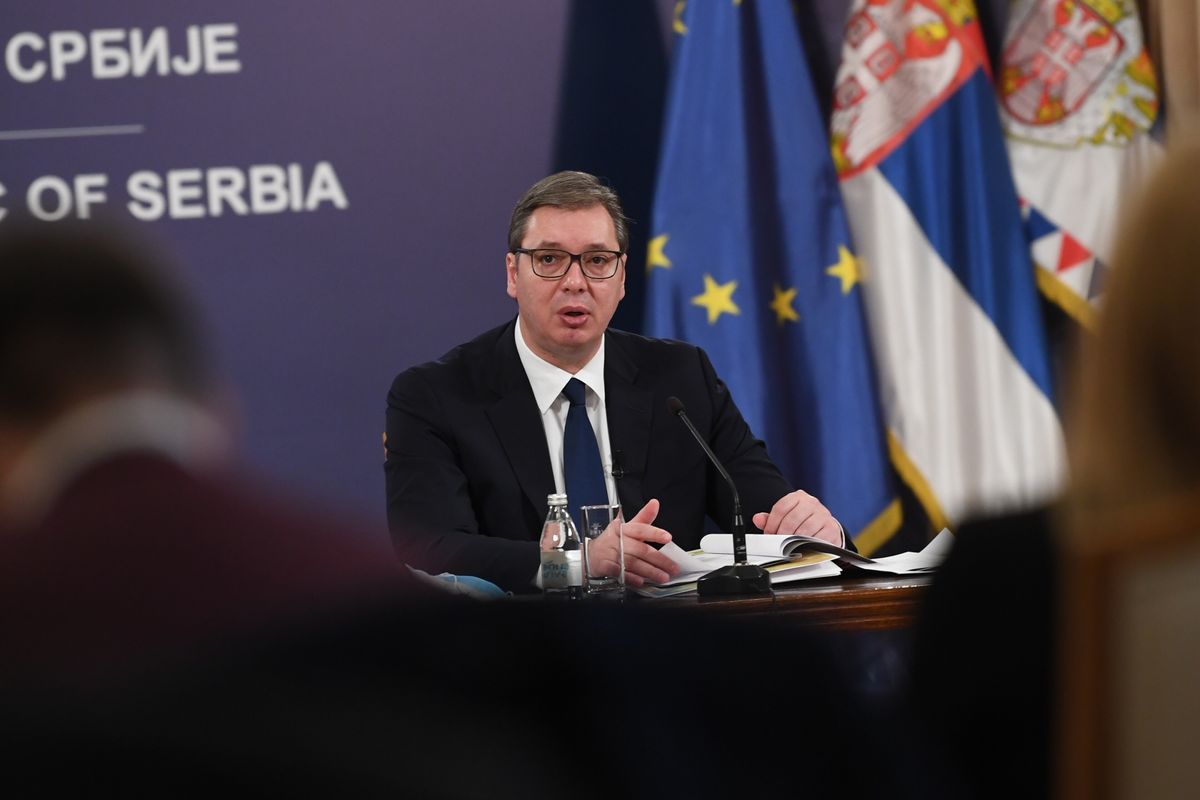 "We expect to end next year with 6 per cent growth while keeping the public debt below 60 per cent. That is important because we do not want to leave debts to our children, but we also want to move forward. The goal is to have a deficit of 3 per cent. We expect a new arrangement with the IMF that would contribute to a better rating of the country", stated President Vučić and emphasised that the goal is for salaries to average between 560 and 570 euros by the end of this year. Only in Belgrade, the average salary would be around 700 euros. He reiterated that wages in the public sector higher by 5 per cent are expected as of January, and that pensions will increase by 5.9 per cent.
"The average minimum salary will be 32,126 dinars, which is very important. The goal is for pensions to be 270 euros before the end of 2021. Our plans are big and ambitious. It is also important to continue with investments," President Vučić said. When it comes to foreign policy, the President pointed out that Serbia's goal is to preserve old friendships with Russia and China while building relations with the United States and continuing the path to the EU. 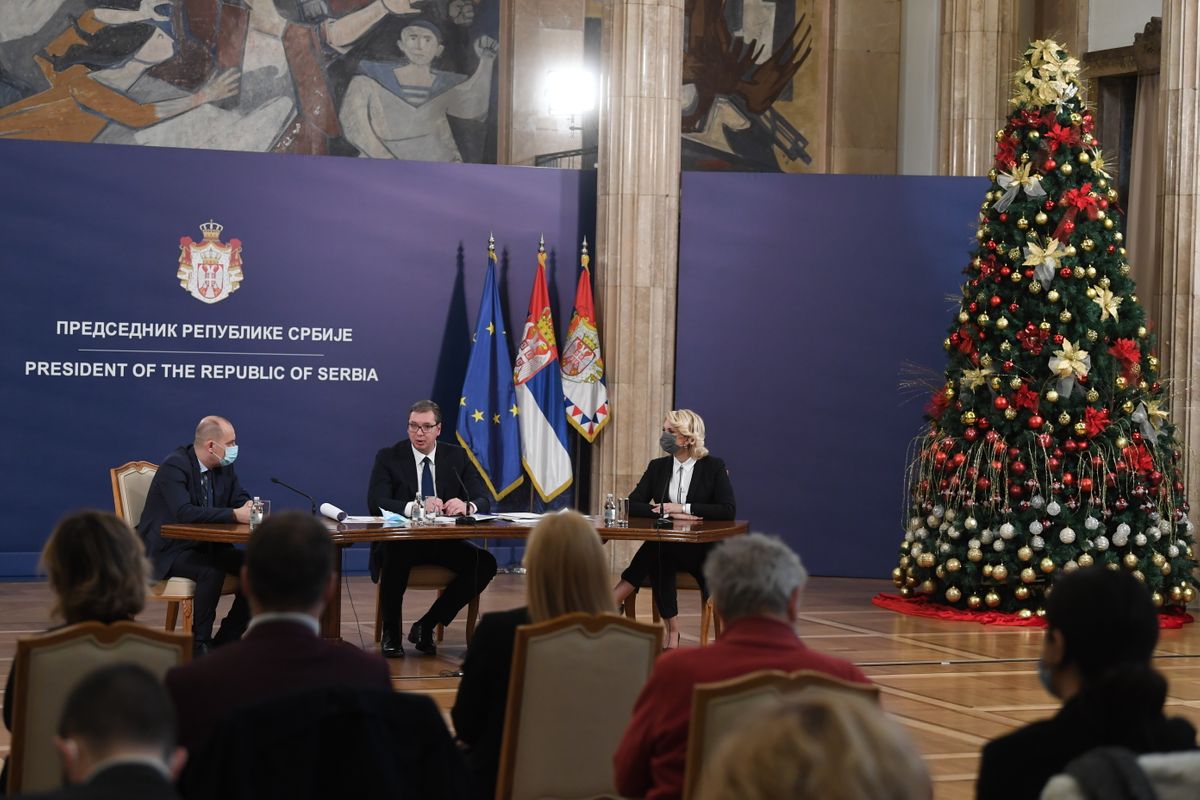 "We will continue the predictable policy, the policy of stability that would enable Serbia to be in the first three countries in Europe in terms of growth rate in the next two years. We have the strength for that", President Vučić emphasised and stated that Serbia will end this year with the best result in Europe and that our drop will be under 1%. He added that we would be a country that records sound growth in the coming years, which would additionally provide a better living standard.
Speaking about investing in infrastructure, President Vučić said that four highways are currently under construction, but that serious works are underway to improve Serbian railways. He also announced the construction of the Niš-Dimitrovgrad gas pipeline. 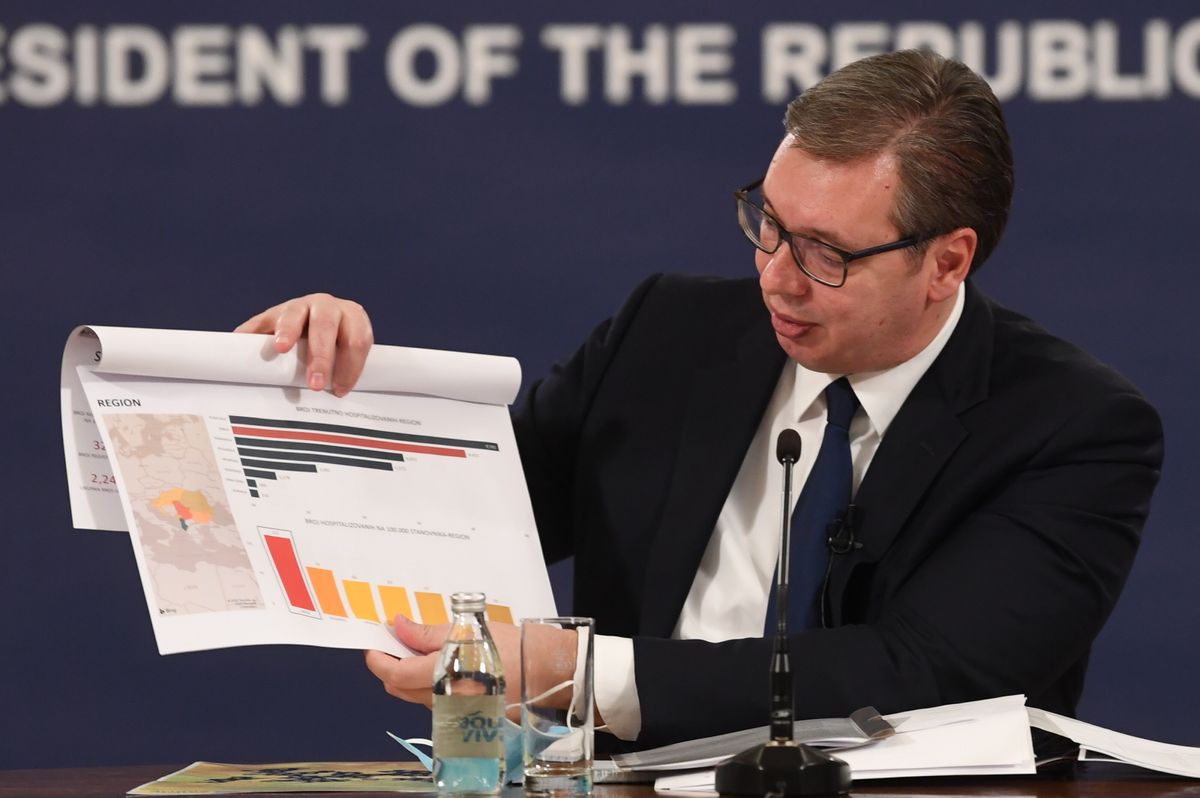 President Vučić pointed out Serbia's success in the fight against the coronavirus and stated that, in proportion to the population, we have the lowest number of victims in the region because we have the largest number of hospitalised patients. He emphasised the importance of rapid immunisation of the population. He expressed the expectation that in January, we will be able to protect the largest number of people who work within the covid system.
President Vučić announced that the first quantities of vaccines from Russia are expected before the end of the year, and emphasised that additional supplies of vaccines are expected and that negotiations are underway with other Western and Chinese manufacturers.
Belgrade, 28th December 2020
Share