President of the Republic of Serbia Aleksandar Vučić welcomed today the Chancellor of the Federal Republic of Germany Angela Merkel for the official visit. They discussed all the important social and political issues, European integration of Serbia and the region, and harmonisation of Serbia's foreign policy. 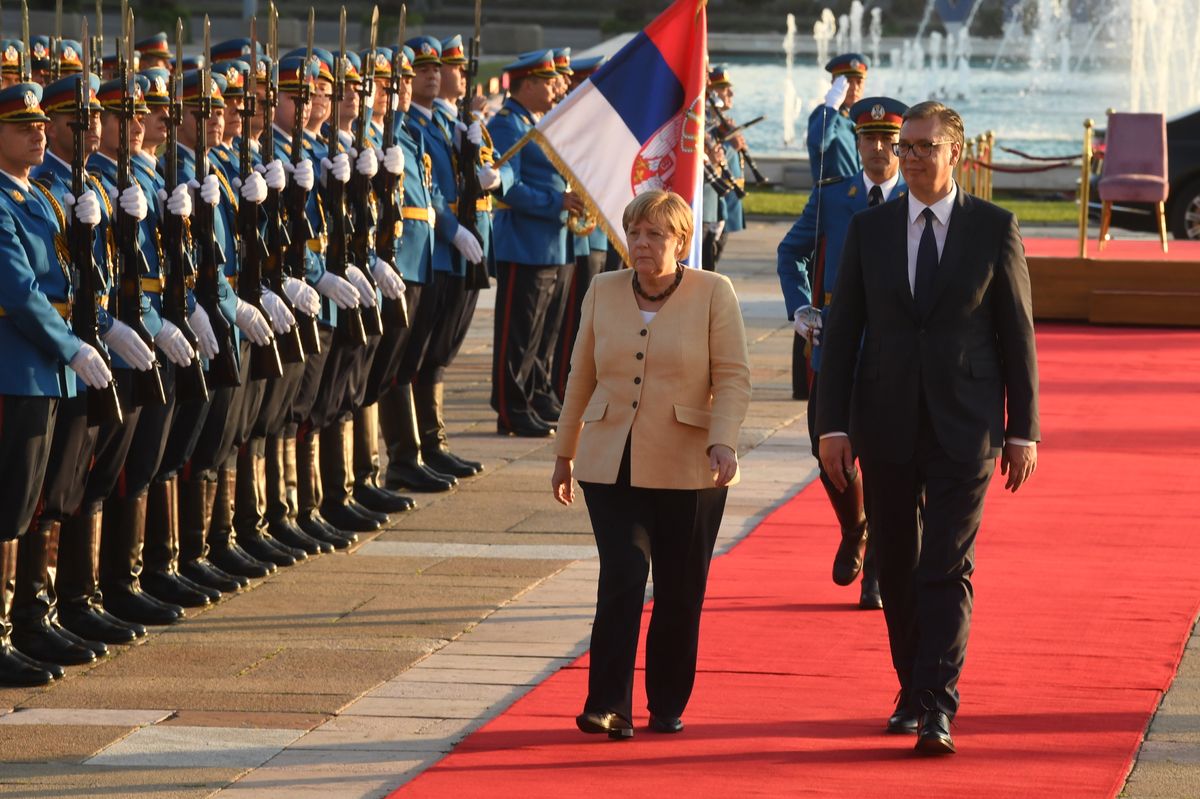 "I am proud that after many years of cooperation, I had the opportunity to be one of the participants, the host of Chancellor Merkel at the end of her term. I thank the Chancellor for all she did for the Western Balkans and Serbia. Unlike with many others, our gratitude does not last short", said President Vučić, pointing out that the talks with the German Chancellor were open and specific. He stated that they also discussed the Berlin process.
"We will have the opportunity these days to see the most tangible legacy of Angela Merkel's work, and I am grateful for that. Tonight we will discuss and present the Open Balkans initiative. I believe that the proposed solutions for the common regional market will yield results in the coming period," President Vučić said. He noted that in 2014, when he became Prime Minister, 17,000 people worked in German companies in Serbia, while today the number totals about 72,000. He added that Germany is Serbia's largest foreign trade partner, emphasising his belief that trade exchange will reach six billion euros this year.
"That's a triple increase and exports increased more than three times, again thanks to German companies," said President Vučić, adding that Germany's support in education is also very important. 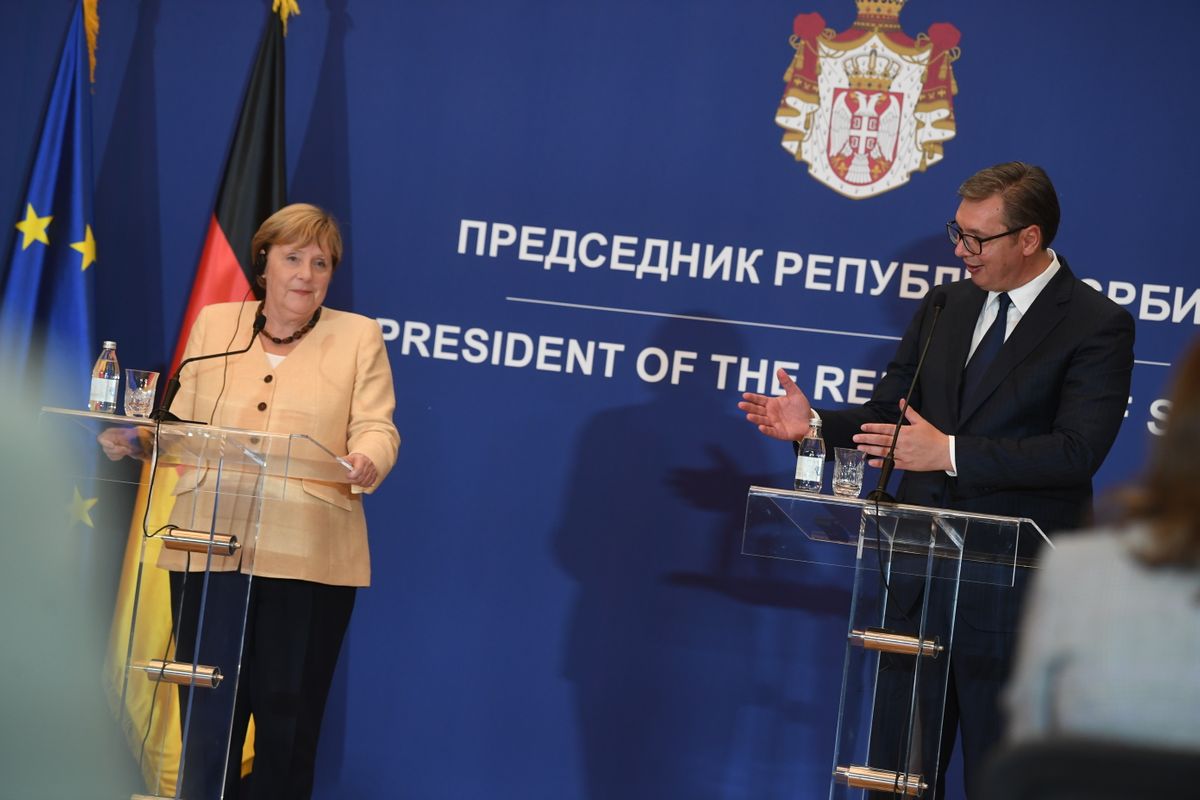 President Vučić said that he talked about relations and dialogue with Priština and the rule of law with the German Chancellor, and pointed out that Serbia is committed to constitutional reform, judicial reform, media and the entire political sector.
"Serbia is very committed to dialogue. I said that the frozen conflict is not a good solution, that we need to reach a compromise solution and that Serbia will always be open to that because we see the future only in peace," said President Vučić, adding that the percentage of Serbia's accession to EU declarations in four months was raised from 46 to 62.5 per cent. He noted that we have already ratified the agreements on memorials with the Federal Republic of Germany, negotiated the agreement on culture and the renovation of the National Library, which was bombed in 1941, while the strategic agreement on climate change will be completed soon. 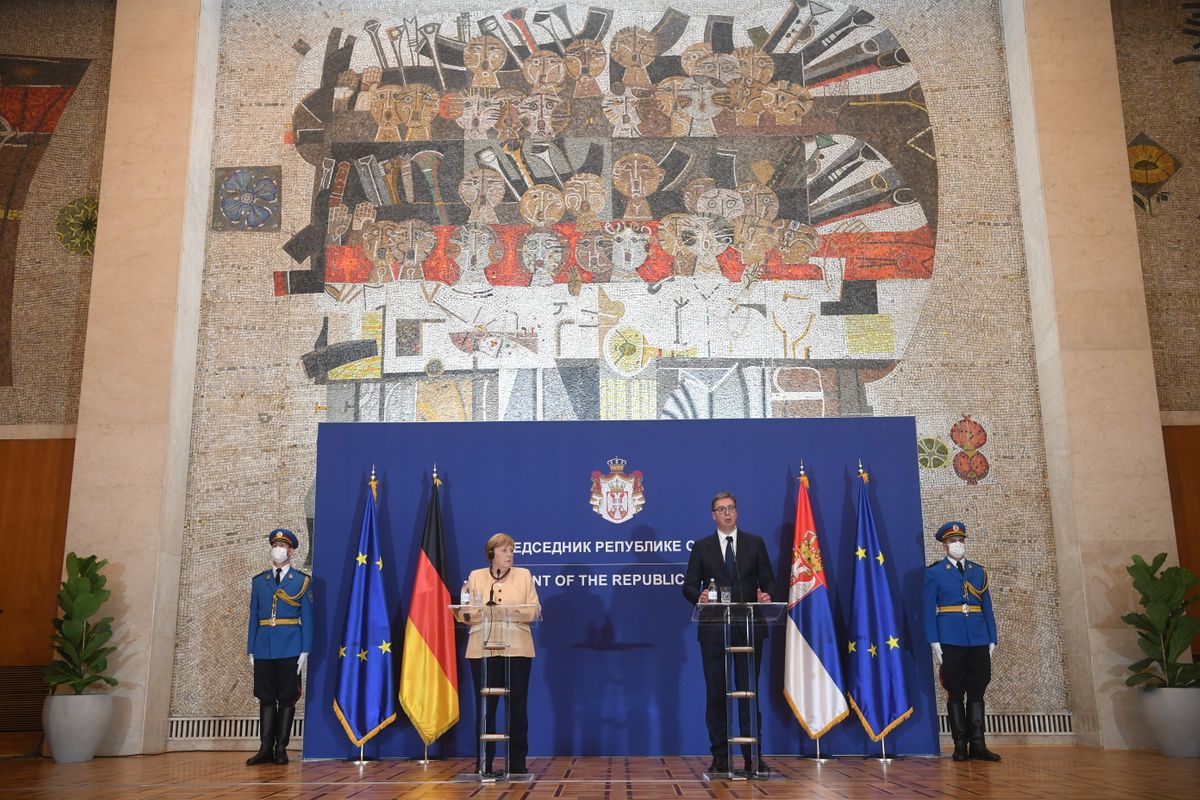 The Chancellor of the Federal Republic of Germany Angela Merkel thanked for the hospitality and pointed out that Serbia and Germany are closely connected.
"I saw the collection of documents and I observed that we had German-Serbian relations long ago in various fields, economy, culture, and it is the same today," said Chancellor Merkel, adding that she had discussed the need for further reforms with President Vučić. She stressed the need to open new accession chapters. 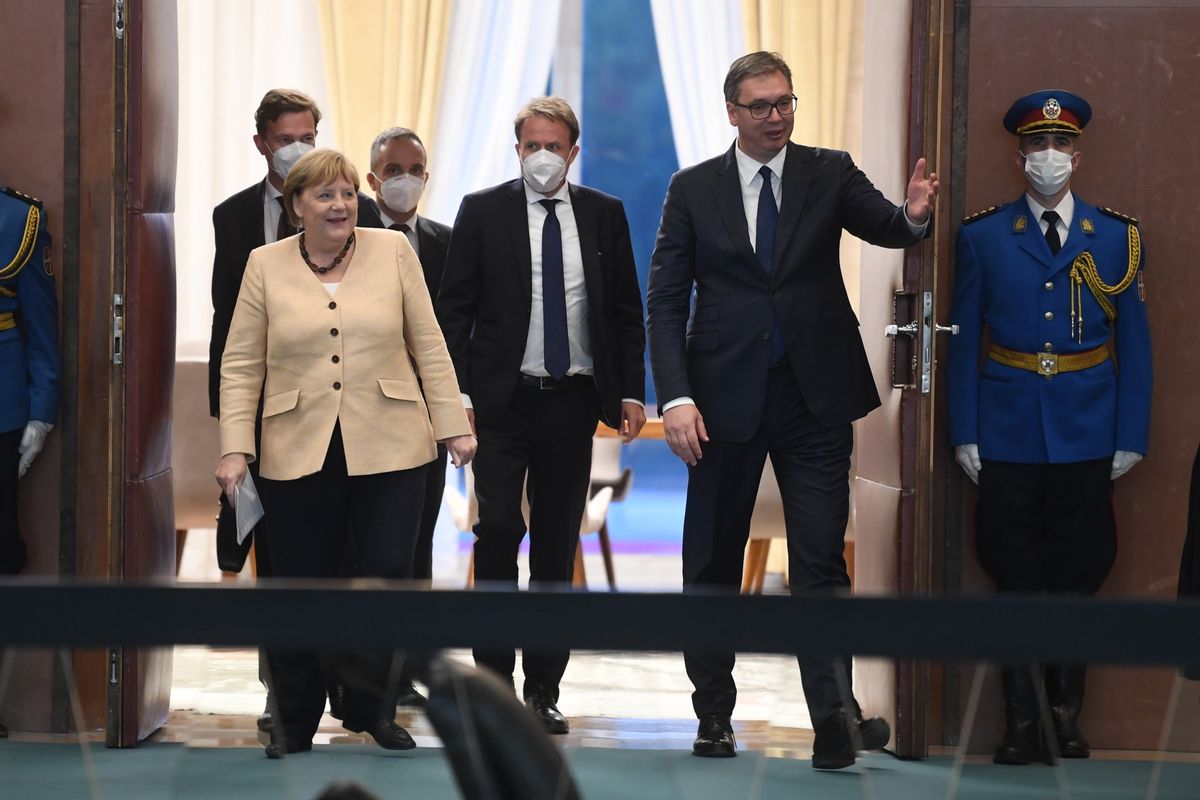 "I believe that honesty in our conversations and the ability to listen to the other side features our relations. Through the years of our joint cooperation, we have reached open relations, full of trust, and we have achieved results along the way. "There is still a long way to go for Serbia and the entire region until everyone becomes an EU member state, which is our common goal," said the German Chancellor, emphasising that the Berlin process has an important role on the path to accessing the EU.
"It is my pleasure to observe the results step by step. I encourage you to go further towards the rule of law and plural society. Economic successes should be an incentive for EU membership to pay off," said the Chancellor of the Federal Republic of Germany.
Belgrade,
13th September 2021
Share