President of the Republic of Serbia Aleksandar Vučić attended today the opening of the Belgrade Gallery facility within the Belgrade Waterfront project and noted that this project would bring a lot to both Belgrade and Serbia.

"We gained a lot with this project. We got many jobs and boosted employment, and raising our construction companies will contribute to the city's gross domestic product and attract tourists," said President Vučić and pointed out that this project shows the incredible progress of our country. 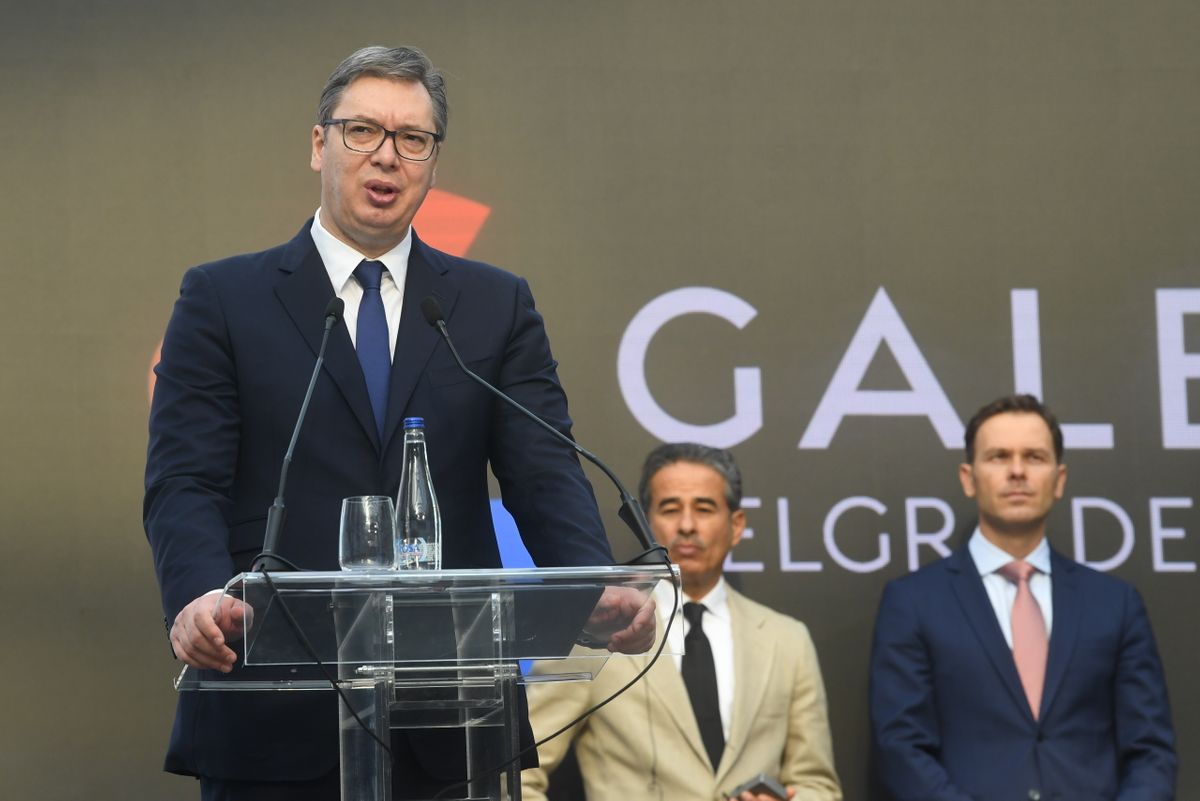 "It seemed unreal when we talked about one dream, to turn an entire area - that looked like a wasteyard - into something most impressive in Southeast Europe. We made the most beautiful and arranged promenade in the whole of Europe. Today, Belgrade is becoming the capital of the entire region," the President said, adding that the hosts informed him that the Belgrade Gallery is by far the largest shopping centre in the region, with 300,000 square meters of total area, 93,000 square meters of rental space and 3,600 parking places.
After talking to the contractors, President Vučić said that 2,850 workers were hired at the Belgrade Waterfront construction site, 300 at the Tower alone. He added there were a lot of foreign workers, and that almost 5,000 people would work at the Belgrade Gallery when all the stores were filled. 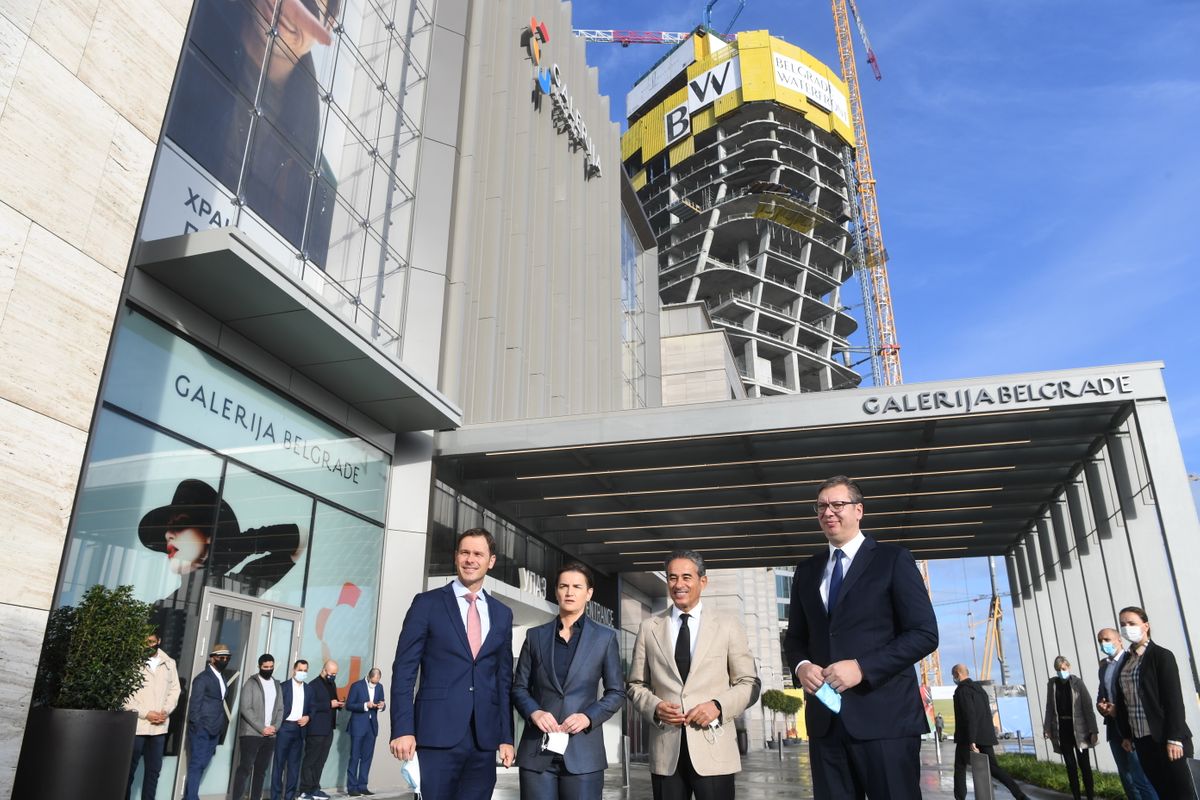 President Vučić said that he was proud that something had been done that few people believed in, and thanked Mohamed Alabbar for supporting one dream.
Eagle Hills President Mohamed Alabbar said that the opening of the Belgrade Gallery, as part of the Belgrade Waterfront, was more than a working project and thanked Serbian officials, especially President Vučić, for the trust they had placed in his company to participate in the construction of such a project. 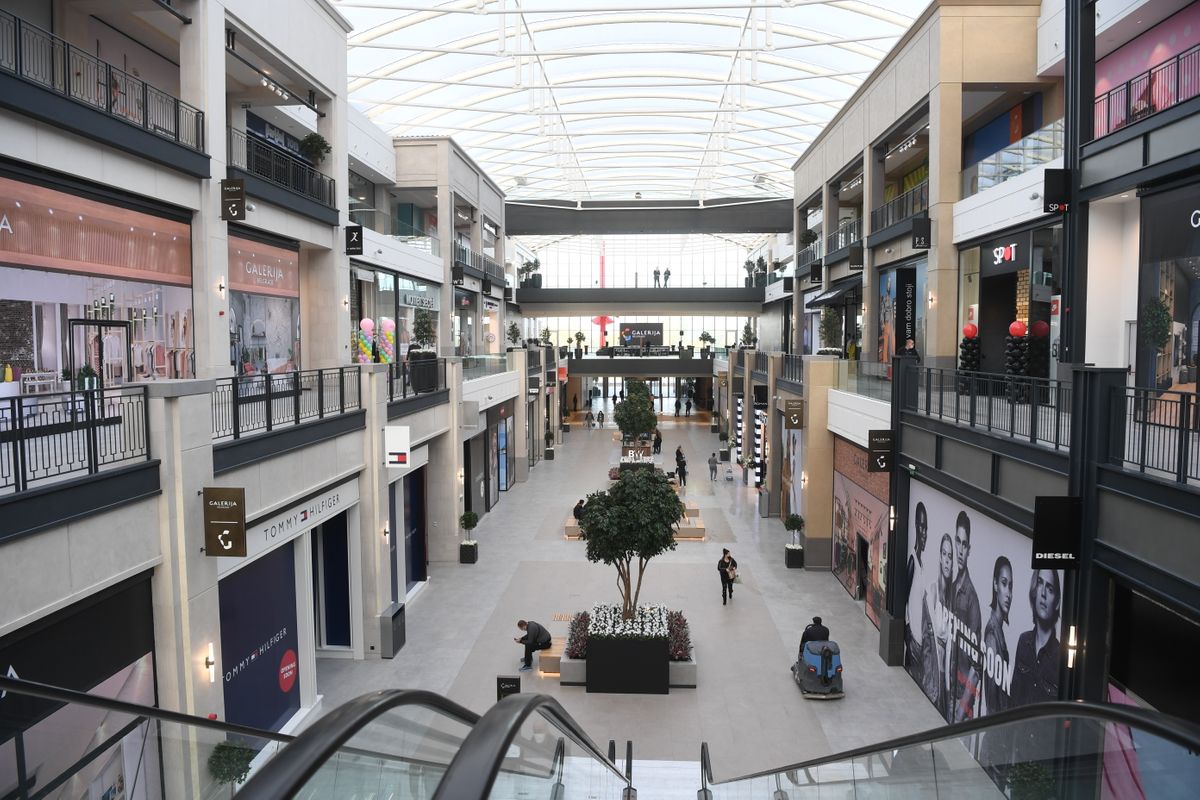 "I congratulate everyone on the drive and perseverance to make this a success. The most impressive thing in the world is when you can have a dream, a vision or a plan, but it is even more fascinating when you have enough courage to deliver it to the end", said Alabbar.
The opening was also attended by Prime Minister Ana Brnabić, Minister of Finance Siniša Mali, Mayor Zoran Radojičić and Deputy Mayor Goran Vesić. 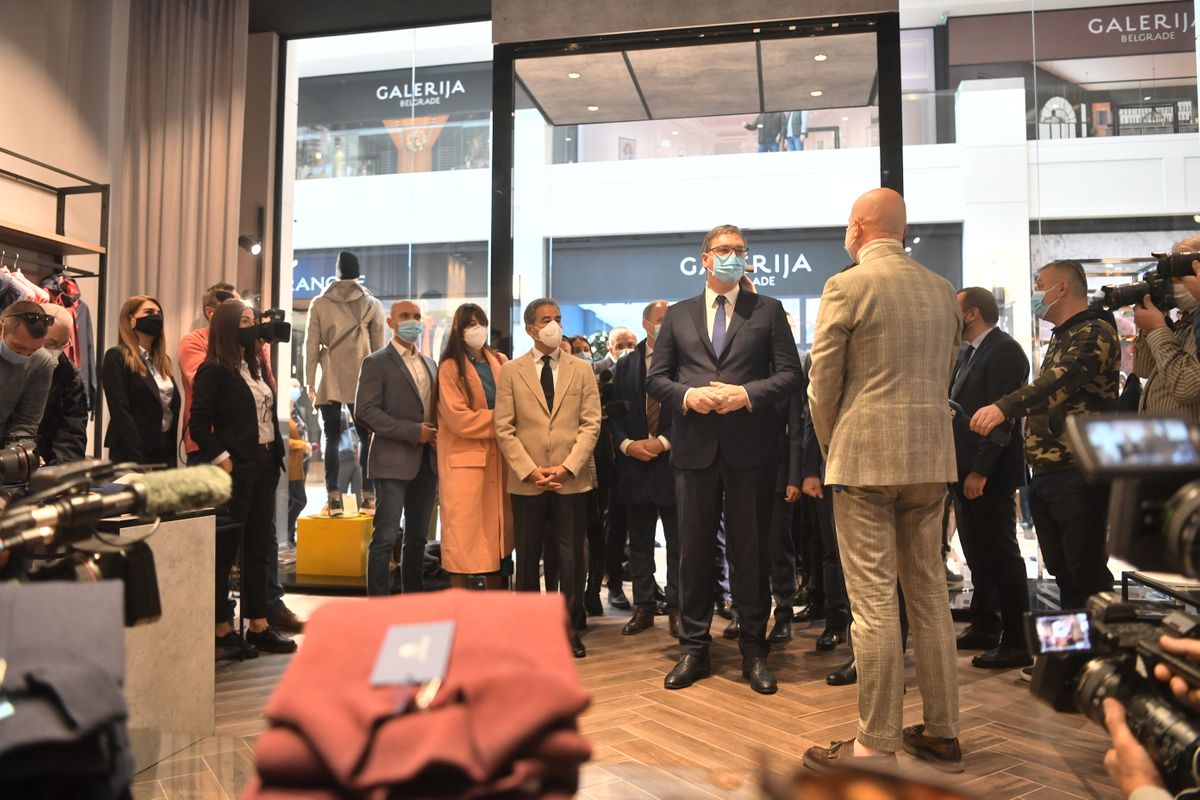