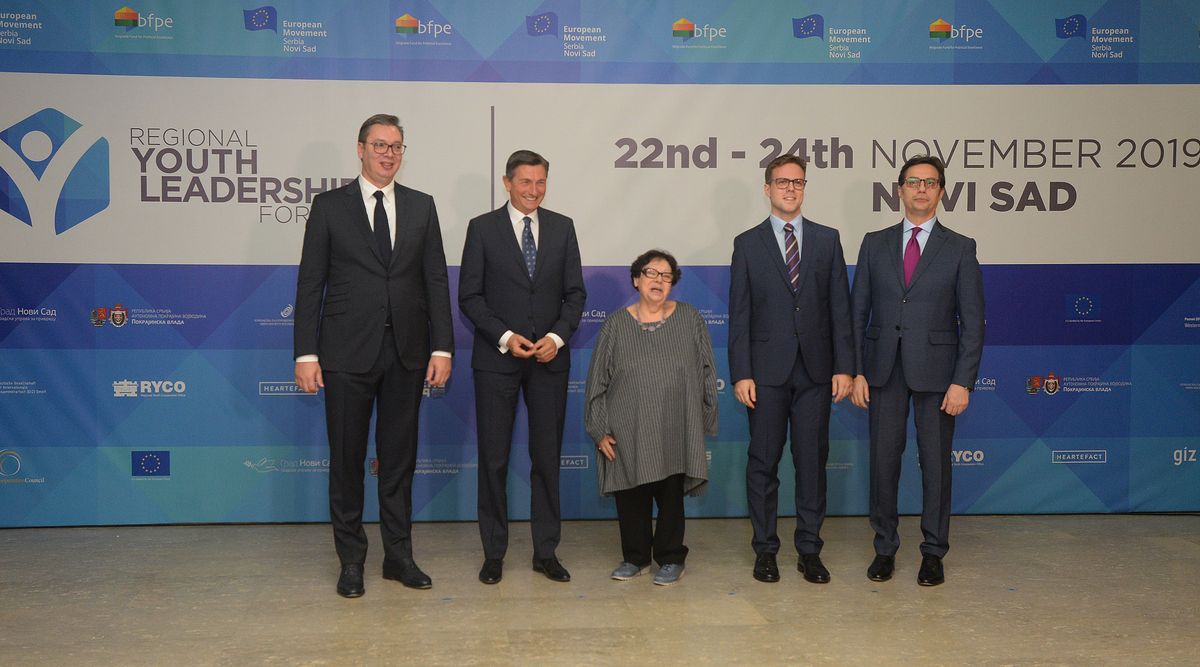 President Vučić said that young people in Serbia and the region do not have time to wait and that, despite possible tensions and political misunderstandings among the Western Balkan countries, this part of Europe will progress economically, which should be employed to provide young people with perspective and to help them stay in their own countries.
"People are not leaving because they are hungry, few are hungry in any country here, but they are looking for a happier and better future," said President Vučić, adding that within the next two years the region of the Western Balkans will have many more tensions and political misunderstandings, but that in the economic sense, the accelerated progress of the Balkans is expected, much faster than the progress of the Eurozone countries. He noted that according to the World Bank and IMF estimates, the average growth in the coming years will be 4.2 per cent of GDP in Serbia, in Albania 4 per cent, and in North Macedonia 3.5 per cent. 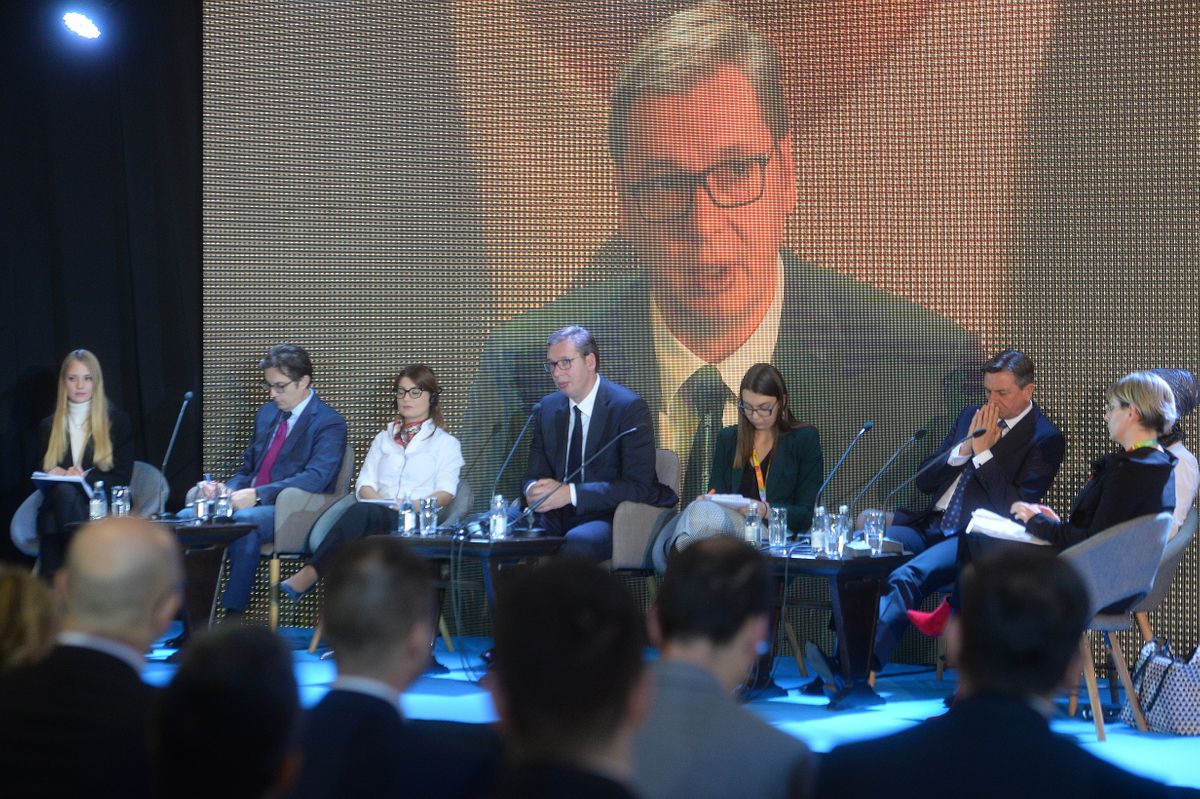 "Everyone else is far below, the three countries will be ahead, others will be below, and the lowest growth according to the World Bank and IMF projections will be in Croatia, about 1.92 per cent," explained President Vučić, emphasising that the entire region must offer perspective to young people, which also implies a better social atmosphere.
President Vučić noted that the region had emptied itself, leaving fewer people in the states than official figures present. 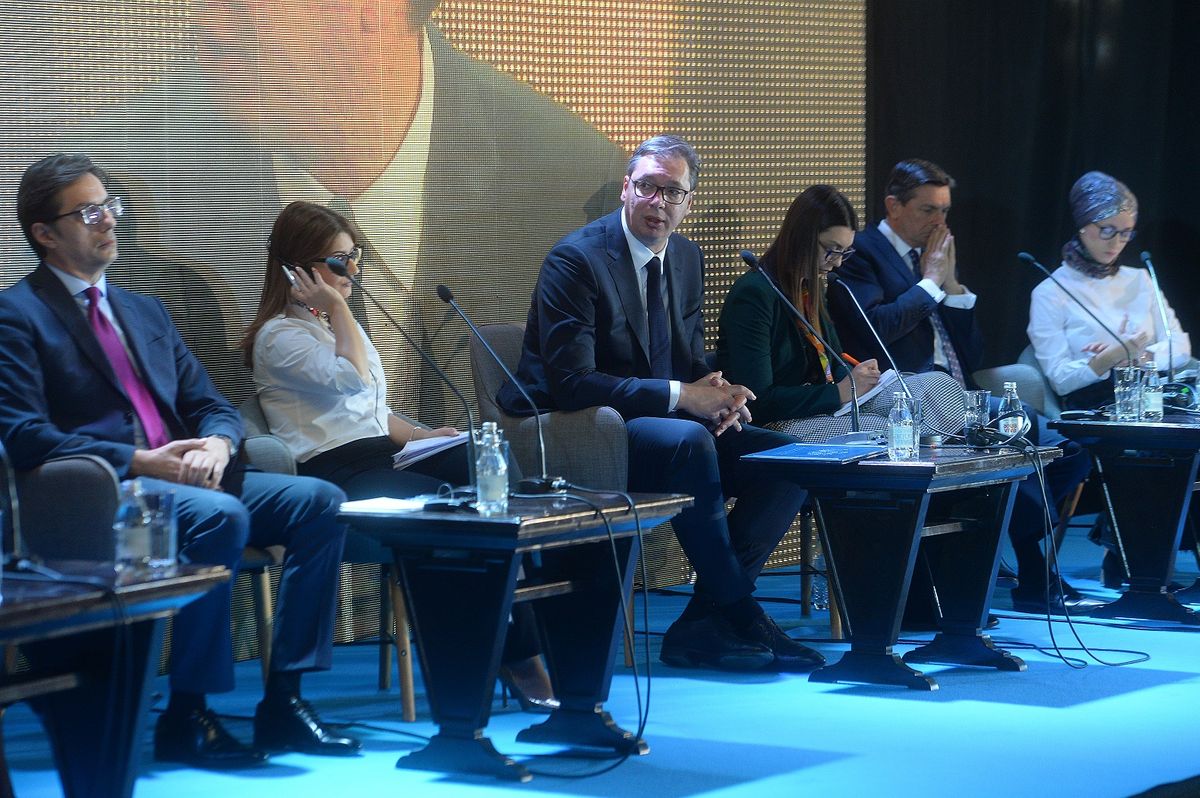 "In Serbia, although we lie each other that we have 7.3 million people, we do not have more than 6.5 million people; Bosnia and Herzegovina does not have more than 2.7 million, North Macedonia has 1.4 million, and Priština does not even have 1.2 million all together with 95,000 Serbs. There are not even 3.2 million people in Croatia and 520,000 in Montenegro,” said President Vučić, pointing out that he is proud of a recent regional initiative based on the four fundamental freedoms of the EU. He added that it is important for the region to talk and make quicker decisions so that it could restore confidence and faith to the people to stay in their respective countries and expect a better future.
"It is not people's fault, they just want higher salaries, it is our fault that we have not been able to provide better conditions," said President Vučić, and asked the young people to understand that significantly better conditions could not be provided in a year, two or five, because during this period, wages can increase by 30-50 per cent, but not by 200 per cent.
Novi Sad,
23rd November 2019
Share