President of the Republic of Serbia Aleksandar Vučić is staying in the Republic of Albania where he participated in the meeting of the Western Balkans leaders in Tirana. 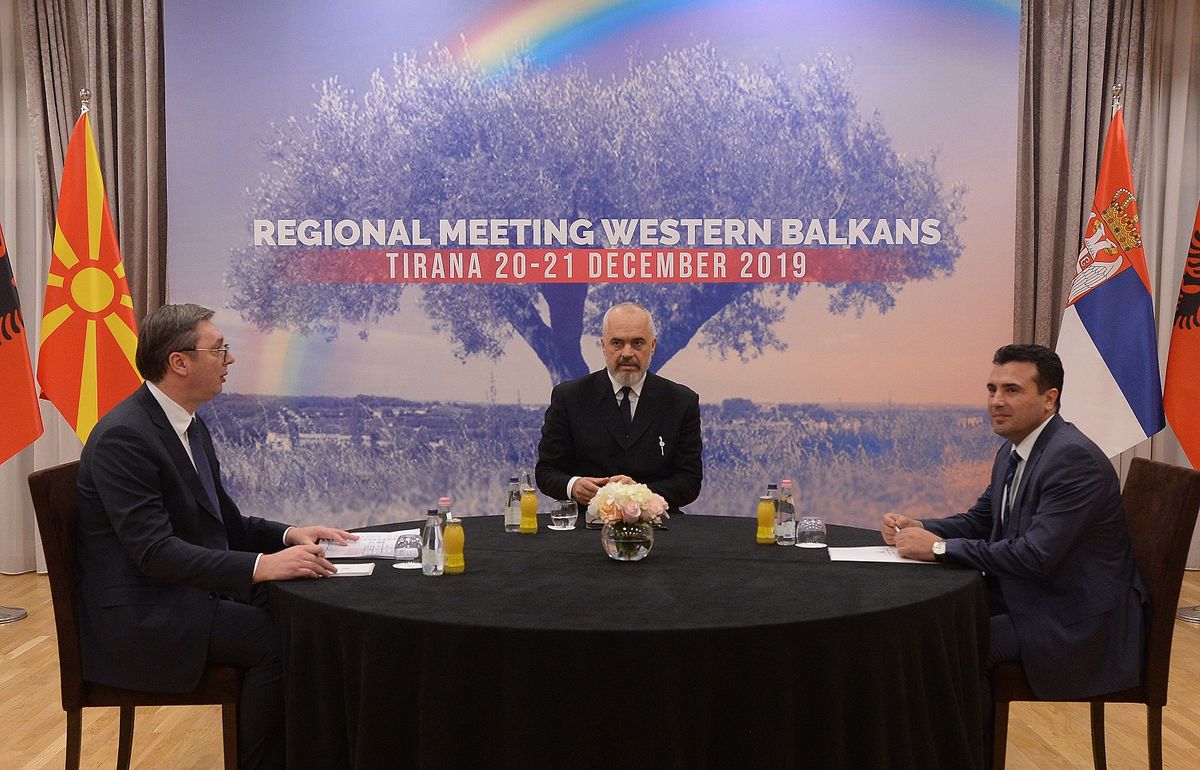 After the meeting with Prime Minister of the Republic of North Macedonia Zoran Zaev and Prime Minister of the Republic of Albania Edi Rama, President Vučić said that today's talks were focused on the integration of authorities in charge with emergencies - in the events of fires, floods and earthquakes, as well as on creating a single labour market.
„Before the end of the year, we will have the decisions rendered that people can enter all three territories only with the ID cards. We have created a software accepted by all sides. We have agreed to have a single labour market aimed at a richer and better quality life. In this way, we will cover for many problems we had in the past, in the construction of highways and in particular - in large investment works. That is what matters to the foreigners - the existence of labour-power on a single larger territory. In this way, your labour market is not six or seven million, but twelve million people. It implies tremendous changes," explained President Vučić announcing the next meeting of the Western Balkans leaders in Belgrade at the end of January. 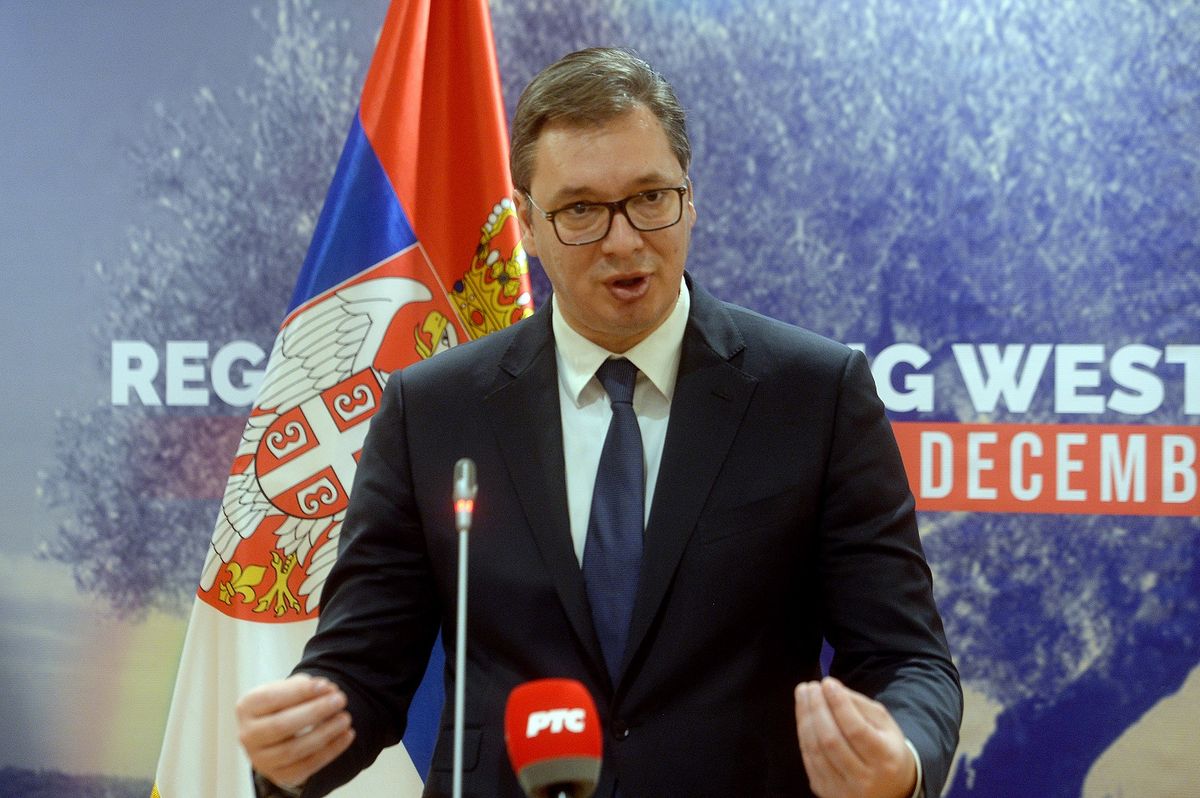 He also said that authorised economic operators were discussed to speed up transit and economic transactions while reducing costs.
"Our customs agencies will have many important meetings. We will try to approximate additionally in customs duties in order to have a unified customs system in the future. These are exceptional news that would warrant us a huge advantage over everyone else in the region in attracting investors and using our territories for transit and everything else," said President Vučić.
On the second day of his sojourn in Albania, President Vučić visited Durrës - the area heavily struck by the earthquake, and then the hotel accommodating the citizens who lost their homes. He conveyed condolences to all families of the killed in the earthquake in Albania. 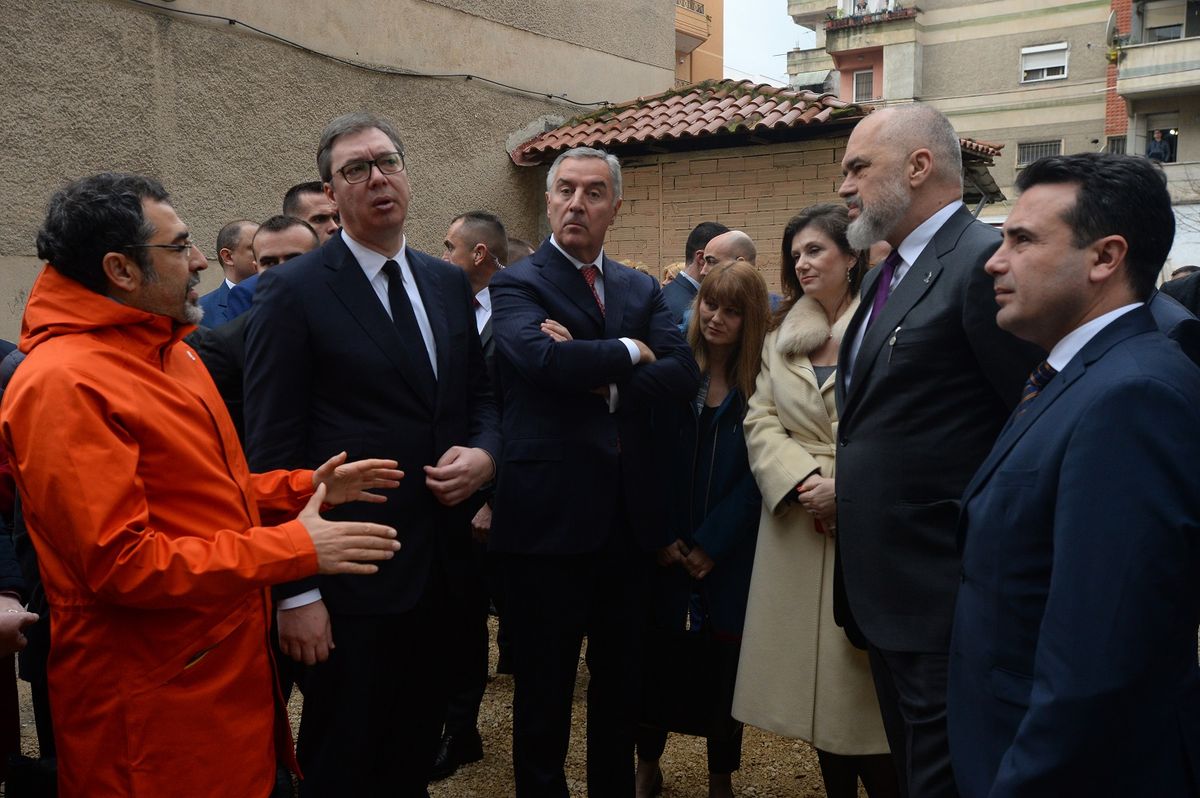 "We sincerely sympathised with the Albanian people. I think most people in your country were able to feel it. The Serbian Government will decide on Monday on a significant and large amount of money to help Albania," said President Vučić. 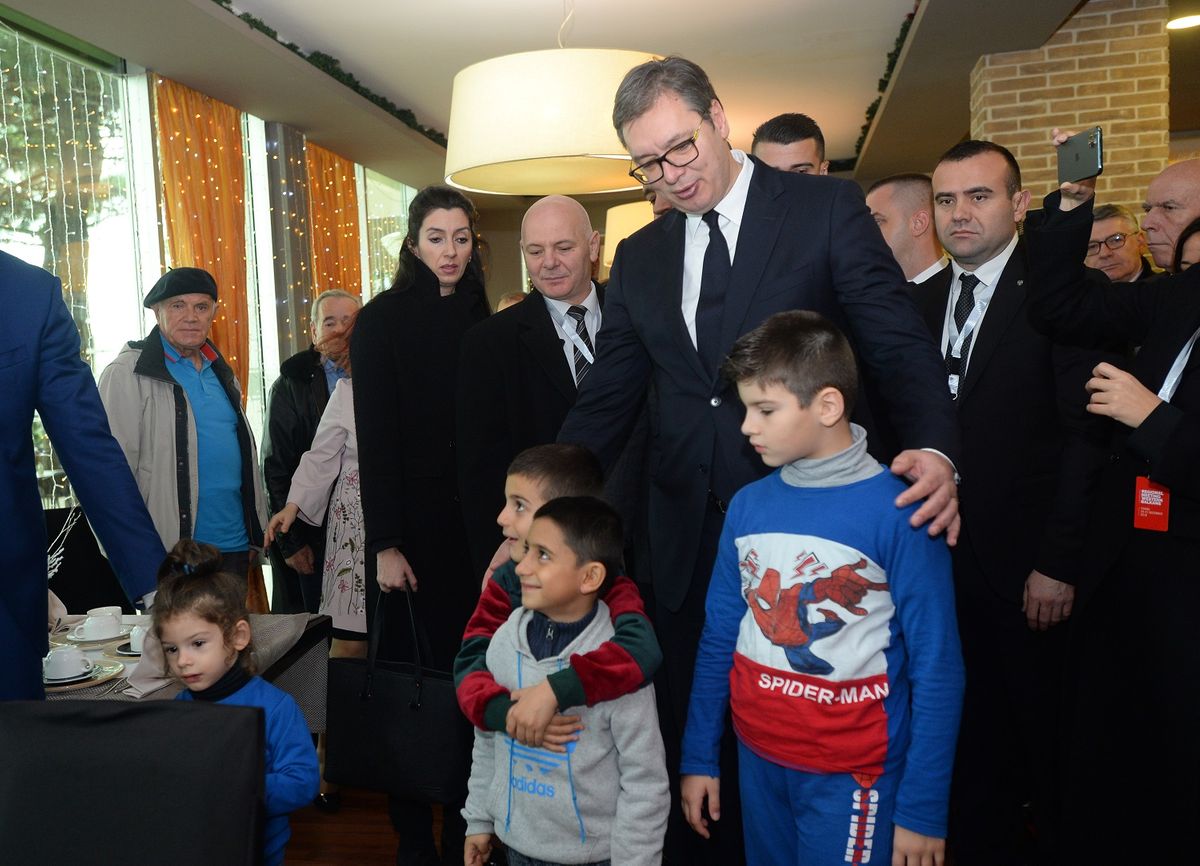 President of the Republic of Montenegro Milo Đukanović also attended today's meeting of the Western Balkans leaders, which was folowed by a meeting with representatives of international organisations and institutions. 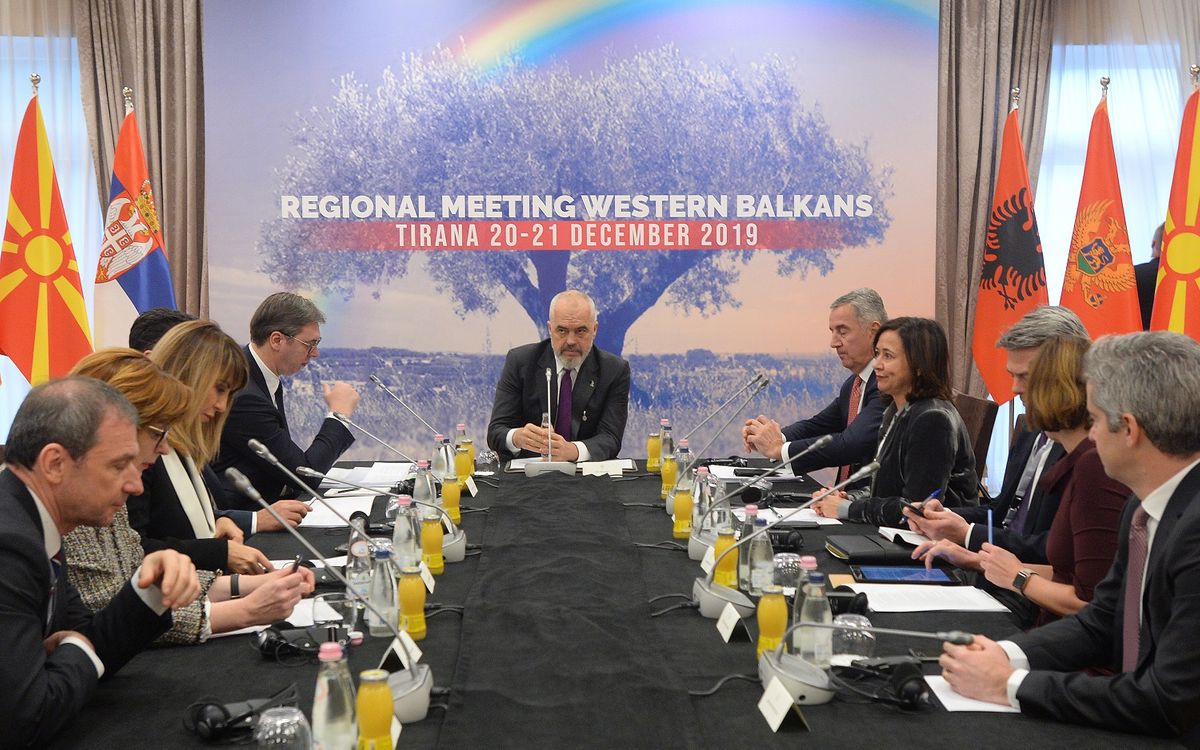 The Prime Minister of the Republic of Albania Edi Rama emphasised that this meeting and initiative do not exclude anyone and that the process is coherent with the process of each country to become part of the  European Union family.
"We are here to build a bridge between the past that divides us and the future that connects us," Albanian Prime Minister Rama pointed out. 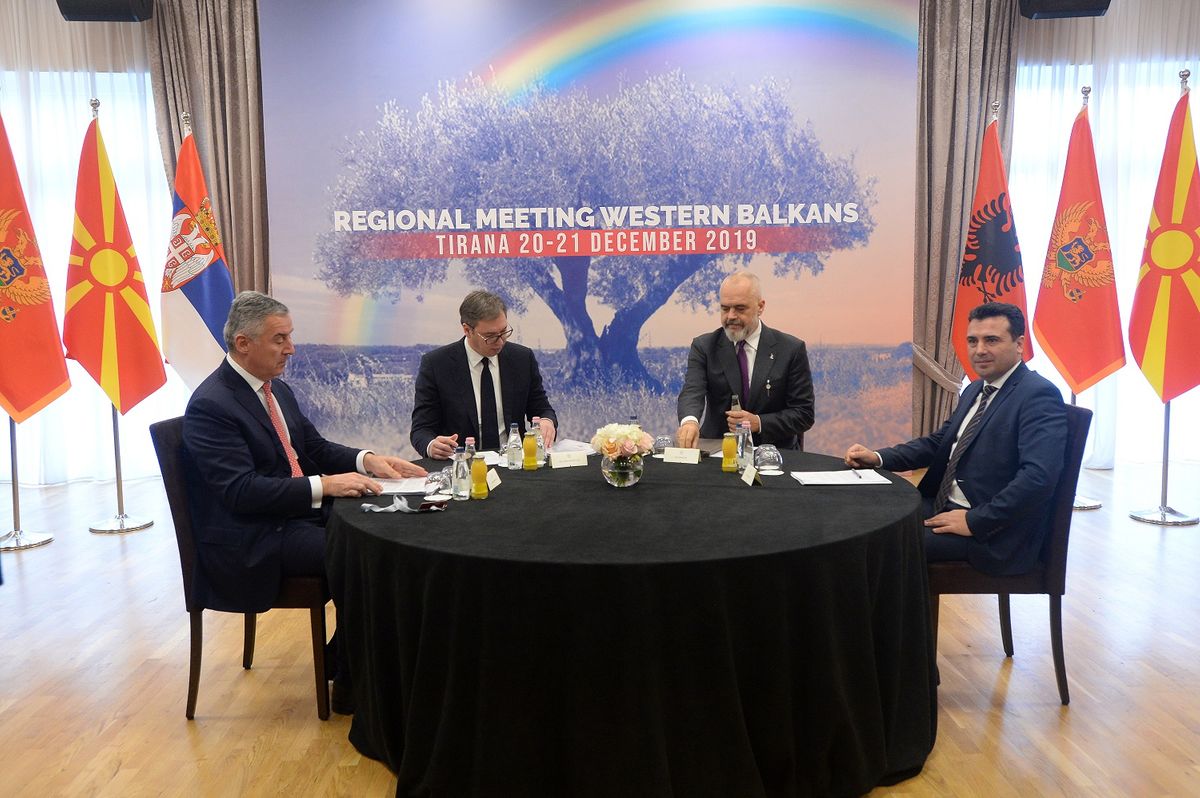 The Prime Minister of North Macedonia Zoran Zaev said that it has been proved in recent months that new Balkans is possible, the one which negotiates and talks.
President of the Republic of Montenegro Milo Đukanović said he supports all regional initiatives that drive Montenegro closer to its goal of joining the EU. He thanked for the opportunity to discuss the benefits that such an initiative could bring to the countries of the region and added that he believed that regional initiatives were an opportunity to foster trust and develop cooperation. 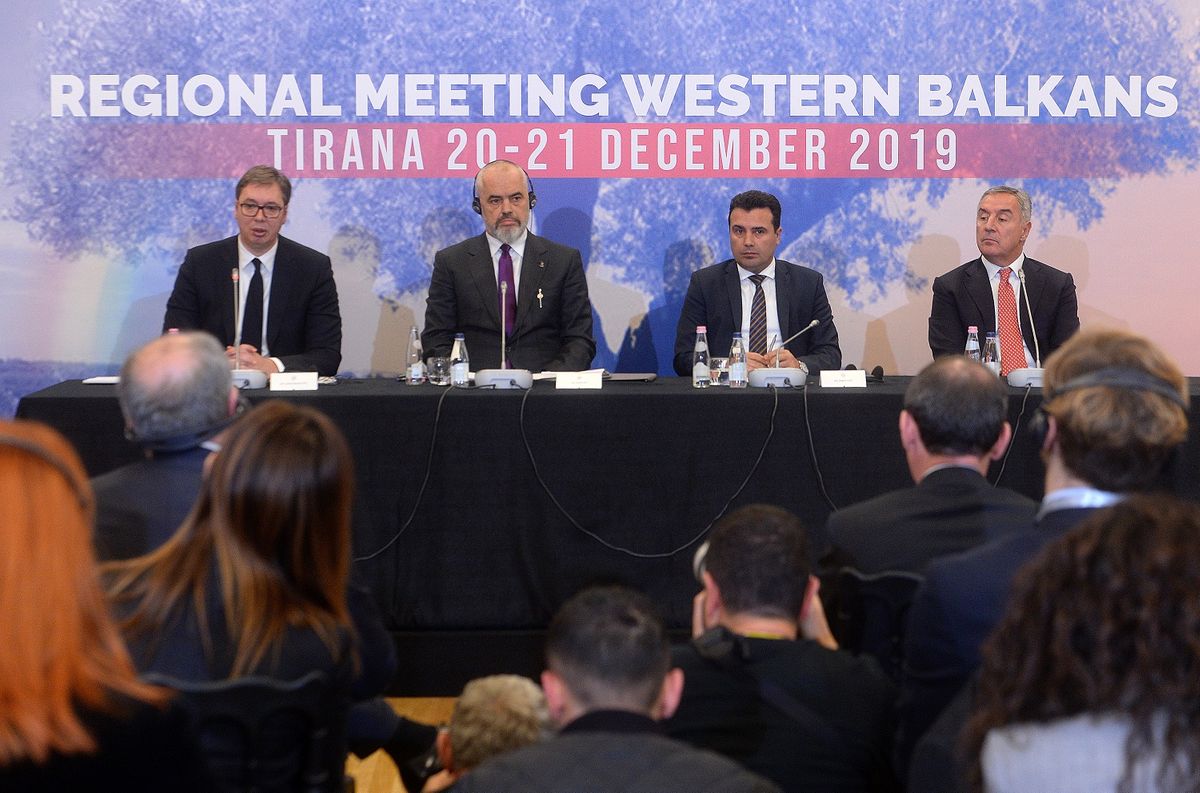 President Vučić stressed that without the idea of cooperation between the countries of the region, individual states cannot survive. He emphasised that the cooperation is intensified, but that the creation of the ambience will take years and then the results of this initiative will be then visible.
"It seems to me that we have made important decisions. We talked about improving the trade cooperation and we will continue the cooperation between our customs services. We have agreed to try to create a more singular labour market, which is important for attracting foreign investors. We will see to approximate many regulations with each other, the market of 12 million people is much more attractive than our small countries. I believe that we will have more good news for our citizens,” explained President Vučić, adding that we will continue to do our job on the European path, but also to create a good ambience in the region. 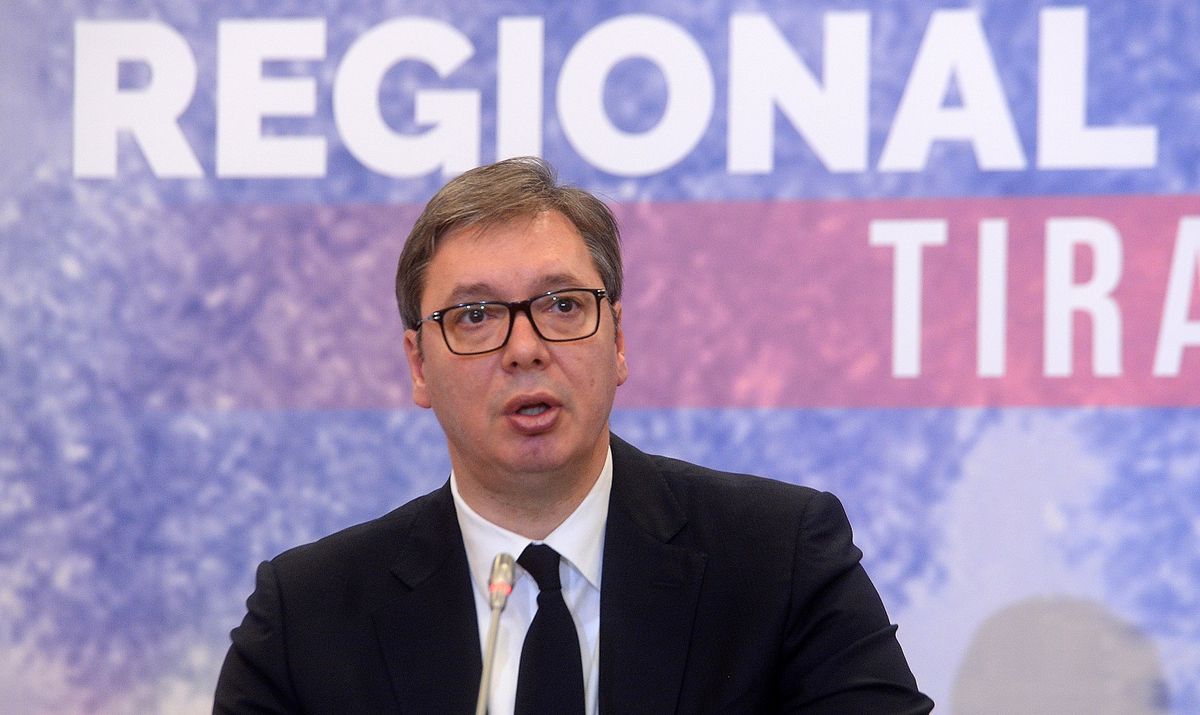 "If we understand each other, we will live better and respect each other more," President Vučić said.
Tirana, 21st December 2019
Share