President of the Republic of Serbia Aleksandar Vučić attended today the Joint tactical live-fire drill "RESPONSE 2021", which was held at the "Orešac" and "Pasuljanske livade" training grounds. During the drill, members of the Serbian Army and the Ministry of the Interior demonstrated part of their ability, training, firepower and cooperation in resolving crisis situations. 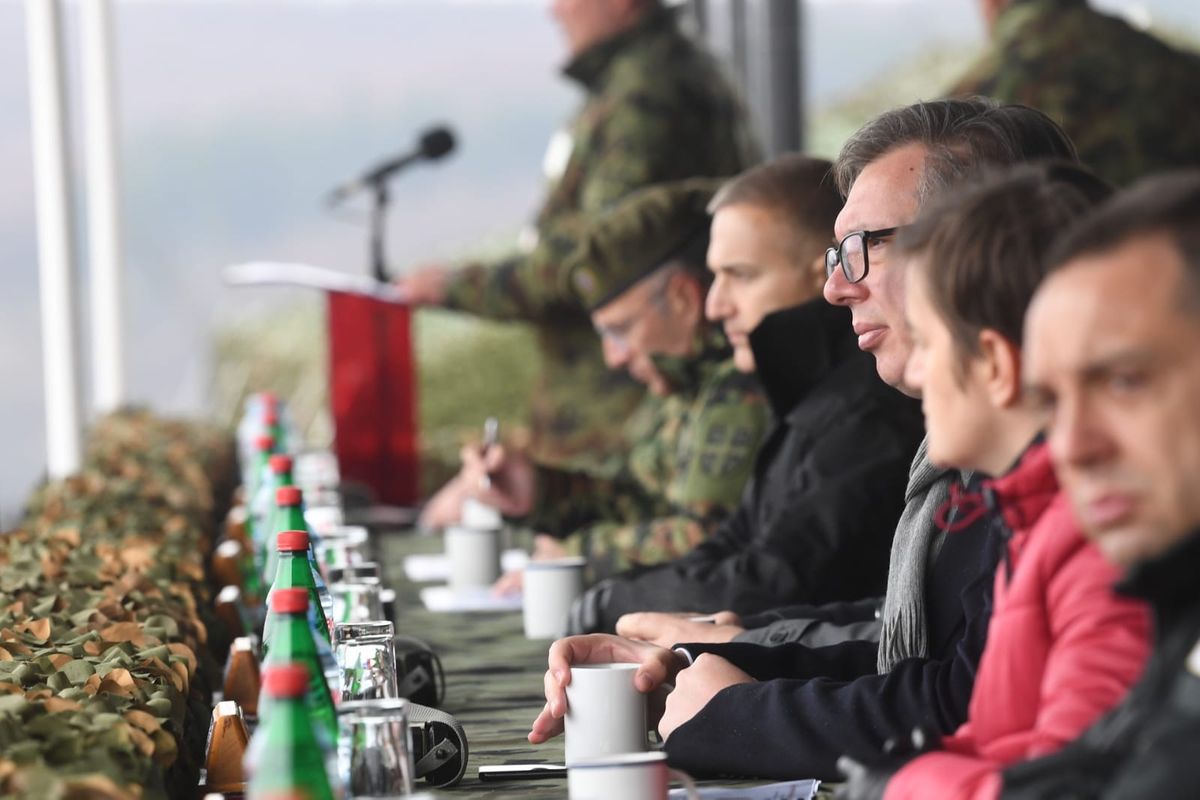 At the "Orešac" training ground near Vršac, the ability of special units of the Serbian Army and police to carry out anti-terrorist action and resolve the hostage situation was demonstrated, aimed at demonstrating the readiness and training of joint units to successfully respond to all risks and threats to the security of Serbia and its citizens.
The drill had five segments during which the security forces, acting from the air, land and on water, with the use of helicopters, combat armored vehicles "Miloš" and "hummer", landing boats, drone and anti-drone systems, rapidly and efficiently defeated and neutralised the terrorists, which exhibited top training and a high degree of precision.
The Joint tactical drill "RESPONSE 2021" continued at the "Pasuljanske livade" range, where units of the Army ground troops, Air Force and Air Defence, Gendarmerie, as well as helicopter units of the Serbian Ministry of the Interior, presented the actions of a strengthened combat group in defence with attack launching. 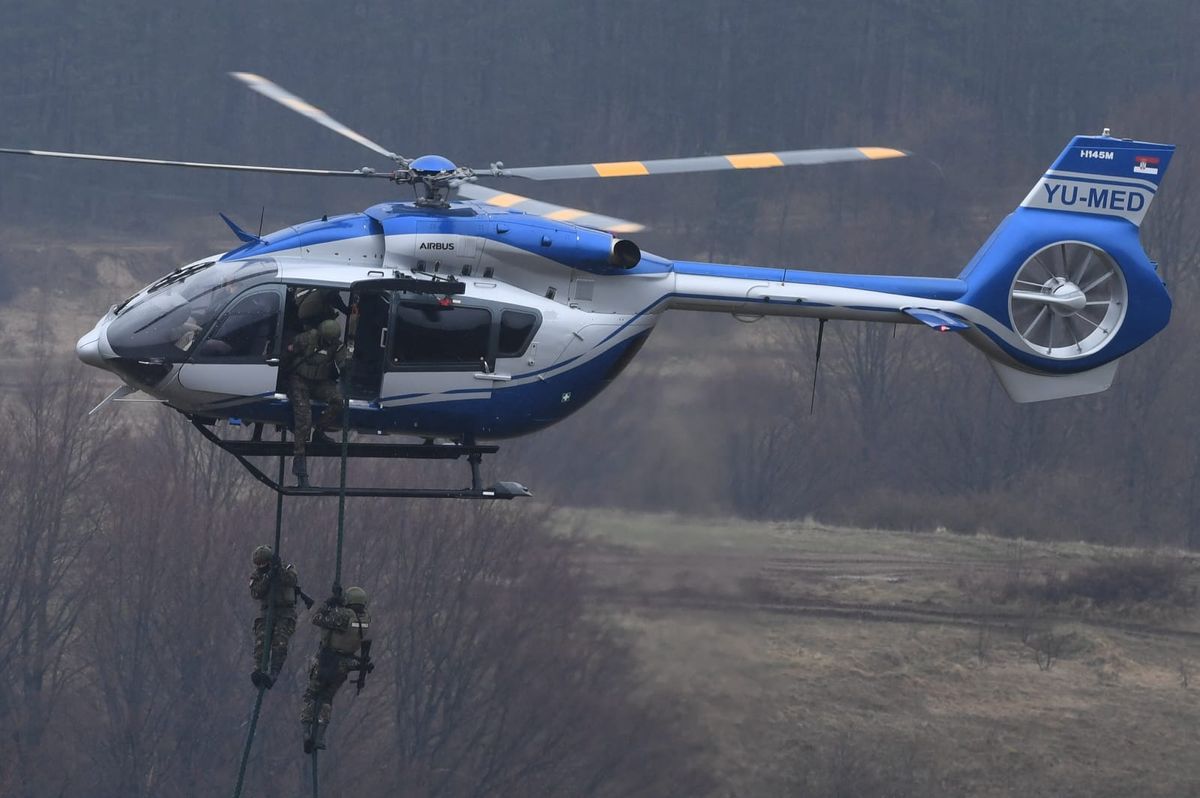 Fighter and bomber aircraft took part, as well as helicopters, artillery and missile anti-aircraft defence. The Serbian Army has deployed some of the most advanced available weapons and combat systems, as well as weapons and equipment developed by the domestic defence industry.
Mi-35 helicopters, as well as anti-tank helicopters of the "gamma" type, which neutralised enemy armoured vehicles with "malyutka" missiles, also acted at today's exercise, while assault planes of the "Orao" type and MiG-29 fighter planes operated in simulated combat.
President Vučić congratulated the members of the Serbian Army and the Ministry of the Interior on the successfully performed exercise and emphasised that he was proud of what was presented today. 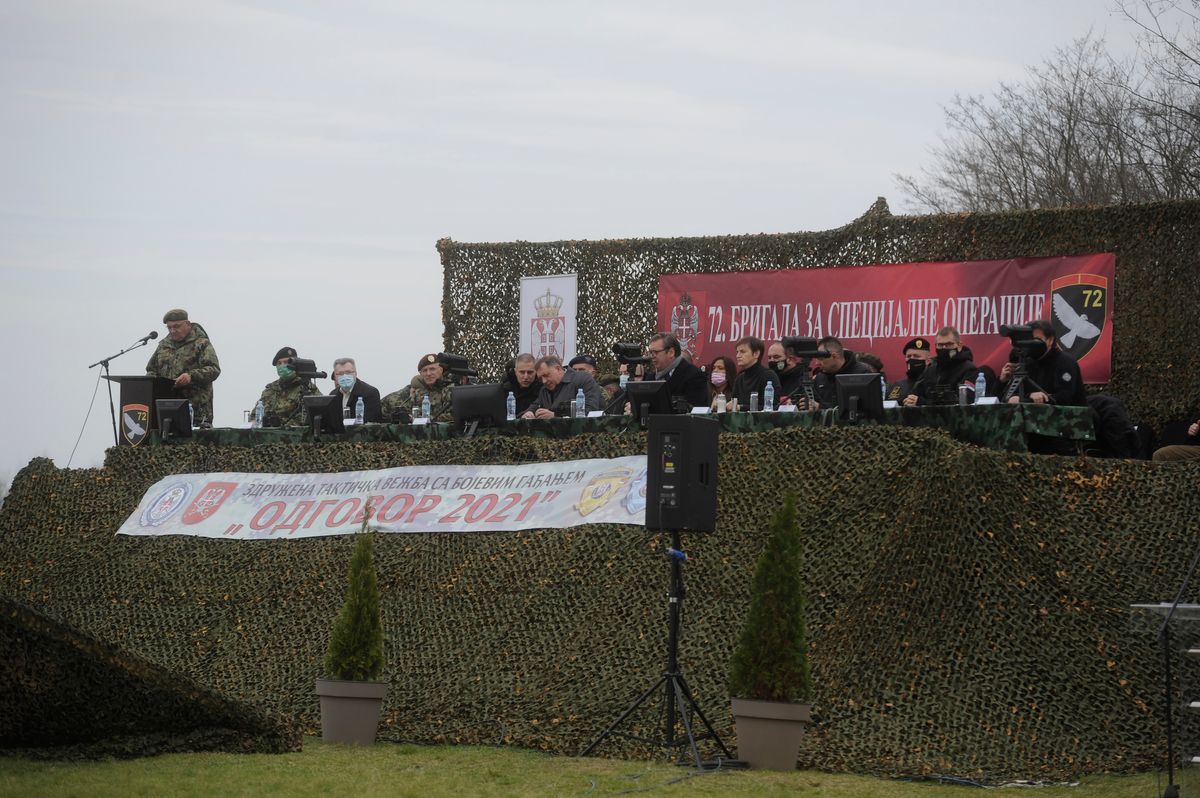 "We have seen how the Ministry of Defence and the Ministry of the Interior, our army and our police, can work together," said President Vučić, highlighting the performance of the artillery and missile system for air defence "Pancir S1", which is considered one of the most modern air defence systems in the world in its class.
The President added that with today's exercise, which deployed modern weapons and equipment, the army and police showed how much investment is needed in defence, and announced further modernisation of the Serbian Army and police.
"Our army and police must be even stronger, have better living conditions. I believe that by further modernisation, equipping and strengthening the army and police, we can act preventively and deter any aggressor," said President Vučić. 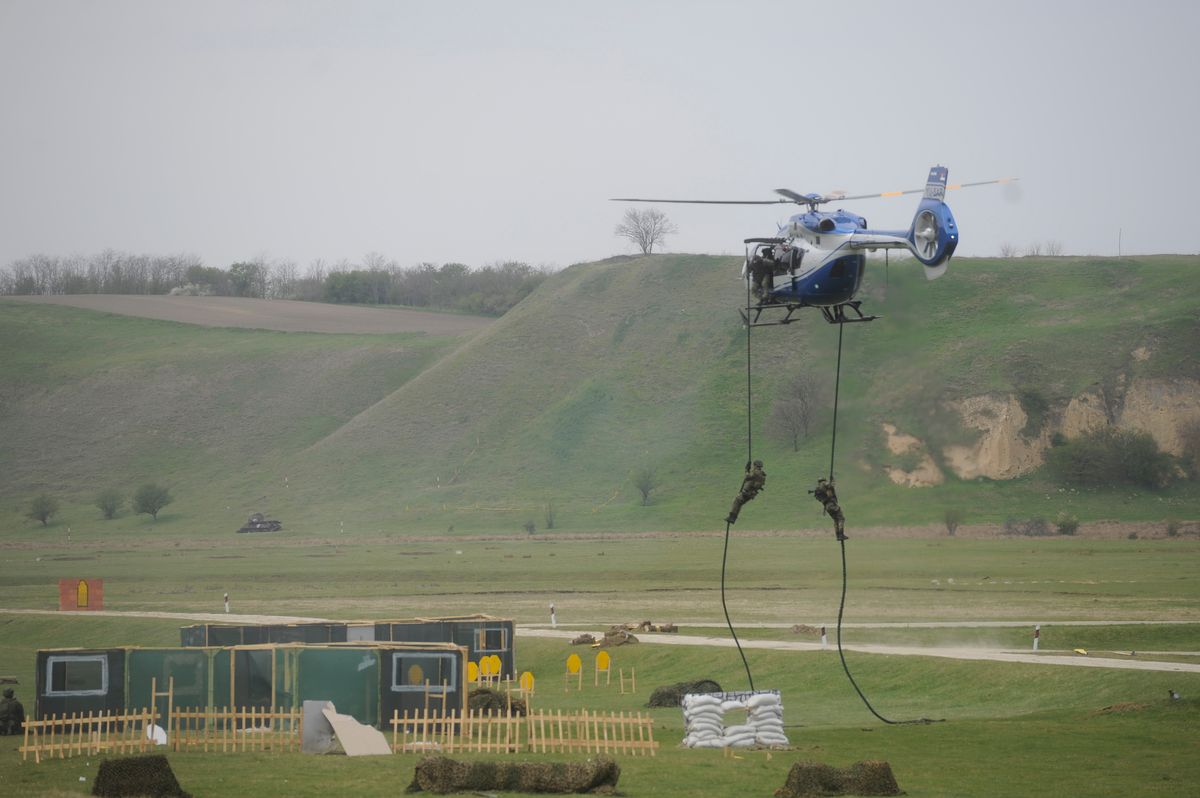 "Fast, efficient and very organised. I congratulate all members of the army and police on the successfully completed exercise and thank you very much!", said President Vučić at the end of the exercise.
About 1,200 members of the Serbian Army and about 300 members of the police took part in the "RESPONSE 2021" drill. Members of the Army, Air Force and Air Defence, 72nd Special Operations Brigade, 63rd Parachute Brigade, Gendarmerie, Special Anti-Terrorist Unit and MUP Helicopter Unit demonstrated their abilities. 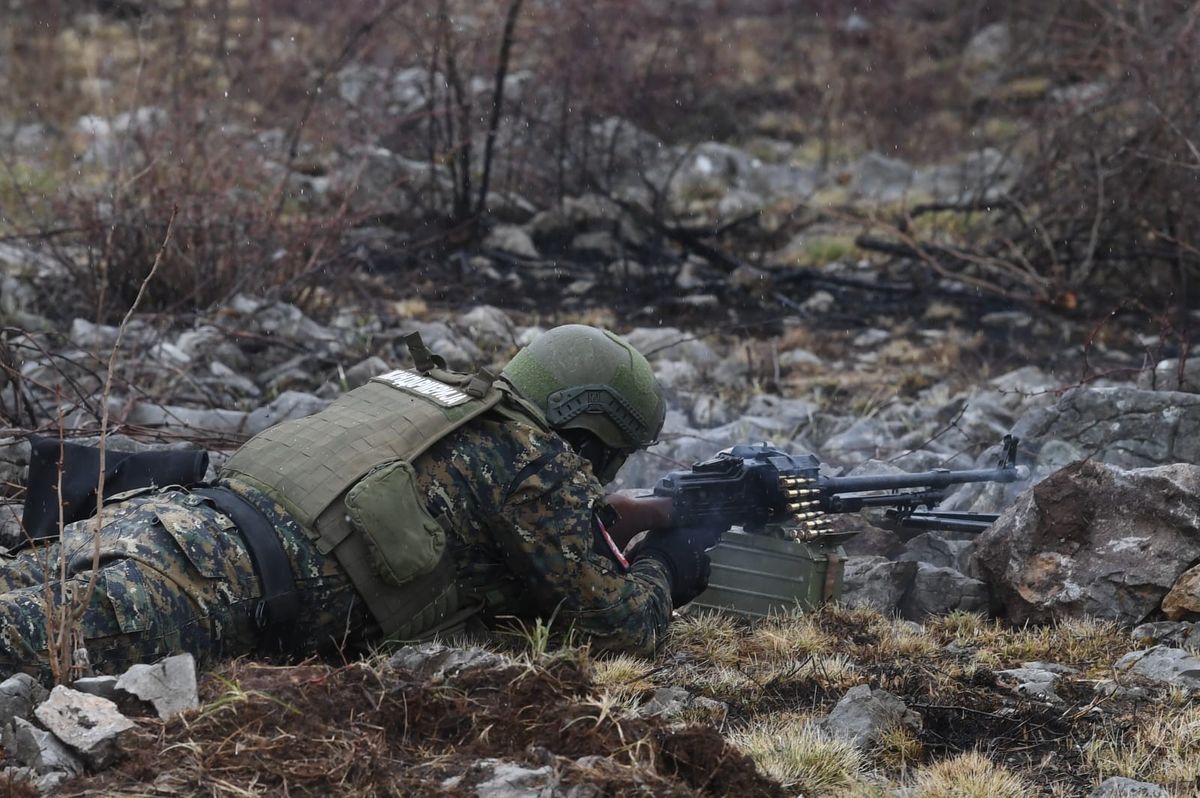