President of the Republic of Serbia Aleksandar Vučić attended today the central event marking the Day of the Ministry of Interior Affairs and the Police Day held on the plateau in front of the Palace "Serbia". He said that the Serbian leadership - from the President and the Prime Minister to the Minister of Interior Affairs - grants that humiliation of Serbian police officers will never be permitted as well as compromising the values that the police managed to create. 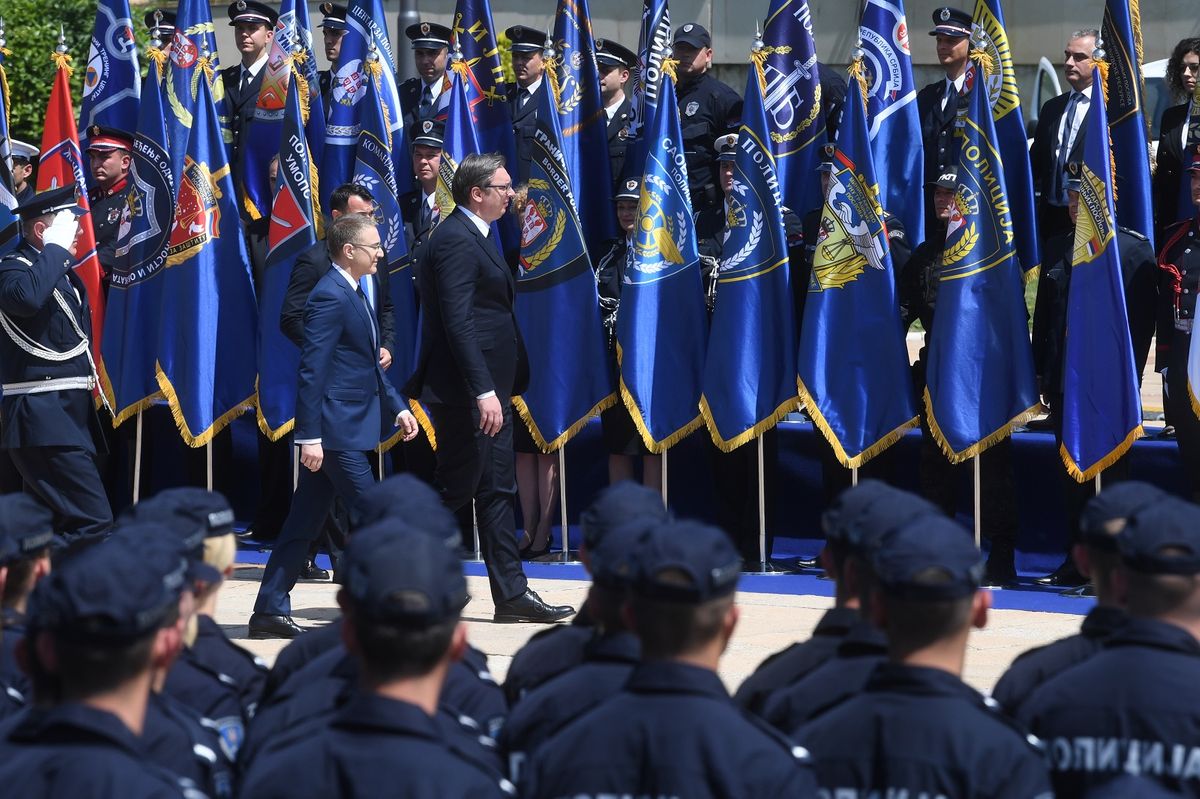 President Vučić wished the young students success in their hard and arduous work and added that investing in equipment and weapons - and above all in people - will continue. He stated that the police forces have expanded by almost 5,000 people, 700 new vehicles, four helicopters, and that three more are expected.
"Today is a perfect day to celebrate the achievement of progress and enhancements in the police," said President Vučić and pointed out that of all the changes, the most noticeable one is the increase in citizens' respect for the members of the Ministry of the Interior Affairs. 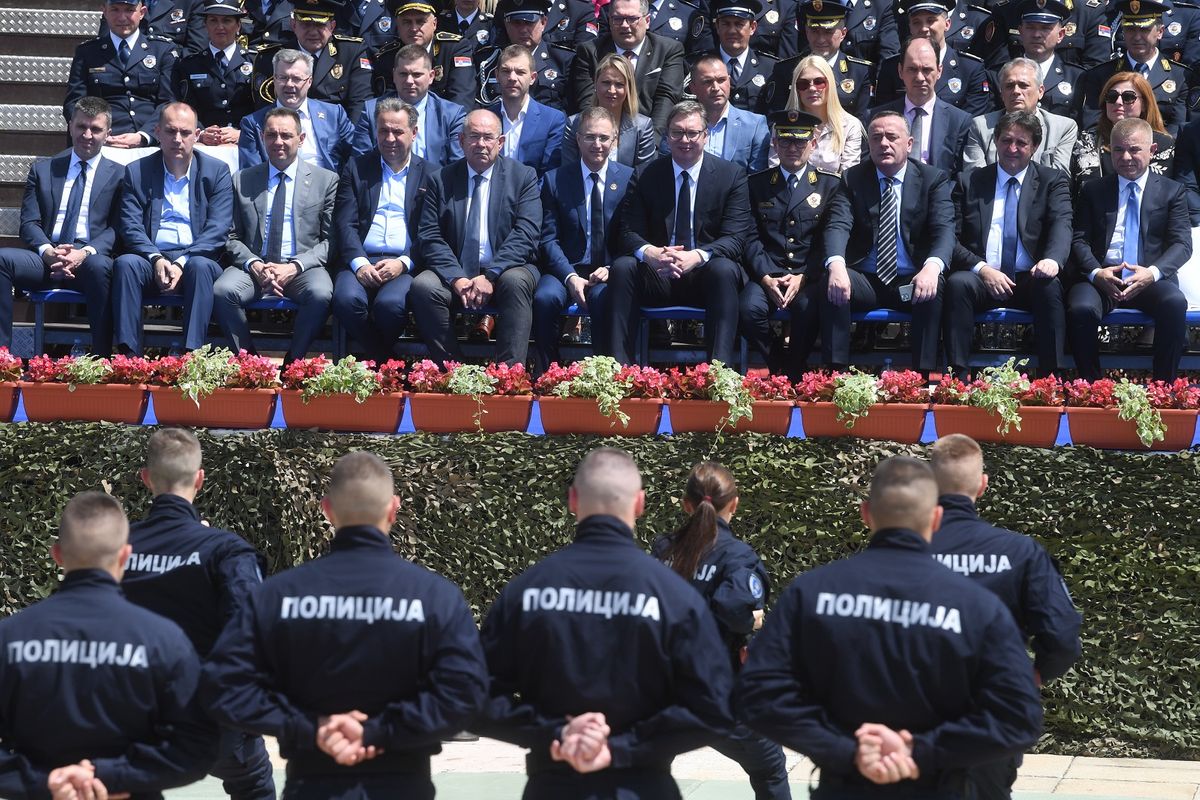 "Such respect is not something that the president or the government can buy or give - it is rather due to the commitment of the police, better results and greater confidence of the entire police. At the end of the day, the success index does not depend on how many people are arrested, but to what extent our streets are at peace and how safe our citizens are," said President Vučić. He especially thanked the young police officers for showing great discipline and responsibility during the crisis that surprised the whole world, but not them. 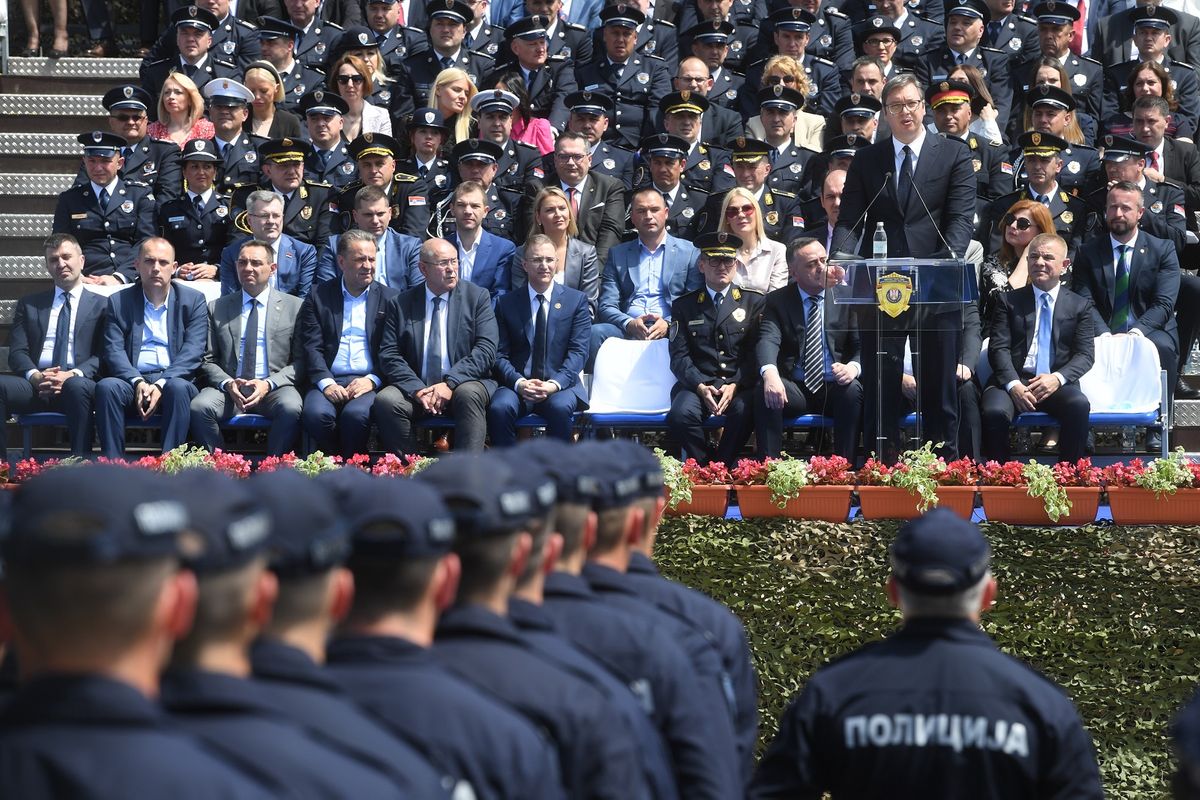 "You were the least surprised and you acted bravely, with dignity and, above all, responsibly and seriously. By doing so, you showed that you deserve a police badge and that you are engaged in one of the most honourable professions that a country can offer. Serbian citizens have many reasons to be grateful to their police. There were many challenges and difficult moments, and you coped with all of them successfully. Thank you for loving our best and most beautiful homeland," said President Vučić.
Beograd,
7th June 2020
Share