President of the Republic of Serbia Aleksandar Vučić said earlier today at the ceremonial opening of the Chinese factory Yanfeng Automotive Interiors in Kragujevac that the unemployment rate in Serbia - for the first time as of it is being measured - fell below 10 per cent, and that the economic growth of Serbia this year may rise to even four per cent due to the overall recovery of industrial production. 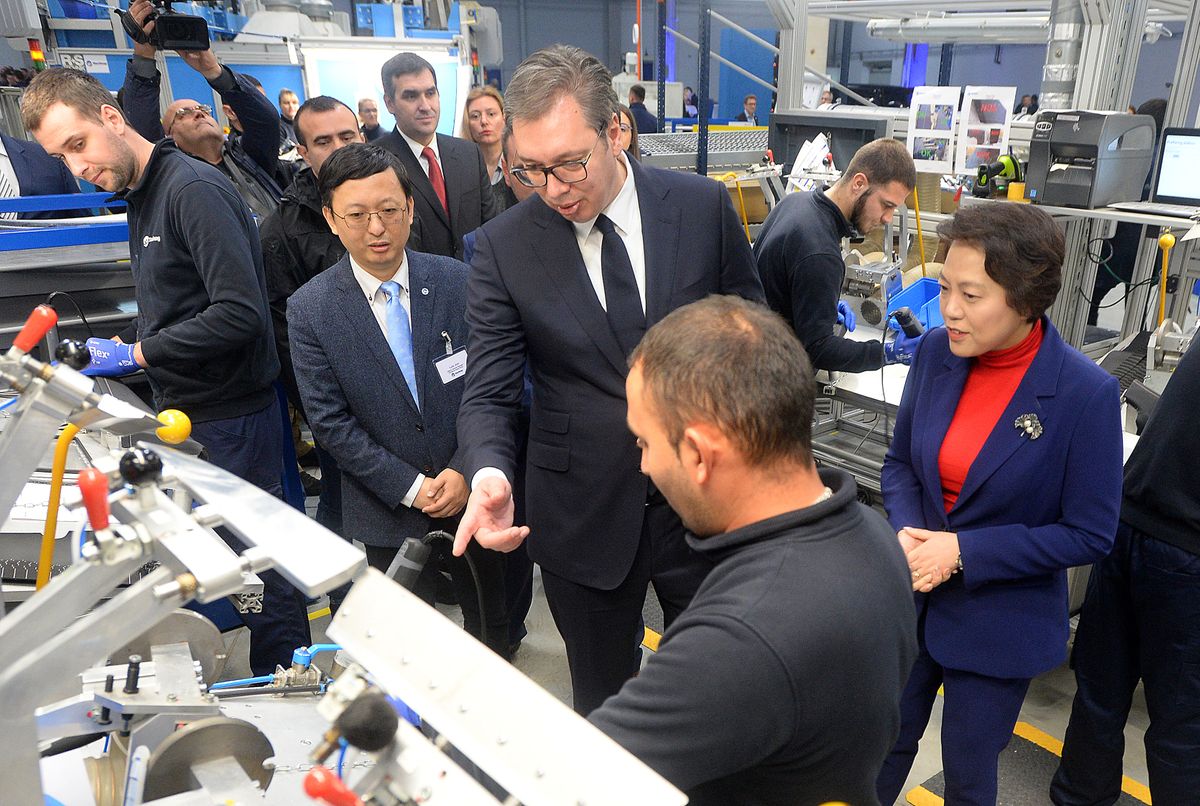 President Vučić thanked Ambassador Chen Bo for her great commitment to bringing this company to Serbia and congratulated the first employees, pointing out that today is an important day for Kragujevac and Serbia.
"The first production line has been installed, the second one has arrived, and the third and the fourth will be arriving by April. I expect the first 400 employees by the end of this year and 800 by the end of 2023," the President said.
President Vučić added that he told one of the young men employed by the factory that craftsmen - carpenters, hewers, welders will soon have higher salaries than managers and PR specialists. 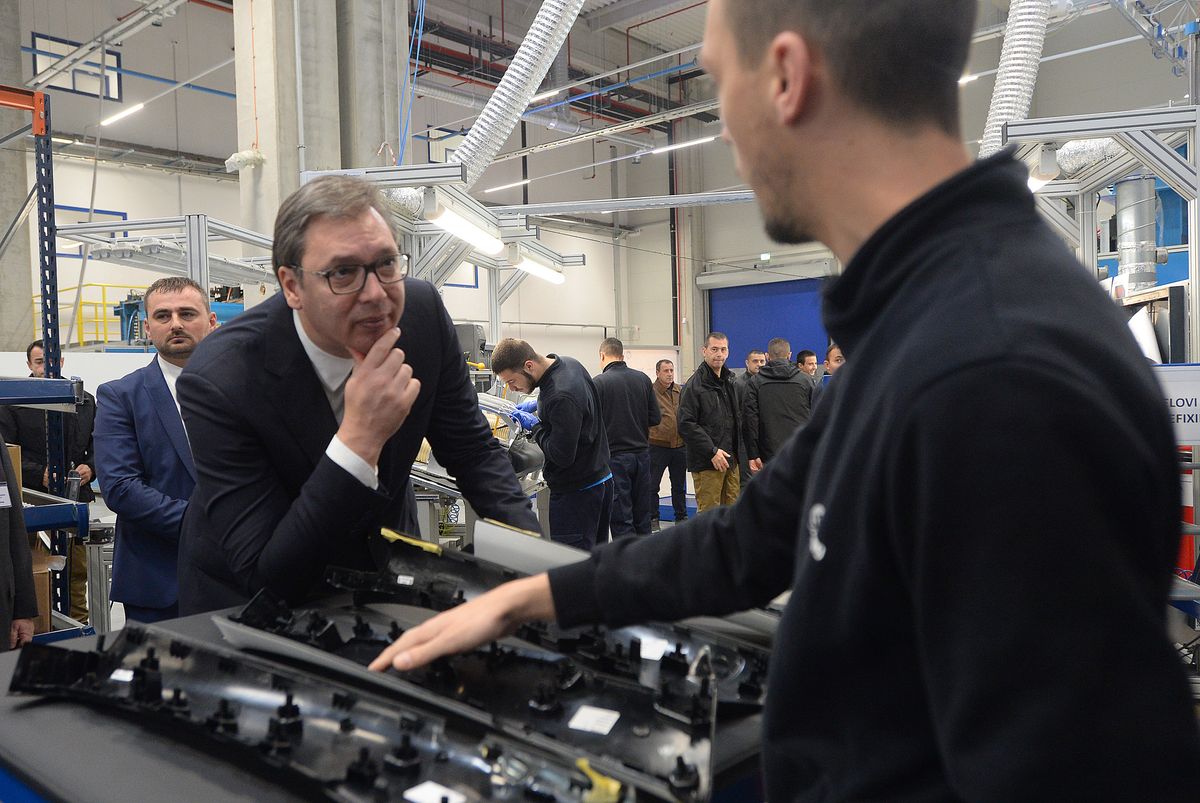 "That is why I ask you to participate in the dual education programme as much as possible and to understand that the future is right here, and it would not be here without companies like this one," said President Vučić, who also pointed out that unemployment in Serbia fell below 10 per cent for the first time.
"For the first time since the unemployment rate has been measured, and that is since 1995, it is less than 10 per cent and is now at 9.5 per cent," he said.
President Vučić emphasized that the citizens of Serbia showed that through diligence, patience, perseverance and hard work, we can get the country - that had unemployment of 24-25 per cent - out of the crisis and reduce the unemployment to an acceptable level. 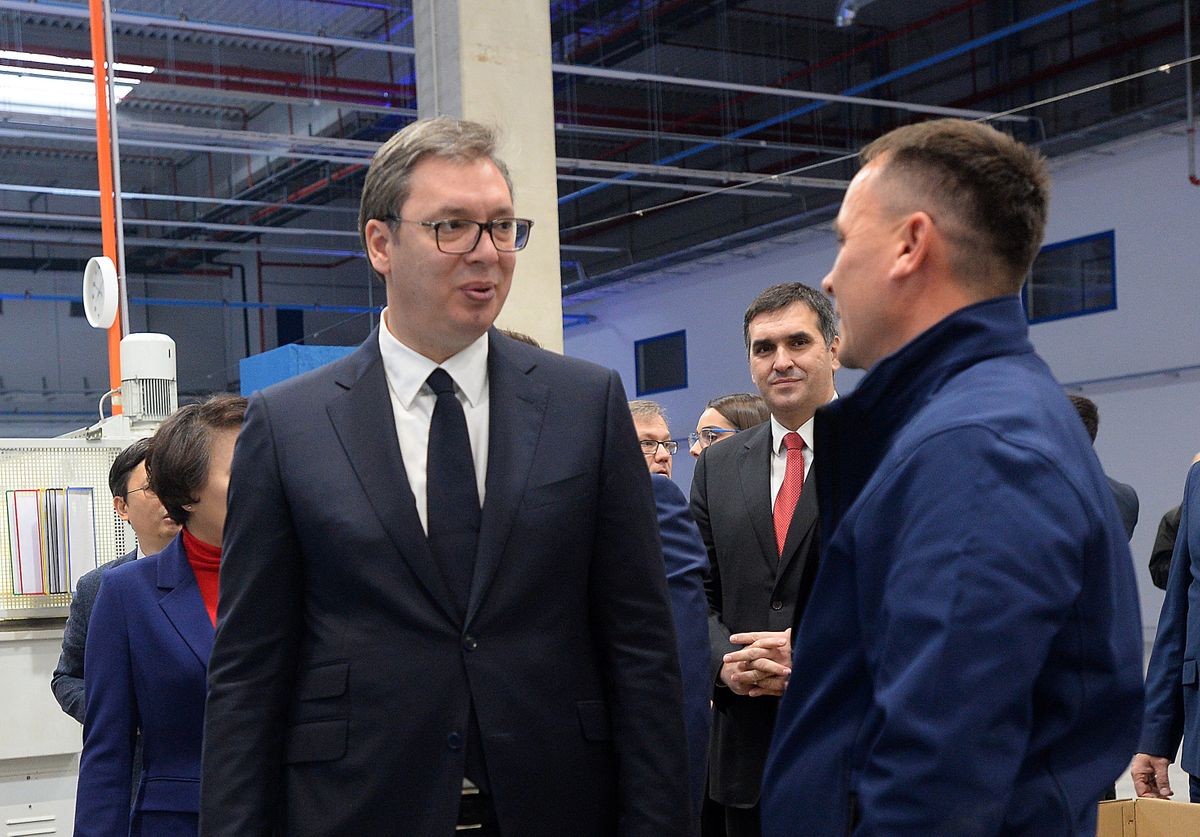 President Vučić said that the goal is to bring the unemployment rate to the EU level, between six and seven per cent, and that only then we will be able to say that we are completely satisfied and added that the economic growth of Serbia this year may be up to four per cent, due to the overall recovery of industrial production.
President Vučić emphasized that this would be drastically higher than the IMF and the World Bank predicted for this year.
"It would bring us the new strength and an even higher momentum for increasing of salaries and pensions in a short period of time, but let us wait for a few weeks and see that," President Vučić said, adding that statisticians had indicated to that him considering the growth trends in industry and construction. 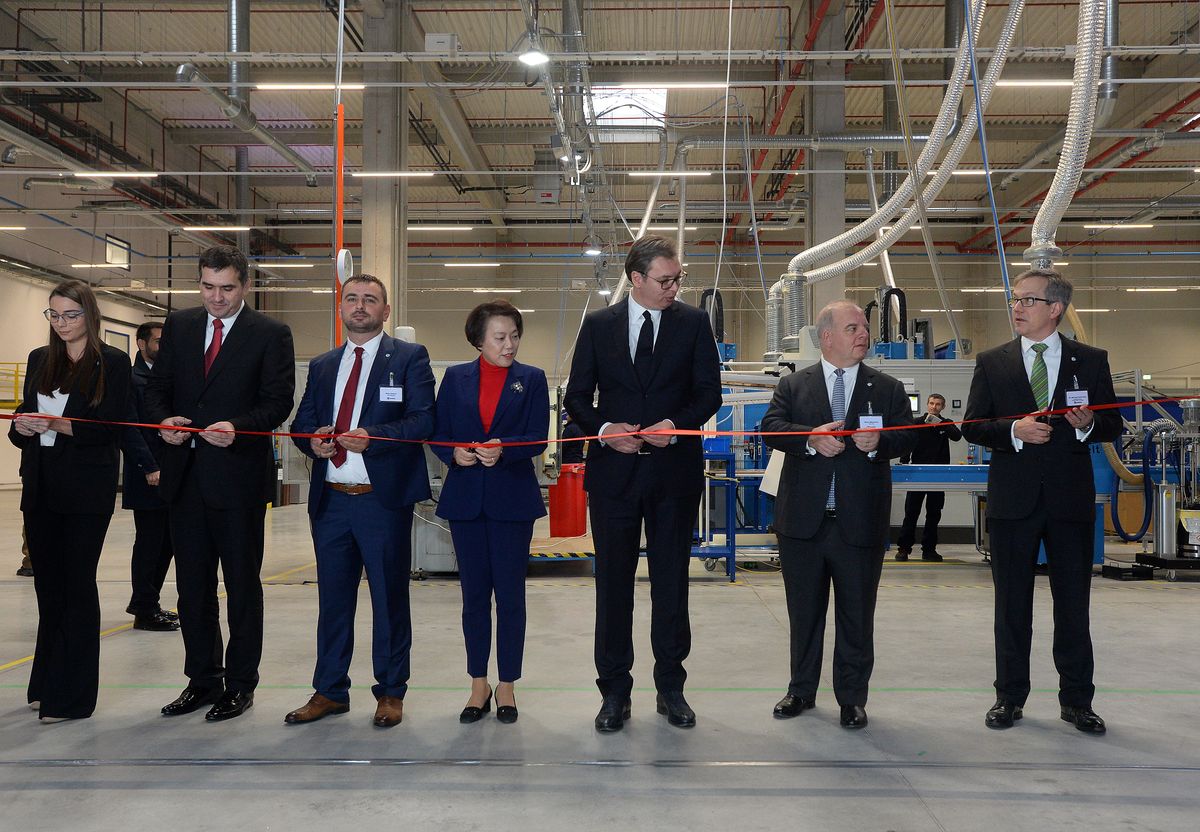 Ambassador of the People's Republic of China Chen Bo said that Kragujevac is a Serbian city known for its automobile industry, the "Zastava" factory.
"I can say that the company has found the right place for itself in Serbia," said Ambassador Chen Bo, adding that by 2023 the value of production will reach 76 million euros.
"I am convinced that the opening of the factory will benefit the development of the facility in Europe as well as the economic prosperity of Kragujevac," said Ambassador Chen Bo.
The factory's Chief Executive Steve Meszaros said they chose Serbia to expand their production as the automotive industry moves east. 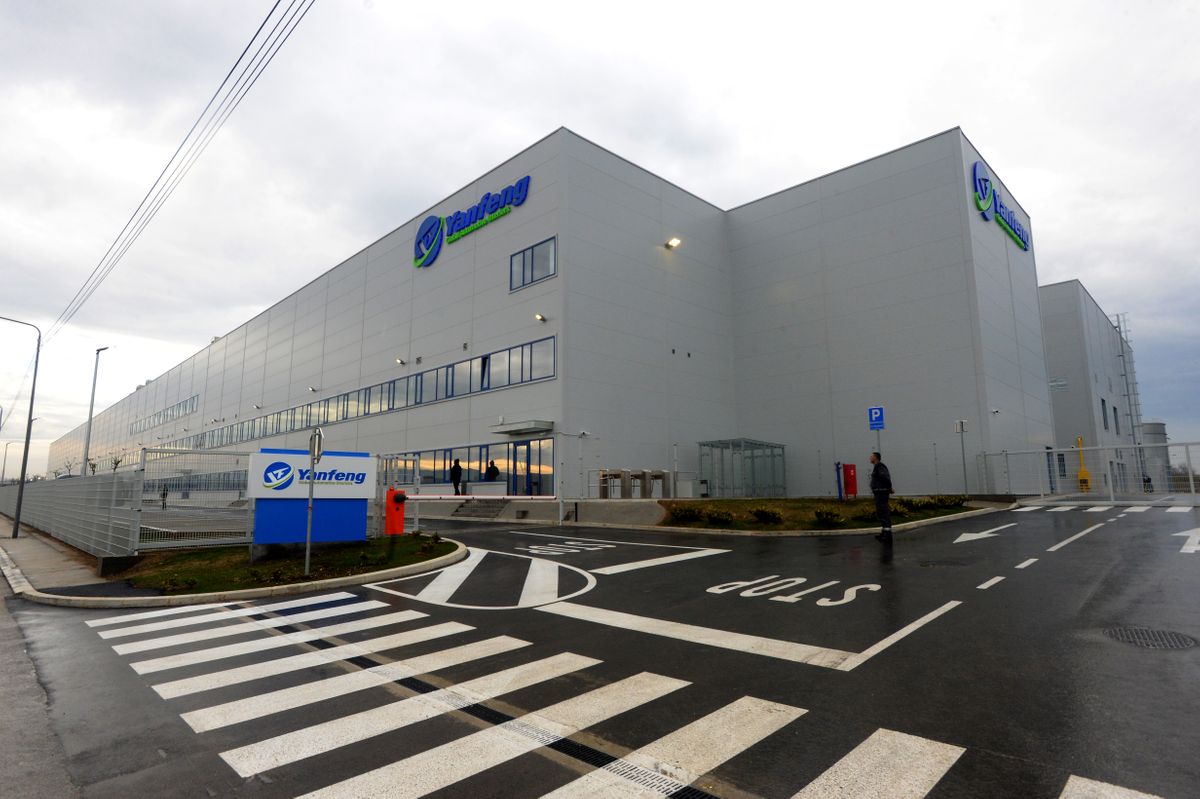 "Many of our customers and manufacturers have established factories in Central and Eastern Europe in recent years. This is a good geographical position, which can support our operations in Central Europe and new plans for efficient transportation," Meszaros said.
The Chinese company Yanfeng Automotive Interiors is the world leader in the production of interior components of the world's most famous manufacturers, such as Mercedes.
The company, headquartered in Shanghai, has about 110 manufacturing facilities and technical centres in 20 countries and more than 32,000 employees worldwide.
Share