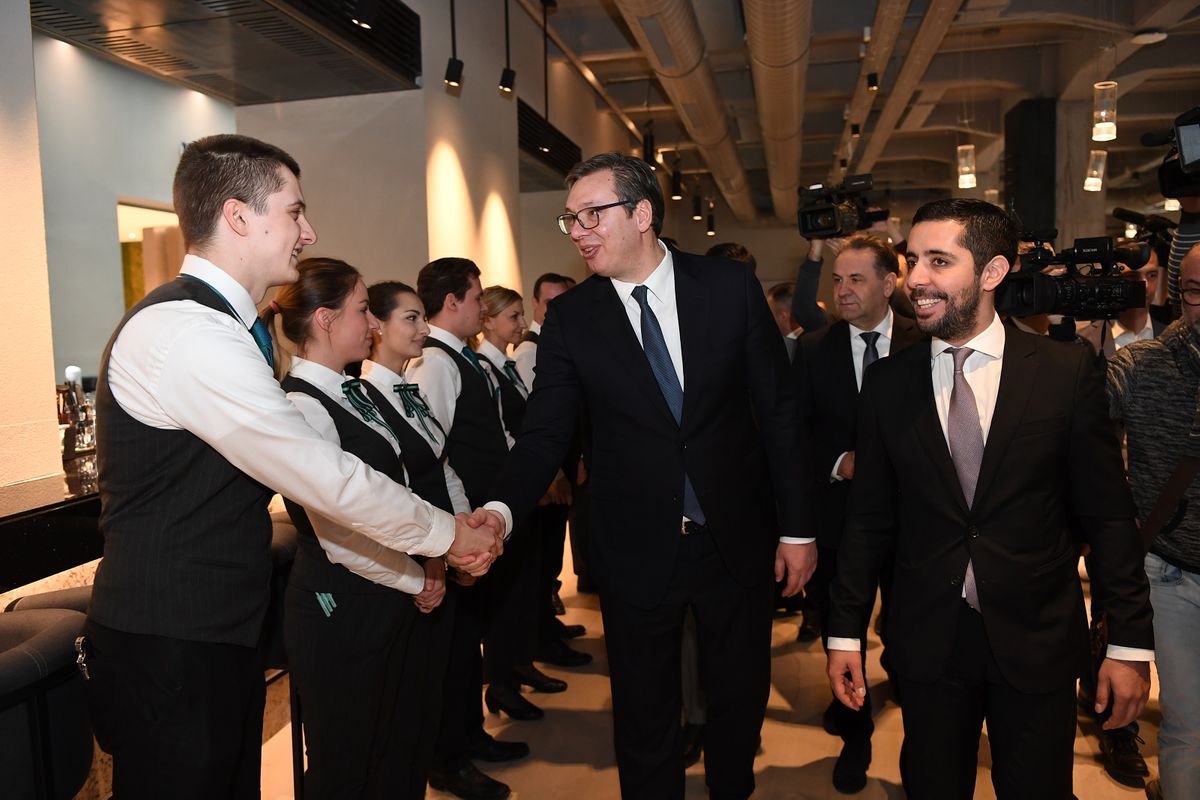 The hotel covers the area of about 20,000 square metres and is categorized as a four stars hotel. It is built in Dorćol, at the site that once accommodated the first Serbian chocolate factory founded by the merchant and industrialist Kosta Šonda.
The cornerstone for the hotel construction at the end of November 2017 was laid by President Vučić, the then Mayor of Belgrade Siniša Mali, and the owners of the "Mona" company. 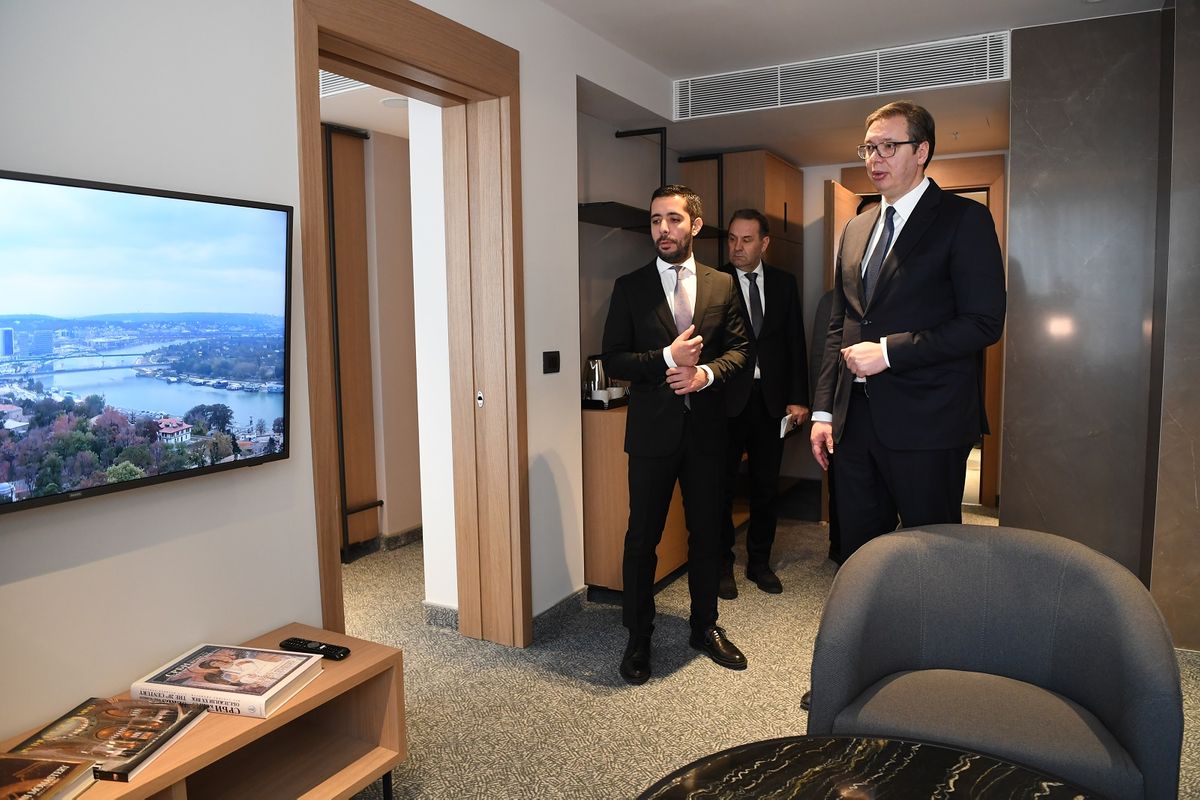 President Vučić toured the hotel, talked to the employees and pointed out that an empire has been established that they can be proud of.
"A family enterprise based on love and respect, but also on a common interest in prosperity and preservation of the family values is the most powerful and most potent motive for such success. Private initiative is a lifeline for us. You are not just one hard-working family; you are a symbol of Serbia's success and prosperity. Thank you for your hard and diligent work, not only for yourself but also for your country," said President Vučić. He added that today, as we strive to keep up with the world and when we attained a record growth, we acknowledge that the market is the only measure of value for both services and companies. 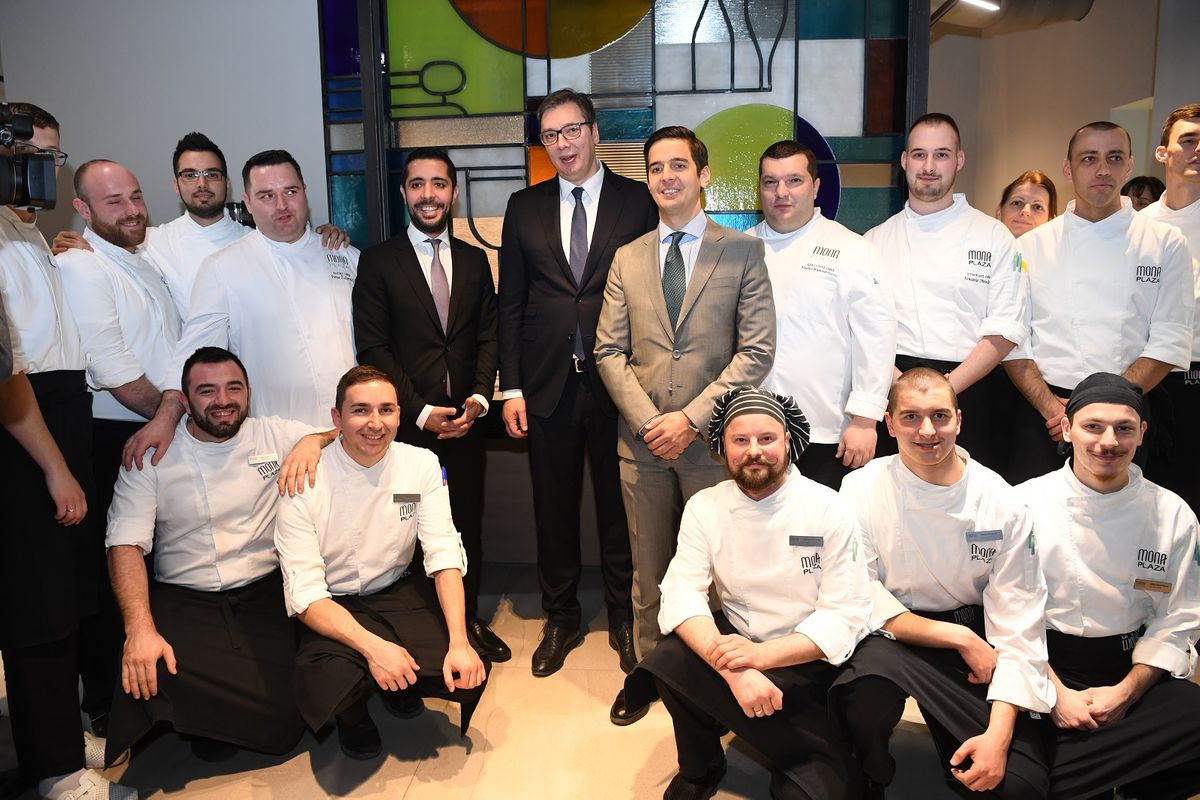 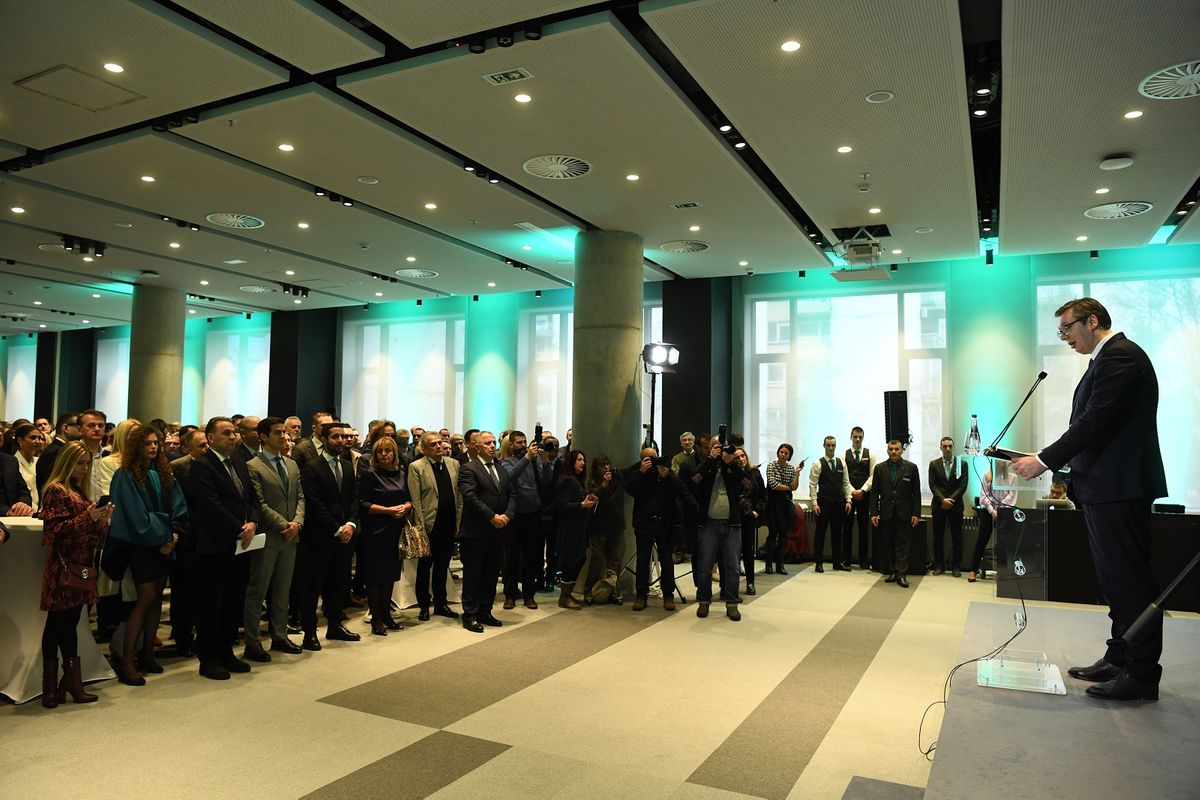 "We have to support companies like this. They did not take a single penny from the state, and I thank them for that. They have invested 15 million euros from their own funds and obtained another 15 million from the loan and have truly transformed this part of the city wonderfully. To succeed, we need a more active and more powerful private sector, and we will preserve the stability of public finances and everything else. We want you to employ even more people in Serbia as well as in the region. You are one of those who understood that there should be no boundaries in business," said President Vučić.
Belgrade,
27th February 2020
Share