President of the Republic of Serbia Aleksandar Vučić attended today the ceremony marking the beginning of the Fruška Gora corridor construction, a fast road that is part of the Novi Sad - Ruma - Šabac - Loznica road to connect Vojvodina with Western Serbia and the Republic of Srpska. 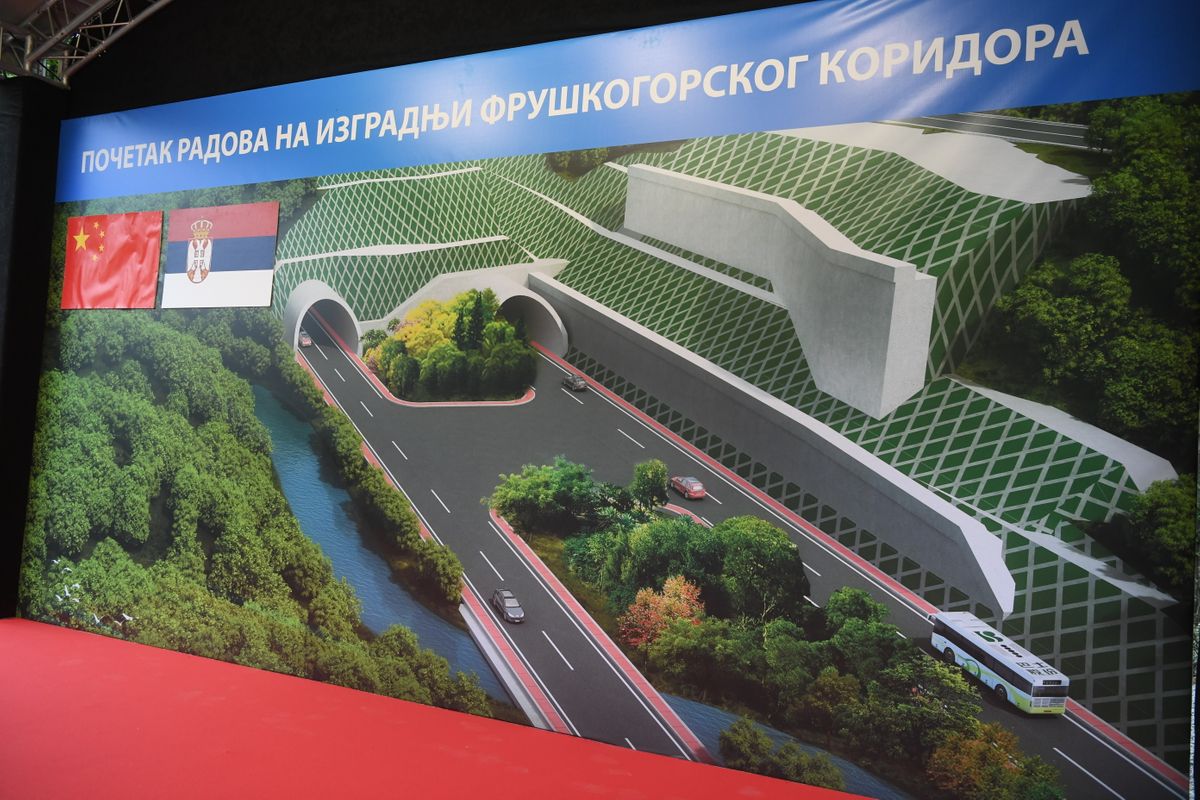 "This will facilitate truck transport, transport in general, and enable an easier, more beautiful, better and more comfortable life for people. It is an expensive project, but today Serbia can, must and wants to fund it because we want to leave better roads for generations to come. I am proud of the fact that we are building more today than ever! It is important that we do not stop, but that we rush forward with huge, new energy," said President Vučić and, quoting Miloš Crnjanski, added that "we are no longer enslaved to the past, we are heading fast into the future." He stated that a bridge of 1,765 metres towards Kovilj will be built, as well as the longest and most difficult tunnel, which will be 3,5 kilometres long. 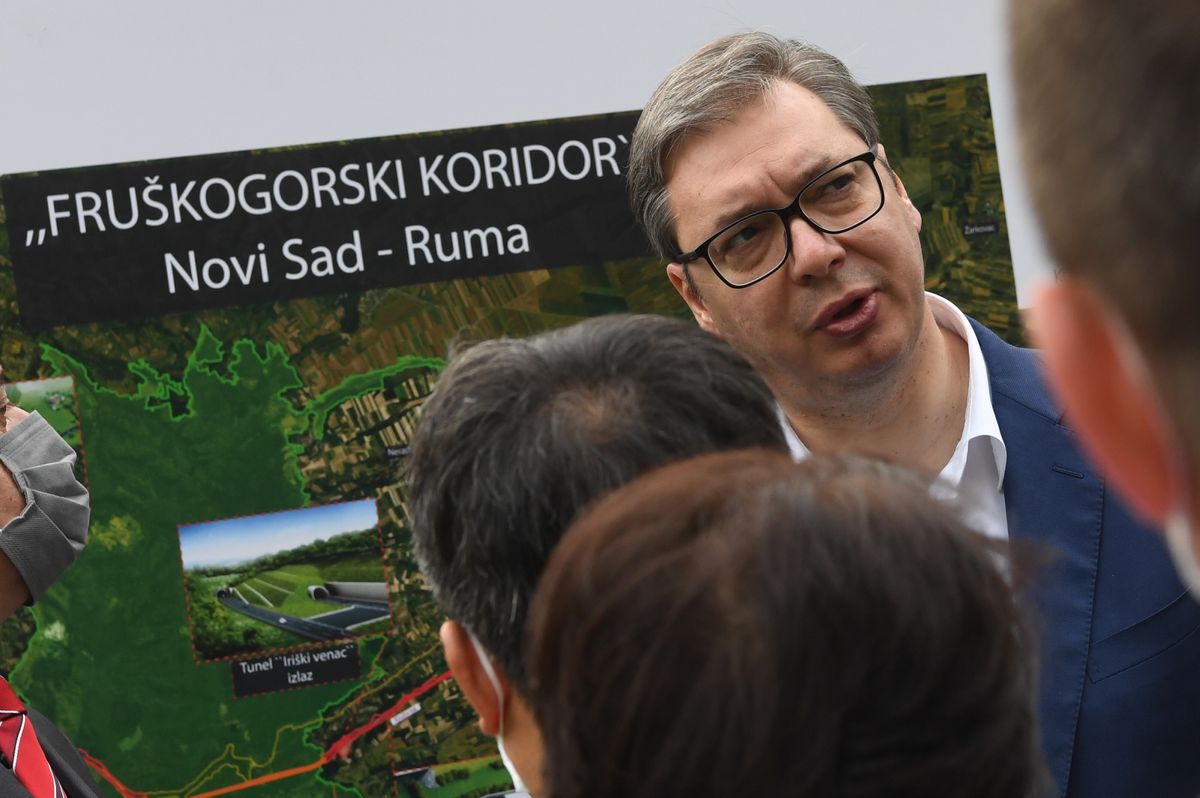 "The whole of southern Bačka will be connected with the heart of the Srem district, but also with Mačva, and it will be on the corridor that stretches from Romania to Croatia and the Republic of Srpska," explained President Vučić, adding that this is an important environmental project. He pointed out that he was proud of the fact that Serbia is building more today than ever.
"Corridors of Serbia alone are building about 400 kilometres of fast roads and highways. It will be another 200 kilometres when we sign (the contract for) Požega-Boljare," said President Vučić, emphasising that Serbia will achieve growth of more than one per cent in the first quarter of this year.
"It is an incredible result for us. Every percentage of growth is higher, it means the percentage of growth of salaries and pensions, it means that Serbia is richer and more successful. Construction jumped 20.5 per cent, and that is what must be the leading force. Industrial production is going. We have many more companies to open, and they will drastically increase production. Services are becoming better than we expected, especially tourism. It is important that we work and build even more," said President Vučić. 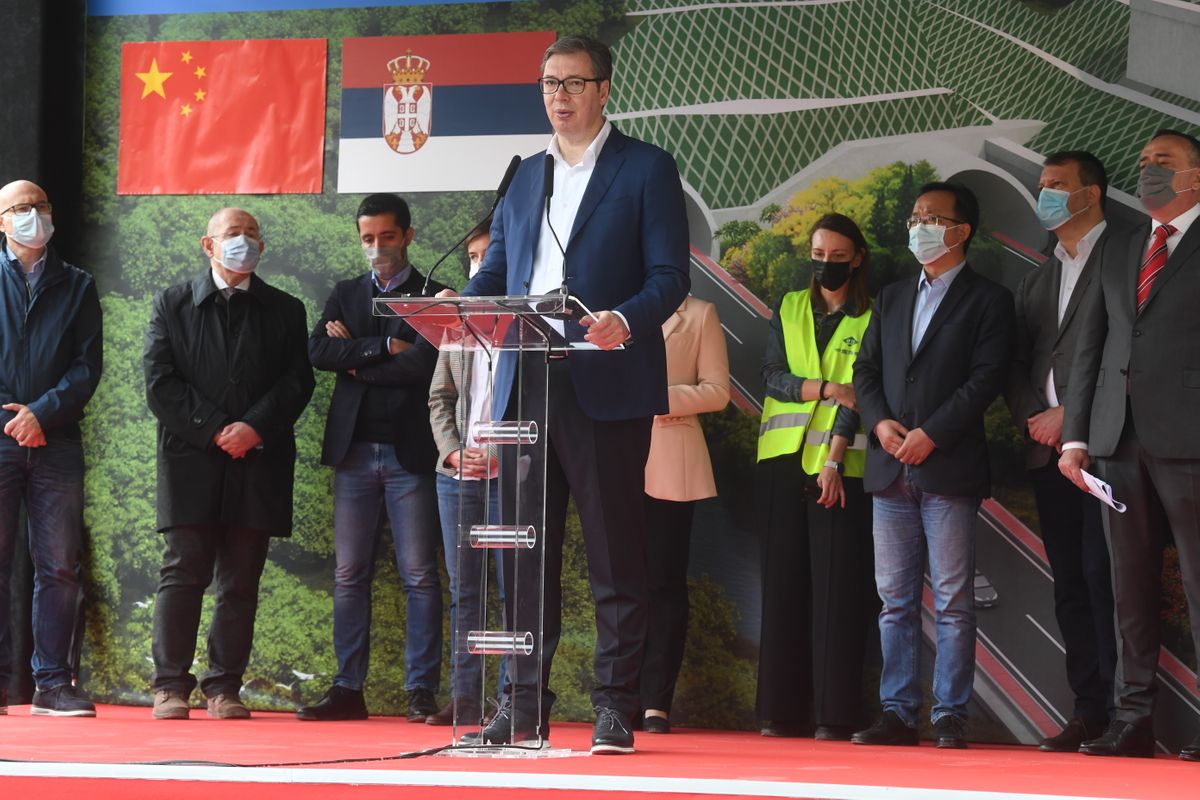 The Ambassador of the People's Republic of China to Serbia, Chen Bo, said that the Fruška Gora corridor is an important project for Vojvodina and the whole of Serbia and that it is a demanding project within which the longest tunnel in Serbia will be built. She pointed out that this fully shows the vitality of Sino-Serbian cooperation, regardless of the challenges it faces.
"We, the friends of steel, can endure everything with joint efforts," said Chinese Ambassador Chen Bo.
Fruška Gora,
1st May 2021
Share