By connecting the last pipe and unscrewing the valves, Presidents of Turkey and Russia - Recep Tayyip Erdoğan and Vladimir Putin - together with the President of the Republic of Serbia Alexander Vučić and Bulgarian Prime Minister Boyko Borisov, symbolically and officially inaugurated the TurkStream gas pipeline. 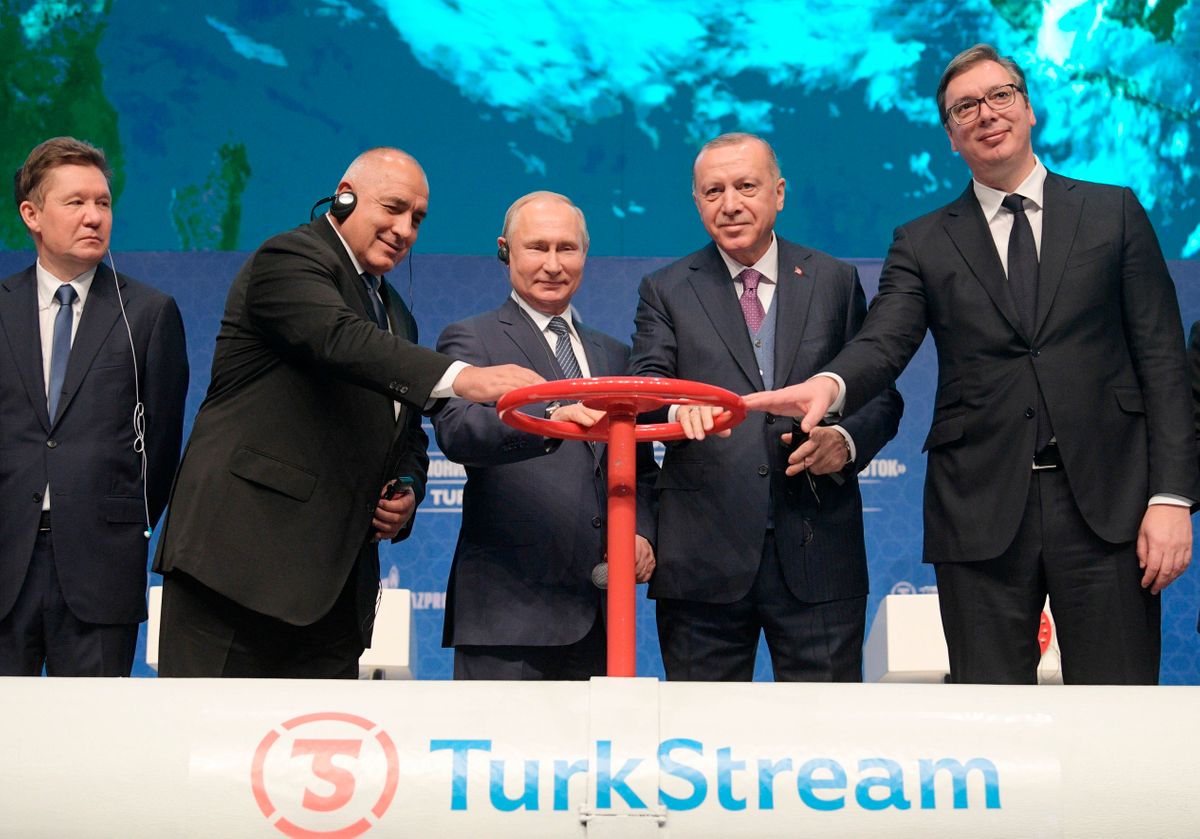 President Vučić said today in Istanbul that the TurkStream gas pipeline is of great importance for the future of Serbia, for attracting investments and for the country's further economic and industrial progress. "The commissioning of the TurkStream section is of great importance for energy security and the efficiency in supplying our population and our industry. That is why I am happy that today, in addition to the meeting with the Presidents of Turkey and the Russian Federation, Erdoğan and Putin, I had the opportunity to talk with Boyko Borisov as well. It depends a lot on when Bulgaria will complete its part," said President Vučić.
He pointed out that the pipeline will allow Serbia to get gas at fair prices, better than before.
"The construction of a 403-kilometre gas pipeline through our country followed by a secondary pipeline to deliver gas to Vladičin Han, Ljubovija, Bajina Bašta and other places is of great importance for attracting investment and for the progress of industrial production," said President Vučić. 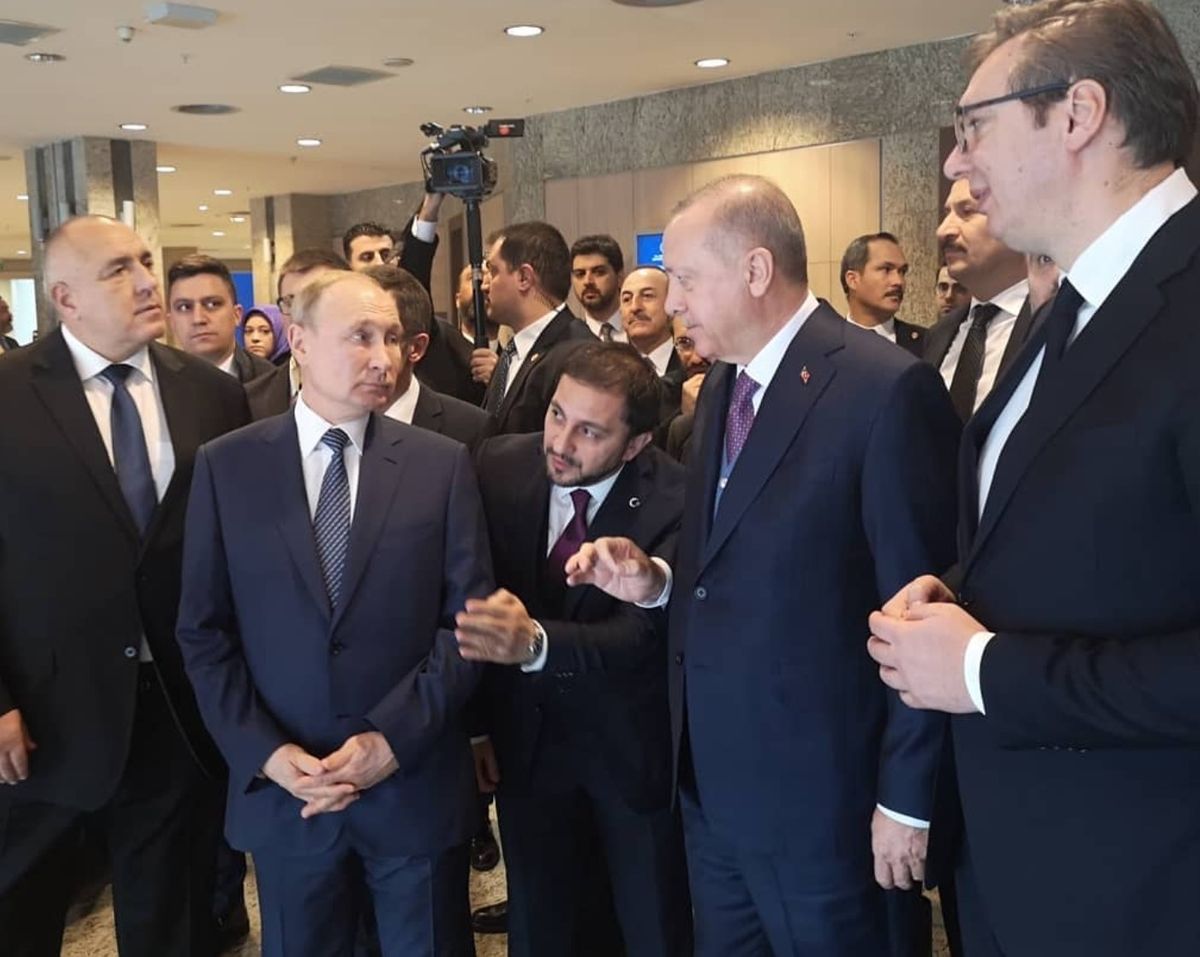 He stated that this is of great importance for safe and efficient supply, and emphasised that in the modern world the gas infrastructure is of utmost importance in addition to road, rail, and communication infrastructure. As he noted, this is precisely the reason why the big powers "fight" among themselves and the reason for great pressures.
The President added that according to some estimations, the Serbian and Bulgarian sections of the pipeline could be connected in May or in September at the latest.
"It is all the same. It is certainly of strategic, vital importance to us, for the further progress of Serbia in economic and industrial terms. Energy supply is one of the key issues for the safety and security of our citizens in the future. If we can provide the full amount of gas to flow through our pipes, which is about 13 billion cubic metres, that can transit through Serbia, that would mean that in 10 to 12 years we can yield all the money we have invested," said President Vučić. 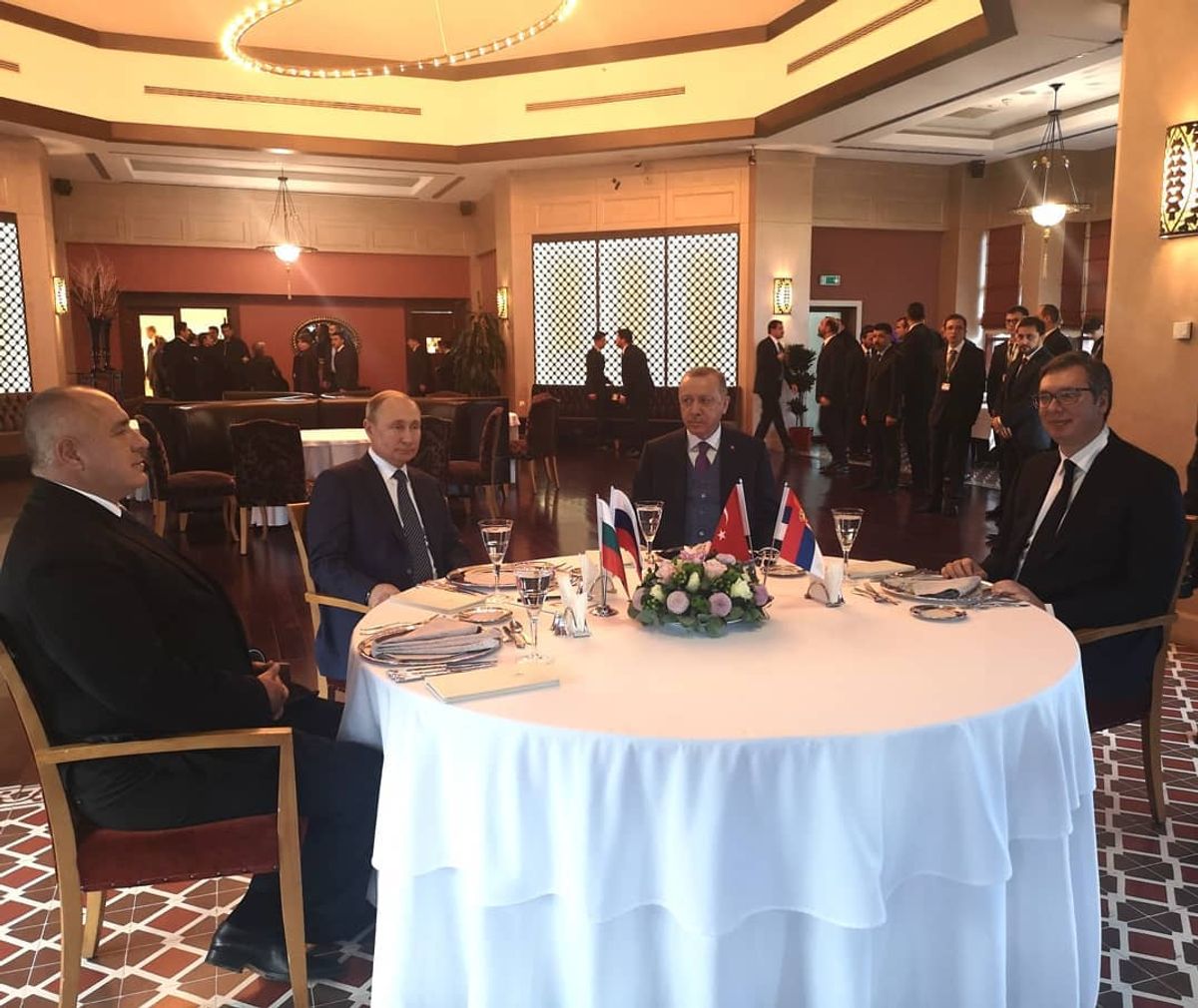 President Vučić added that with the leaders of Russia, Turkey and Bulgaria he will tackle not only bilateral relations but also the political support to Serbia at different levels, as well as deepening of interstate relations. He said that in the talks with Borisov, relations with the EU will be observed as well as if all the planned projects can be completed.
He announced that he will also discuss with Russian President Vladimir Putin and Turkish President Recep Tayyip Erdoğan in what way one global and one regional power view the issues in the Middle East, as it is an important matter for Serbia since any escalation will increase the prices of oil and gas.
Share