President Vučić attended today the ceremony of promoting the youngest officers of the Serbian Army in the "General Jovan Mišković" military barracks in Banjica and said that in a world of insecurity and challenges, Serbia must have a strong army that will protect it with pride and audacity. 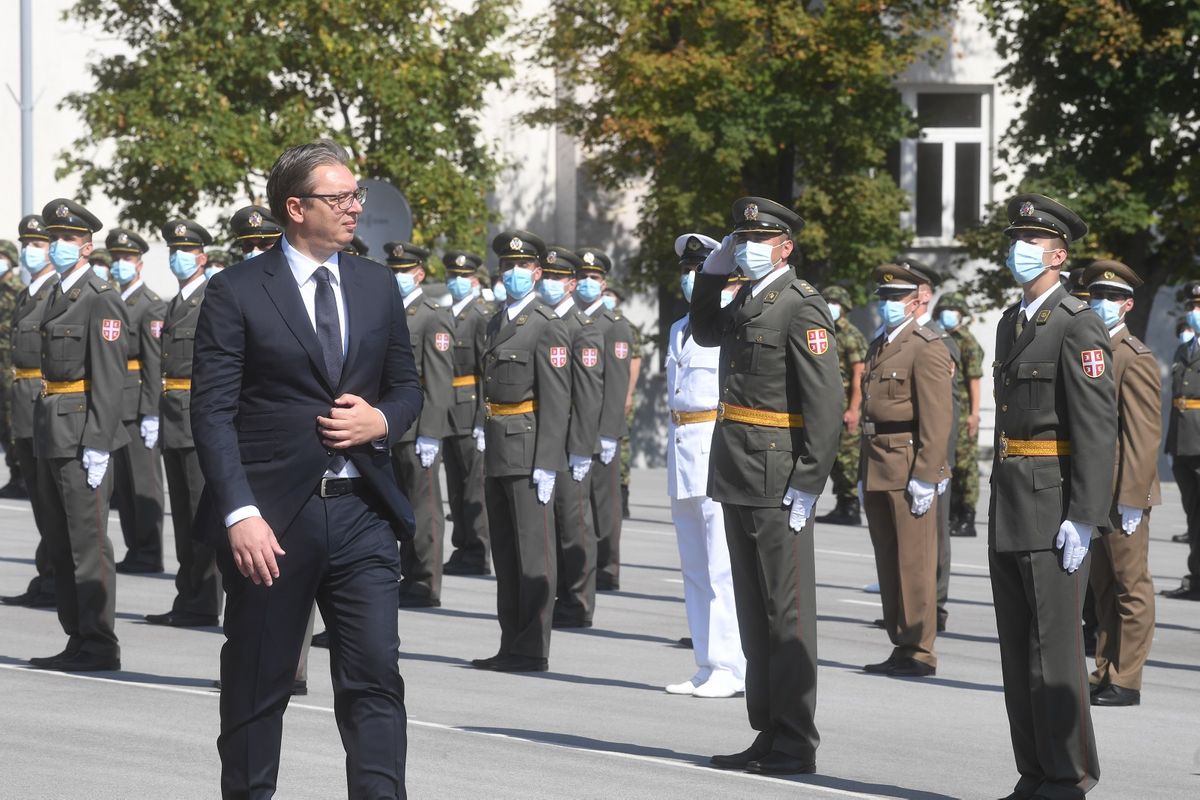 During the promotion of the cadets of the Military Academy and the Military Medical Academy final years to the first officer rank, President Vučić said he was proud of the military education system that achieves the best results. He pointed out that the state and all its citizens are proud of their Army, in which they have great trust. 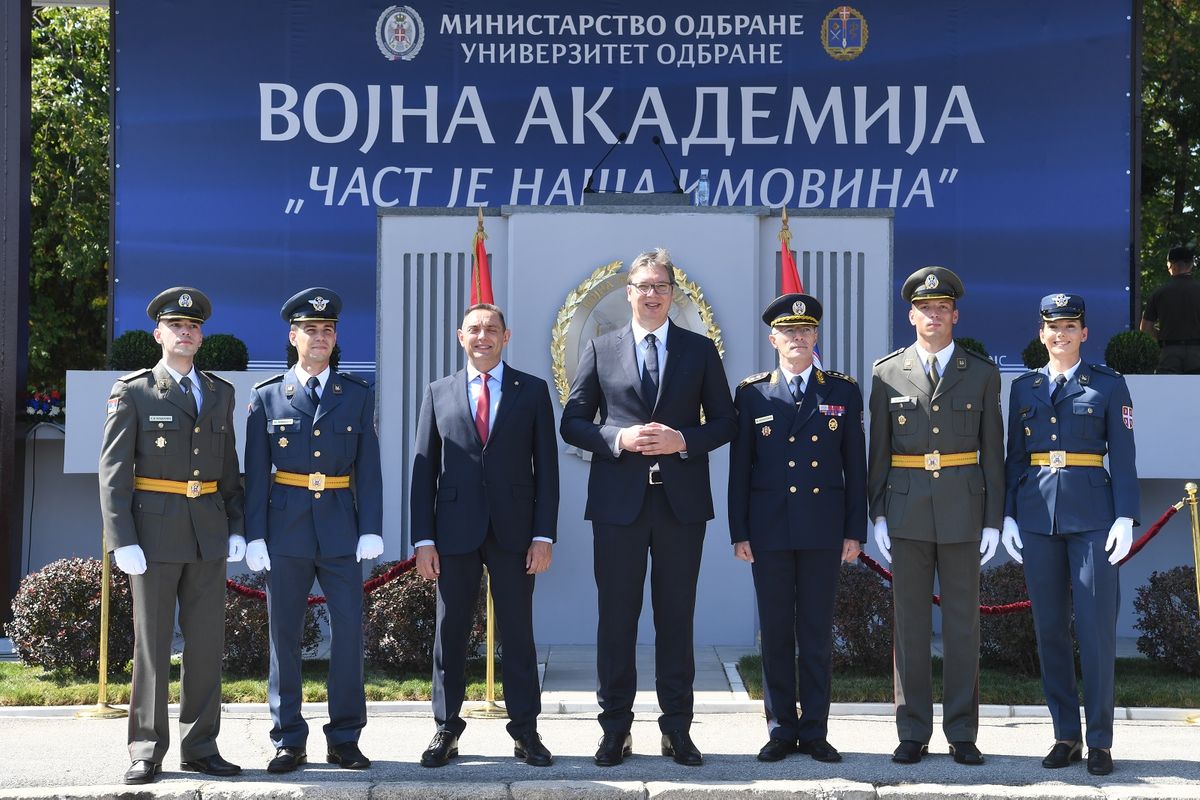 "This year, the University of Defence made us pleased with excellent classes of cadets who will proceed on to the units of the Serbian Army from this ceremony. The Military Academy has been doing that for 170 years, and I will avail myself of this opportunity to congratulate this important jubilee", said President Vučić and added that the long existence and importance of the work it performs, classifies the Military Academy among those institutions of our country that can be proudly called national.
"Dear cadets, in today's world of insecurity and challenges, Serbia must have a strong army to protect the Republic of Serbia with pride, courage and valour. Please, never give up deterring every potential aggressor with your strength and determination, knowledge and faith in your homeland," said President Vučić and emphasised that the Serbian Army will protect the military neutrality of our country. 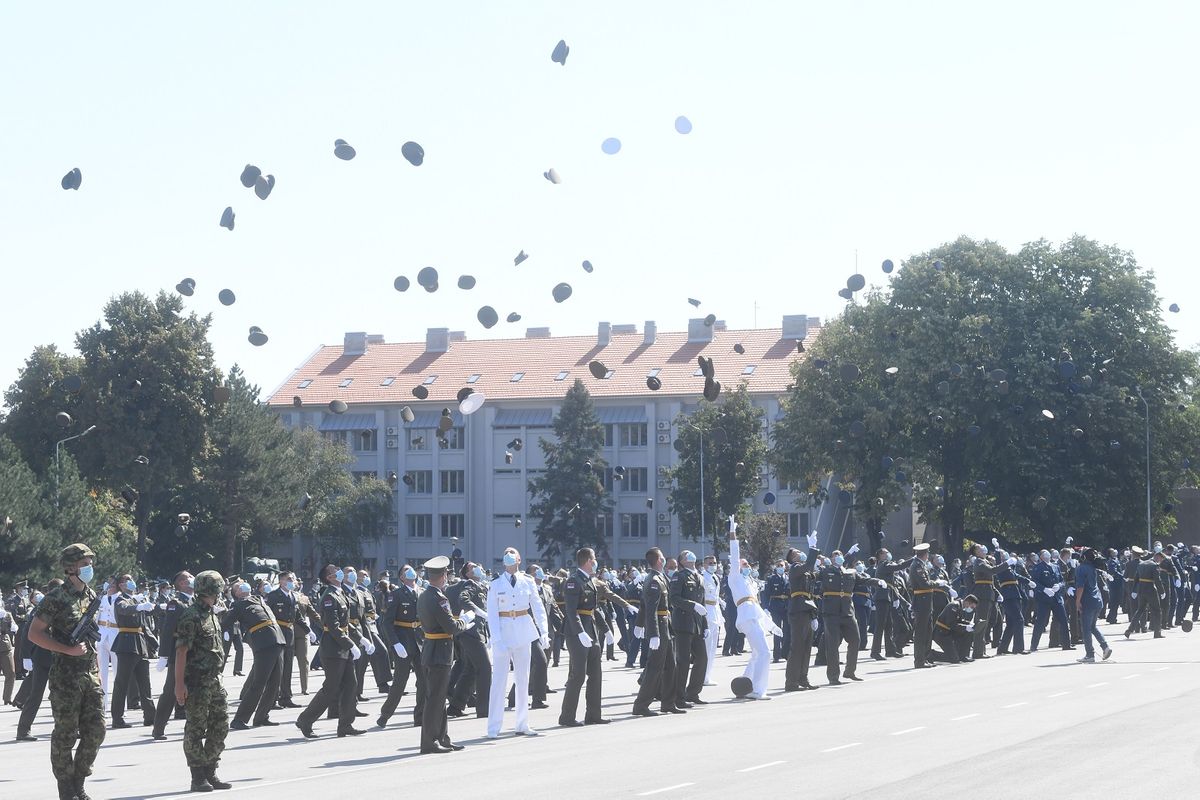 "It is not your and our job to work for anyone other than our country. You must know that for all of us and for all of you, there is only one and only homeland, Serbia. I congratulate you on your great success and admission into our units. Long live Serbia!", said President Vučić.
Belgrade, 12th September 2020
Share