President of the Republic of Serbia Aleksandar Vučić attended today the marking of the 75th anniversary of the "Halyard Operation" in Pranjani. The Halyard Mission was the largest rescue operation of downed American and allied airmen in history. 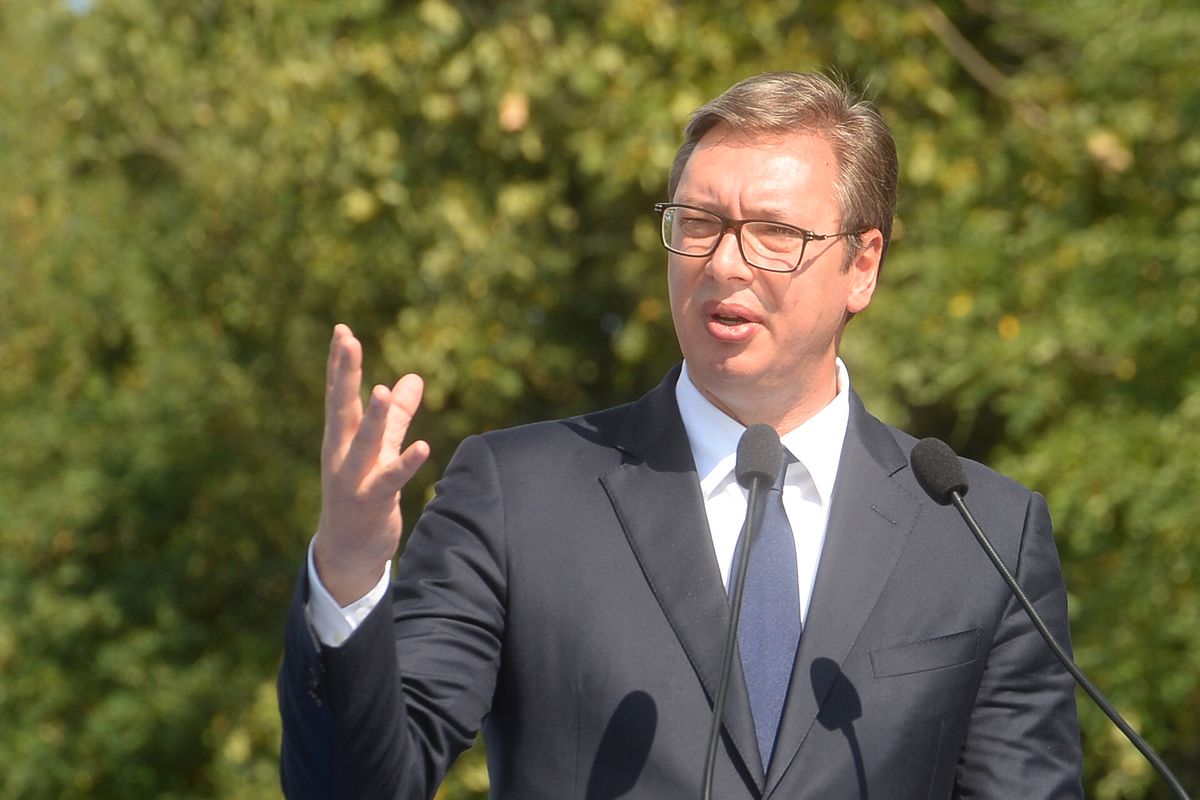 In his address at the marking of the 75th anniversary of the "Halyard Operation", President Vučić emphasised that Serbs provided tremendous aid to the allied pilots in the Halyard mission, that they organised uprisings during the Second World War, and that Serbia paid the price in the fight against fascism.
President Vučić said he was proud of the fact that Serbs have been anti-fascist oriented ever since the beginning of the conflict with the Nazi forces, which reflects not merely in philosophical discourses, but through a fervent resistance of the partisan units but also through examples like the Halyard mission when the Army in the Fatherland in 1944 fiercely opposed the fascist enemy and thus helped the allied fighters. 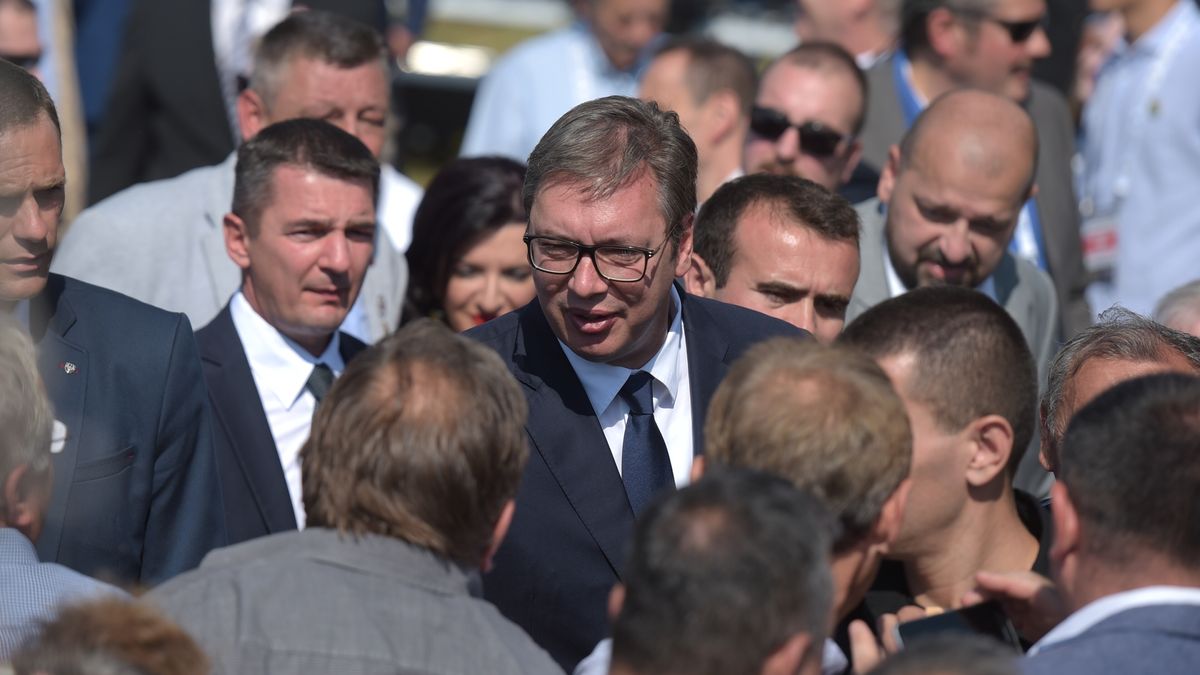 "That is why we will never accept the revisionism of history, we will never allow the alterations of the past where the profoundly suffering and martyred Serbian people would be declared as fascist servants and as someone who acted as an aggressor in these lands", conveyed President Vučić and added that we will bear the Serbian name with pride.
The President of Serbia expressed his gratitude to the American friends for preserving the "Halyard Operation" from oblivion, the mission that should be remembered as the place of heroism and importance in the friendship between the Serbian and American people. 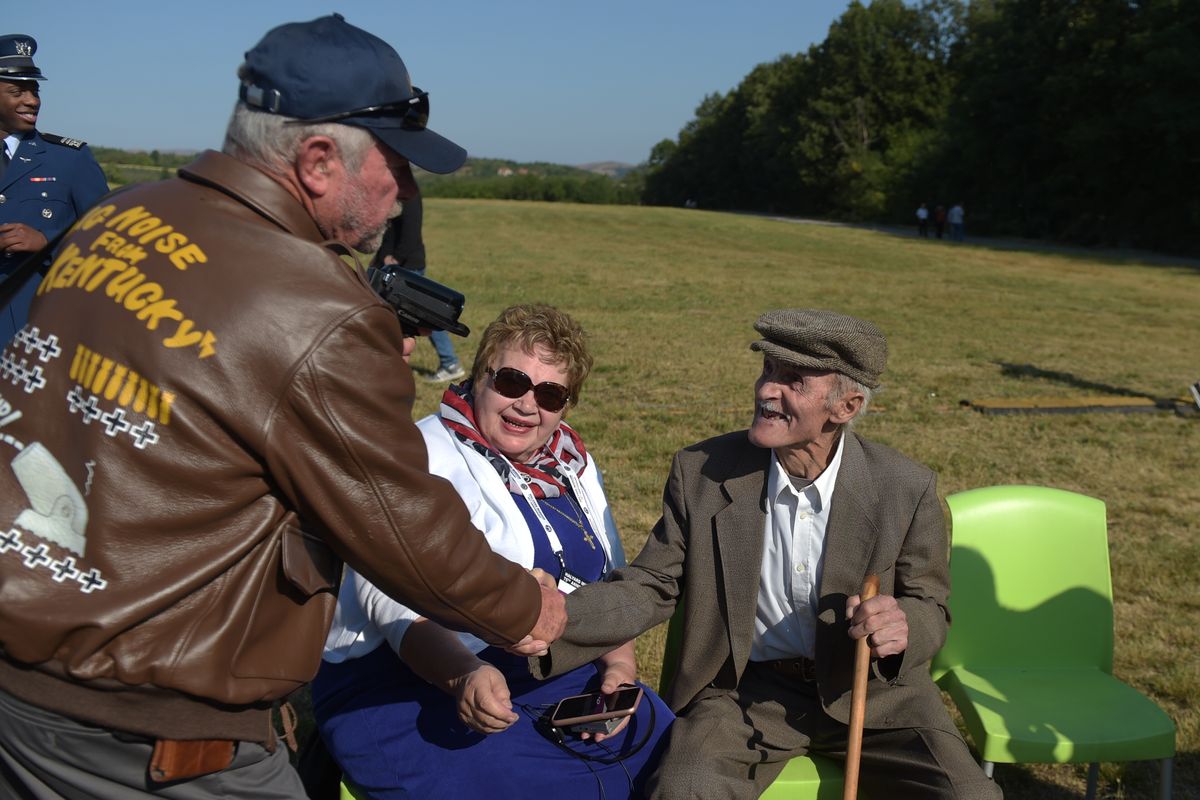 „We want this place to be remembered as the place of courage, audacity and Serbian-American friendship. May the war alliance from both World Wars be the pledge for our future lasting friendship", said President Vučić.
The US Ambassador to Serbia Kyle Scott said that the USA will never forget the bravery of the Serbian people and added that the Halyard mission represents an example of how ordinary people may rise to heroic heights and how many things are possible when we commit to the goals higher than ourselves. 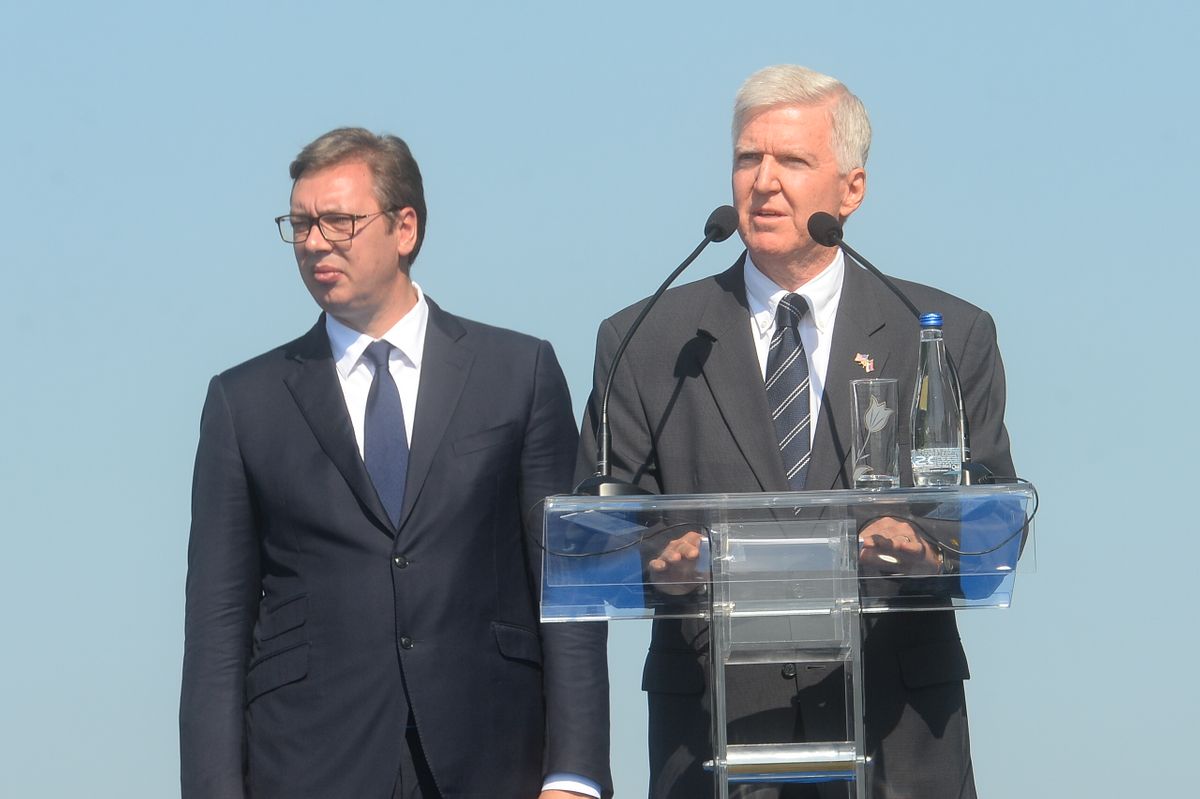 "Americans and Serbs stood side by side while writing the history pages 75 years ago, and some of the descendants of the rescued pilots are here with us today. We are proud on this day of their valiance. I came here today as I kept coming each year ever since I live in Serbia, to express the gratitude and to convey that the USA will never forget the courage of the Serbian people nor the courage of the Serbs from Pranjani", said Ambassador Scott in Serbian language in his address to the audience gathered on the occasion of marking of the 75th anniversary of the "Halyard Operation" when over 500 of allied airmen were rescued during the Second World War.
Ambassador Scott also addressed the descendants of the allied pilots in English and said:
"Welcome to this field of heroes. This is the place where your ancestors went down in history as part of the largest air rescue operation ever organized. The people around you are descendants of brave Serbs who sheltered our airmen, sharing their meagre food with strangers they could not even communicate with. The Serbian people demonstrated their friendship and bravery on that occasion as they have done on so many other occasions in this nation's history. We stood together as allies in World War One, we stood together again as allies in World War Two. And today, we stand as friends and partners in facing our shared challenges in the 21st century", said Ambassador Scott. 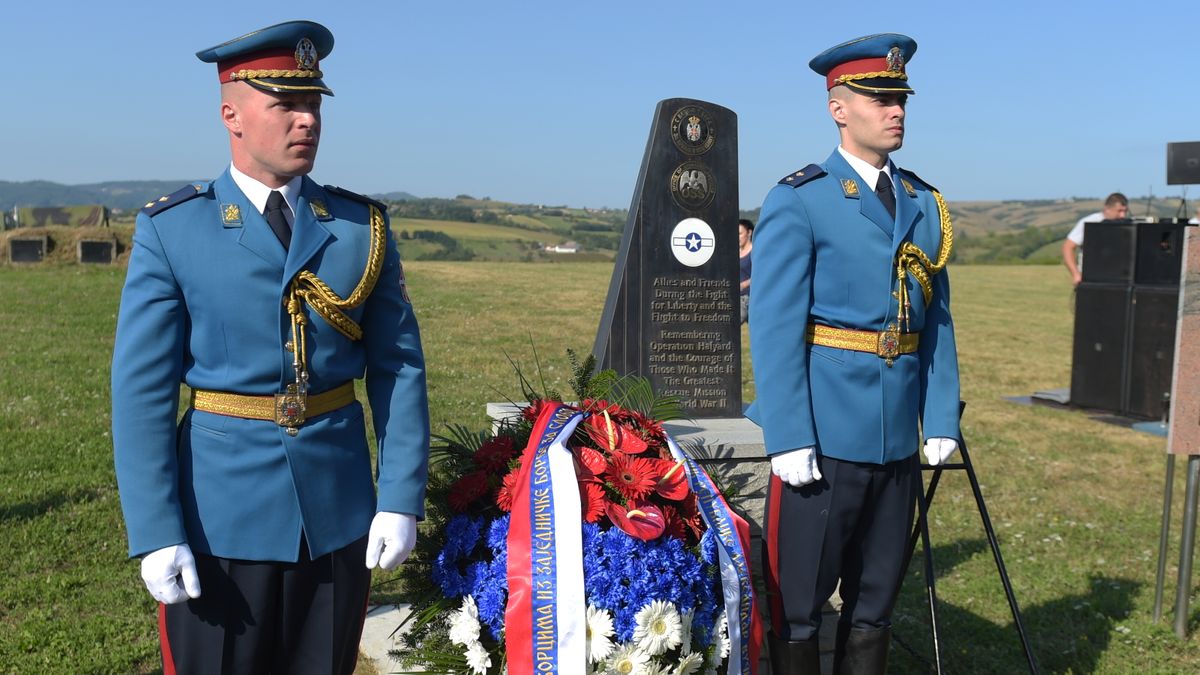