President of the Republic of Serbia Aleksandar Vučić attended the opening of the Batajnica loop that enables the inhabitants of that settlement to get a direct exit to the E-75 highway and a connection with the old Novi Sad road. The President said that today is a great day for Batajnica and that this loop will not only reduce traffic jams but also attract new investors. 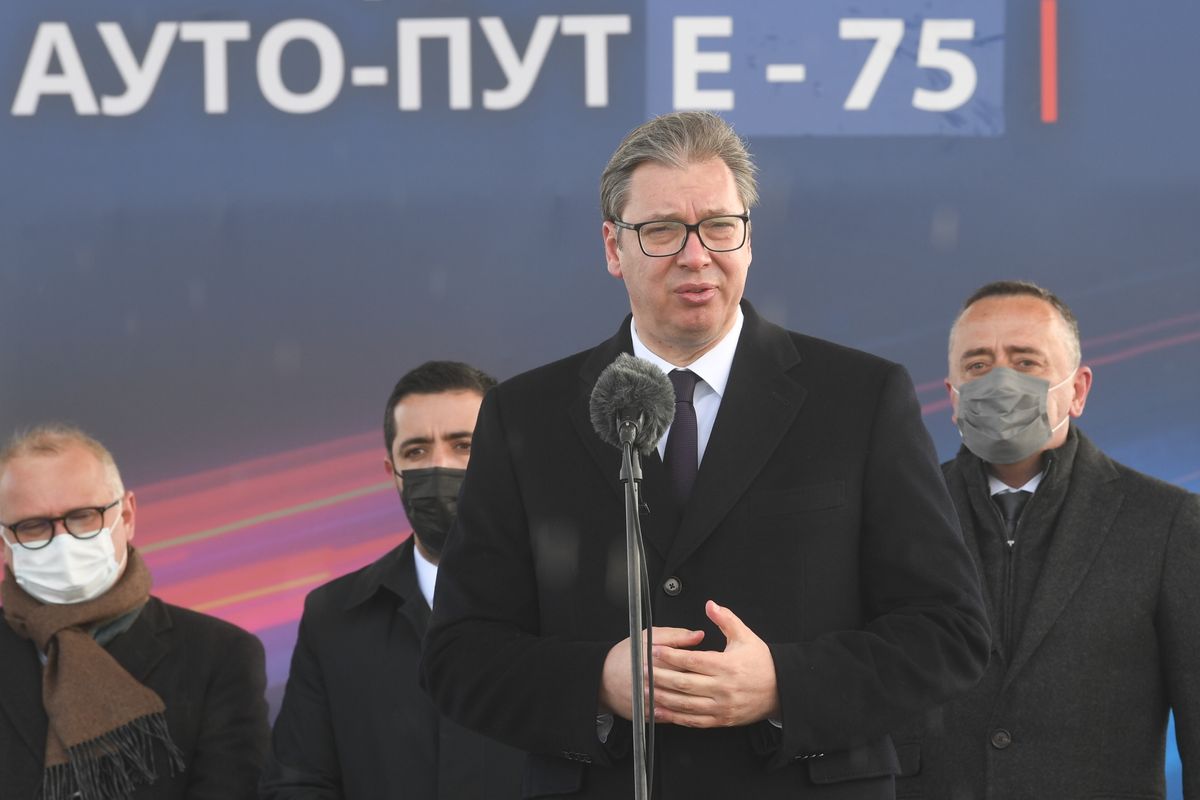 "This is great news, highways are being built not only for the citizens in the centre of Belgrade to be well connected, but also for the people in Batajnica, Pazova, Zemun Polje, Ugrinovci," said President Vučić and pointed out that this is not just about one loop, but about people's lives and their better standard of living.
"This loop will speed up the movement and make it easier for citizens to travel, wherever they go, whether they go to Šid, Novi Sad, Belgrade...", stated President Vučić and emphasised that within the loop there will be a bridge 221 metres long and that he is proud that it will remain for future generations. 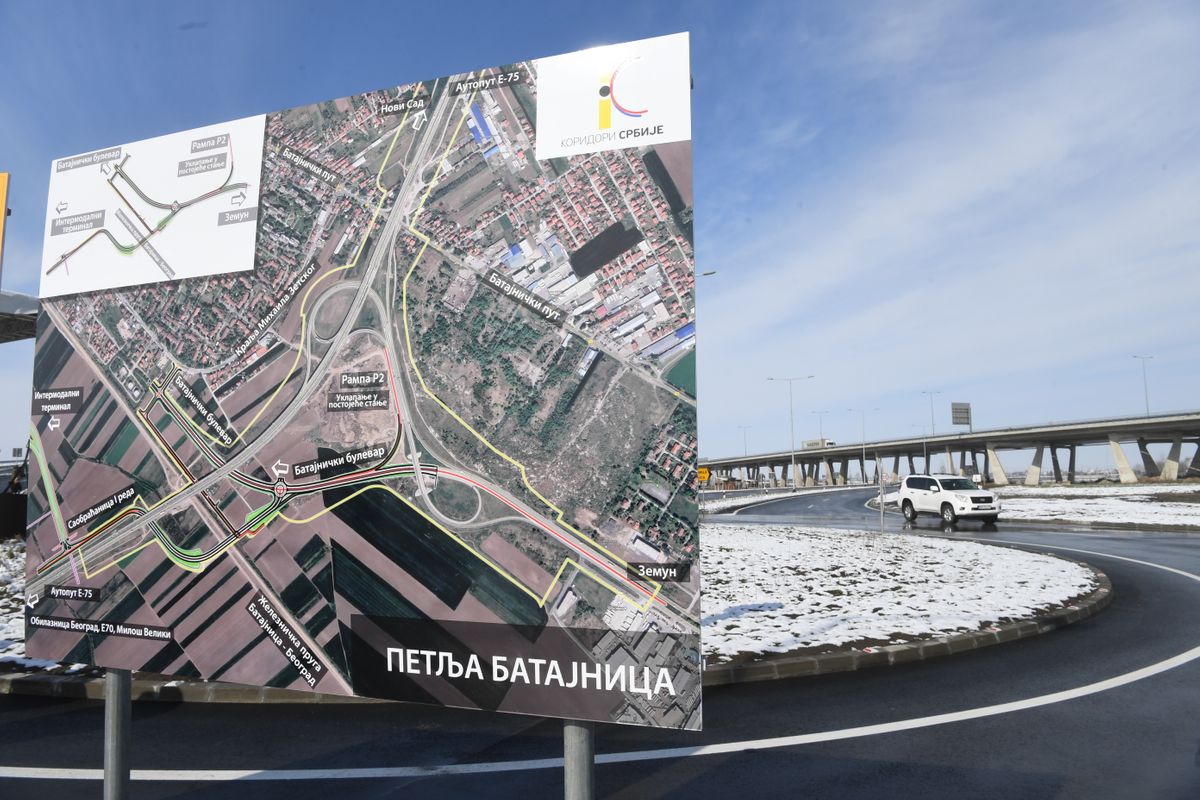 He emphasised that the project was contracted for 9.6 million euros, and completed for 8.8 million euros and that this is the first time that an infrastructure project was completed for less money, before the deadline, but with all permits.
The President also thanked the European Bank for Reconstruction and Development for the favourable financial arrangement for the realisation of that project and said that Serbia would strengthen cooperation with that European bank in the coming period.
"We will continue to build road communications. Yesterday, we agreed to start the reconstruction of the road from Donji Milanovac to Kladovo in about 60 days for the east of Serbia, in addition to building a fast road from the turn on the highway to Požarevac to Veliko Gradište and Donji Milanovac. We want to bring more tourists to Kladovo, Donji Milanovac and Negotin," said President Vučić. He added that it is important to invest in the so-called Danube road, not only because of more tourists from abroad and the country but also because of the arrival of new investors. 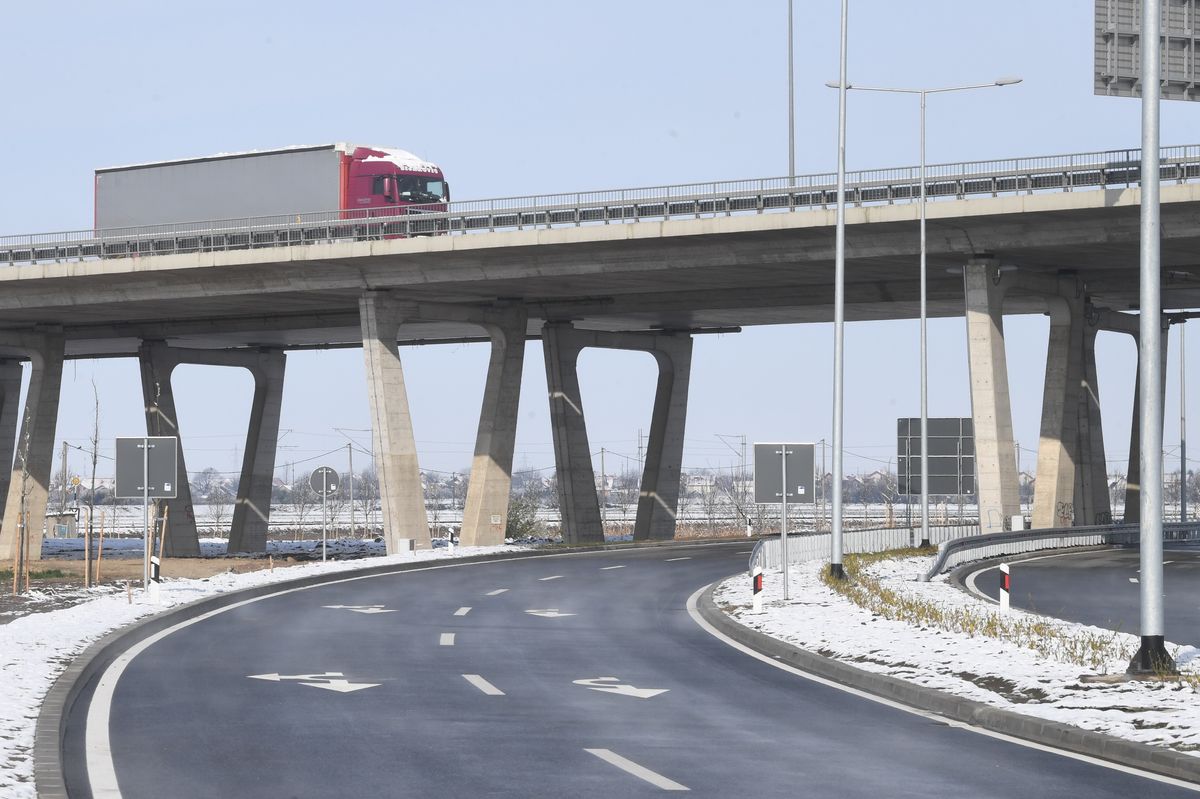 The Batajnica loop, with a total length of about 3.5 kilometres, will connect Batajnica Boulevard and the logistics centre for intermodal transport, with the E-75 highway.
Share

Delegation of the Kingdom of Bahrain visits Serbia