President Vučić attends the opening of the exhibition "Serbia 2019 - the Year of Infrastructure: Nothing is Faraway Anymore"

The President of the Republic of Serbia Aleksandar Vučić attended today the opening of the multimedia exhibition "Serbia 2019 - the Year of Infrastructure: Nothing is Faraway Anymore" at the Palace of Serbia, where the achieved results and new projects in the field of infrastructure, construction and transport were presented. 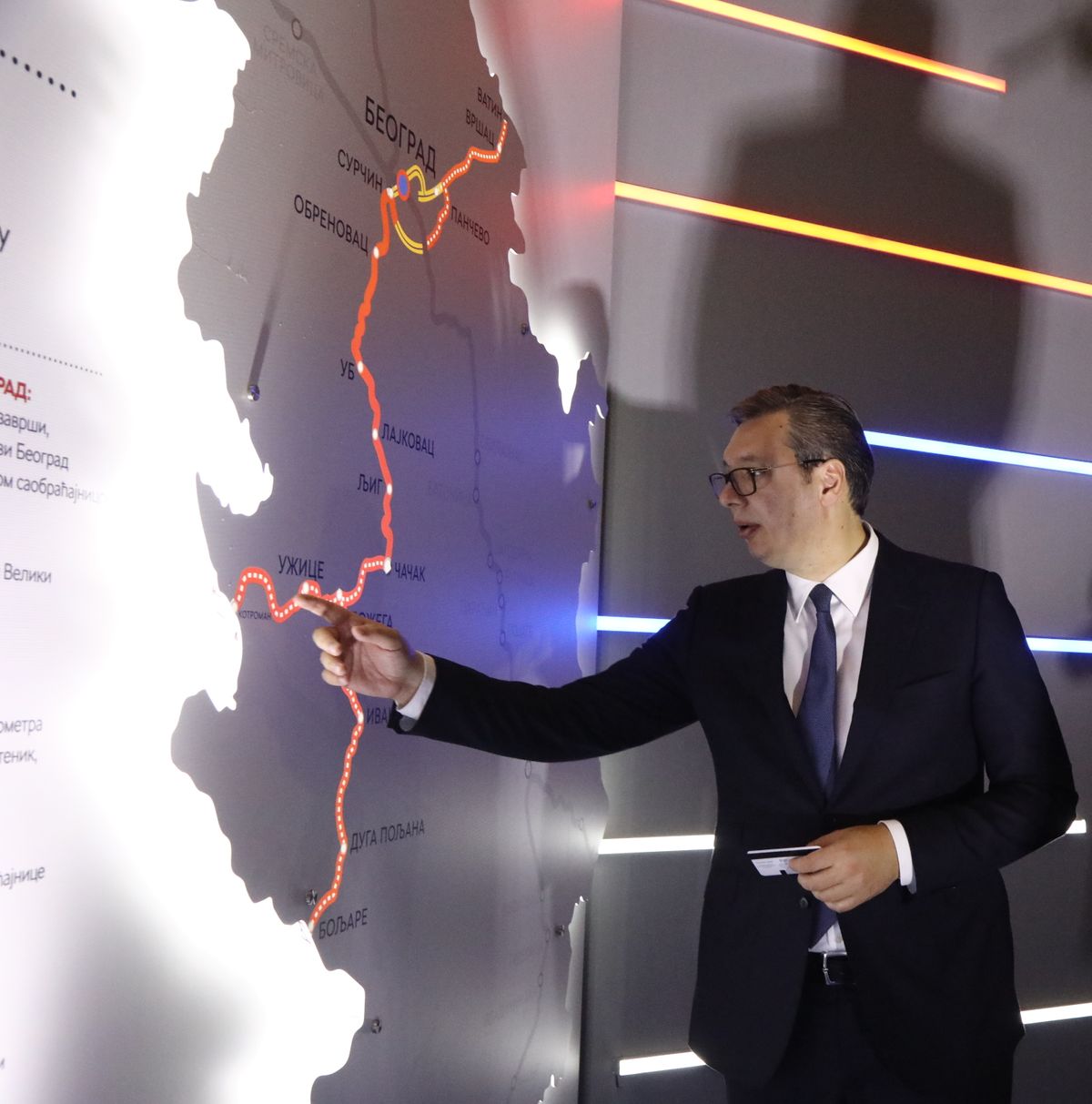 Visiting the exhibition, together with Minister of Construction Zorana Mihajlović, President Vučić said that the bridge over the Sava and Kolubara near Obrenovac was the most useful in his opinion. He also got acquainted with the complete project Belgrade Waterfront and viewed the multimedia presentation with a virtual tour through the settlement and facilities. 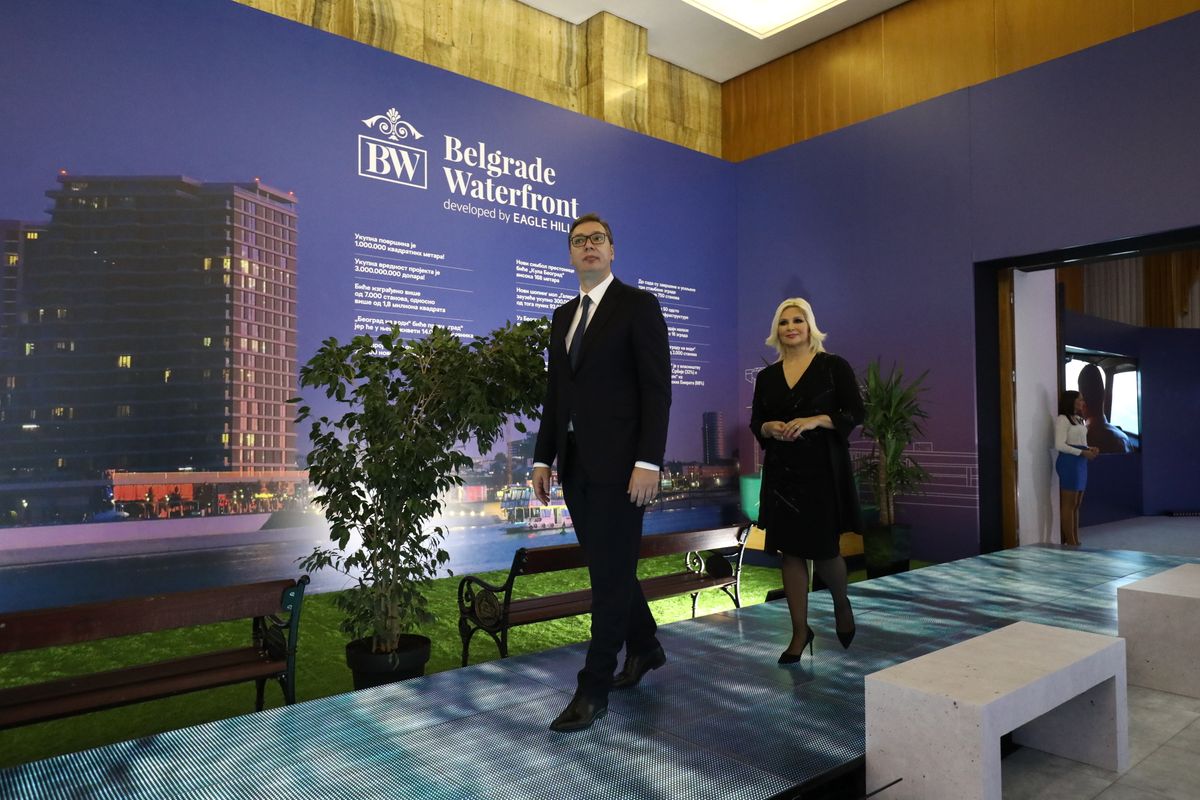 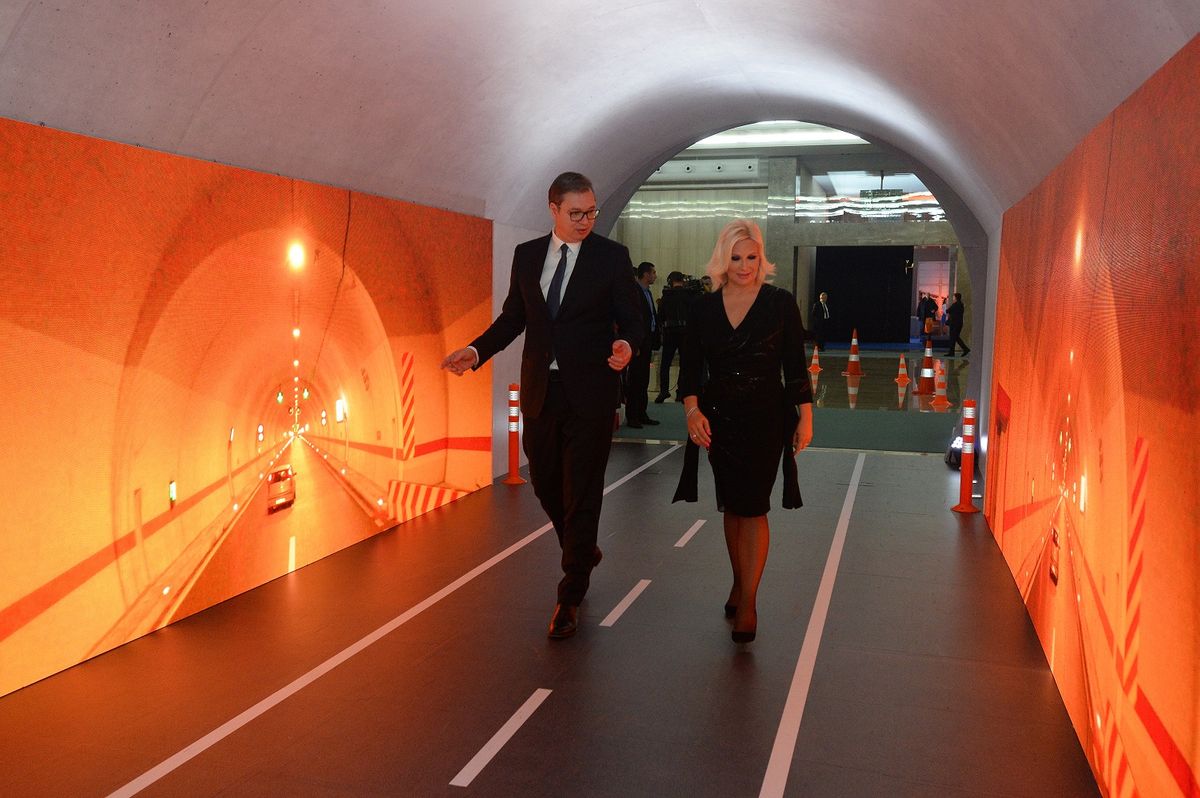 President Vučić also toured the model of the Manajle tunnel and the state-of-the-art Stadler train, as well as a wagon-restaurant with seats, providing the experience as to how it looks like when our trains run 100 kilometres per hour.
"People may not remember it now, but in each road - wherever we stuck the spades - we run into problems. Someone had to solve those problems. We struggled, and it took energy and courage," he said. President Vučić congratulated the tireless workers who work in difficult conditions. He emphasised that from Niš to the border with North Macedonia and Bulgaria there is not a single metre without highways and that traffic safety is significantly increased, which also means a lot for citizens and for attracting new investors. 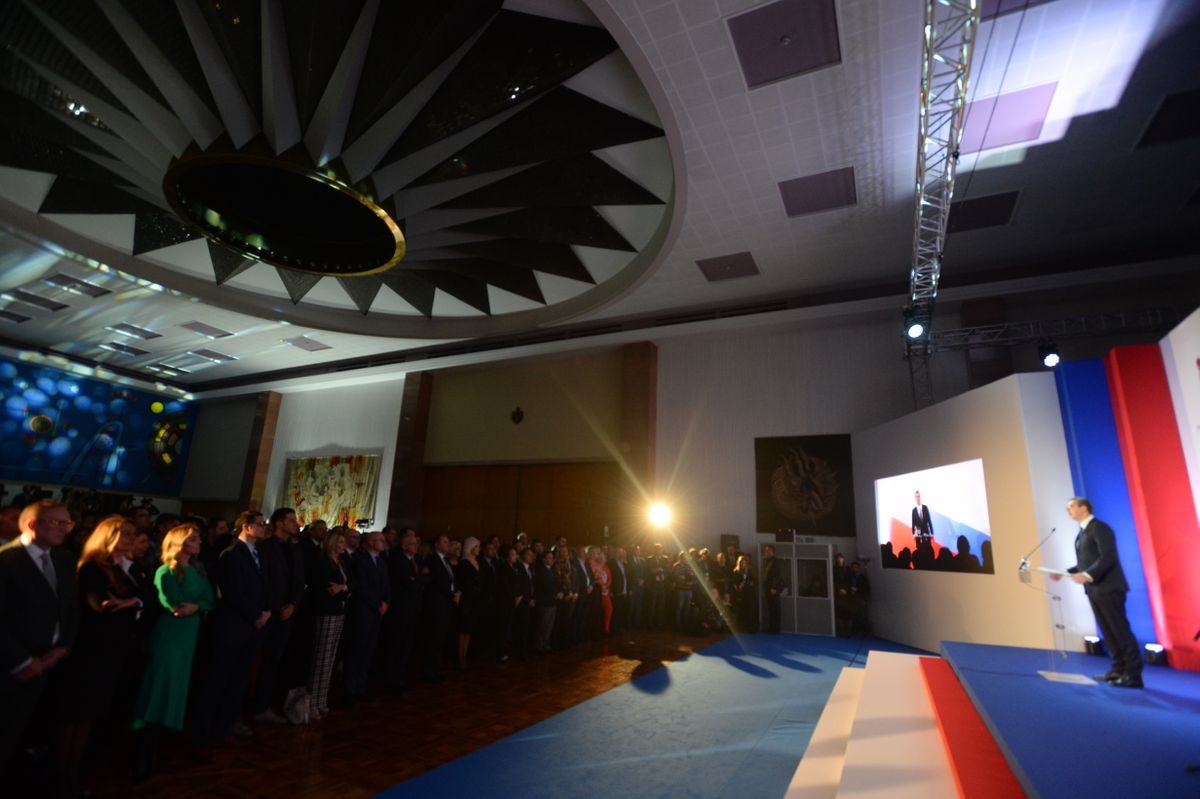 "We have built in five years more than it has been built in the last 50 years. It is a pride for all of us, for each of us who have put a lot of effort and work into it. Roads and railways are not built on their own, someone has to do it and someone has to provide the funds. Congratulations to all the people who participated in this. All this means a lot more investors, a lot more work, means that our children will be able to plan their future. We have dreamed of this for decades," President Vučić said at the opening of the exhibition, adding that - as the motto of the exhibition says - nothing is faraway anymore.
Belgrade, 16th December 2019
Share