President of the Republic of Serbia Aleksandar Vučić attended today at the "Colonel Milenko Pavlović" Airport in Batajnica the presentation of new Mi-35, H-145M and Mi-17 helicopters, that equip the Serbian Armed Forces. 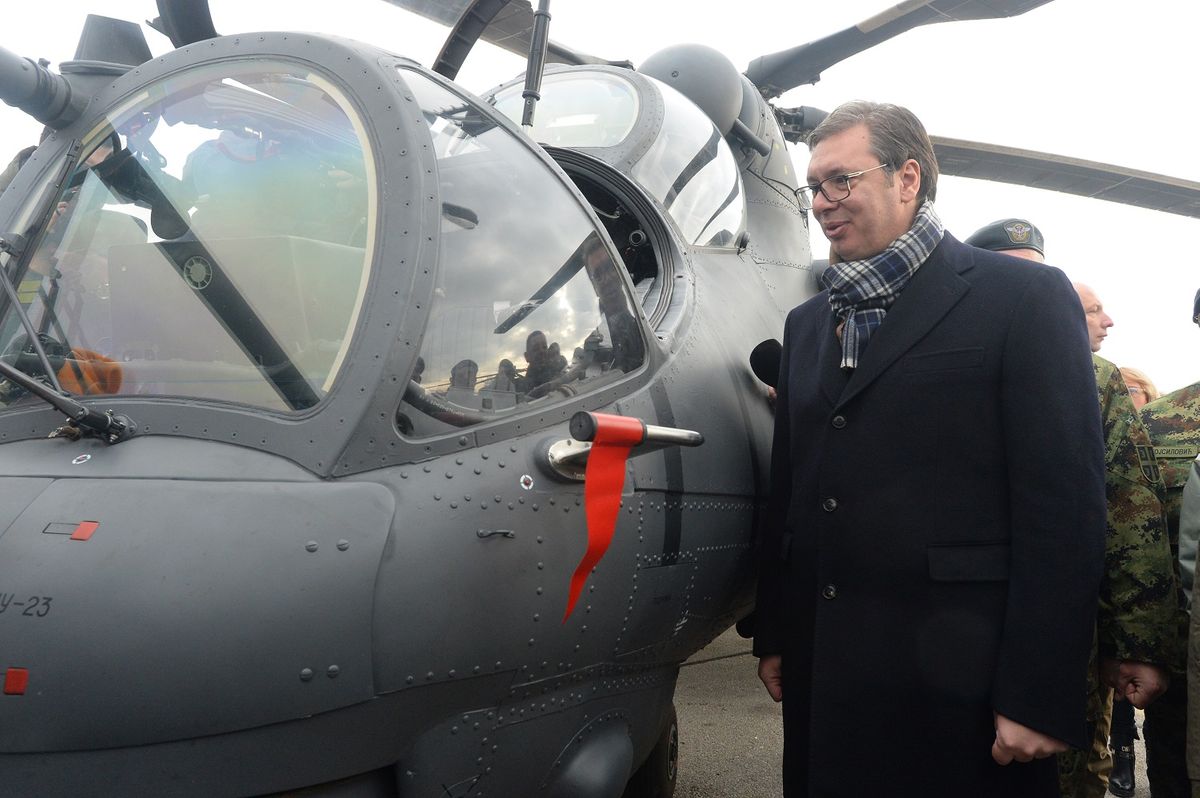 The new helicopters for the Serbian Armed Forces represent a great difference from what the Serbian Armed Forces have had so far. This is primarily reflected in the equipment and the transition from analogue to digital, and it will be possible to use them in daytime and night combat situations, as well as in complex meteorological conditions.
President Vučić was briefed on the characteristics of four new Mi-35 helicopters by the Serbian Army Chief of Staff Gen. Milan Mojsilović and representatives of the Ministry of Defence and the Army. 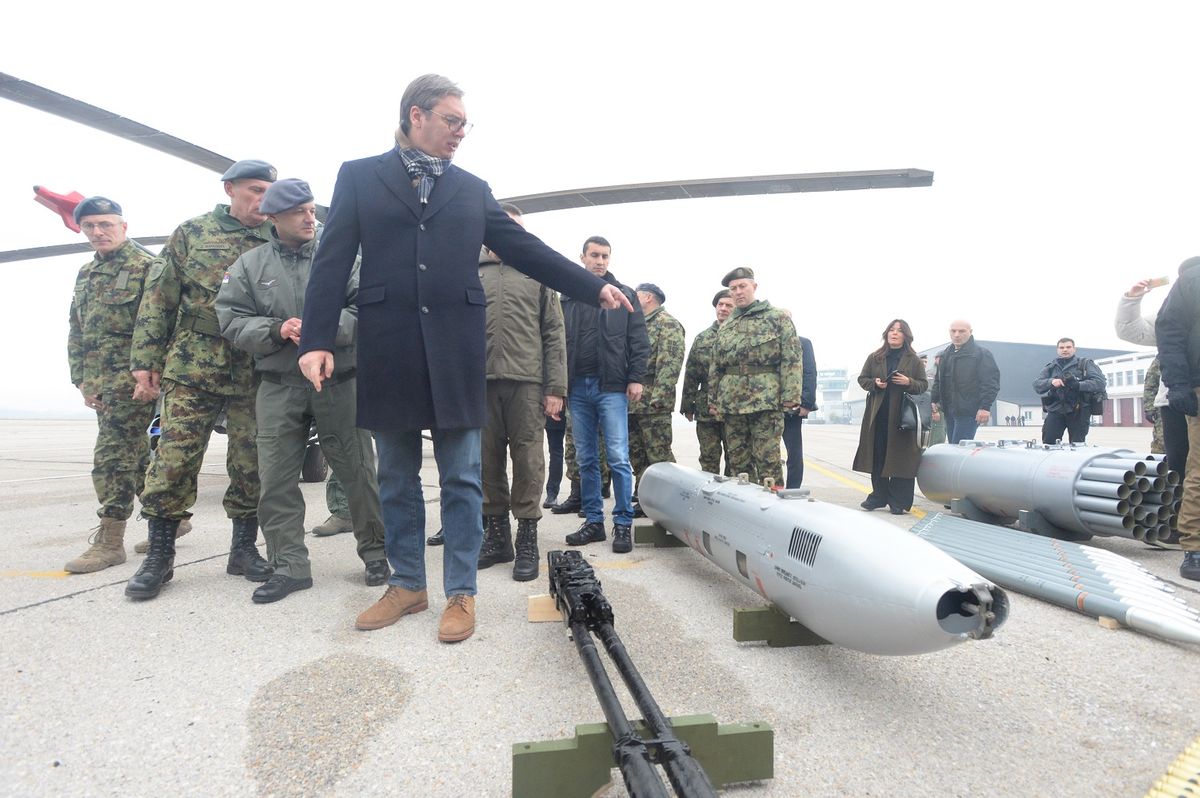 “I congratulate the army and the citizens of Serbia. Serbia has never had this. Today you could see a presentation of the European, Russian helicopters we bought. I am grateful to our Russian friends for continuing to help us assemble these helicopters today," said President Vučić, explaining that the helicopters are multifunctional and that they can be used in various operations. He emphasised that by providing these helicopters, our military will have sufficient strength to deter aggression against our country. 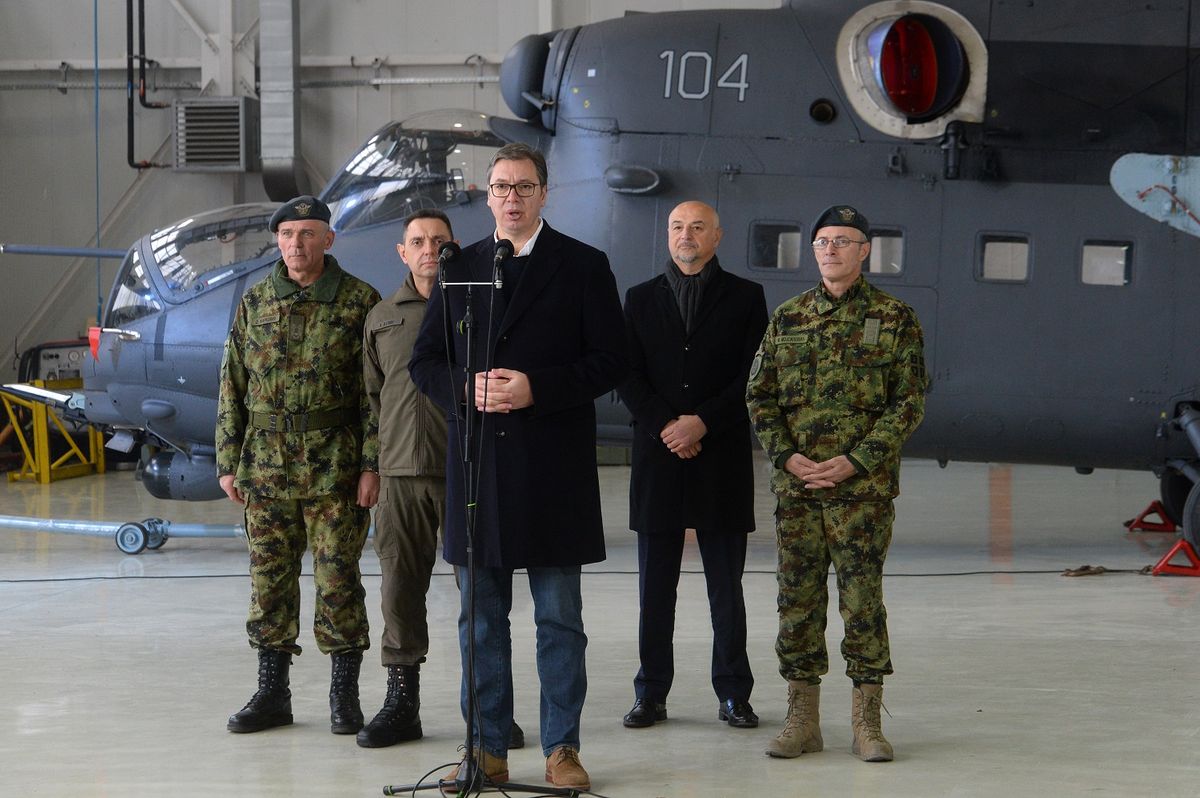 President Vučić stated that our soldiers do not live only for the salaries, which are on the rise year on year, but that they live for their Serbia, for their country.
"We have never had a modern helicopter fleet before. We have resolved the issue of public finances when it was difficult, we have implemented profound reforms and managed to ensure that our military has better strength. These are the guardians of our country and our sky and we are happy and proud to have them in our country," concluded President Vučić.
Belgrade,
7th December 2019
Share