President of the Republic of Serbia Aleksandar Vučić said earlier today that the highway from Ruma to Šabac along with the new and modern bridge over the Sava River will be completed in three years. After the signing of the contract with the Azerbaijan company "Azvirt", President Vučić said that the expressway on the Šabac-Loznica section will be completed before the end of 2023. 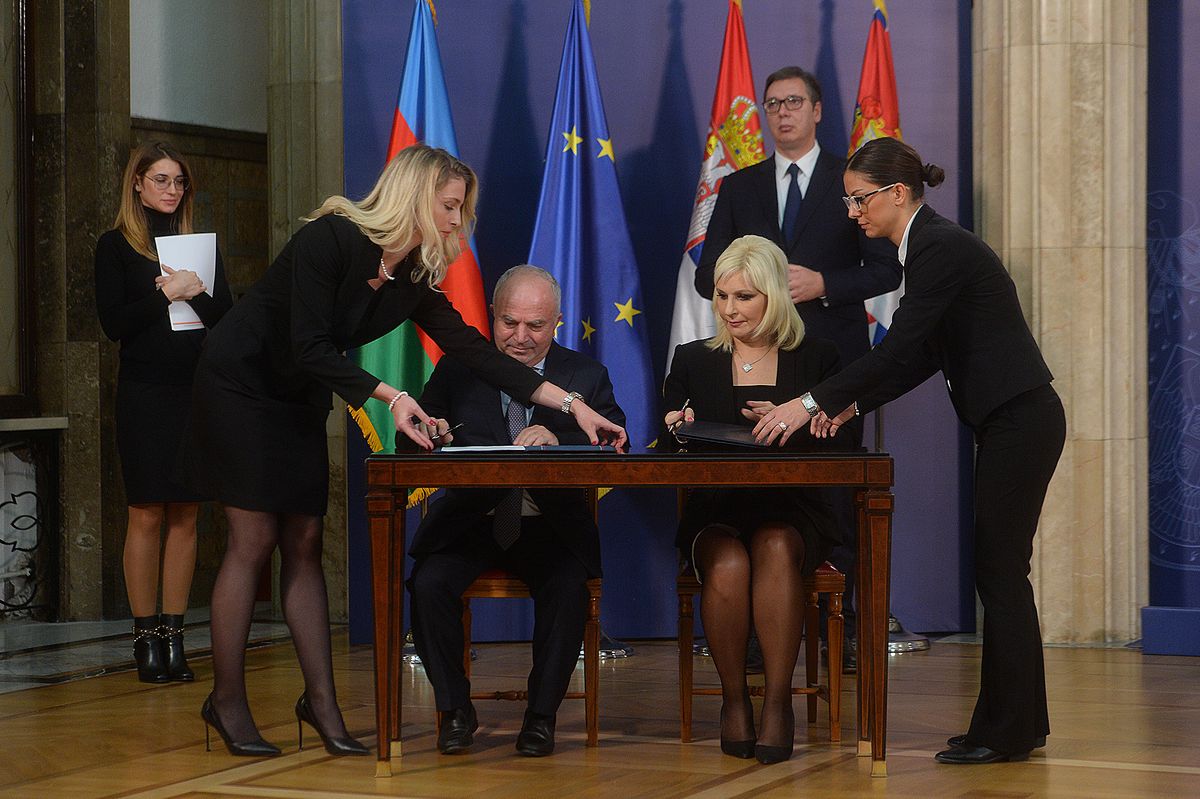 "We are doing a tremendous job, we want people in that area to stay in their hearths and homes, it will mean life for the whole Podrinje region and bring new investments to that part of the country and a much larger number of tourists", said the President.
President Vučić congratulated on the signed contract and emphasised that it is a very important matter for our country and that the value of the signed contracts is 476 million Euros.
"In the next three years, we will build - together with a new bridge over the Sava River - 21.4 kilometres of the highway from Ruma to Šabac. This contract will mean life for the whole of Podrinje, not only will it bring new investments, but also many tourists and jobs for people", said President Vučić, adding that this is an important connection as it will extend to the future Fruška Gora corridor.
President Vučić explained that it would be a 29-meter width full-length highway with a median of four meters between lanes for the opposite direction, while the Šabac-Loznica expressway will be 19 meters wide, with a median of three meters and a maximum highway speed from 100 to 110 km per hour.
President Vučić said that the Šabac-Loznica road is 54.8 kilometres long so that a total of about 77 kilometres of the most modern roads in that part of Serbia will be built on the route from Ruma to Loznica.

In this way, we will raise the growth of Podrinje, which is now empty, because from Loznica and Mali Zvornik and Bajina Bašta to Polimlje, we do not even have a total of 130,000 inhabitants, said the President.
"We want these people to have their own future and to be able to stay there. This is wonderful and great news for Serbian citizens, I am proud because highways and expressways are being built more than ever thanks to the financial discipline of the state," he said.
President Vučić added that Azvirt did a great job on the Preljina - Ljig highway and that the first works could commence next week.
"In three or four years we will be able to proudly say that we have done more in 10 years than in the previous 70 years. I am happy about that," added President Vučić.
The Executive Director of Azvirt Kamil Aliyev thanked Serbia for the confidence entrusted and reminded that the company has been operating in our country since 2012 and that they have always strived to fulfil all their obligations and perform their work at a high level. 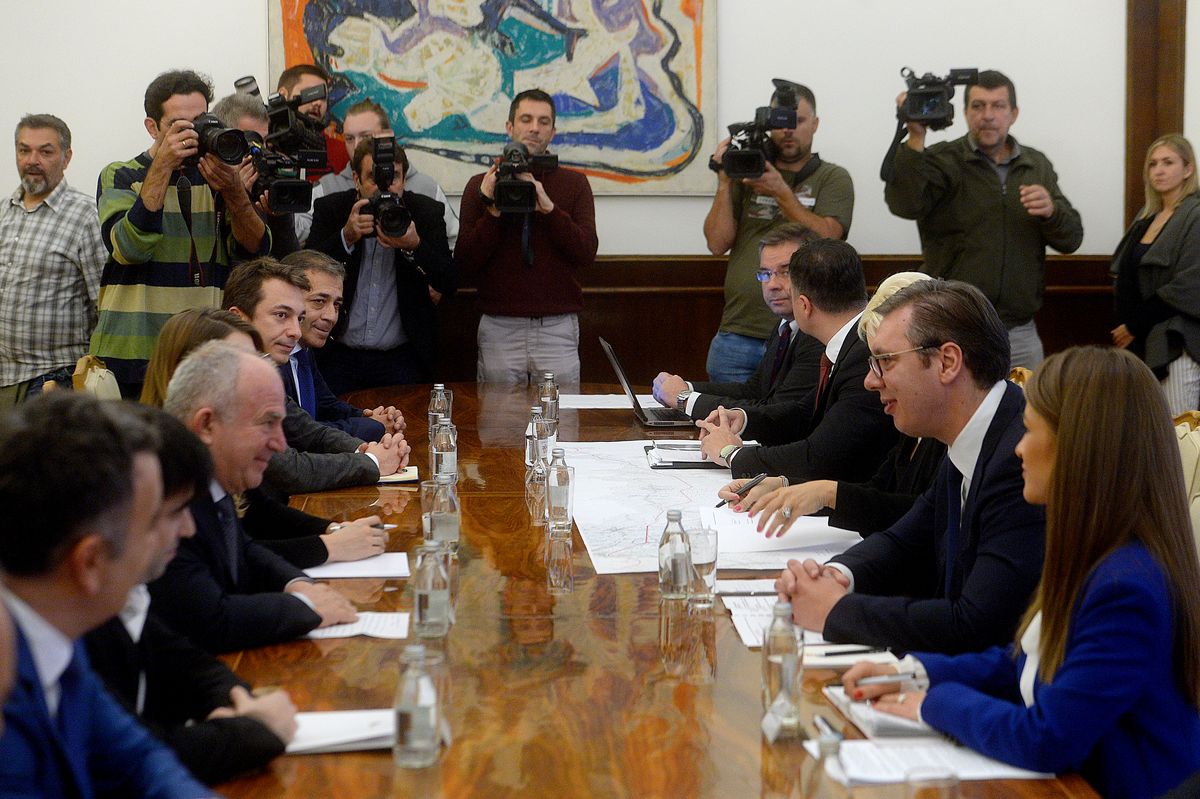 "Our main strength is the workers of Serbia, who have proven to be very hardworking and responsible," he said.
Aliyev added that in the future, Azvirt will deal with the infrastructure development where, as he said, Serbia invests a lot in order to make all parts of the country much better connected.
The commercial contract for the construction of the highway from Ruma to Šabac and the Šabac-Loznica expressway was signed today by Minister of Construction and Infrastructure Zorana Mihajlović and Azvirt CEO Kamil Aliyev.
The signing of the contract with the company from Azerbaijan was also attended by the President of the Republic of Serbia, Aleksandar Vučić.
The total length of this road is 77 kilometres, and the estimated value of this project is 467.5 million Euros.
Construction of the Ruma-Šabac highway and the Šabac-Loznica expressway is one of the priority projects in road transportation since it is a project that is important for the development and connection of Srem, Mačva and western Serbia and Vojvodina, but also of this part of Serbia with the region, and primarily with Bosnia and Herzegovina.
Share