President Vučić awards decorations on the occasion of the National Day

President of the Republic of Serbia Aleksandar Vučić awarded decorations to deserving individuals and institutions on the occasion of the National Day of Serbia. The decorated are meritorious individuals, institutions and associations in the fields of culture, medicine, business, sports, science, diplomacy. 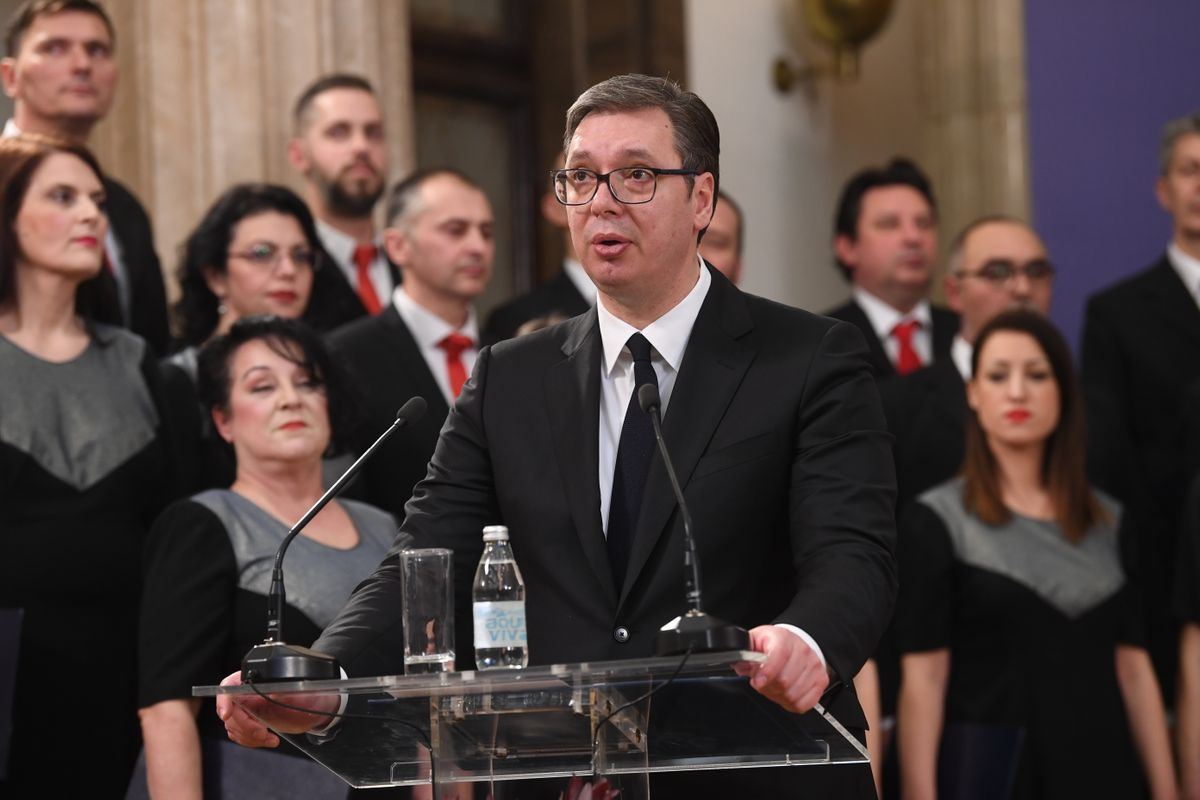 President of the Republic of Serbia Aleksandar Vučić congratulated the National Day and emphasised that there is no better day than this to remind ourselves of how little it takes for dreams to come true and that it took only about 300 people gathered in one trench to start liberating the state and win the independence, where the Serbian heroes swore with their blood, thereby striking the foundation of a modern nation.
“I congratulate the great state and national as well as the Church holiday, a great day in our history and an important day for our country. They say the end is the hardest to write in a revolution, and Serbia has done it in the nicest of ways. The Serbian Revolution was a fight for freedom. Today we are part of a free and democratic world," said President Vučić.
The President added that Serbia has gone through many ferocious wars in its history and endured the sacrifices that no one else would be able to bear and emphasised that we endured so that such calamities would not happen again, which is why the only feasible policy is the one formulated by Borislav Pekić: "You should love the land of your children, not the land of your grandfathers'." 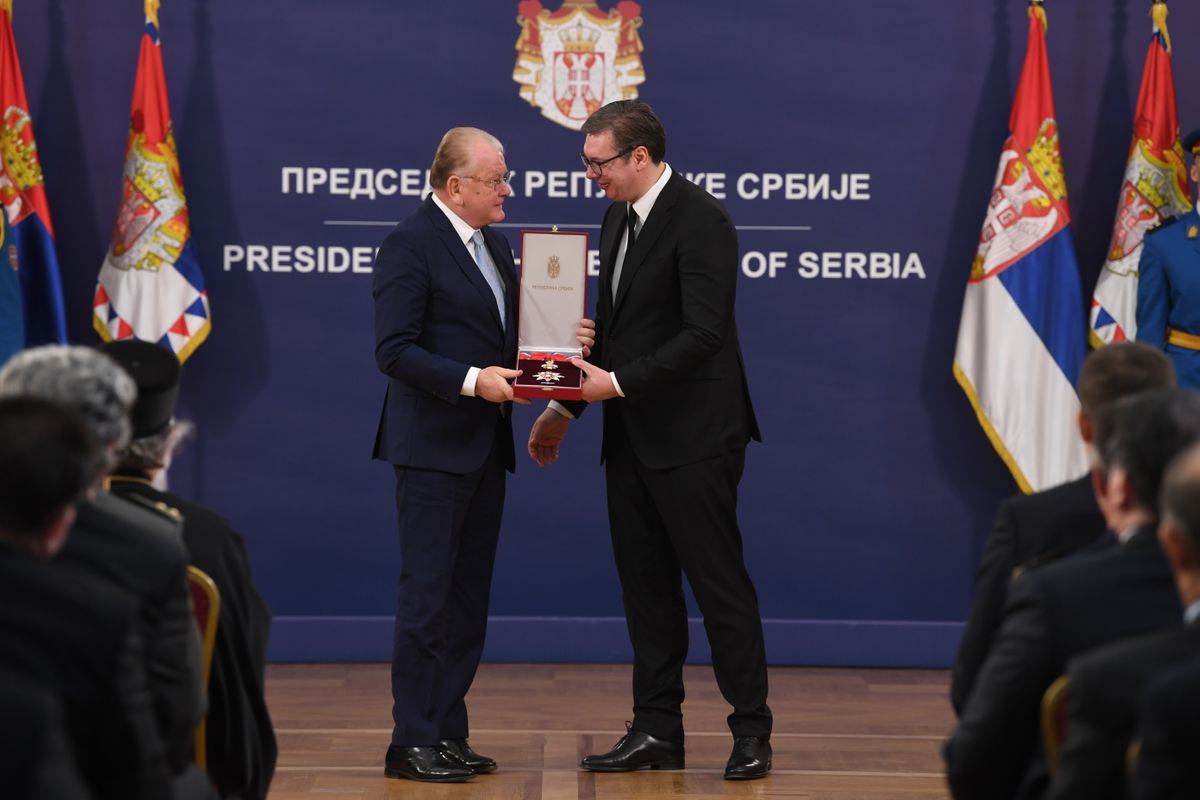 President Vučić points out that this is exactly what our great-grandfathers did, not just for themselves but for us, adding that we should, therefore, preserve what they did and strengthen the country for those who are yet to come, which is a free and independent Serbia, our only and the most beautiful Serbia.
"Historian Leopold von Ranke called it the Serbian Revolution, which ended 31 years later when the first Serbian Constitution was proclaimed and when Serbia became a modern state," said President Vučić.
He said that the hardest way to write their end was in the revolutions, and Serbia did it most gracefully, by adopting the Candlemas (Sretenje) Constitution which introduced freedom, rights and division of power, which was also one of the most liberal constitutions in terms of the world and European values. 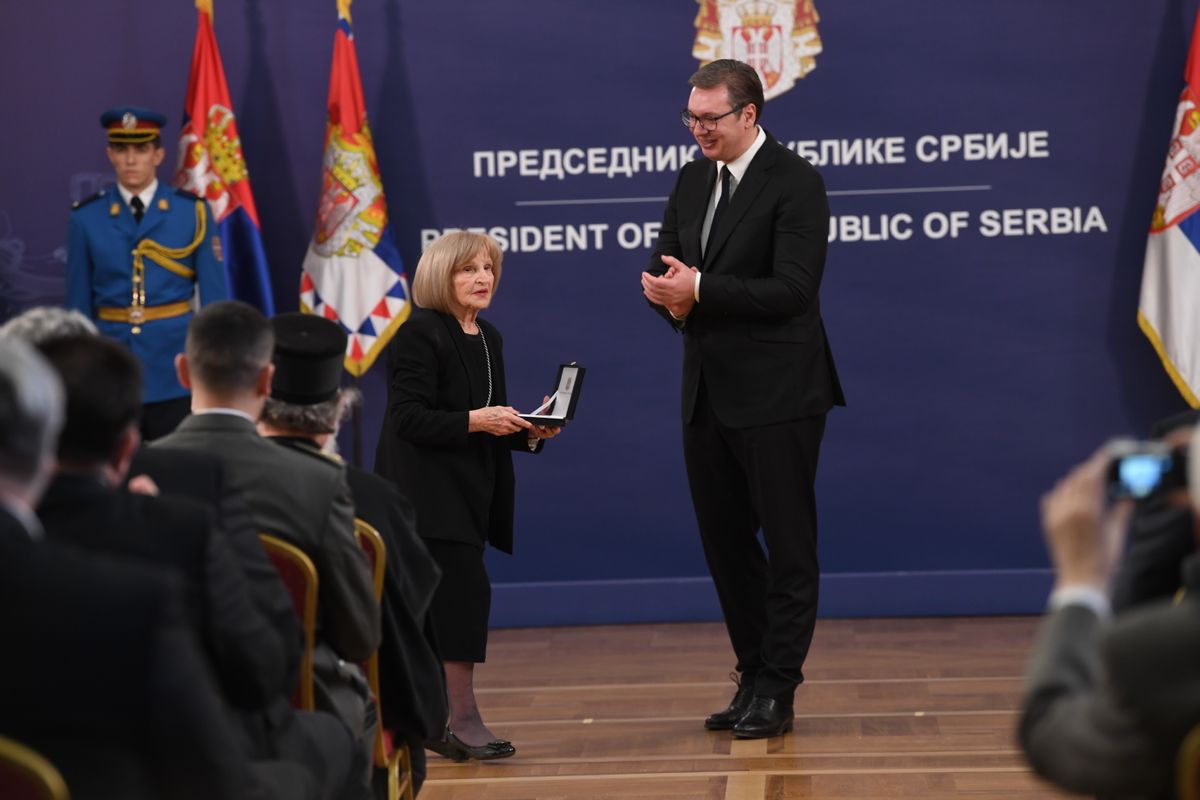 President Vučić pointed out that when we are asked today where we are, we say that we answered back in 1835 with the Sretenje Constitution was brought and that we are part of the free world, the traditions and values that were the foundation of Europe and the flag under which the entire democratic world is gathered.
President Vučić said that in the two World Wars Serbia has given more than it had and those entire generations were killed and that at that time we carried the flag of freedom in the whole region, freeing other nations whom we enabled to be free states and nations and all that even by denying our own identity just to make that dream common.
The President pointed out that after many experiments and failures, we realised that the Marićević ravine was just the beginning, as well as those who dreamed of it, that we should come out of it free and upright, but also realise that, like them, we can do more and almost anything. 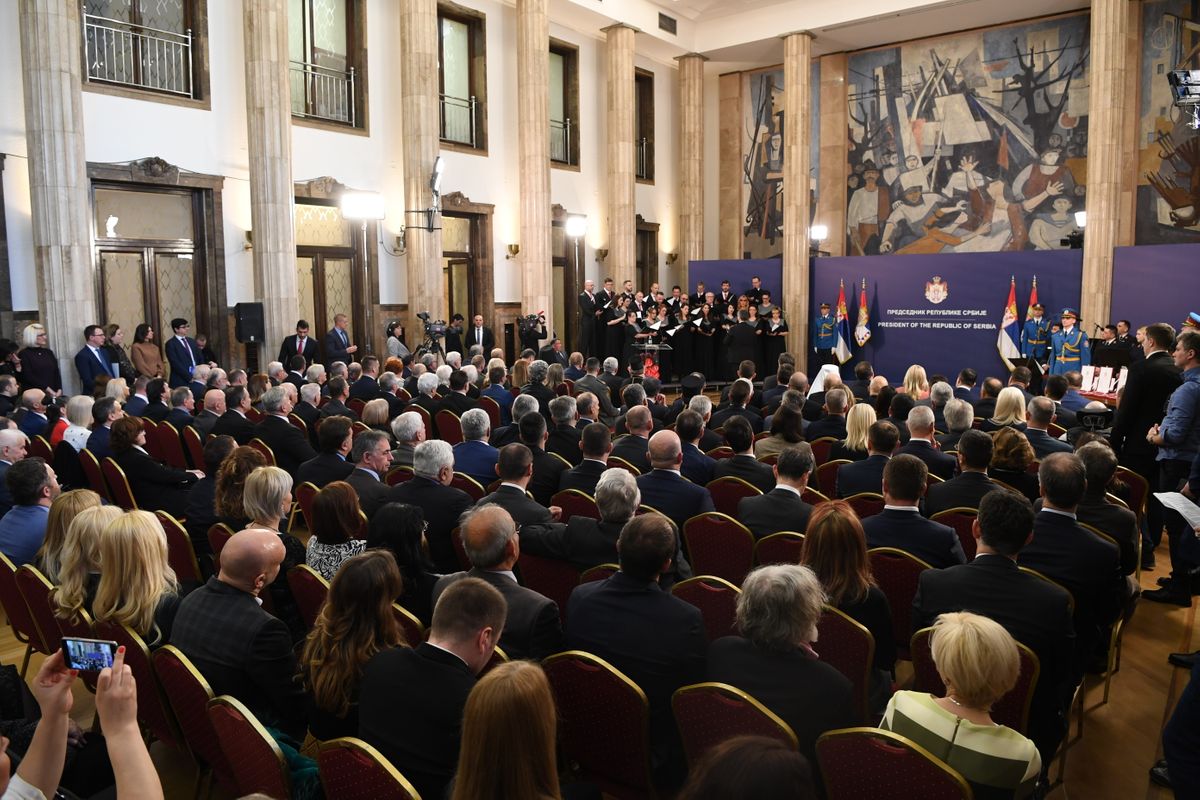 "To believe in ourselves, our own country and give it freedom and the right to decide. And our people should start giving birth again, there is no more important task today than that," he said.
President Vučić added that today we are among the most successful European countries in terms of economy and that everything we do should serve for new generations.
He said that failure, therefore, does not exist for us as an option and that when it comes to freedom - it applies to our entire people and that we must not forget about our people across the Drina and Danube rivers, as well as in Montenegro, North Macedonia, Slovenia and other countries. 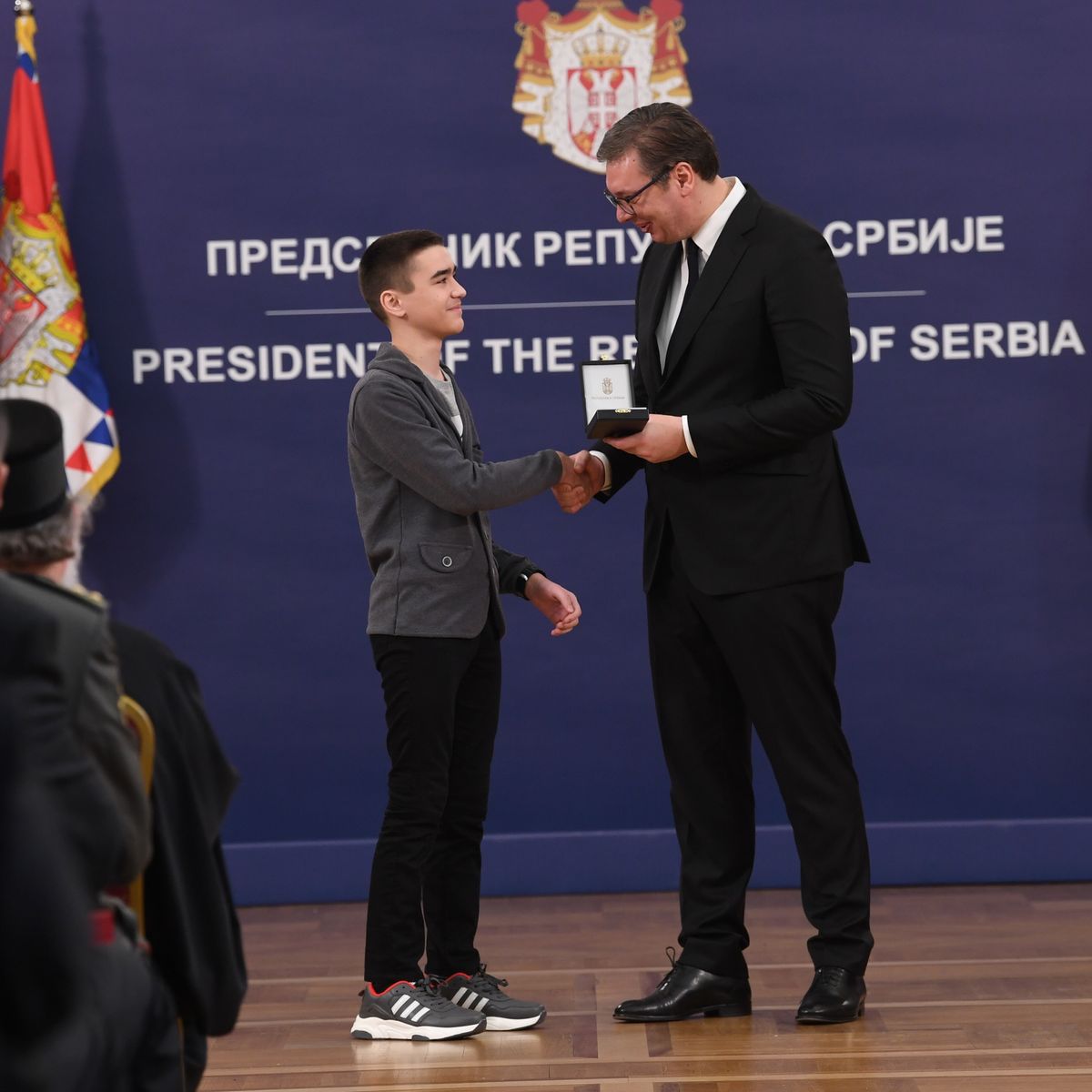 "We have to do everything we can to bring our people scattered across the world back to Serbia because there is neither a nicer nor a richer country. We have to work harder and I am convinced that their help will be greater," concluded President Vučić.
President Vučić said that today when Serbian institutions are threatened across the region, we must be persistent, but also say that war is not an option for us, but only peace and cooperation.
"Today, when our institutions across the region are threatened, when the survival of the SOC on the territory of Montenegro is threatened, and when the identity of the Serbs in the territory of Bosnia and Herzegovina, and often in some EU countries, is threatened, we have to be steadfast and strong and say that the war is for us not an option, but that our choice is only peace and cooperation. But also, that capitulation is not an option for us," said President Vučić. 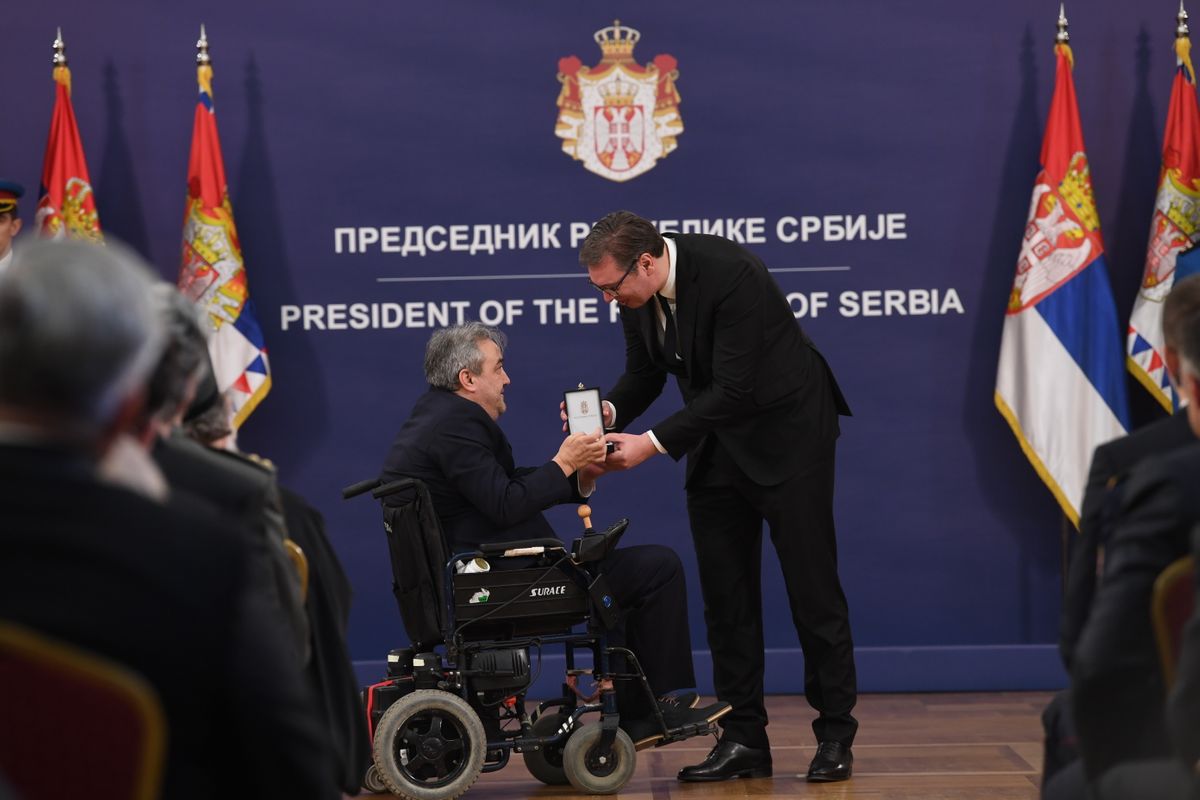 The President of Serbia emphasised that Serbia will exist and survive with its people and that it will never be ashamed of the Serbian ethnos.
"Wherever Serbs live, they will be able to expect the assistance of their Serbian state, wherever the Serb people live - freedom and peace are needed," President Vučić emphasised.
Share