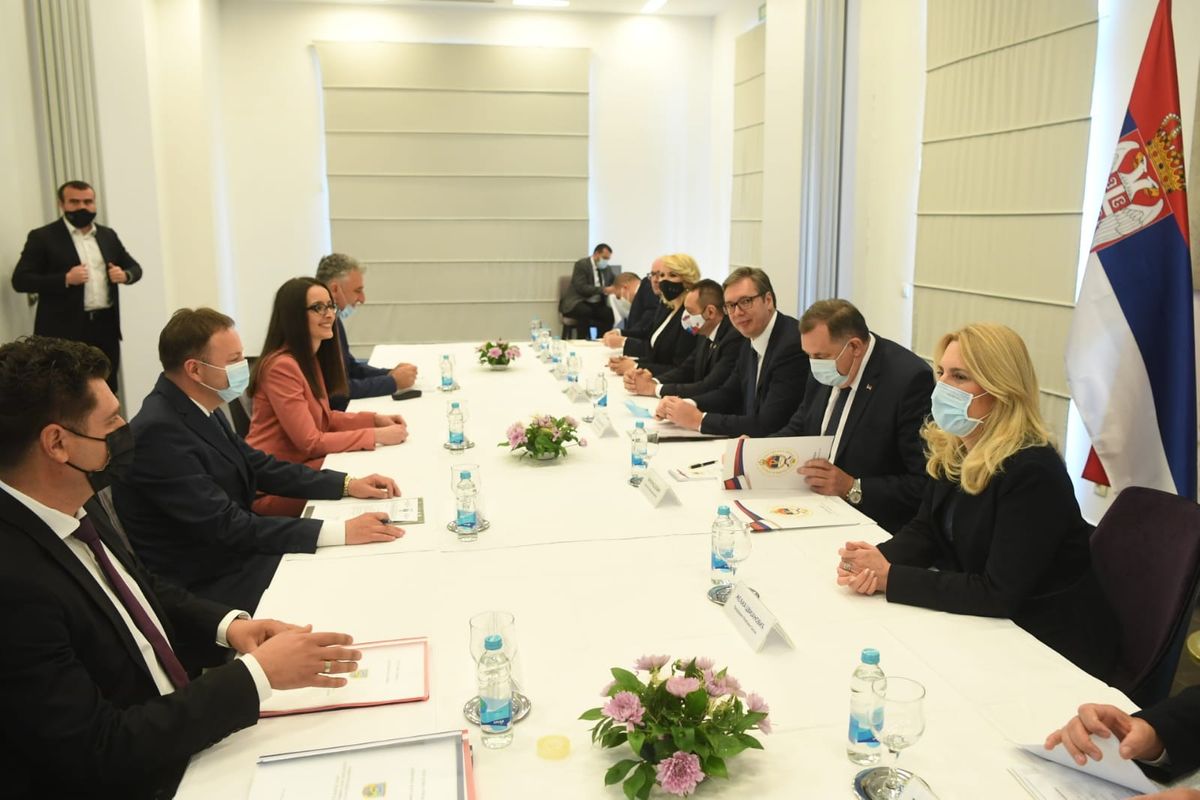 "Serbia will allocate more than 10 million euros in aid for four small municipalities in the Republic of Srpska, i.e. three in the Republic of Srpska and one in the Federation of Bosnia and Herzegovina," said President Vučić following the meeting. He emphasised that part of that aid will be pecuniary and part will be designated in form of projects.
"Serbia will help in every way so that people can live better and see their future in staying in their homeland. I am grateful to the Republic of Srpska for always talking to us without vanity and display and for asking wisely and smartly enough. And if we can, our part is to attract foreign direct investment because our intention is not to show that we are symbolically present, but to help the Republic of Srpska," the President said. 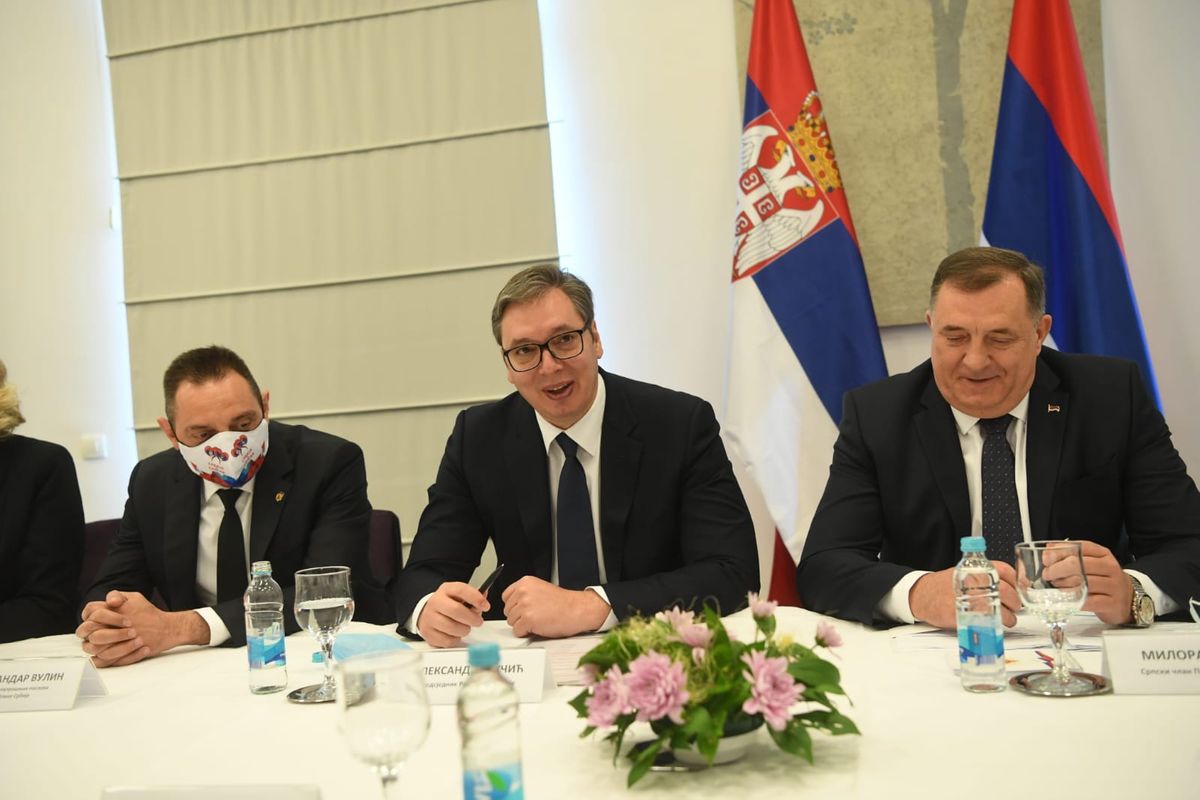 Председник Вучић је након састанка најавио и изградњу великог меморијалног комплекса у Доњој Градини.
After the meeting, President Vučić announced the construction of a large memorial complex in Donja Gradina.
"Whoever does not have a culture of memory, he cannot even have the strength for the future," said President Vučić.
The Serbian member of the Presidency of Bosnia and Herzegovina, Milorad Dodik, said that he was grateful to Serbia and its President, Aleksandar Vučić, for the selfless and continuous assistance it provides to the Republic of Srpska. 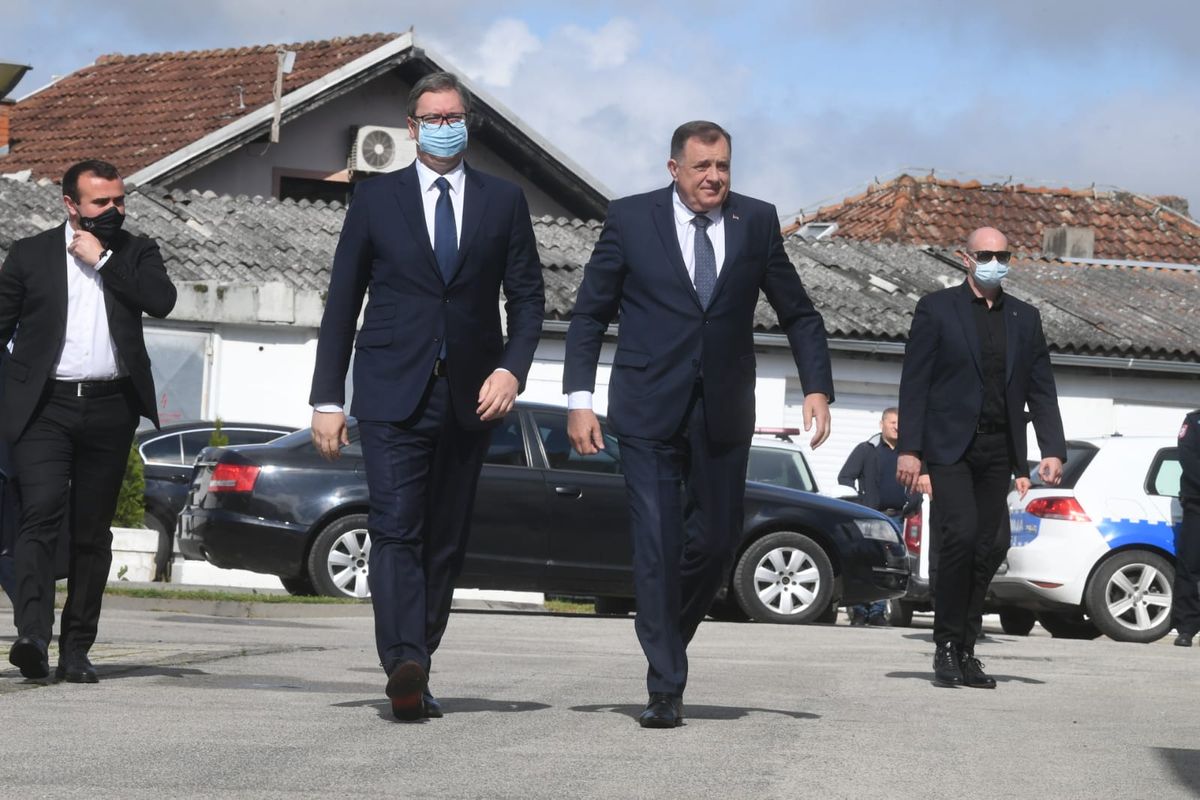