President of the Republic of Serbia Aleksandar Vučić said today after meeting the Serbian member of the Presidency of Bosnia and Herzegovina, Milorad Dodik, that the indispensable need of the Serbian people is to preserve peace and political stability. 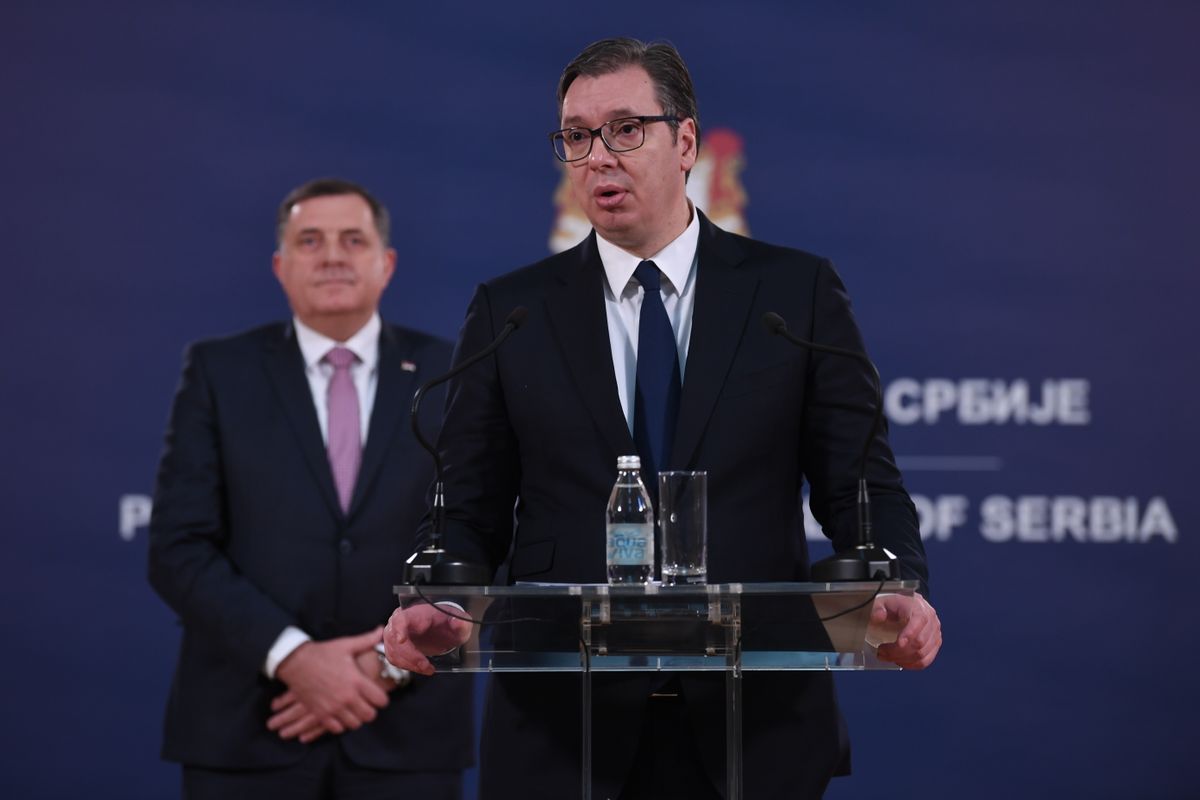 "We had good talks, there were several topics on the table, the key conclusion being that the vital need of the Serbian people - wherever they live in the Balkans - is the peace and political stability. Our job is to do everything in our power to preserve peace and political stability,” said President Vučić.
The Dayton Peace Agreement is of historic importance because it was the only possible solution in which everyone lost and gained a little and only such an agreement could preserve the peace in the territory of Bosnia and Herzegovina, said President Vučić, noting that no one can change the will of the three nations.
President Vučić reminded that ratification of the loan arrangement with Turkey regarding the construction of the Belgrade-Sarajevo highway is soon to follow. 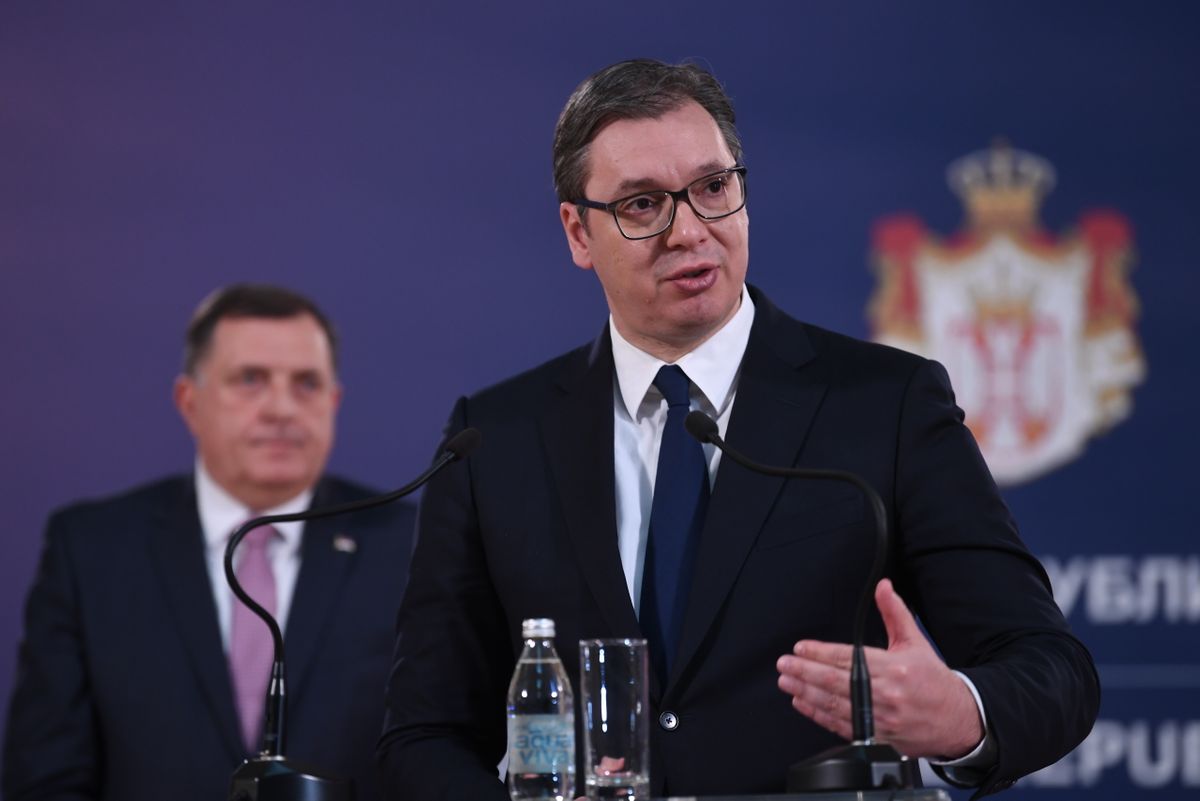 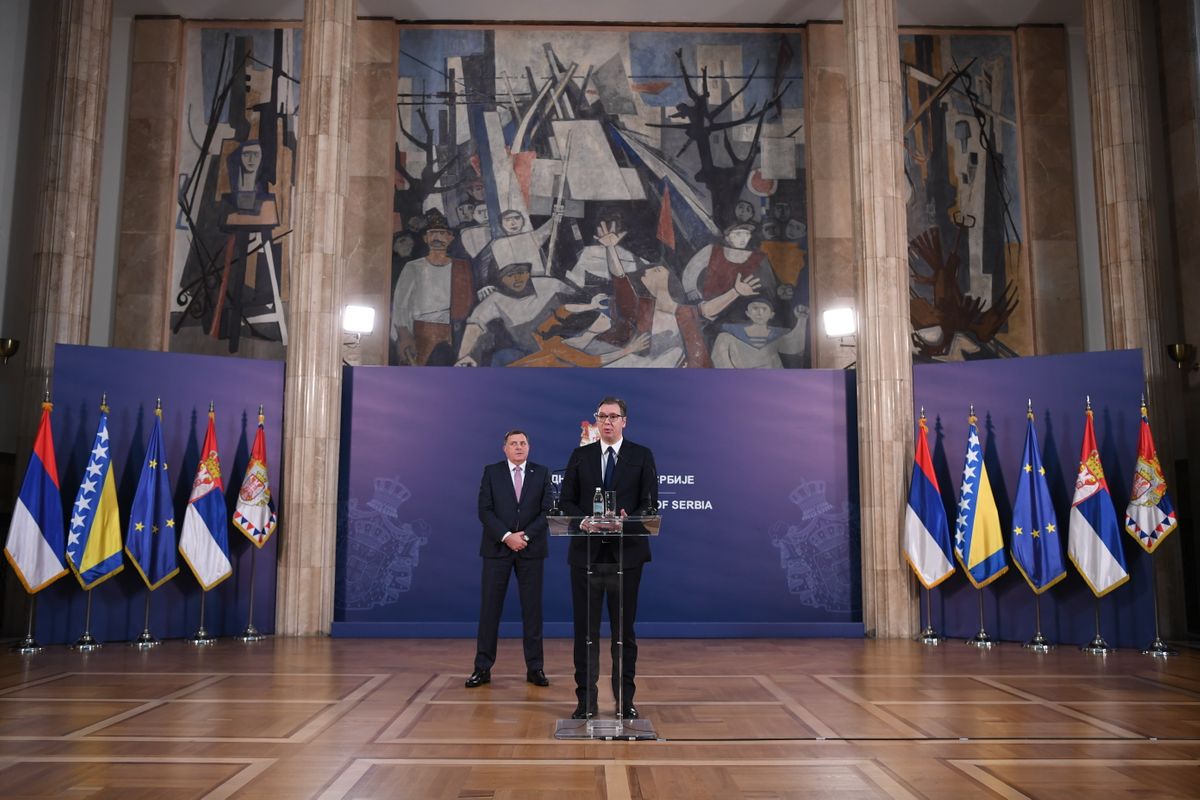