President of the Republic of Serbia Aleksandar Vučić met today the US Senators Ron Johnson and Chris Murphy and thanked them for their endeavours aimed at continuation of the dialogue between Belgrade and Priština as well as for the support toward full membership of Serbia in the European Union. 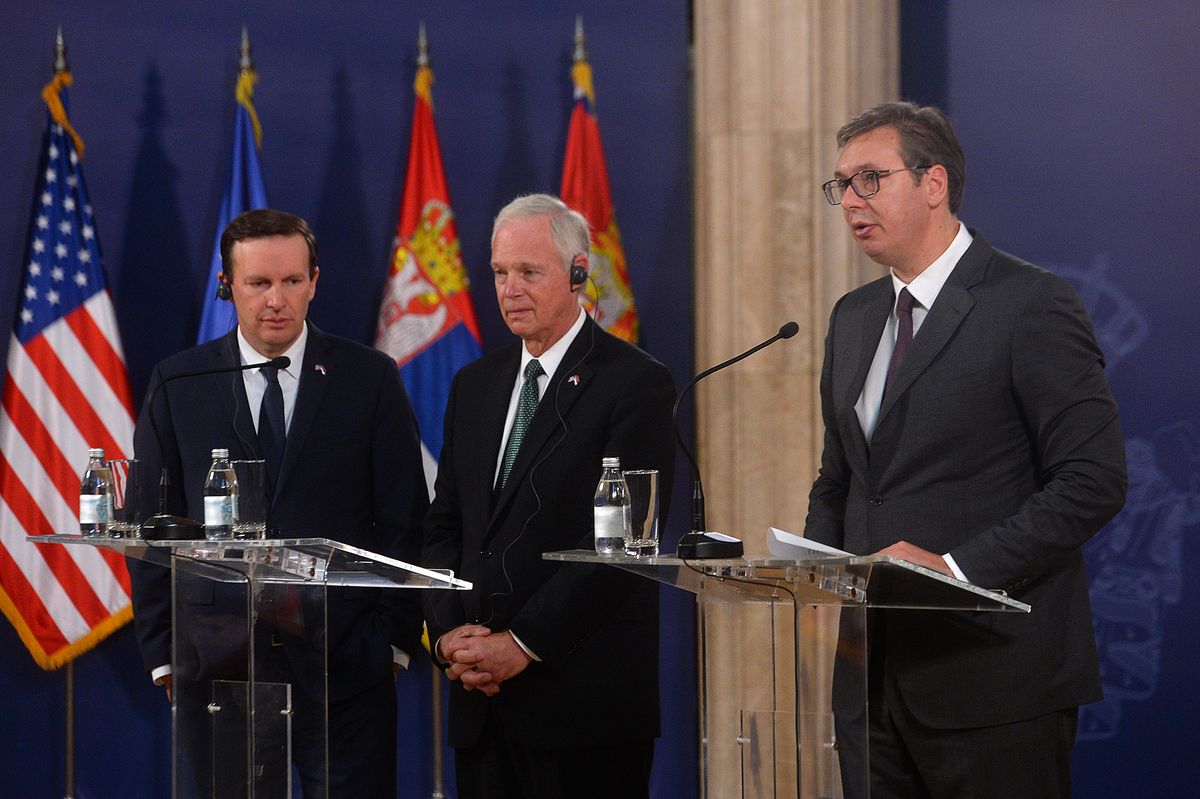 „I am convinced that the desire for improvement of relations between our two countries is mutual and that Serbia will benefit from it - from the increase in trade exchange to participation in all important projects as America is the greatest power of the world. I am grateful to Senators for their efforts aimed at continuation of the dialogue between Belgrade and Priština and at achieving a compromise, as well as for their support they extend to the full membership of Serbia in the European Union", said the President after the meeting.
President Vučić emphasised that he communicated to the American Senators that Belgrade expects the abolishment of taxes and that it seeks to achieve a compromise solution where such solution cannot imply the fulfilment of objectives of one side only, while the Serbian side would not get anything.
An agreement between Belgrade and Priština implies that both sides equally lose so that both sides would equally win, said President Vučić.
"This is the only way in which an agreement can be reached", emphasised the President.
President Vučić said that Belgrade is set for any talks as talks are beneficial and added that improvement of relations between Serbs and Albanians and establishment of enduring peace would be largely advantageous for both Serbs and Albanians as well as for all the other people who live in the region. 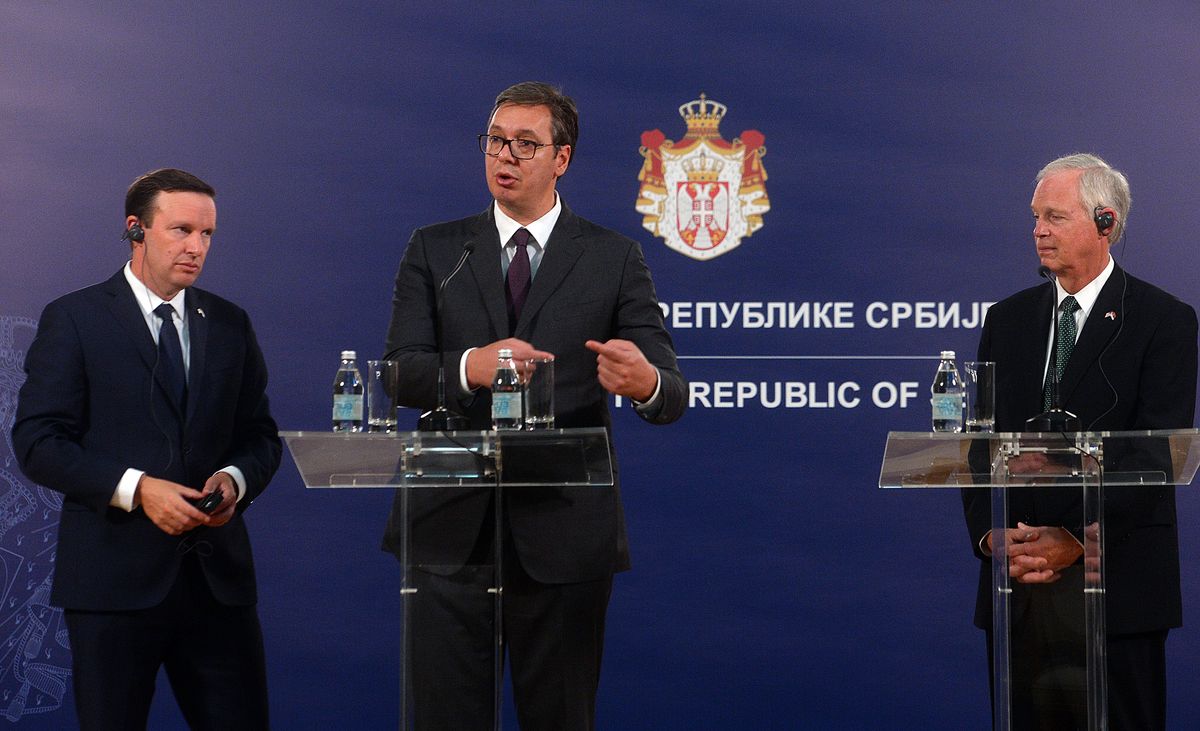 President Vučić also said that it is in the interest of Serbia to intensify the political dialogue at a high level and that it is necessary for the two countries to have partnership relations.
"It is in the interest of Serbia that our relations become better", said President Vučić and added that these relations in many areas have been significantly improved lately, although there is still a capacity for their further development.
The President thanked the Senators for their visit and the engagement in the region and their disposition towards preservation of stability and achievement of long-lasting peace.
"I am convinced that the wish to improve the relations between Serbia and the USA is mutual", said President Vučić and added that economic cooperation issues were discussed that may be highly advantageous for the citizens.
The President added that the meeting also tackled the regional stability and that Serbia will continue with its policy of preservation of peace and respect for the rights of others.
He noted the good military-economy and civil-related cooperation especially with Ohio and added that the cooperation can be even better as there is room for improvements.
President Vučić also said that Senators pointed out how pleased they were with the economy in Serbia and how much they would prefer to have certain areas in the rule of law to change for the better.
"I have heard them and pointed out the fact that we can still improve, change and do many more things in the coming period", said President Vučić.
American Senator Chris Murphy said after the meeting that the solution to the Kosovo issue requires a significant compromise and that it can be solved only with the sacrifice made by both sides. 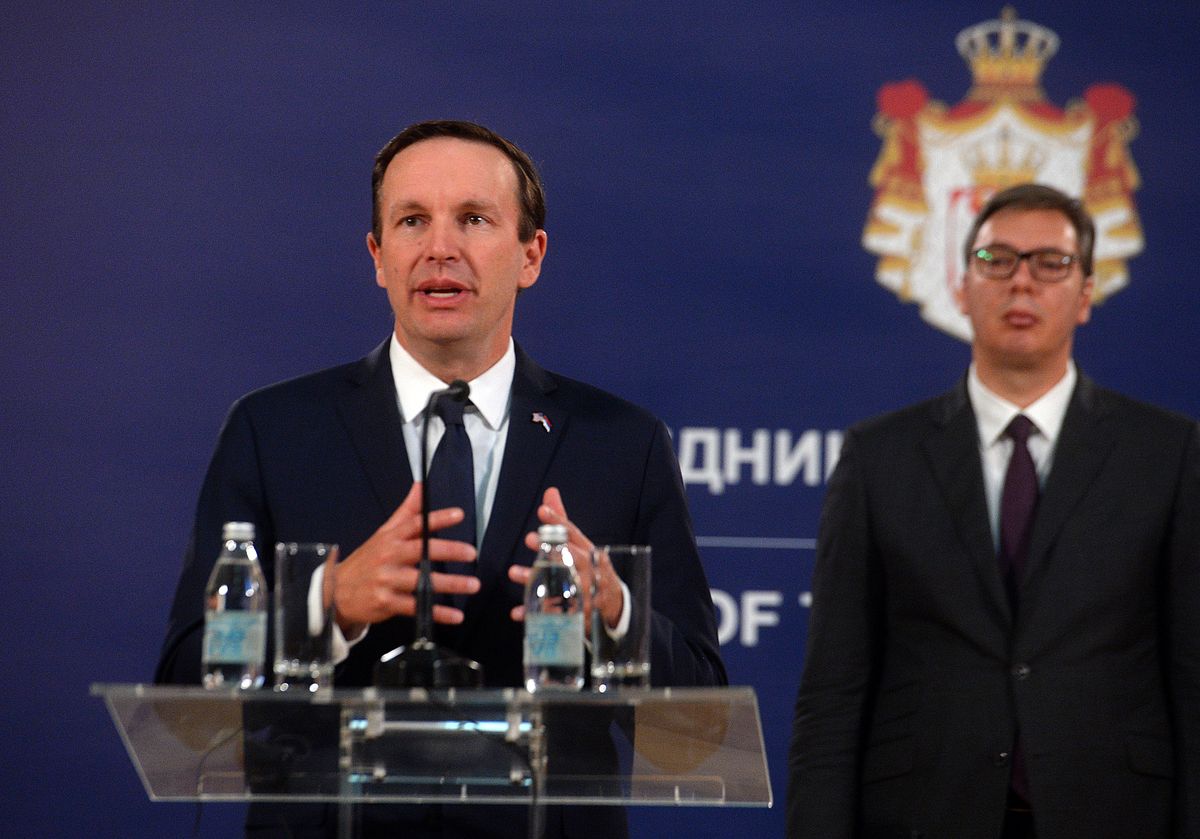 Senator Murphy expressed hope that after the parliamentary elections Albanians will also make the steps aimed at continuation of the dialogue.
„The USA is with Serbia and wishes for a stronger partnership with Serbia", said the US Senator Murphy.
Senator Murphy also said that he hopes to convince President Donald Trump and his colleagues to come to Serbia, to see and convince themselves in its development.
"We came here to convey a completely clear message that both Democrats and Republicans in the American Congress are with Serbia and that they wish for a stronger partnership with your country", said Senator Murphy and added that our two countries can strengthen their partnership, that America can increase the investments, but also that there should be more Serbian goods in the USA.
"The best manner to improve our economic partnership is to ensure that Serbia continues with its path towards the EU, and the main mechanism for it is the dialogue", said Senator Murphy.
American Senator Ron Johnson said after the meeting that both Belgrade and Priština must give something and gain something when achieving an agreement. 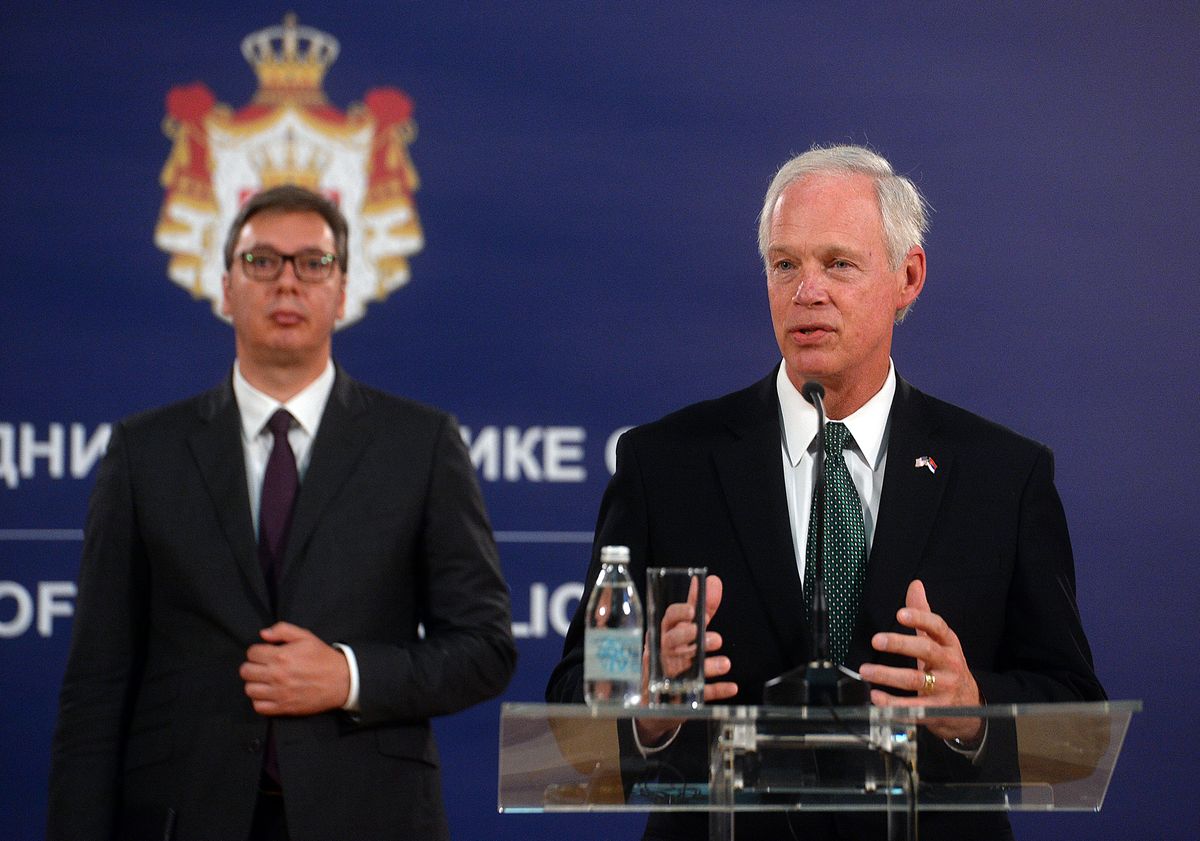 "The USA is the friend of the Serbian people and we wish to do all we can to support the dialogue and both nations in their negotiations where something has to be given and something has to be gained. Likely, the agreement will not be a satisfying one for either party, but when the agreement is achieved - the potential and the benefits for both nations will be much better". said Senator Johnson.
Senator Johnson said that he came to the region with Senator Murphy to confer American support to the Serbian people, to the people in Kosovo and to the people in the region.
Discords between Serbia and Kosovo, he said, have to be solved so that both nations could move forward.
"It is in the best interest of both nations to achieve an agreement so that they could focus on improvements of security, safety and prosperity", said Senator Johnson.
He said that Serbia moves ahead and that the USA recognises that and wishes to encourage that.
The Minister of Foreign Affairs of Serbia Ivica Dačić and the Ambassador of the USA in Serbia Kyle Scott were also present at the meeting. 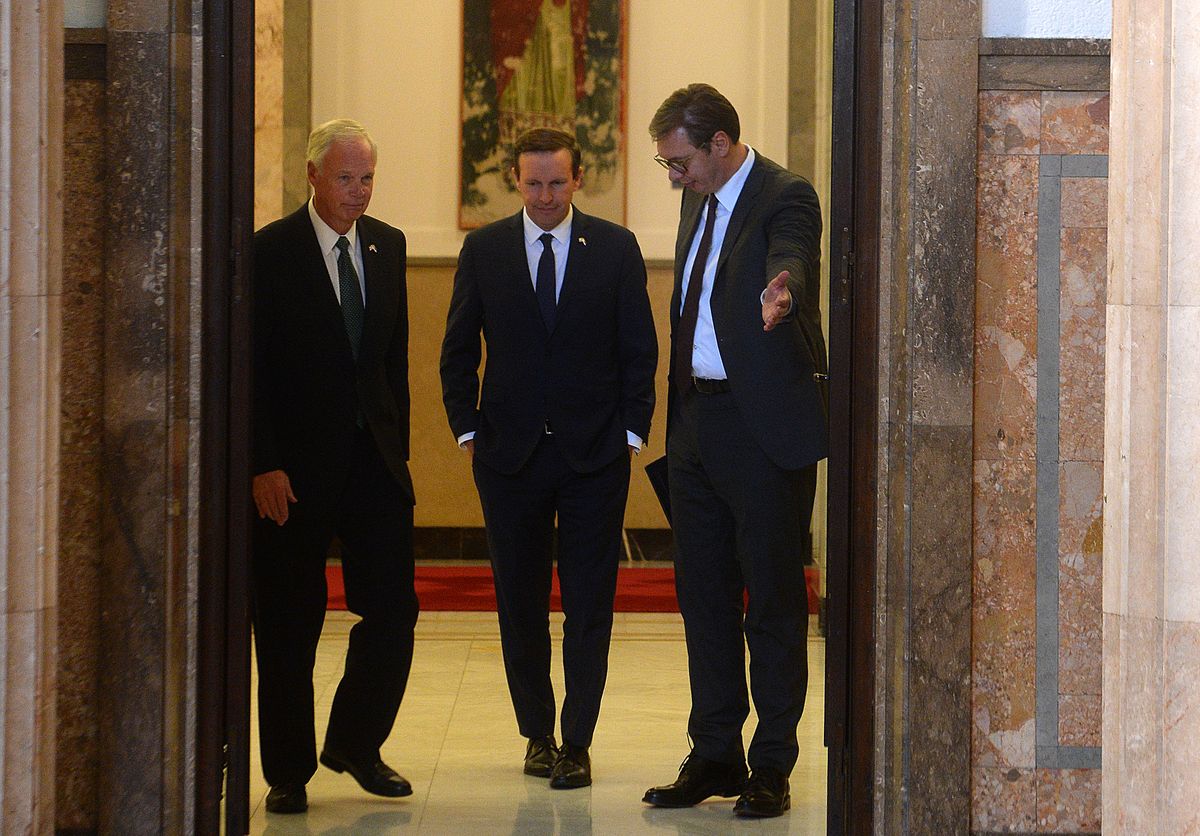