President Vučić opens the Science and Technology Park in Niš

President of the Republic of Serbia Aleksandar Vučić opened the Science and Technology Park in Niš today and said that Serbia - from a country that was a paradigm of people not believing in their future, turned into a country where that changed and we began to believe that we could be better than others in economic development as well. 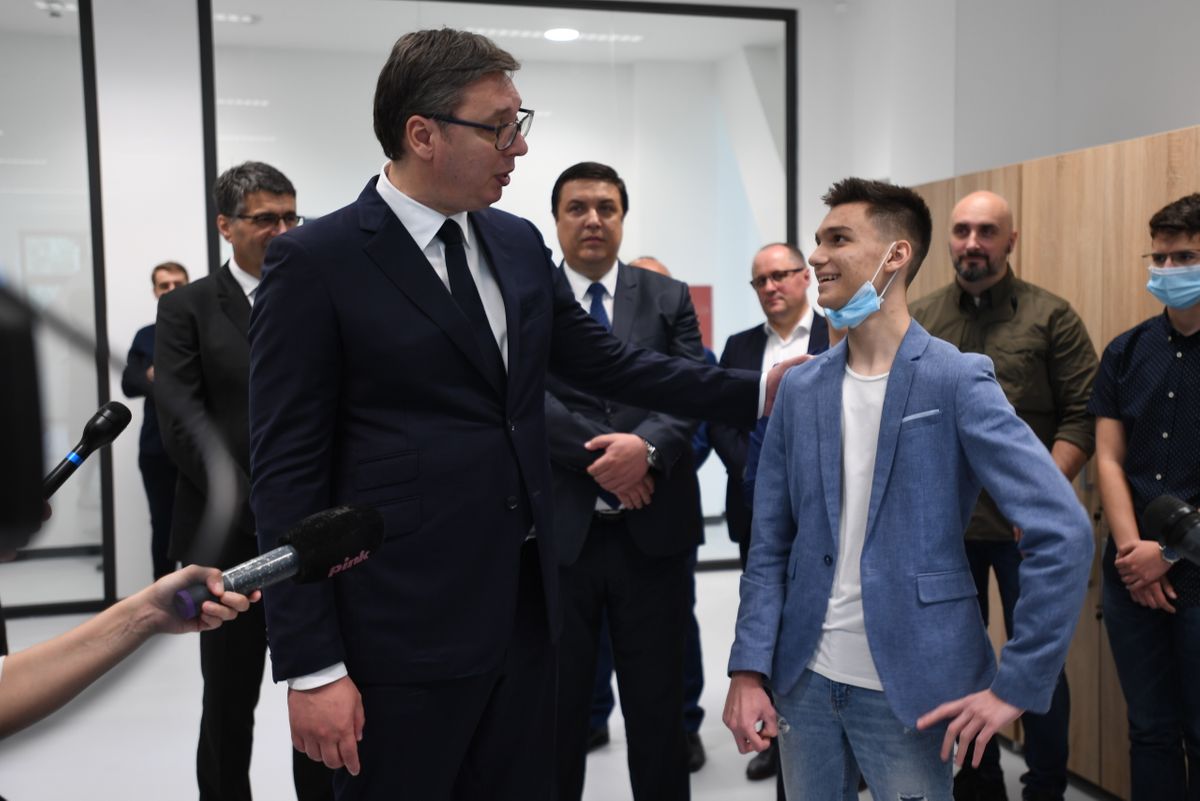 "These are some young, successful people with innovative ideas who believe in their country and future and can be more successful than others," said President Vučić.
President Vučić told the young talents, whose companies were given the opportunity to develop in NTP, that the state will strive to help them as much as possible and that the 13 million euros invested so far in the NTP are merely a part against what they will give the state.
"I am happy to see the enthusiasm, that they now have their own space, good conditions and can do their job. We must do everything to have as many people like this and schools where they can expand knowledge. These people feel the needs of the market; they have entered something new, unexplored. What we gave - the 13 million euros we invested, is merely a part of what they will give to the state thanks to their knowledge and work," said President Vučić. 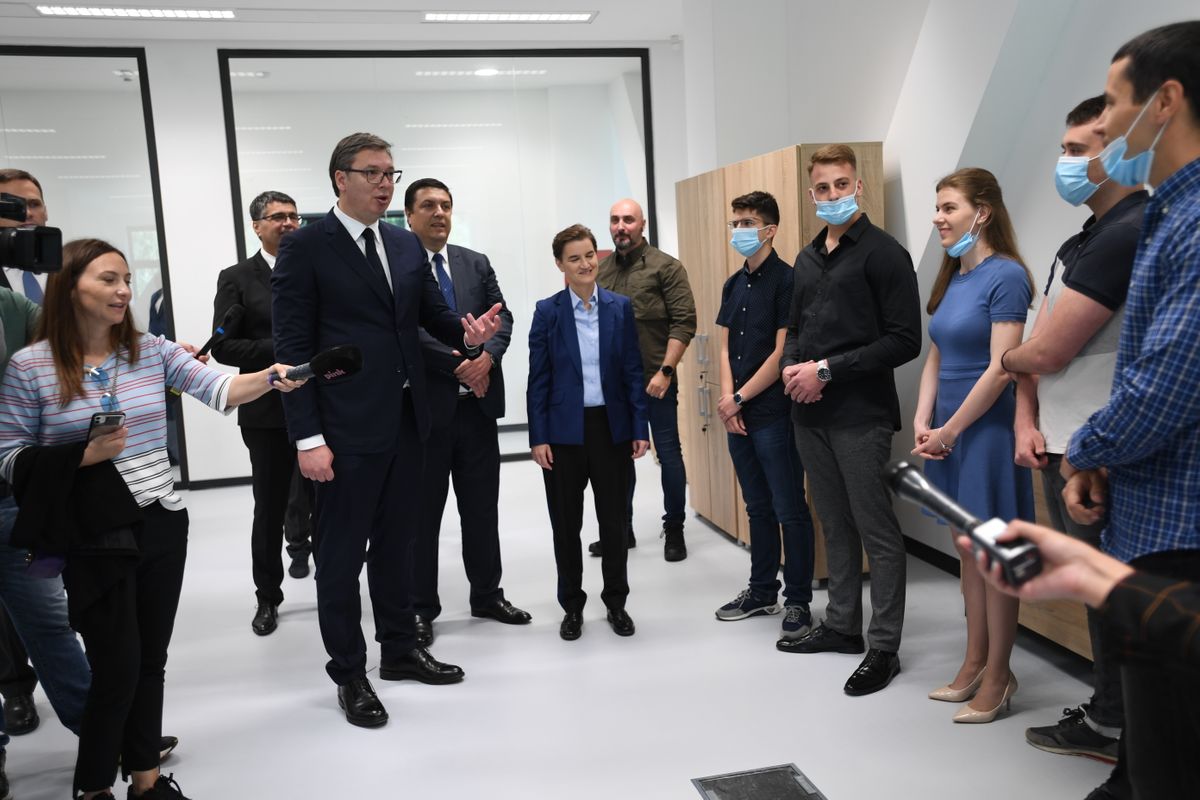 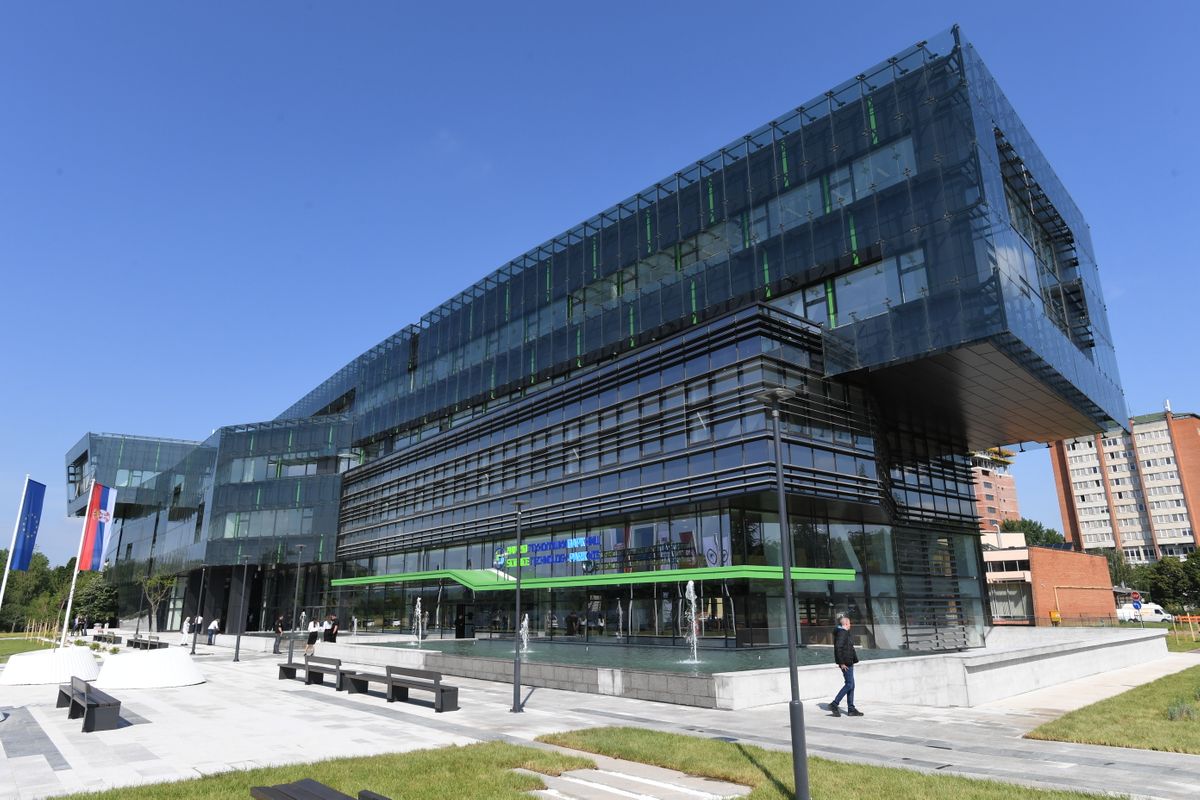 President Vučić pointed out that Serbia's surplus in software technologies and products amounts to as much as 800 million euros, and that our export amounts to 1.4 billion.
"Today, in the modern world, whatever event you do, it lasts a very short time. Here I met people of tremendous energy and fantastic enthusiasm. We have made the way to incomparably more successful Niš. Here I observed faith and conviction that it would succeed, more than ever. I am particularly happy because they told me that many people are returning to our country. Does Serbia have anything in which it should invest more than this area and the knowledge of young people?" President Vučić asked.
The President added that the IT sector in Serbia employs 70,000 people and that the average salary exceeds 120,000 dinars. 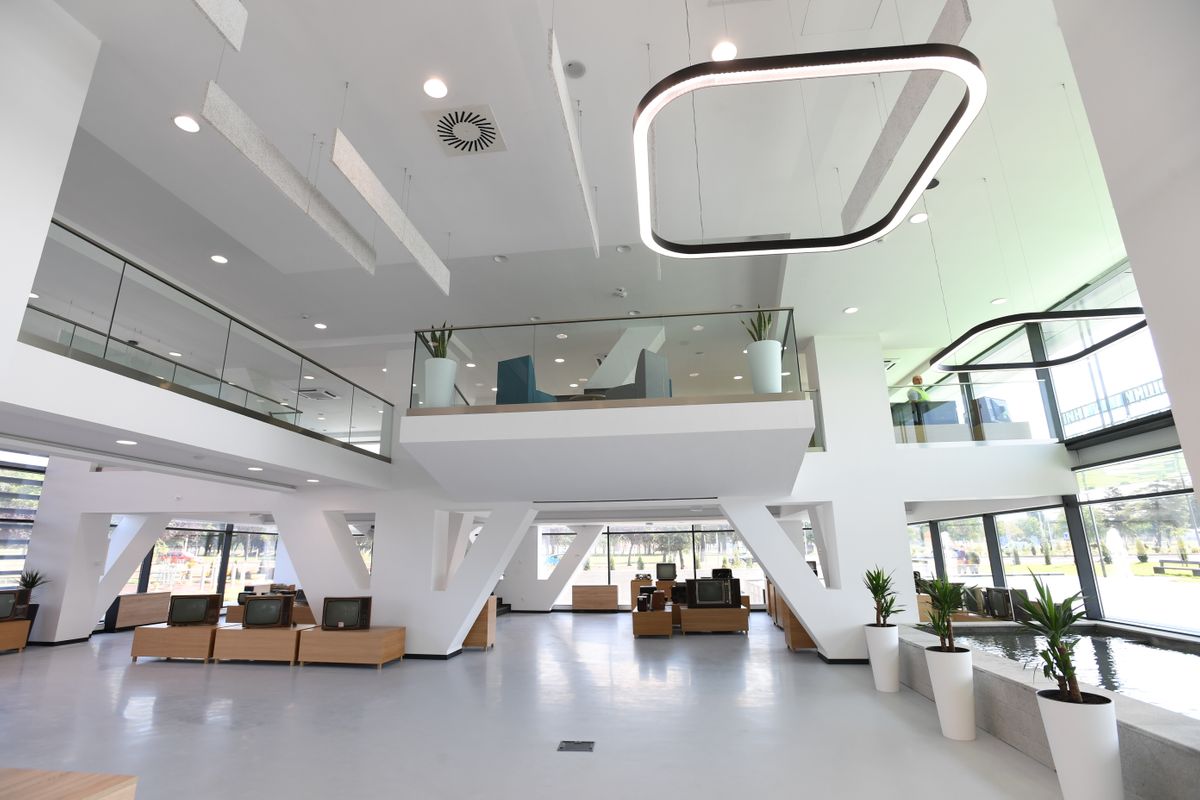 President Vučić also said that he would like Niš to reach and even surpass the level of Belgrade.
"People in Niš are exceptionally hungry for success, and you cannot stop that. That is why I am convinced that this is the most significant thing in Niš that we have done. This building is beautiful, and I am satisfied that it seems that people are happy and that they believe this amazing city can carry the development of Vranje, Leskovac, Pirot, Prokuplje, and other parts of the country. Niš must perform even stronger and faster, and I am sure these companies and 442 employees will have the best possible future ", stressed President Vučić. 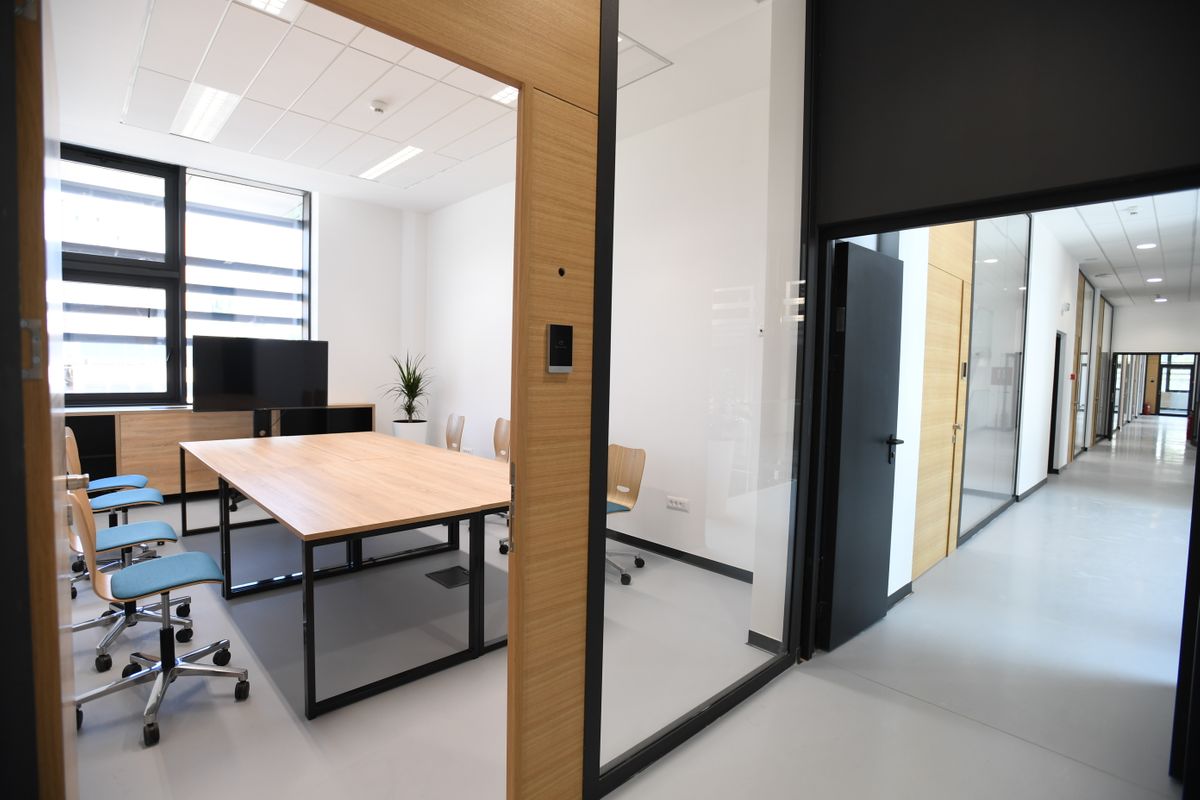 President Vučić said that investments in Niš, which infrastructure-wise occupies the best position in Serbia, will continue.
"If we provide the money to build a fast railway Belgrade-Niš along the highway, the southern and eastern arms of it, to begin the construction of the highway to Gračanica - Niš will be a substantial hub of roads in Serbia and Southeast Europe," said President Vučić.
"The progress pace of this part of Serbia is proportional to the pace of progress of the whole country. This is a huge step forward for Serbia," underlined the President. 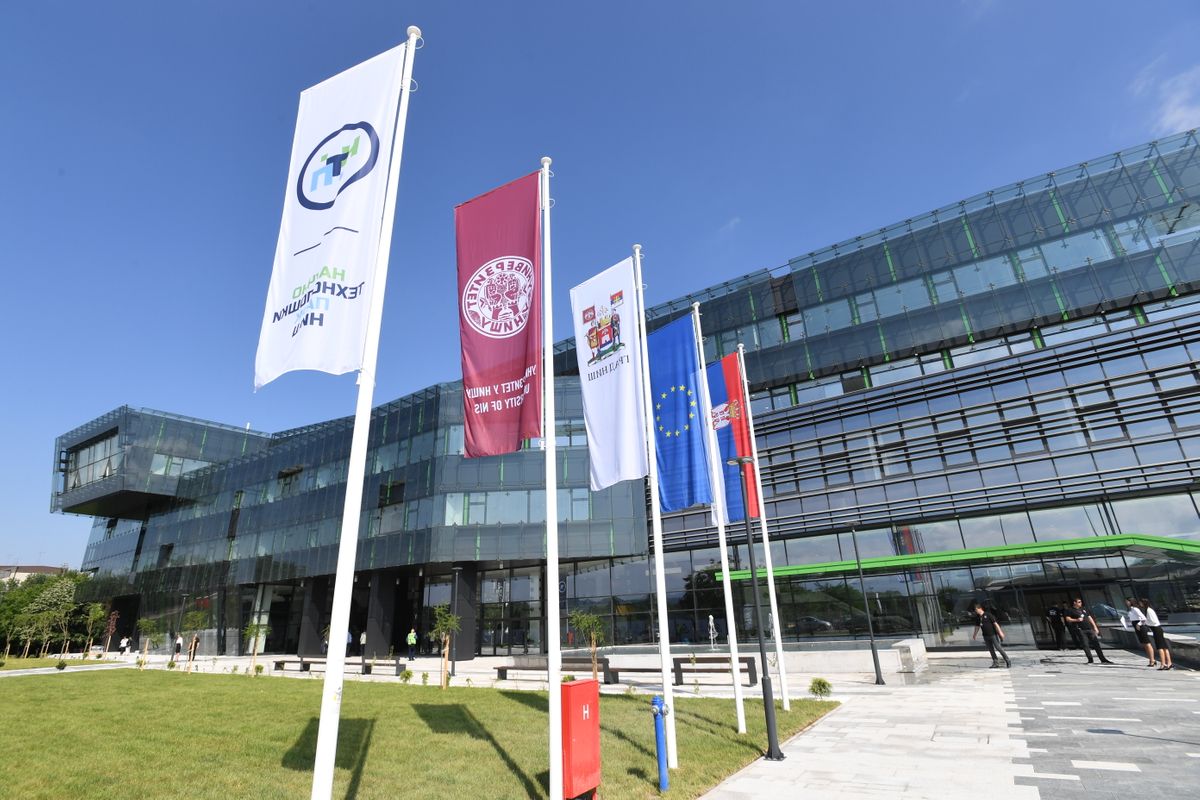