President of the Republic of Serbia Aleksandar Vučić met today with the prominent Austrian writer Peter Handke, the winner of the Nobel Prize for Literature, and presented him with the Order of the Karađorđe's Star of the first degree. 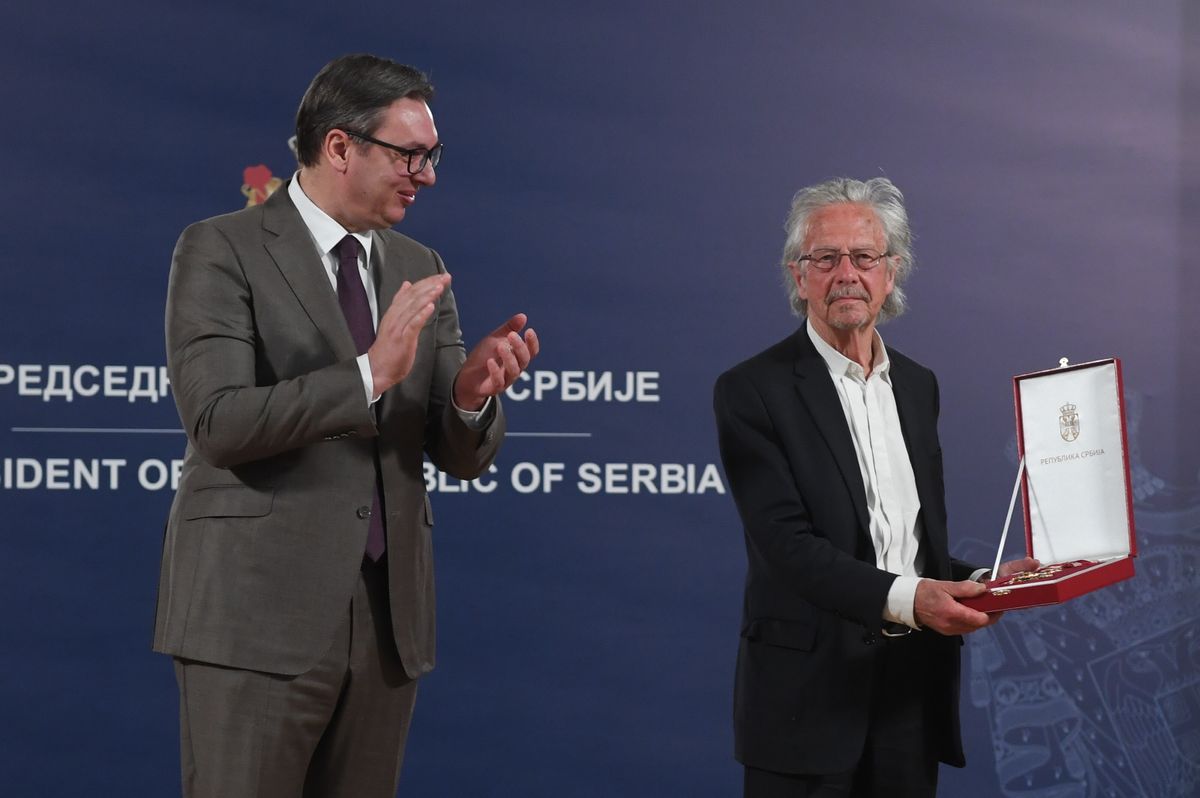 "Every word of Handke, no matter how delicate and subtle, sounds loud and reaches the farthest corners of humanity.
I am proud to say in front of you that they never managed to conquer defiant Serbia.
Each and every time I want to understand and perceive the human drama of our people in Kosovo and Metohija, I reach out for one of the books from the Serbian cycle by Peter Handke.
On one occasion, speaking about the March pogrom, I quoted his thought: "Velika Hoča is a place with God's blessing, but a lot of unhappy people. And that's why, to understand, I come often. I like to talk and drink wine with these people." Peter Handke has a full moral right to this statement because it comes from personal experience. 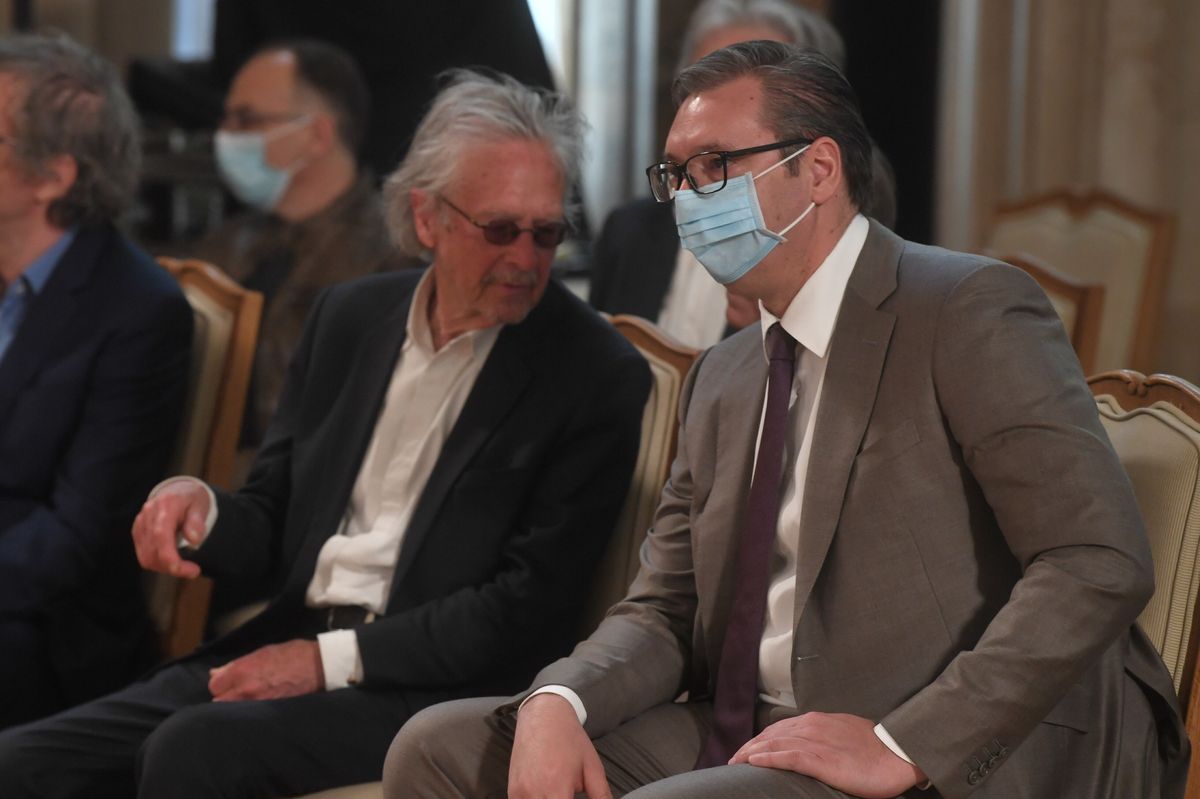 Searching for the truth, the great Peter Handke wrote: Justice for Serbia. It is this writer's apologetics, I hope, that is responsible for the delayed Nobel Prize, which he deserved at the end of the last century.
The themes that Handke deals with are the themes that process and shape our lives. He describes most subtly the disappearance of the family, human alienation, introspection, as well as the greatest disease of modern man - the lack of communication.
His anthological translation of Dis's She May Be Asleep, whose original manuscript he donated to the City Library in Čačak, is a permanent monument to Serbian poetry.
The Serbian people are happy to include Handke among their friends. Our people have never needed better ones.
By accepting our Order, the writer makes a great honour to Serbia. By awarding this most important Order, Serbia shows its gratitude to academician and friend Handke.
I congratulate you and thank you very much for everything you do for Serbia and the Serbian people," said President Vučić in his address. 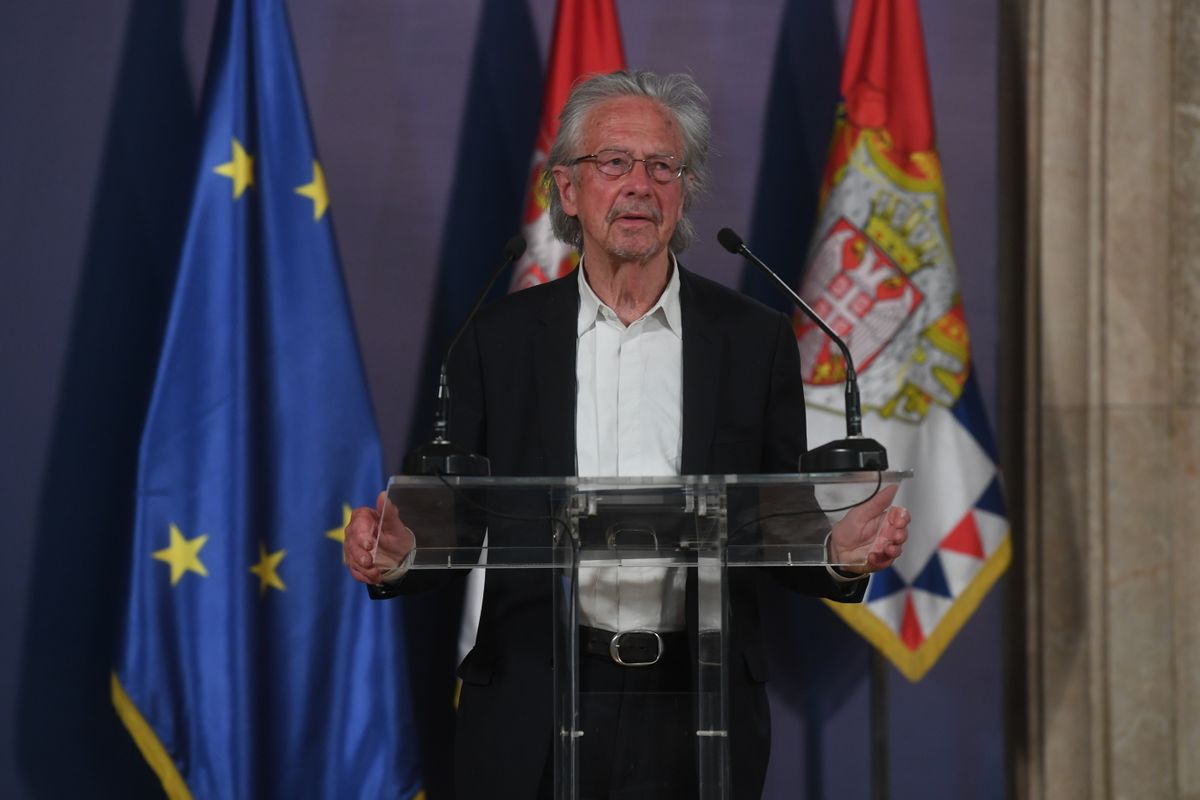 Prominent writer and winner of the Nobel Prize for Literature, Peter Handke, said that he was not ready to receive such an important Order from the Republic of Serbia.
"I was absolutely not ready to receive such an important Order. I was told that I would meet with your President, I did not prepare any speech. But it is a reflection of my life, I was often not prepared in advance. When I think of Serbia, I always think of the fresco of the White Angel. I have one copy at home and whenever I remember Serbia, I look at that copy that points to an empty tomb, which says that Jesus was resurrected. I always remember Serbia fondly. Thank you for this Order", stated Peter Handke.
Belgrade,
9th May 2021
Share