President of the Republic of Serbia Aleksandar Vučić visited Čačak today, where he attended the marking of the production start of the new factory "Vorwerk & Sohn" and the opening of the Science and Technology Park. 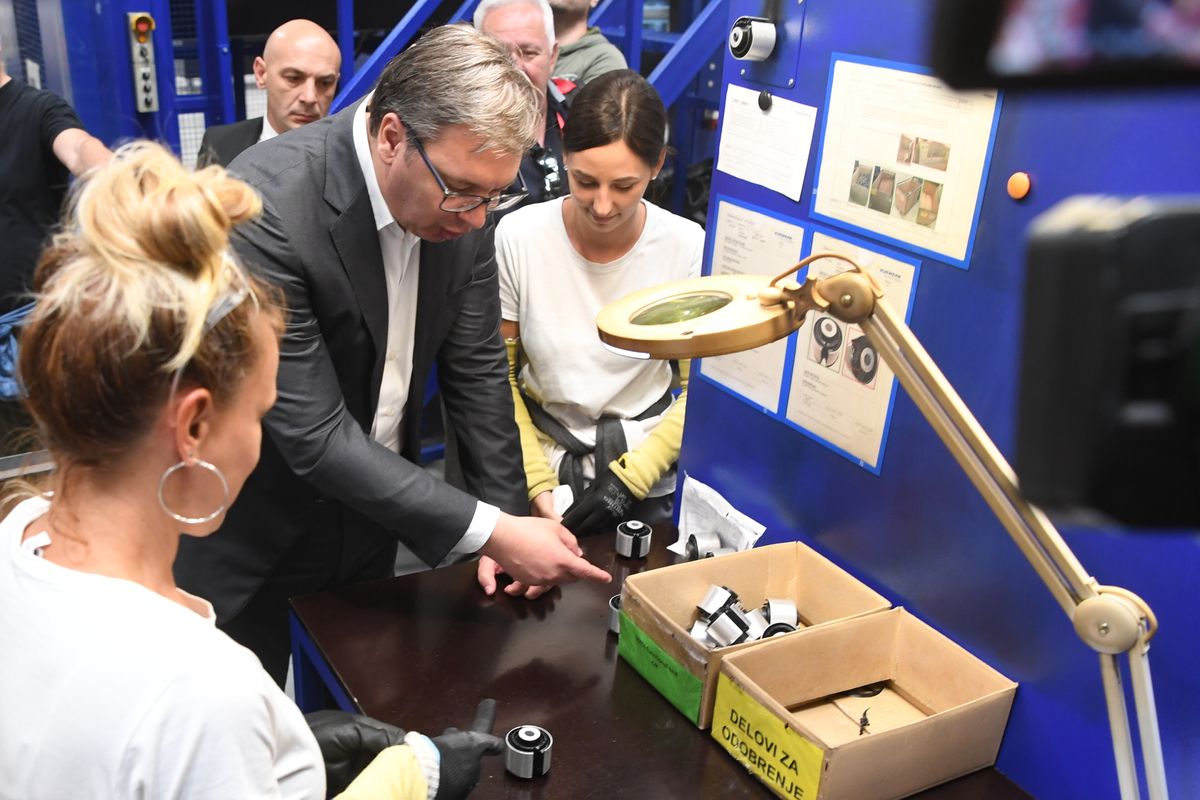 President Vučić visited the plants of the new factory "Vorwerk & Sohn" in Čačak producing parts for the most famous car brands and said that today is a big and important day for that city and the whole of western Serbia. The Vorwerk & Sohn factory, covering 43,000 square meters, will produce parts for the automotive industry, and by the end of the final phase - about 1,000 workers will be employed.
"This is a day that makes a difference. This is a day for the history of Čačak and western Serbia. There used to be a grassland here, today - there is a magnificent factory. There have been no investments here for decades," said President Vučić. 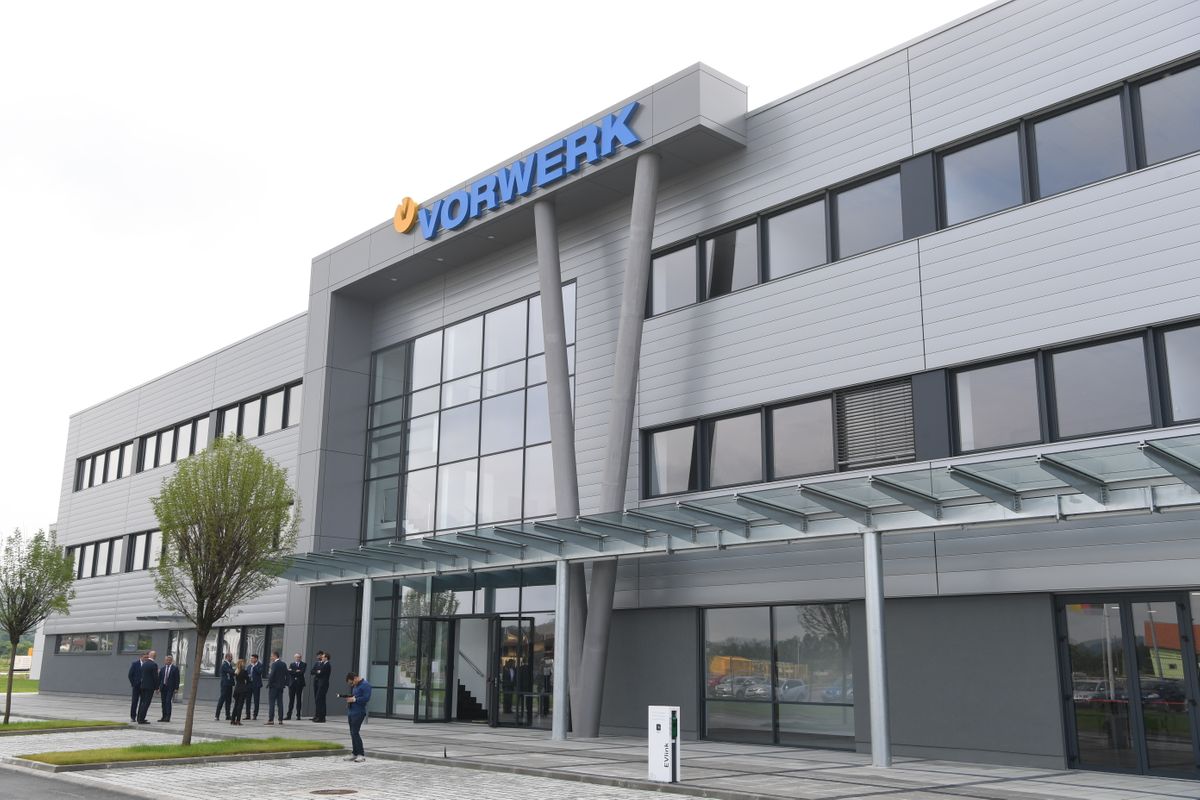 President Vučić pointed out that the investments in Čačak are the largest in its history and that the arrival of this factory is as vital as the construction of the "Miloš the Great" highway. He added that 176 people already work in the factory and that there will be more than 1,000 employees in the coming period.
"Čačak has a future, enabling young people to stay and live in Čačak, Gornji Milanovac, in the entire Moravica district. This proves that we can replace that one-way ticket - the Ibar road to Belgrade and further on to the west of Europe and encourage people to return to Čačak because they have a future here," said President Vučić. 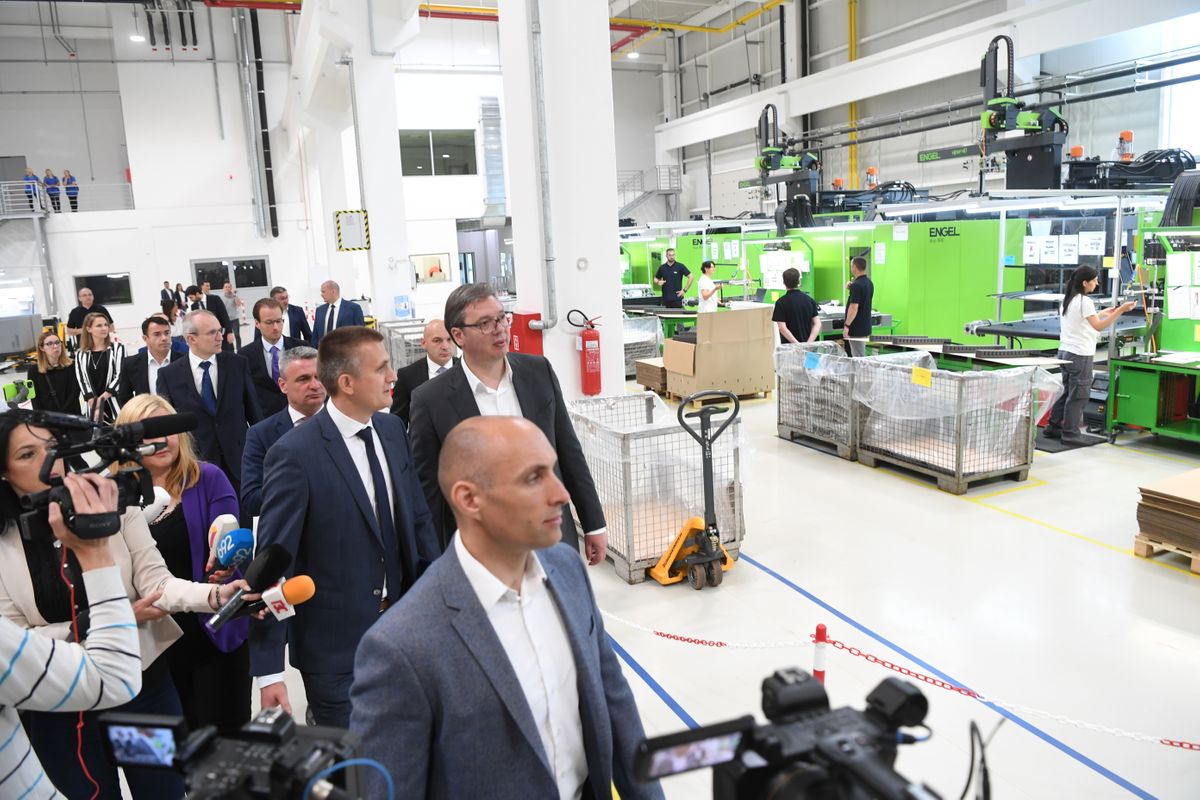 President Vučić said that Čačak will now have much more income for infrastructure projects such as sewerage system and for the roads' construction in the surrounding villages, i.e. for everything that had not been done in previous years.
"We have provided good conditions and not a small amount of money. Serbia paid heed and fought for this amazing factory. "We want that when you see "Porsche" - you know that these powerful and best cars would not exist without Čačak and the workers from Čačak, who made the links and other parts here," said President Vučić.
President Vučić expects that, when the situation with the coronavirus calms down, Serbia will have even more foreign investments, especially from Germany known to be a reliable partner that also comes to stay in the long run. 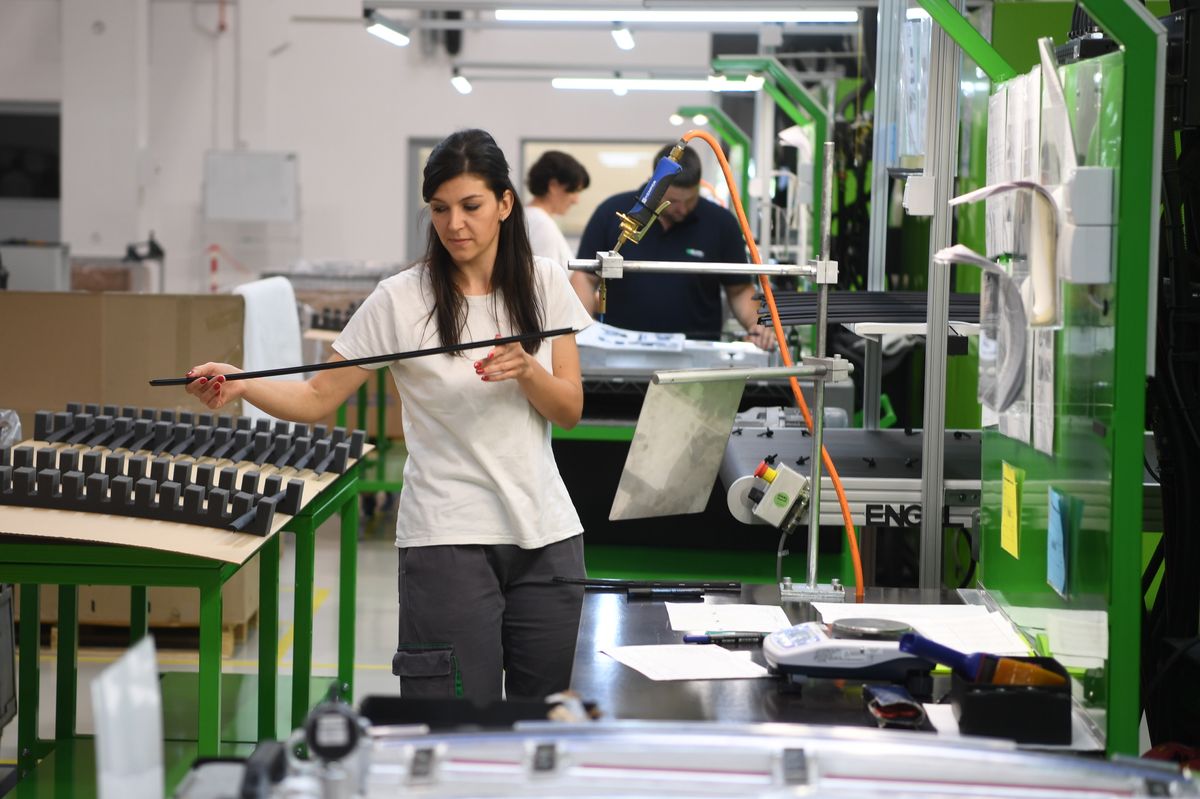 The President added that in addition to the airport and completion of the highway from Preljina to Požega, the construction of the highway from Čačak to Kraljevo is forthcoming, as well as the connection via Mrčajevci to Kragujevac.
"Čačak is becoming a hub and a central place in western and central Serbia. "Everything we had not done in 75 years, we are doing now," he concluded. 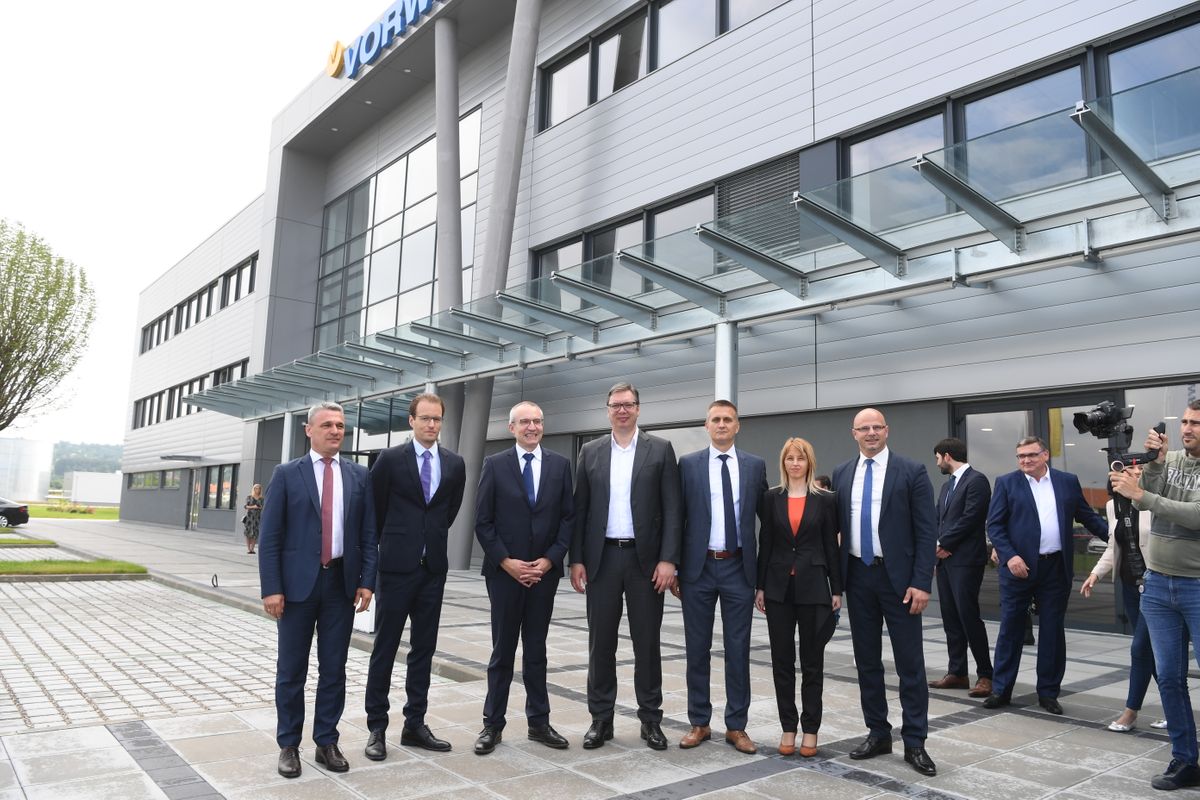 During the tour of the newly opened Science and Technology Park in Čačak, President Vučić got acquainted with the new technologies developed by young people from Čačak. He told them that the most important thing is that they are "hungry for success" and have a "tiger in their eye" and that he is pleased to recognise that in them.
"It is nice that we have more and more places like this in Serbia. I am happy for these children and their professors who engaged in science as they can develop and advance here," said President Vučić. 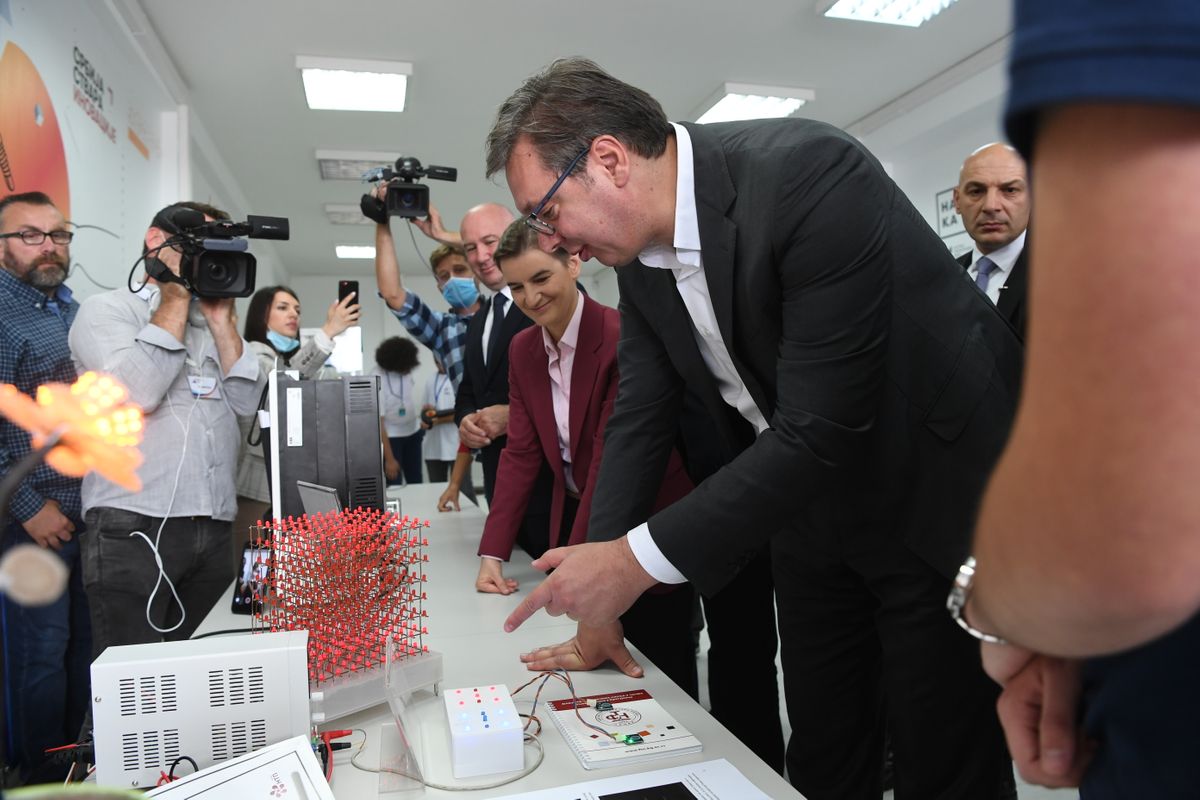 Young innovators from Čačak told the President that they now have the opportunity to see new technologies and learn, while before they could only do so in Belgrade.
"Everything changed! We have changed! From a paradigm of failure, we have together created a paradigm of success and hope that we can be even stronger in the future. There is no future for Serbia without digitalisation! That is the Serbia we are fighting for," said President Vučić. 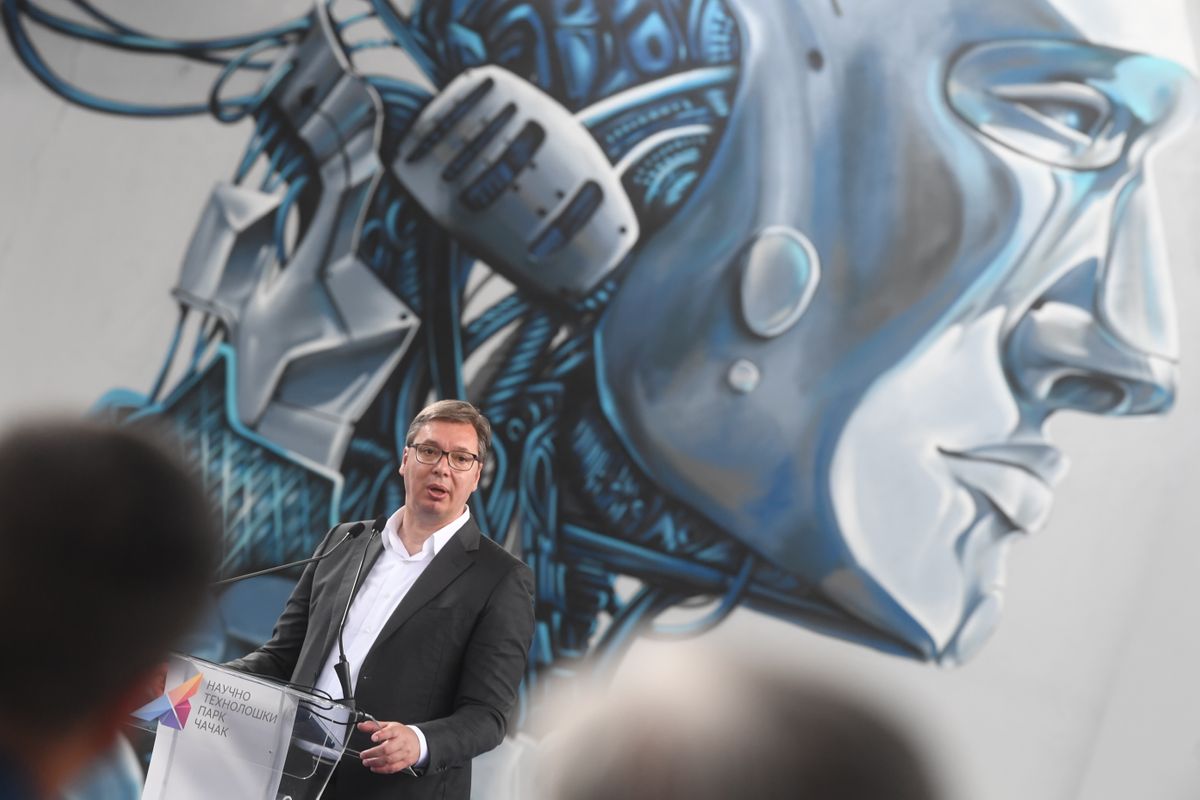 The President said that he sees in young people that audacity and hunger for success, as well as the desire for knowledge and to be better than others, and told the young innovators that the state would help their projects as much as it can.
The NTP opening n Čačak was also attended by the Prime Minister Ana Brnabić, and Ministers Mladen Šarčević and Nenad Popović. 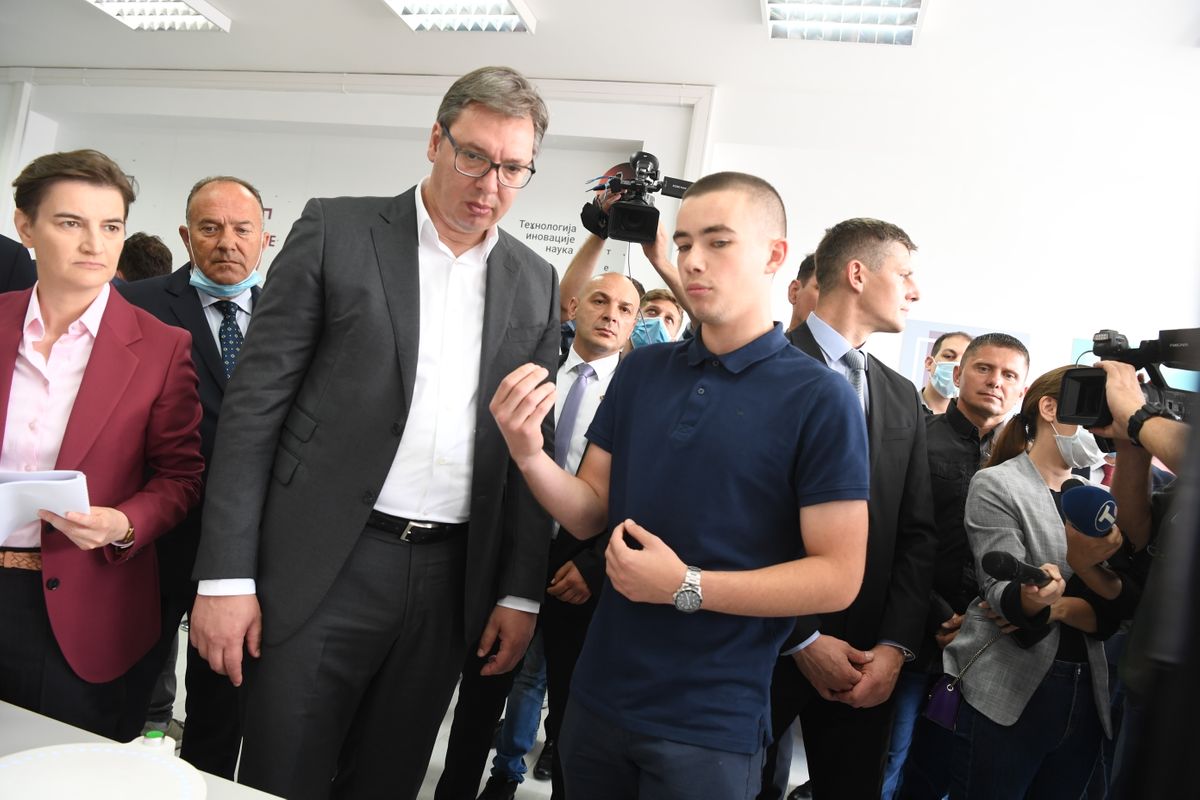