President of the Republic of Serbia Aleksandar Vučić visited today the commencement of works on the construction of the fast road Lajkovac - Iverak to connect Valjevo with the "Miloš Veliki" highway and said that when it is completed, it will take about an hour or less from Valjevo to Belgrade.

"This means that investors will want to come to Valjevo, that we will be able to hire more people," said the President.
President Vučić reiterated that the Chinese partners promised the new road would be completed by the end of 2022, as well as the complete watercourse regulation.
"The construction of the Iverak - Lajkovac road to connect Valjevo with the "Miloš Veliki" highway is also vital for Valjevo, Lajkovac, Mionica, Ljig and the entire Kolubara district. Dreams are becoming a reality today," said President Vučić. 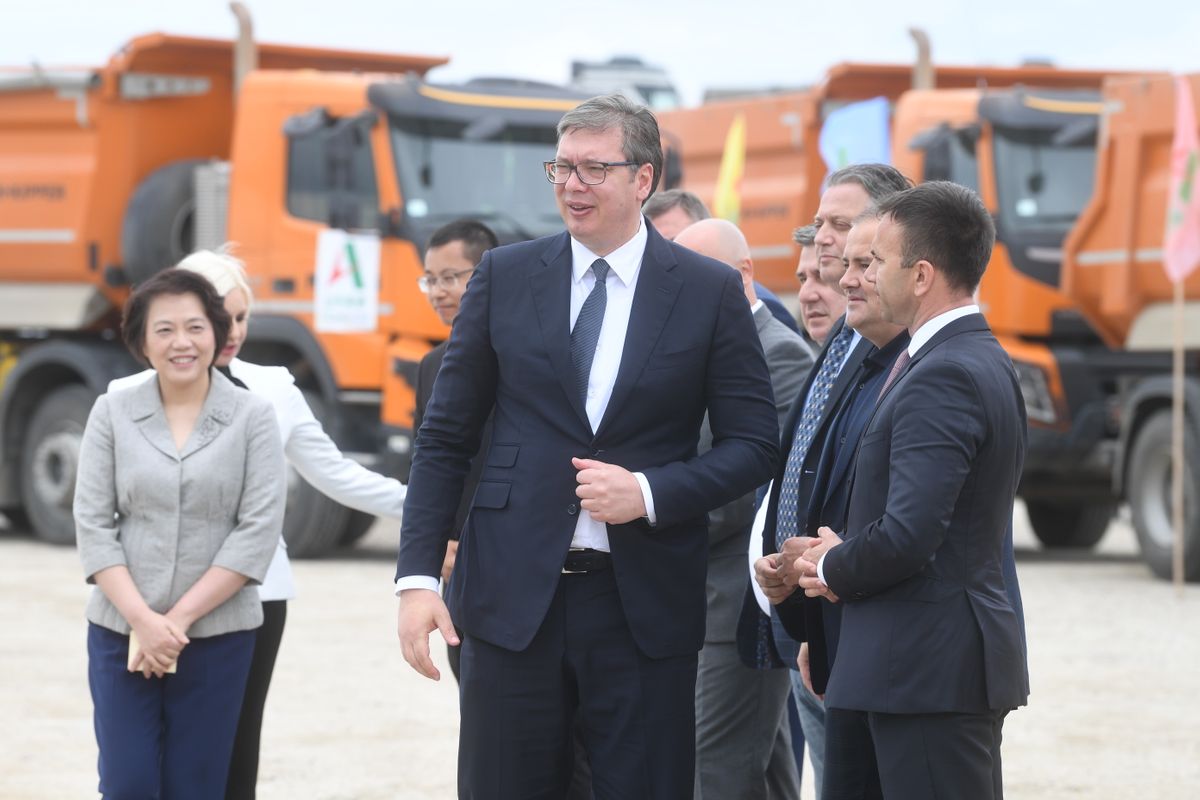 The hosts - Chinese partners from the "China Shandong" company - briefed President Vučić on the project and pointed out that this is a company that has been on the list of the 500 best Chinese companies for 13 years in a row.
The President wished the Serbian and Chinese workers engaged on the road construction to work well and diligently and to complete the works on time. 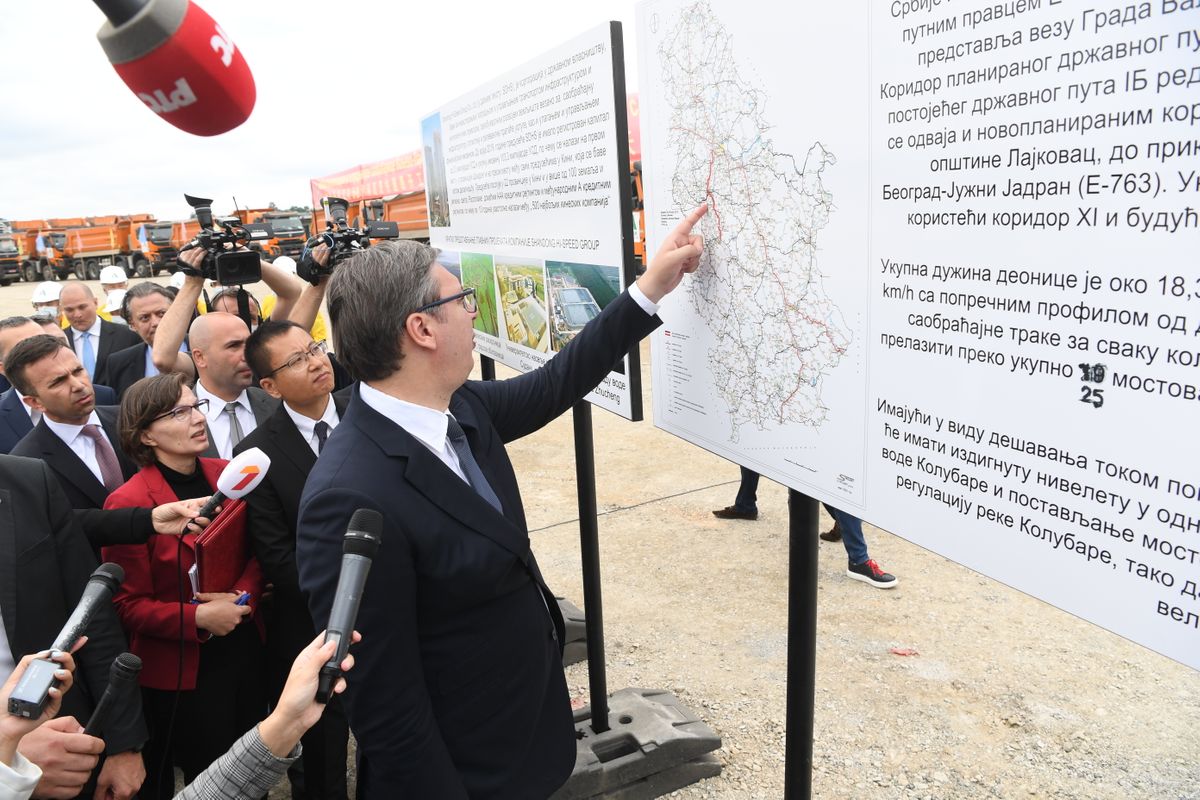 The total length of the section is 18.3 kilometres while the works - executed by the "China Shandong" company under the state agreement between Serbia and China - are worth 158 million euros.
The expressway will have two lanes in each direction and is designed for speeds of up to 100 kilometres per hour. 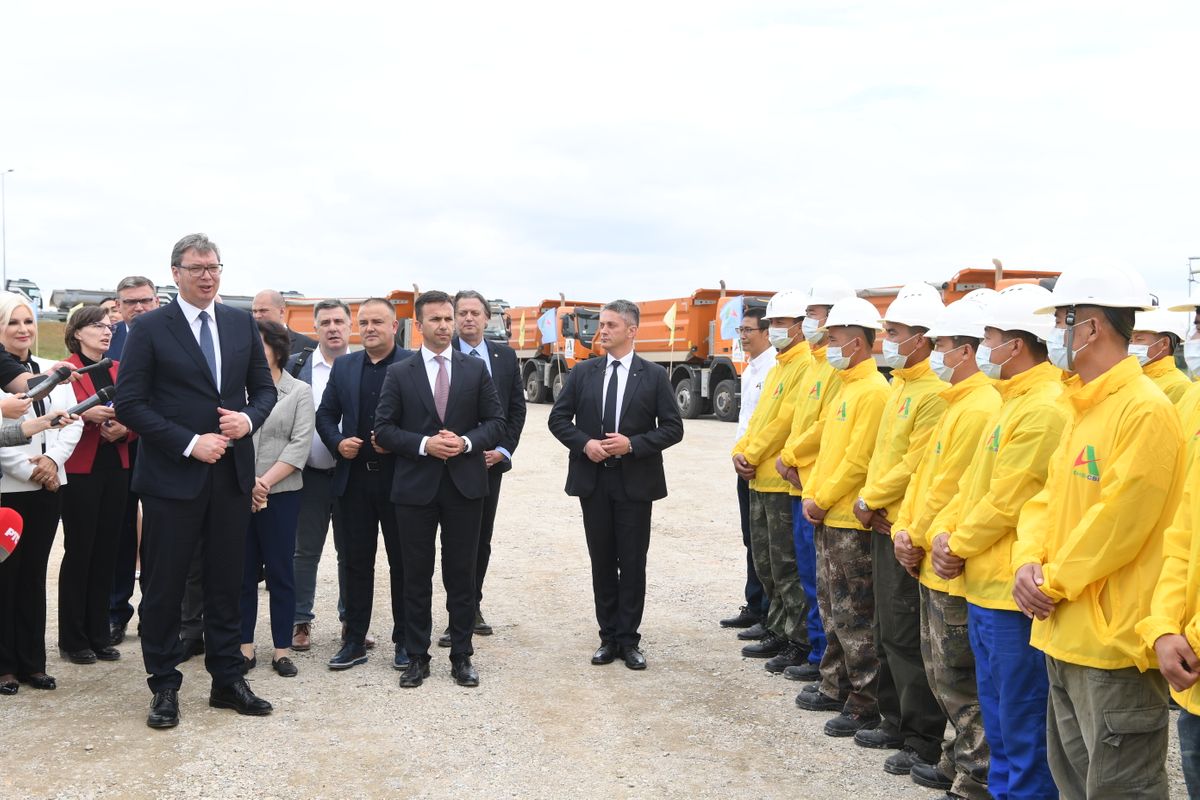 Part of this project is the complete regulation of the Kolubara river and watercourses to prevent further flooding of this part of Serbia.r
The commencement of the works was also attended by the Ambassador of China Chen Bo and the Deputy Prime Minister and Minister of Construction, Transport and Infrastructure Zorana Mihajlović, as well as the representatives of "Roads of Serbia" and contractors. 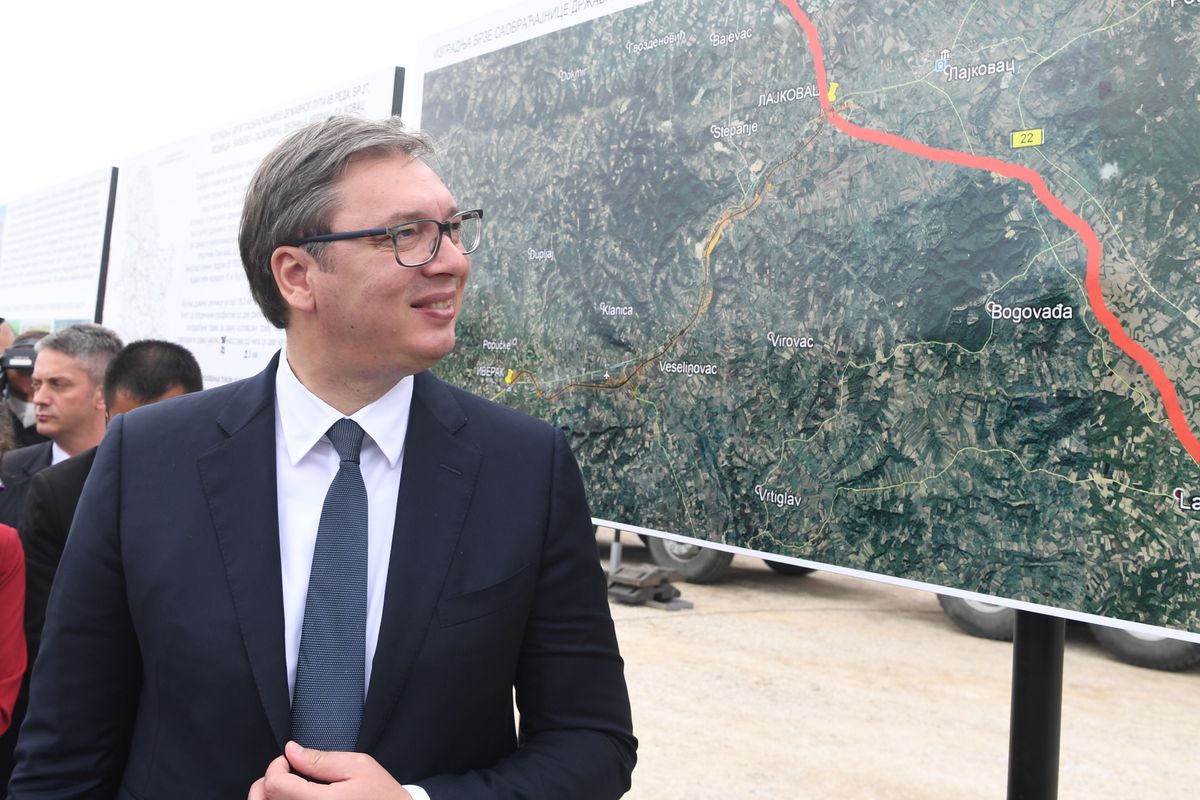