President of the Republic of Serbia Aleksandar Vučić visited today Mrkonjić Grad and Drvar - two municipalities supported by Serbia and where it intends to support further projects to improve the lives of citizens. 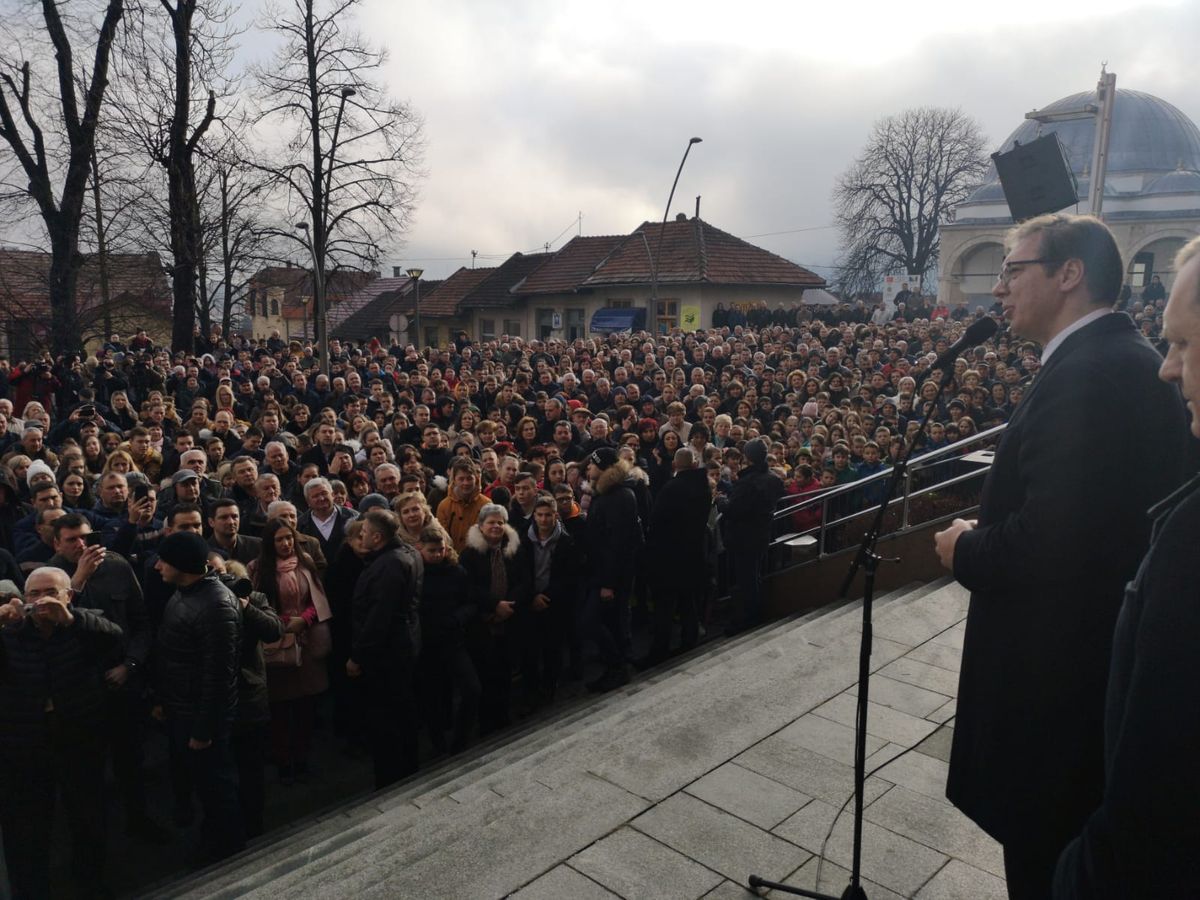 President Vučić thanked the citizens for coming to welcome him and said that Serbia is stronger today and that it will strive for economic development and support to its people.
"I want you to know that I am particularly proud to stand here before you as the President of Serbia. You came here not to welcome Aleksandar Vučić, but someone who represents Serbia today. For me, there is nothing better than seeing how much you love Serbia. As much as you love Serbia, we love the Republic of Srpska. We do not hide it and we will show it in every place and every day,” said President Vučić to the gathered citizens in Mrkonjić Grad.
President Vučić said he had come to help with a total of 300,000 euros, for the Secondary School of Mechanical Engineering and the Grammar School in Mrkonjić Grad, and announced that they will be equipped with state-of-the-art computers and CNC machines.
"We will invest more and make this school a representative facility for our children to have a future," he said. 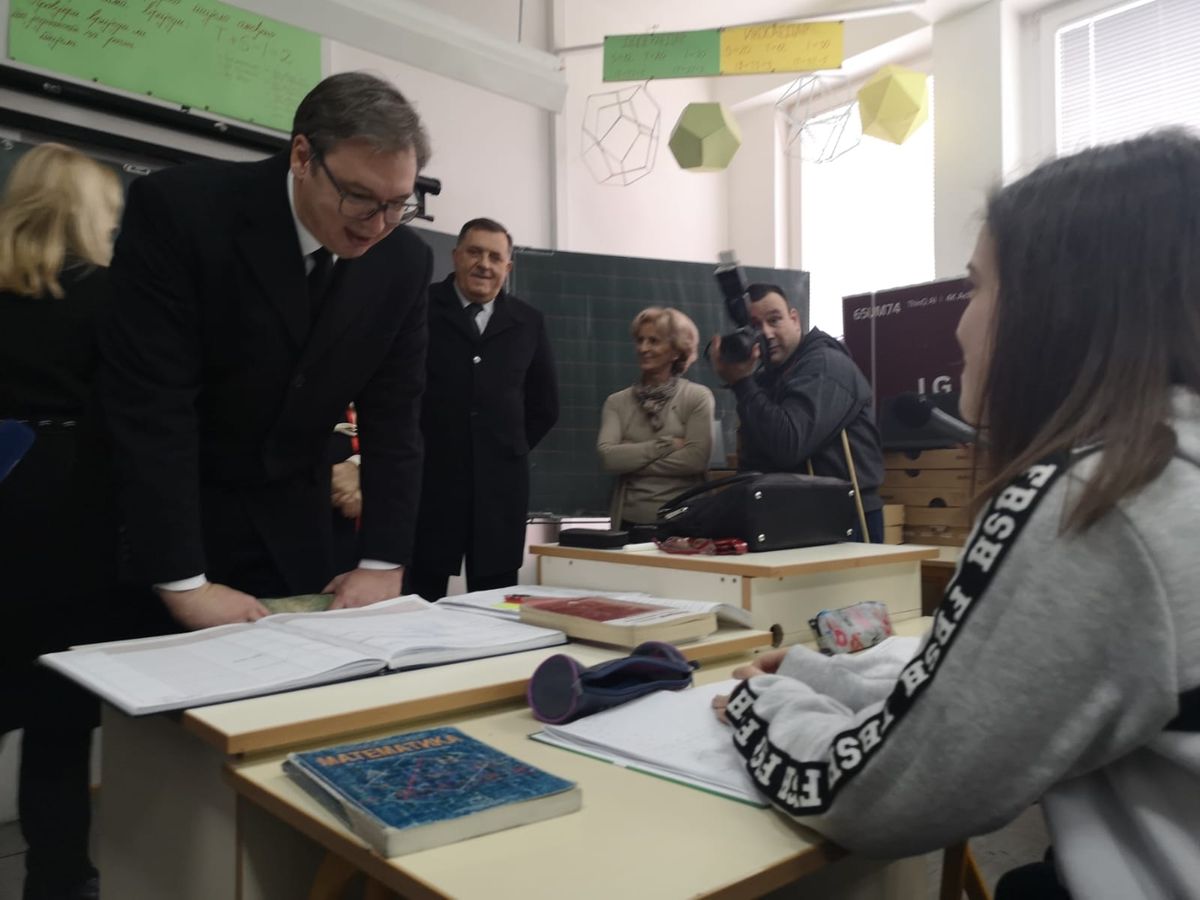 The President told the children that it was important for them to study and work, because "there is no free lunch".
"Not everyone needs to graduate from college. Graduate from this school and then go to work, be decent and responsible citizens of the Republic of Srpska, and above all - be responsible to your family. I am very proud and thank you for a wonderful welcome. I am always happy when I am with our people," said President Vučić, and noted that his father was born in Čipuljić near Bugojno not far from this town. 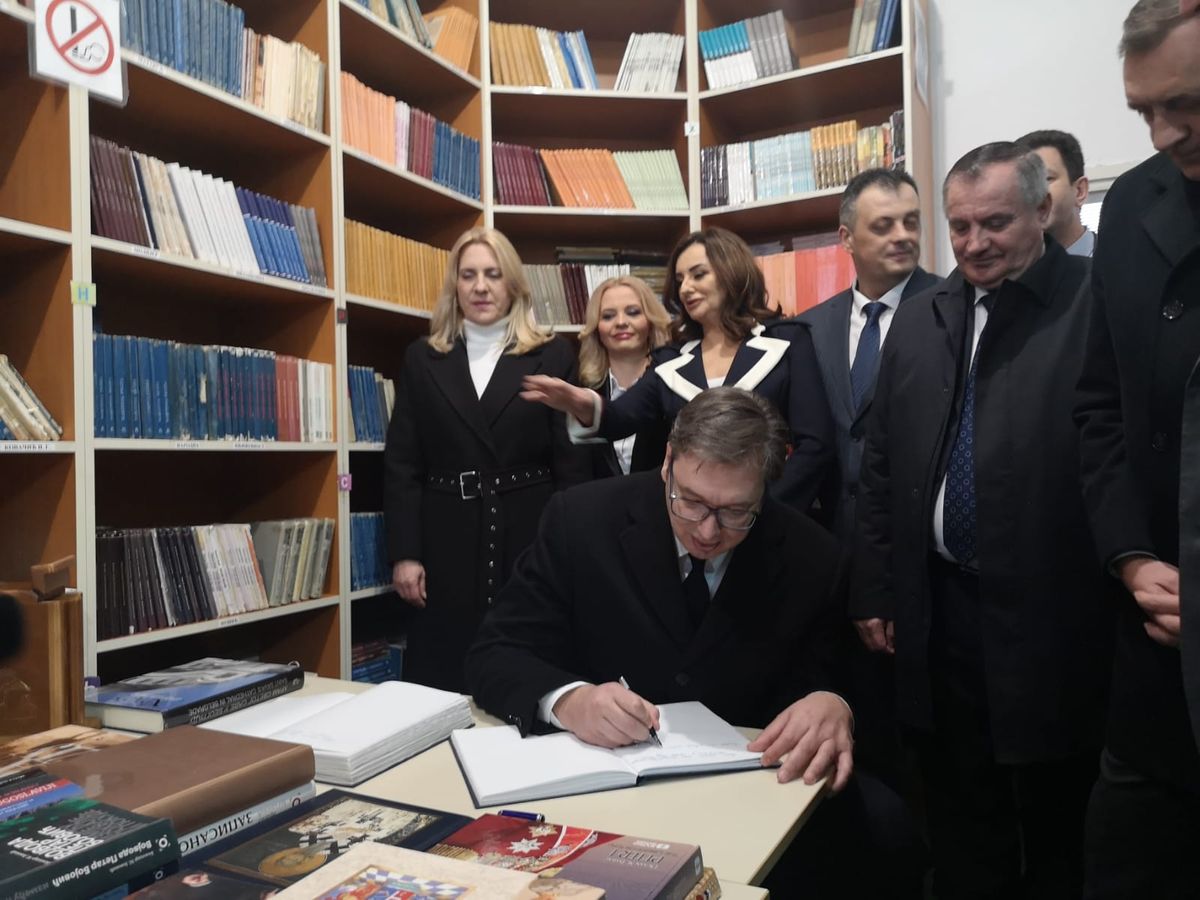 After talking with the municipality's management and businessmen of the area, President Vučić emphasised that specific support was given to the economy of the Republic of Srpska, through financial subsidies for private businesses, for the procurement of equipment and machinery.
"We want to encourage the survival of the people at their hearths and to help the further development of the RS," he added.
President Vučić emphasised that neighbouring municipalities of Šipovo, Jezero, Ribnik, Srpski Kupres and Novo Selo will also get support.
"The most important thing for me is that we work together. Thank you to Dodik and Željka Cvijanović for understanding the importance of preserving the collectivity of the people, of being together always," added President Vučić. 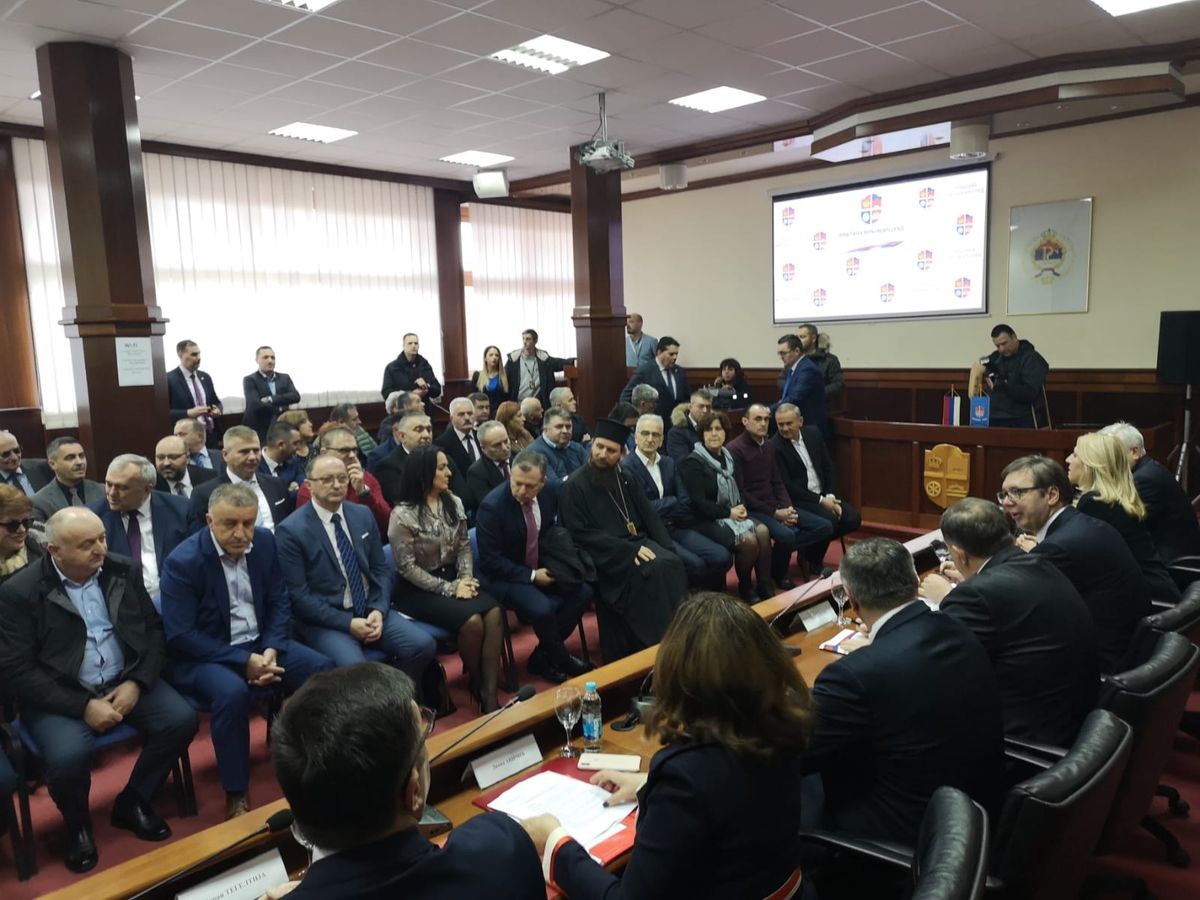 During his visit to Mrkonjić Grad, the President was presented with the Charter of Honorary Citizen with the Gold Symbol of that municipality, for the help and support he provided to the region.
The President thanked for the Charter to the representatives of Mrkonjić Grad, but first of all, as he said, to the citizens who welcomed him today in that town in the Republic of Srpska. 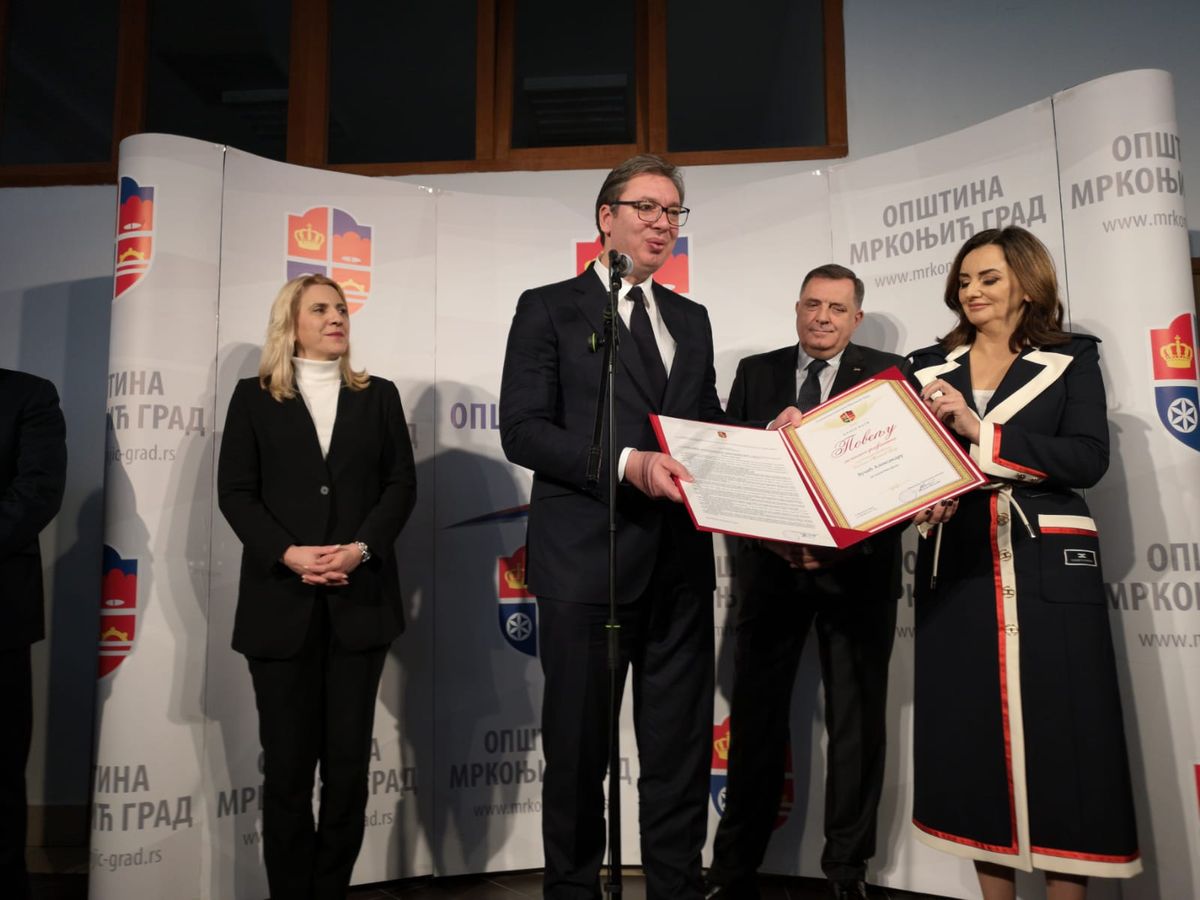 President Vučić also visited the municipality of Drvar, where he informed the assembled citizens that Serbia would continue to support this municipality in the future.
"Although we live in different countries, we know that we belong to the same people," said President Vučić. During the opening of the Komercijalna Banka branch, President Vučić indicated that what had been said a few months ago was being done and that this was not the end of Serbia's support. 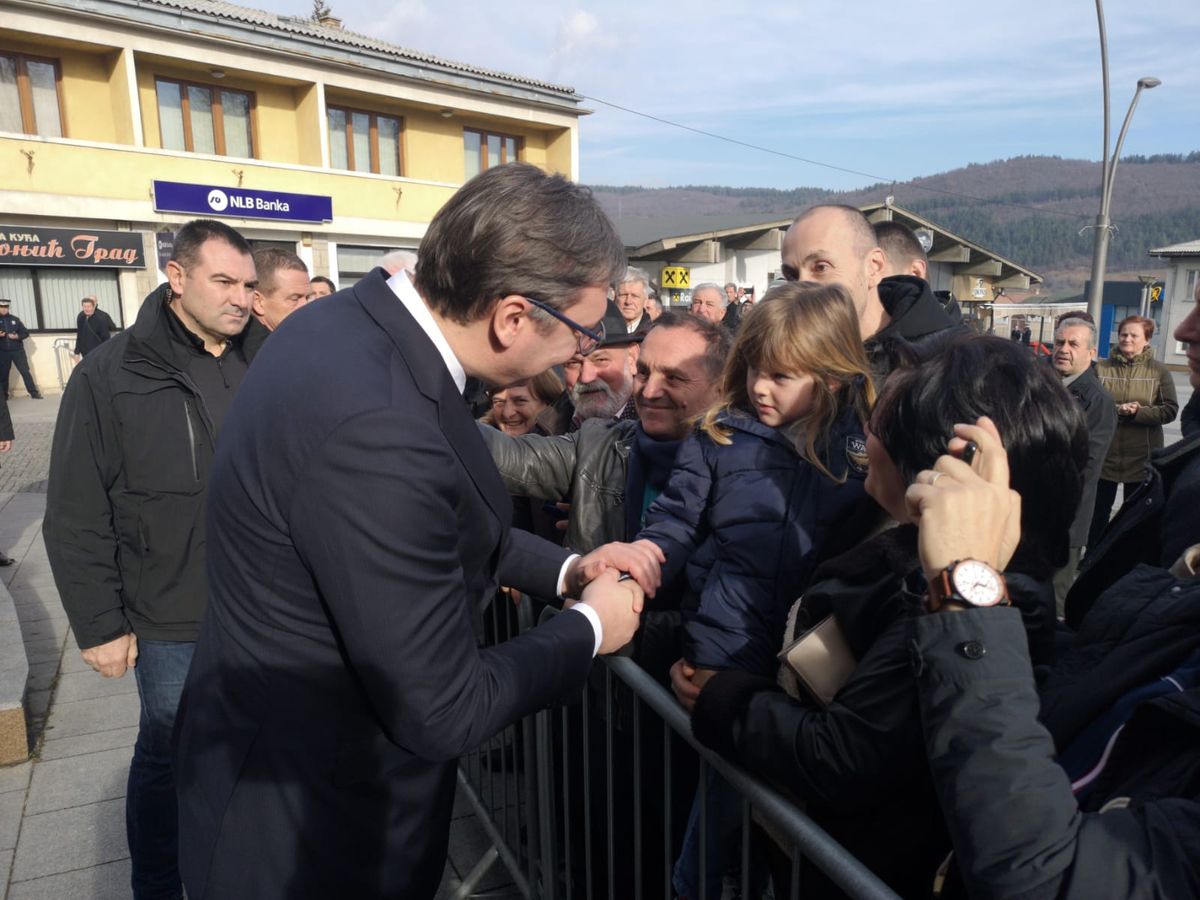 President Vučić and the Prime Minister of the Republic of Srpska Radovan Viškovic opened in Drvar a facility of the 'Jumko' factory from Vranje, which employs 80 workers and has been allocated 500,000 euros by the Serbian government for the construction.
"Today, these wonderful women work here. I believe they are happy. These salaries are not large, but they will increase, and they will approach the salaries in Serbia," said President Vučić. 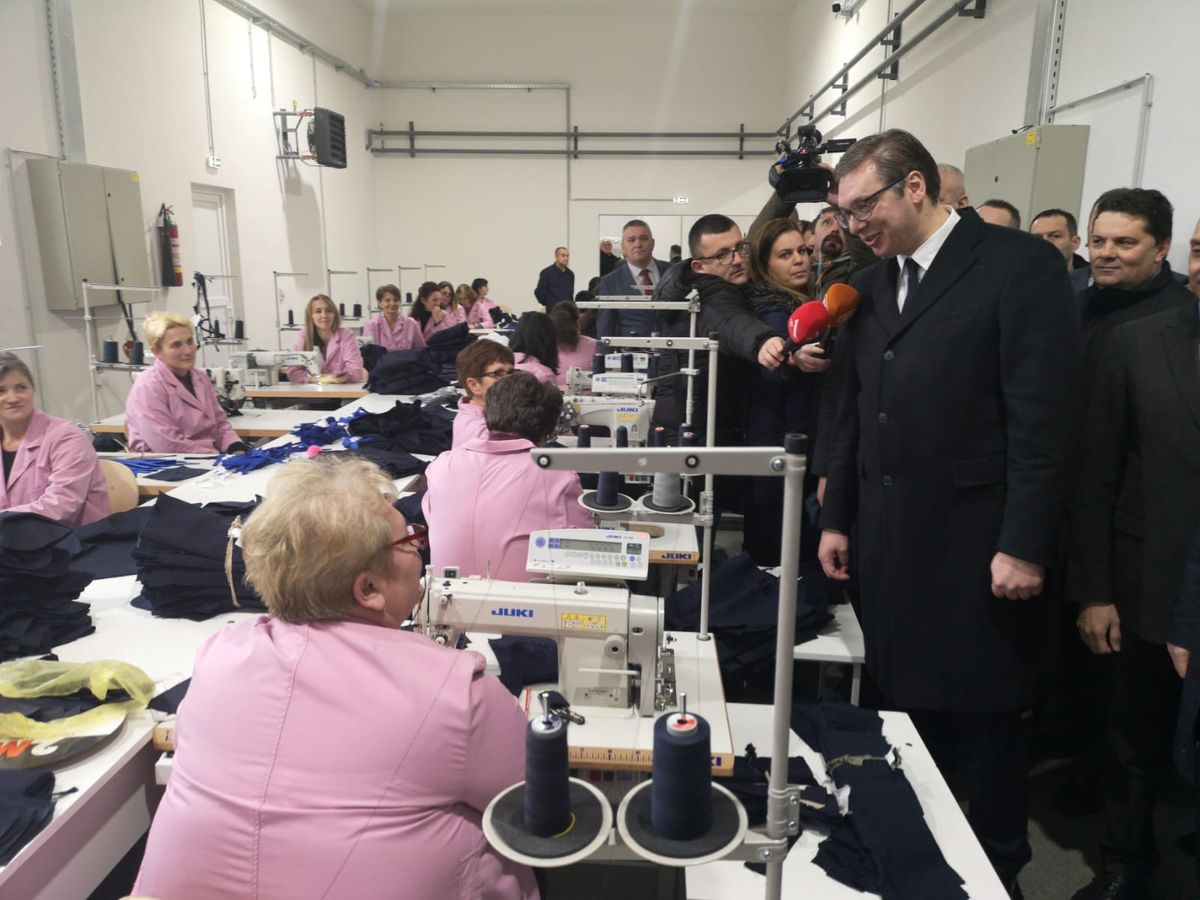 President Vučić said that with the help and support of Serbia every municipality in the Republic of Srpska has an important project - a health centre, a kindergarten or a school, and that money was allocated for assistance in the construction of the Foča-Tjentište road as well.
"We are helping everywhere. There is no municipality where Serbia has not built something or where it is not building something. That has never been the case. We can do that today because we have put our public finances in order," the President said.
President Vučić added that Belgrade-Sarajevo highway is being constructed as well. 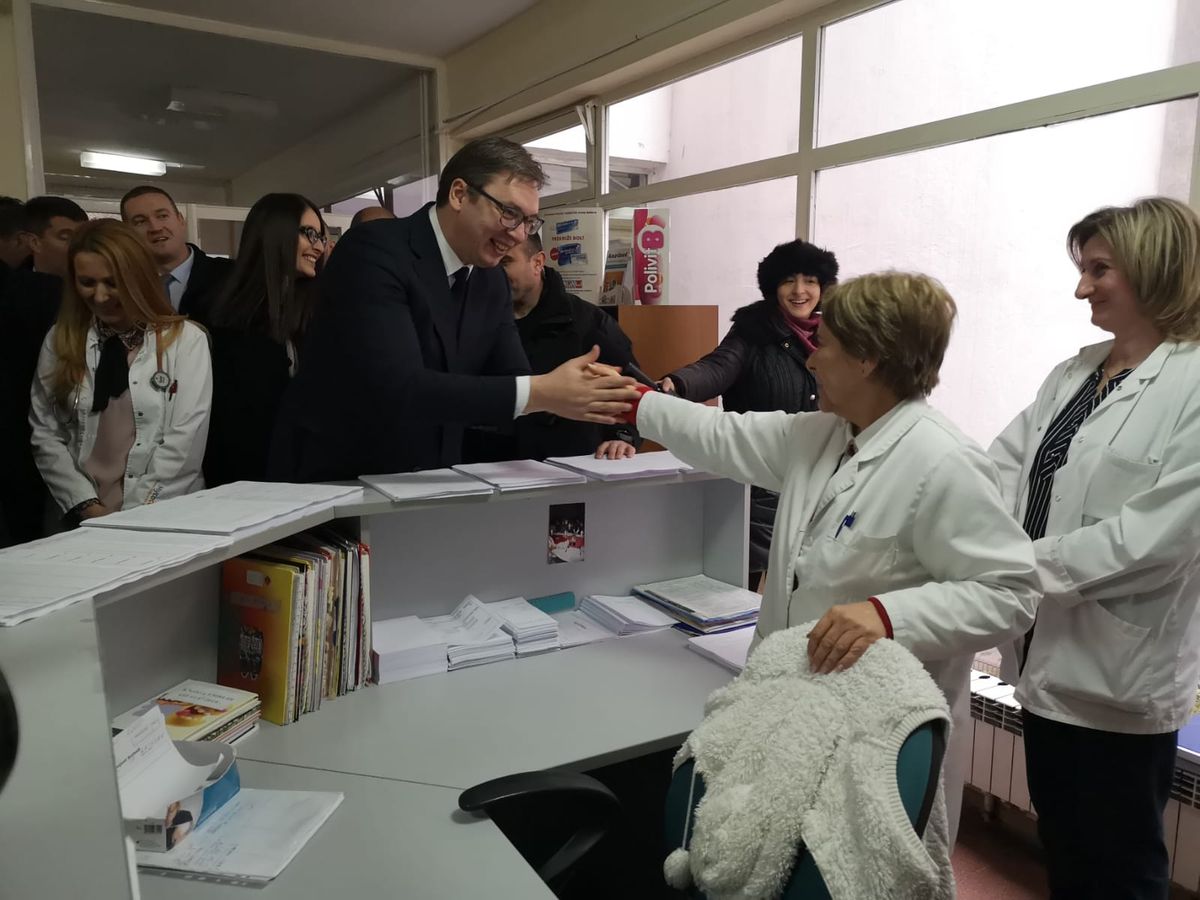 "We will continue to connect with the Republic of Srpska and with Bosnia and Herzegovina. It is important for Serbia, for all of our people, wherever they live. That is good and normal. I am convinced that the gratitude of these people will be an impetus for Serbia, with further economic growth, to help even more," said President Vučić.
At the end of his visit, President Vučić also visited the "May 25" Museum. 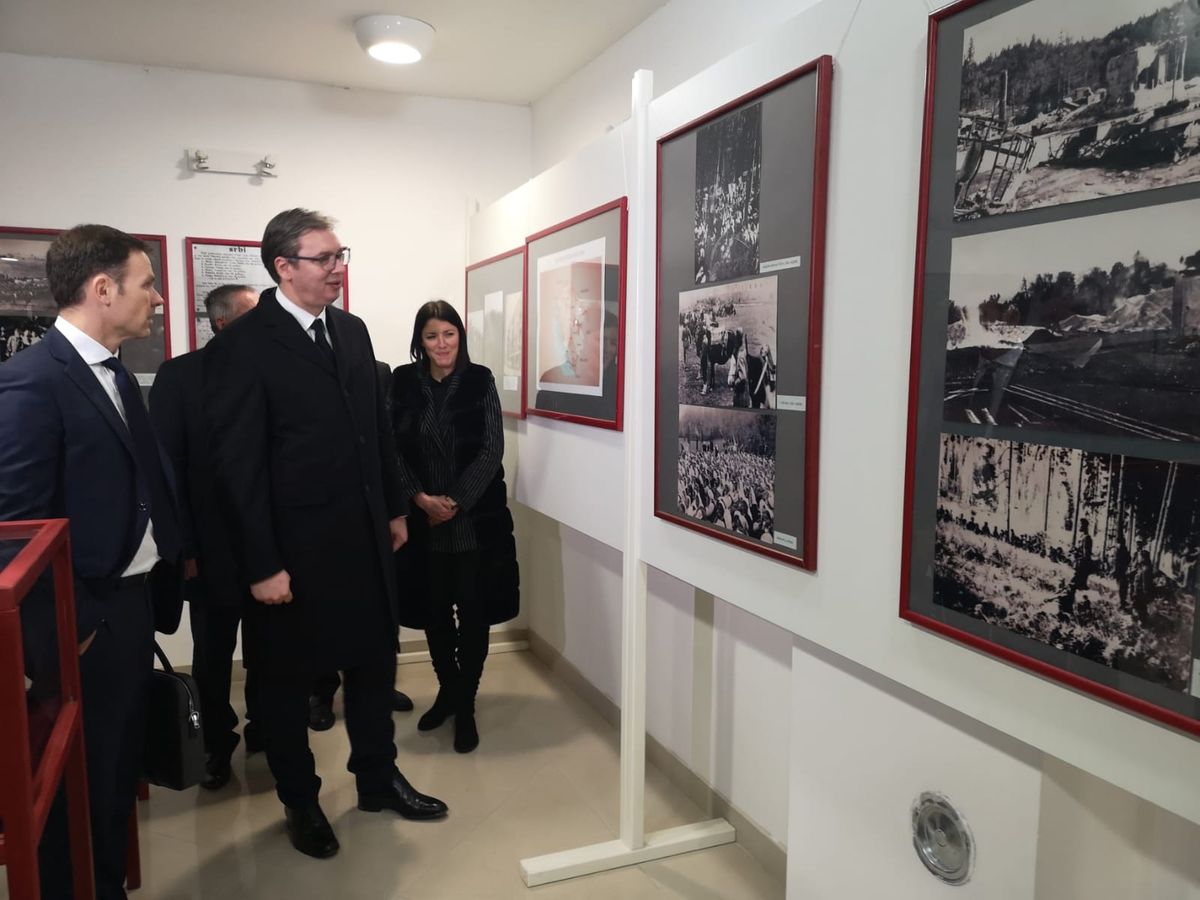