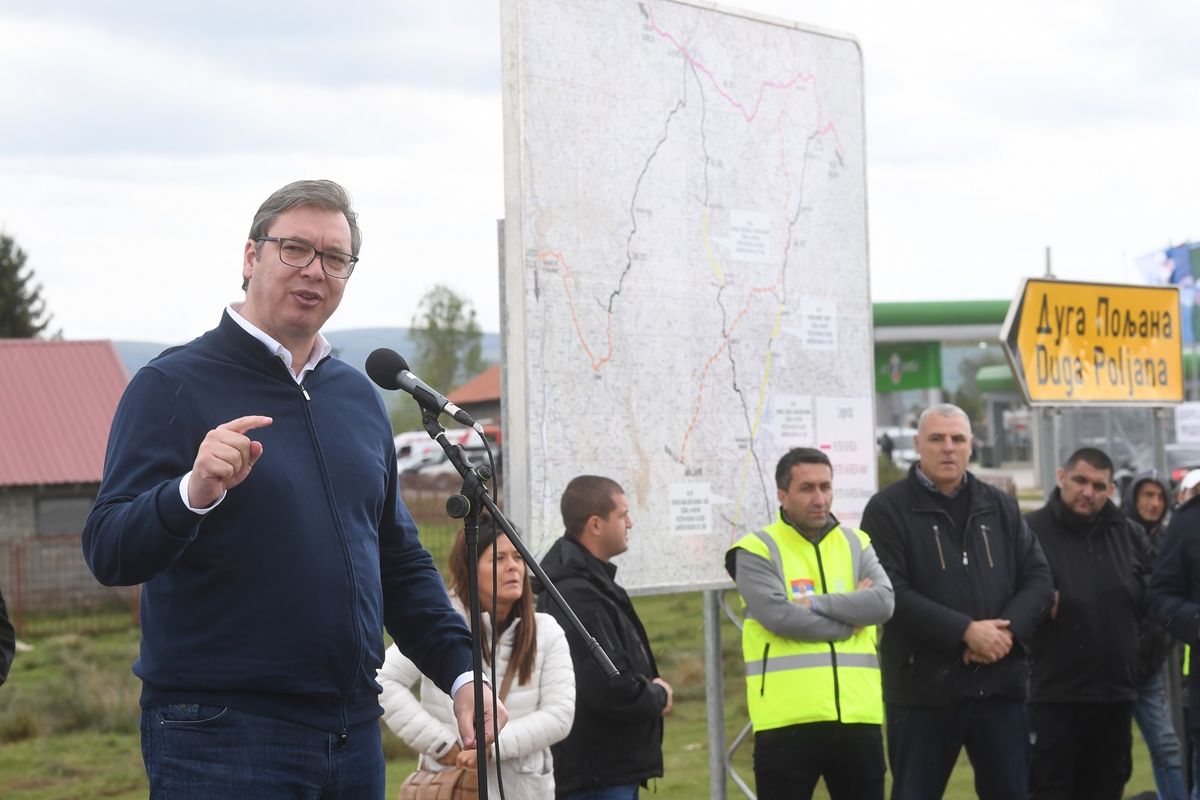 "This is your country and your homeland, stay here, you will live better," said President Vučić today to the people from Pešter, who welcomed him when he came to visit the works on the construction of the road Karajukića Bunari - Rasno, near Sjenica. He also announced the signing of a contract for highway construction from Požega to Brnjica and subsequently - to Boljare. 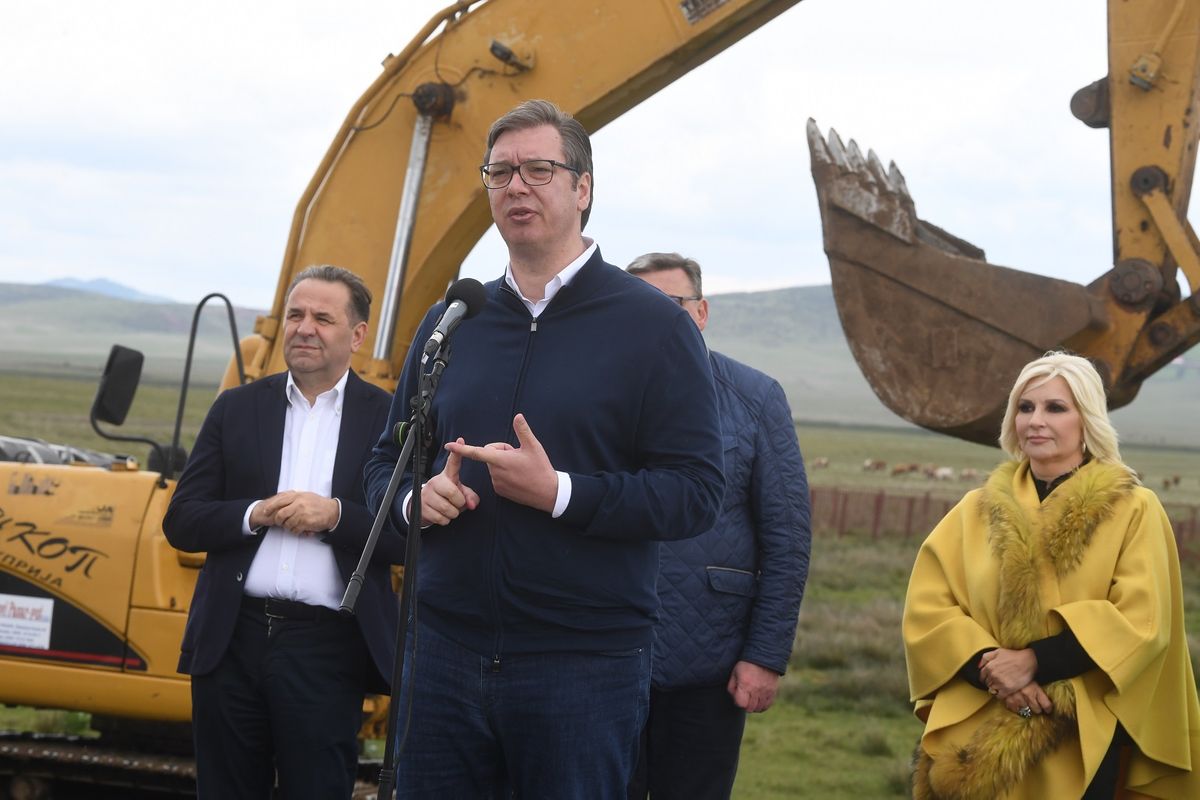 "Dear friends, thank you for coming here. I never travelled this way, although I thought I saw almost every single road in Serbia. I did not know how wonderful it is here, how magnificent it is here, how many good people live here, but also how much we have not done here in the last 70 years, and we had to do it. I came to tell you that we will build roads and complete infrastructure here, including water supply and sewerage system - everything you have never dreamed of. That what will come to Pešter will fundamentally change your lives, and it will change everything in this area. That will mean the arrival of investors, and then both Belgrade and Sarajevo will be close to you", said President Vučić and announced the reconstruction of the road Novi Pazar - Ribariće, as well as the road Raška - Novi Pazar. He stated that 95% of the road Sjenica - Aljinovići has already been completed and that another 43 kilometres of the road Novi Pazar - Sjenica remain to be finished. 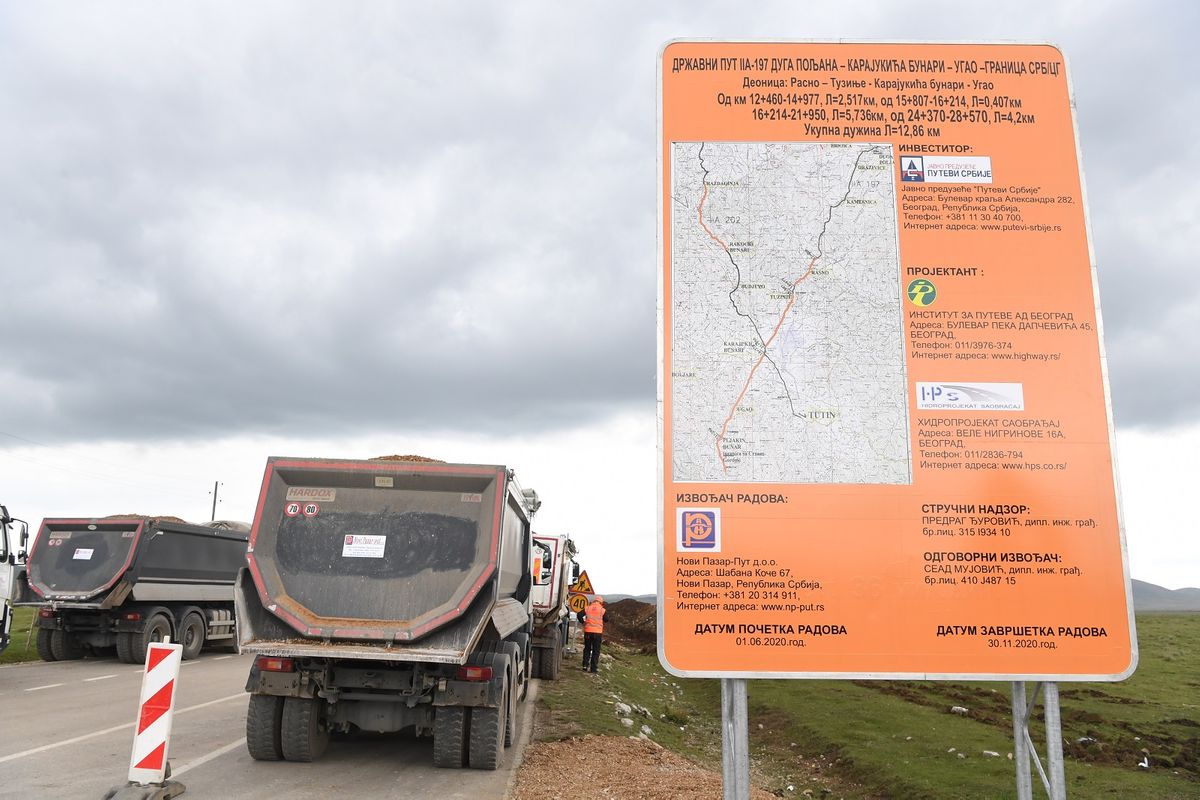 President Vučić also visited the works on the reconstruction of the Novi Pazar-Tutin road and noticed that various roads had been neglected for decades, but that this had changed in the last few years when new roads began to be built in Novi Pazar and that part of Serbia. After visiting the works, he said in his address that the Turkish contractor has obtained all the permits and will commence the works on the first six kilometres towards Tutin. 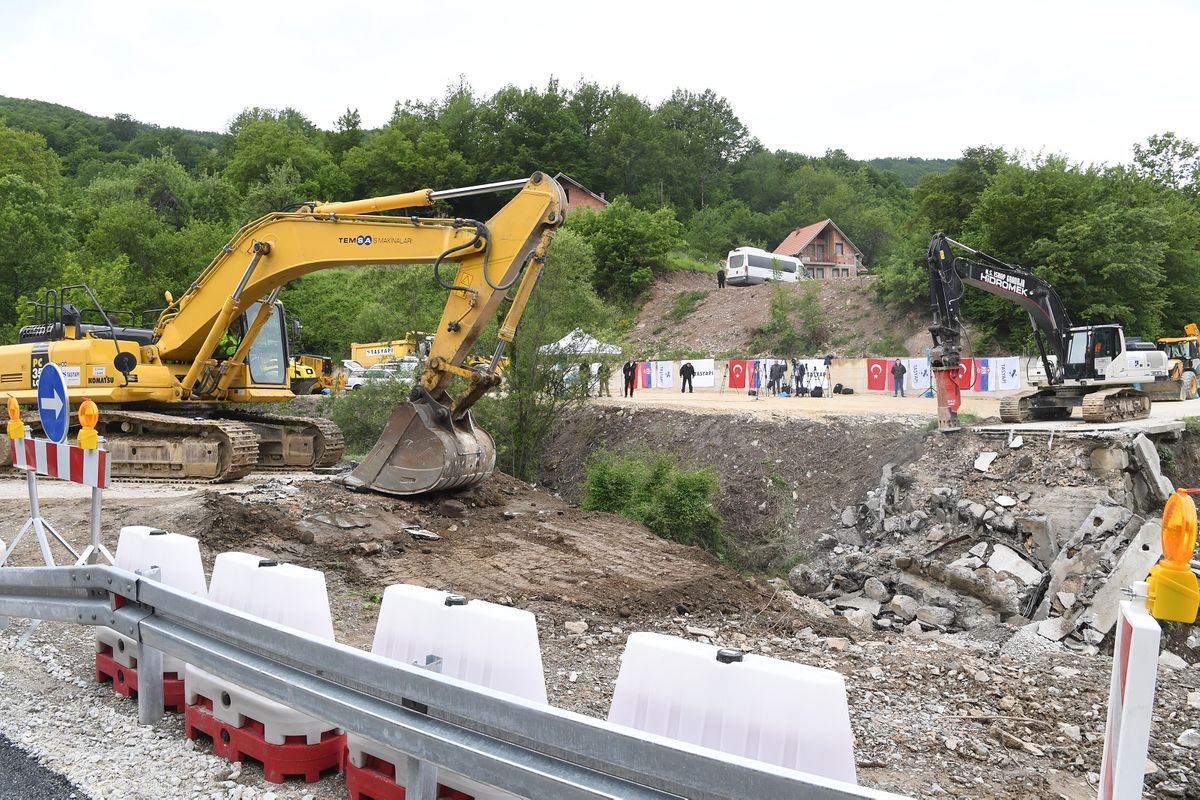 "We paid four million euros for the first phase, back in February. Now the works are about to commence and will not stop until they are finished. This is of great importance for us, and I ask the Turkish partners to do the job as soon as possible and as good as possible to the satisfaction of people. We want to make many changes in terms of building a road network in Pešter," said President Vučić. He emphasised that the state of Serbia has done a lot for Novi Pazar and that part of Serbia, and added that a lot had been done for the Novi Pazar hospital as well. 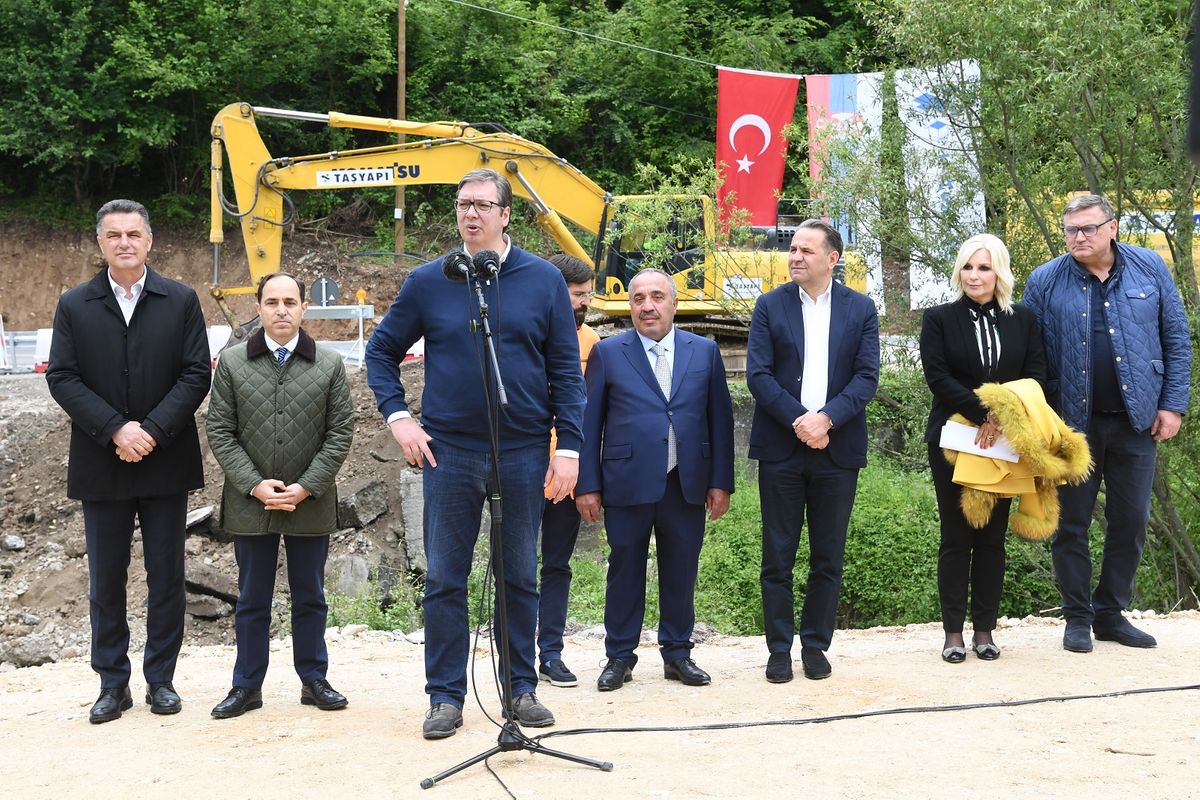 "We want people to see how much we care about them. We will also renovate the road Raška - Pazar, which will cost about 530 million dinars. We have already submitted a project to the tender for the fast road Kraljevo - Raška - Pazar through the Lilac Valley. After that, it will be possible to travel from Belgrade to Novi Pazar in merely two hours and 15 minutes. We have to change a lot more, to work even harder and harder. You have fantastic opportunities for tourism development", concluded President Vučić.
3rd June 2020
Share