President of the Republic of Serbia Aleksandar Vučić visited Požega today, where he attended the opening of the food industry factory "Budimka d.o.o Požega" and visited the works on the highway E-763, Preljina - Požega section. 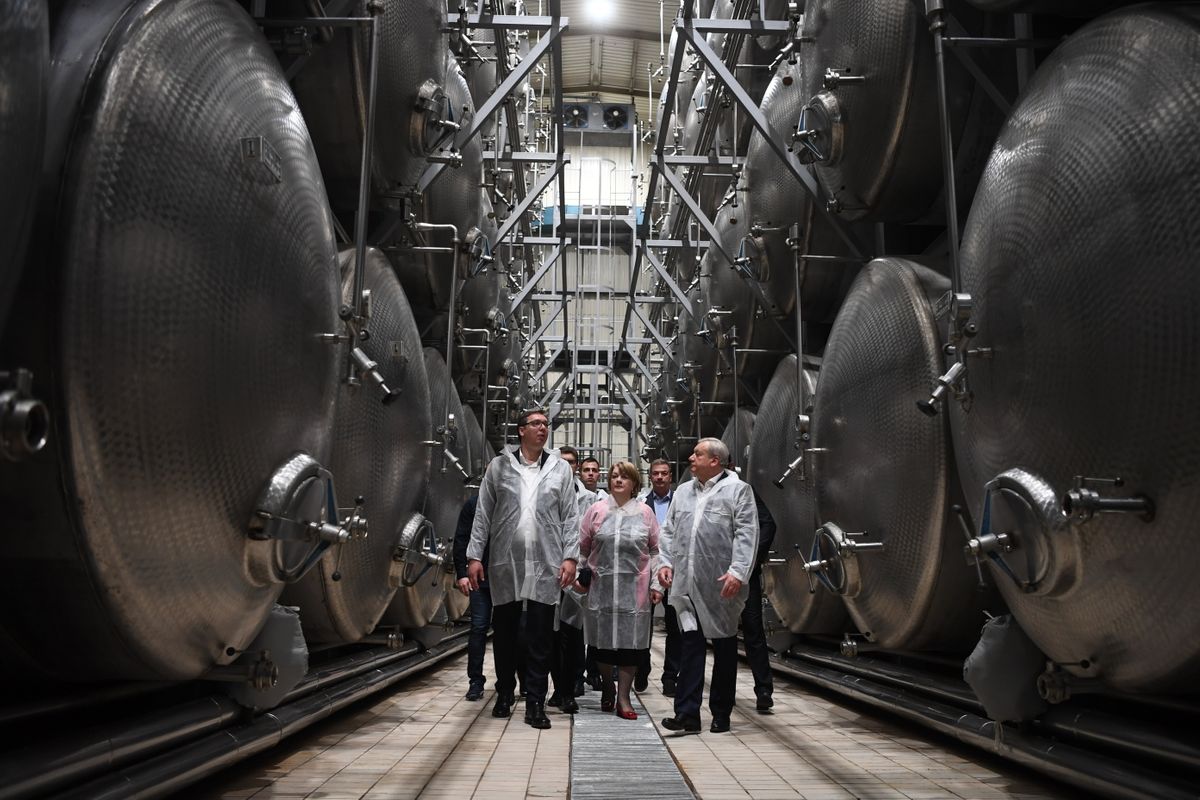 During the tour of the recommissioned food industry factory "Budimka Požega", President Vučić said that 'Budimka' is an exceptional brand and a symbol of the rise of Serbia.
"Budimka is a symbol of our recovery, a symbol of rising Serbia like a phoenix from the ashes. The workers you see are mostly those who used to work in this factory. This is a great success for Serbia, and the Marković family has restored hope that 'Budimka' will be what it once was," said President Vučić.
President Vučić tried its first products - jams, and he was especially interested in the mixed jam, which he said was once the best in the former Yugoslavia. 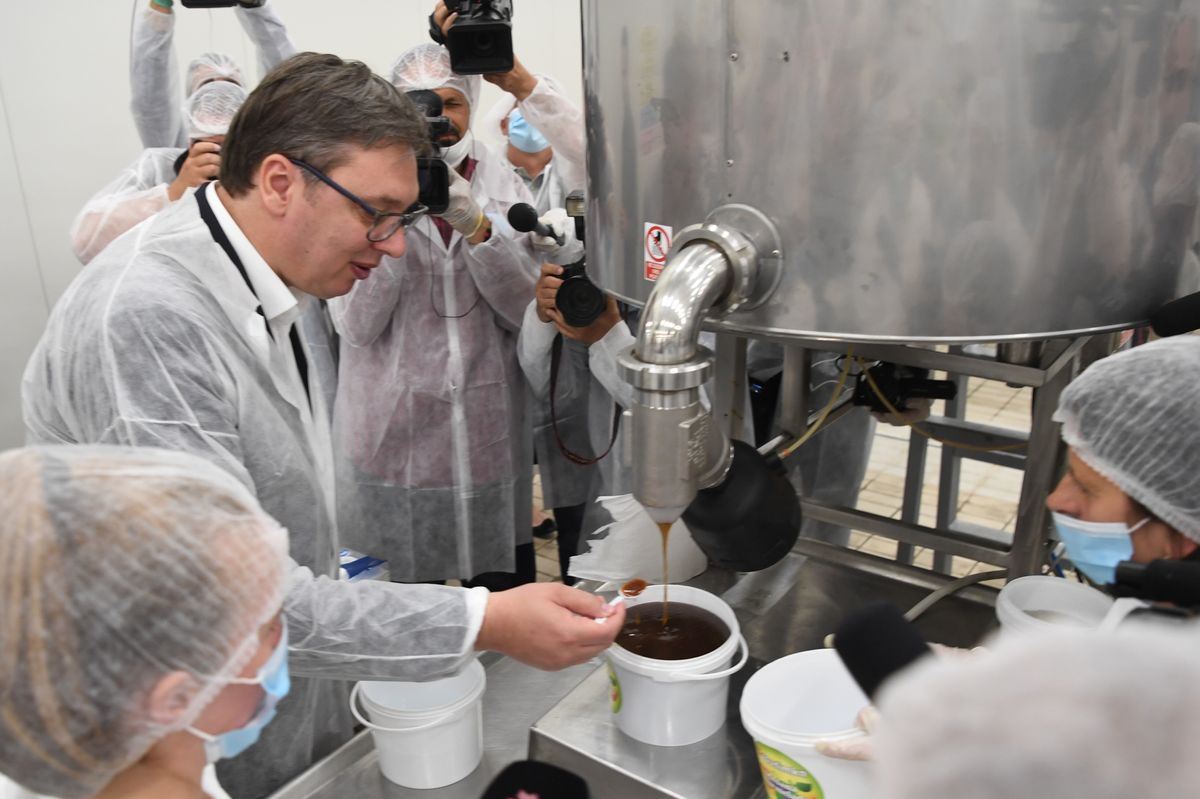 President Vučić noted that 'Budimka' was privatised in 2008 and then went bankrupt and that at the end of November last year it was sold to the company "ITN Group", which deals with innovations in agriculture and production of frozen fruits and vegetables.
"'Budimka' is an exceptional brand, and I am truly delighted. It is important when you start raising companies from the complete collapse such as 'Srbijanka', 'Budimka', 'Džervin', 'Zlatni delišes' and everything else we had. Then people can understand that we can do everything," emphasised President Vučić and wished 'Budimka' a lot of success. 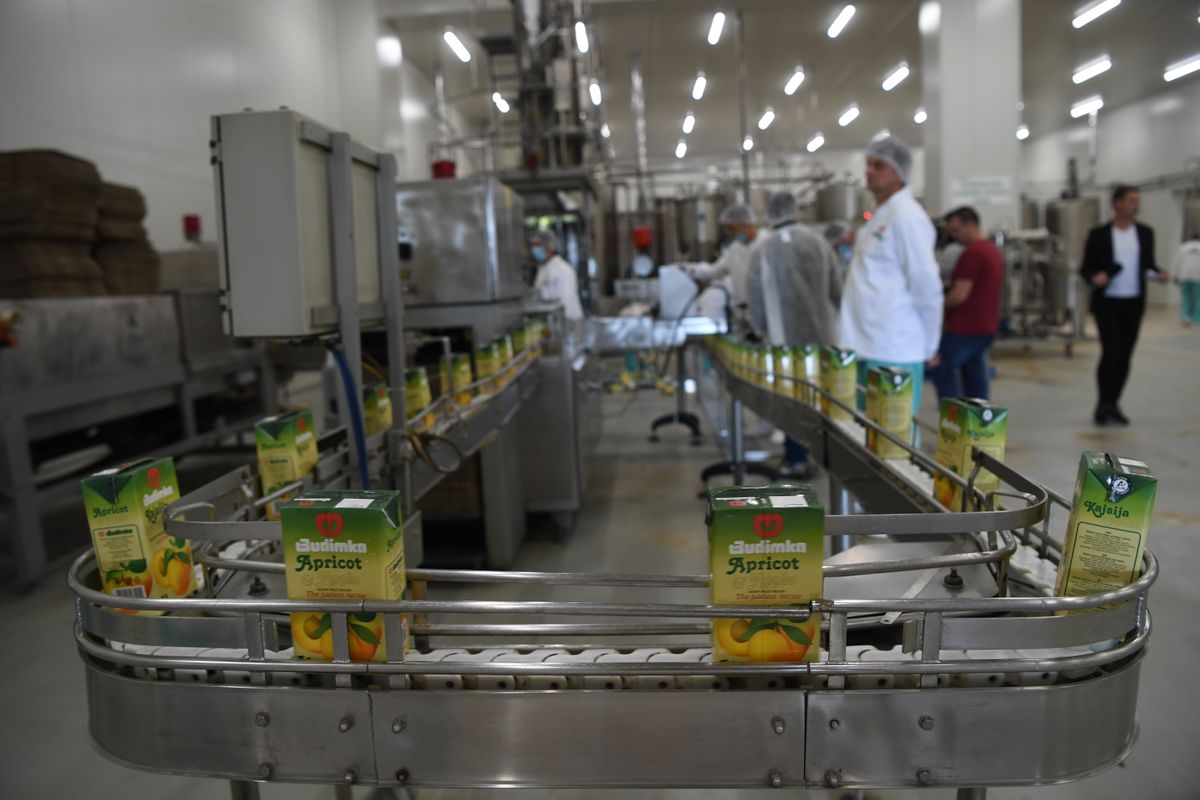 President Vučić also visited the works on the construction of the Laz tunnel near Čačak, a section of the future highway from Preljina to Požega to be the longest tunnel in Serbia, with almost three kilometres in length.
"This is currently the longest tunnel in Serbia of 2,850 meters and certainly the most difficult to build. I am grateful to our Chinese friends for the speed and quality of work," said President Vučić. 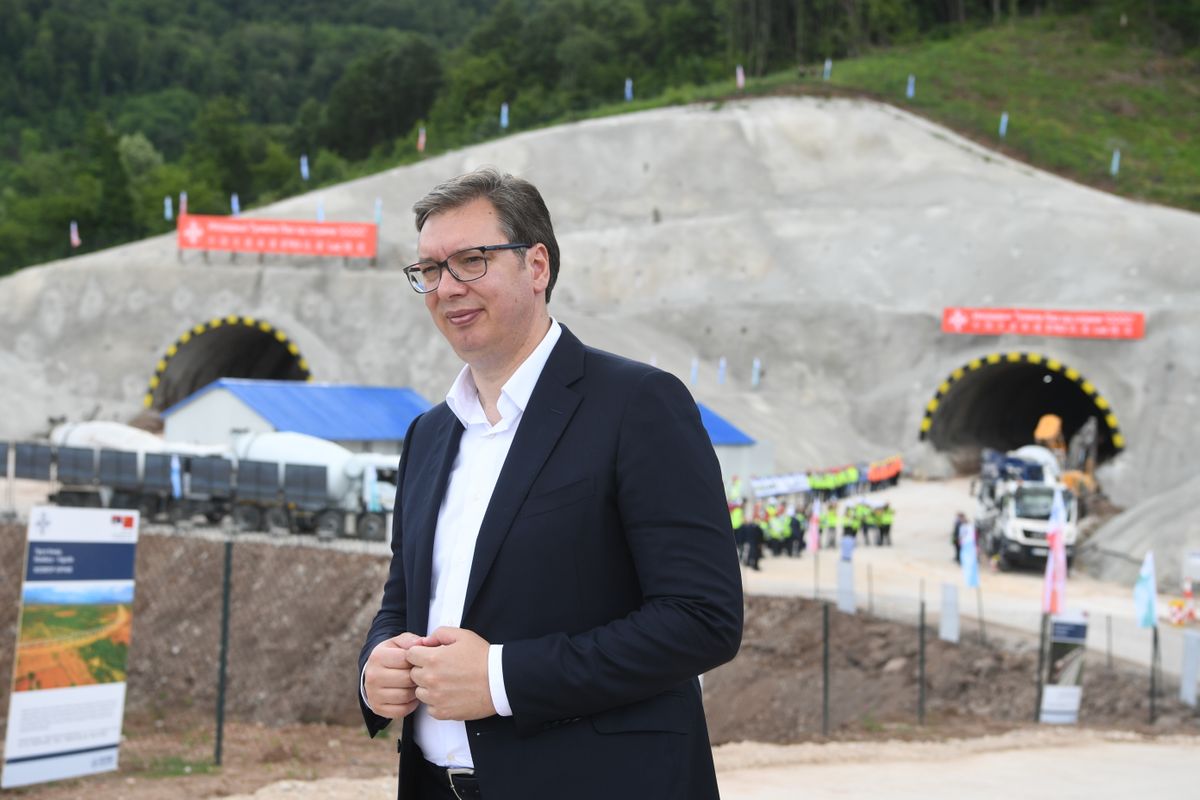 President Vučić pointed out that this highway will mean a lot to all people of the Zlatibor and Moravica districts, as well as to the whole of Serbia because citizens will use it when travelling to Zlatibor and Montenegro.
"It will mean a lot to the whole of western Serbia. I don't think anyone expected or dreamed of this," added President Vučić, adding that the Chinese partners had promised to complete all works by the end of next year. 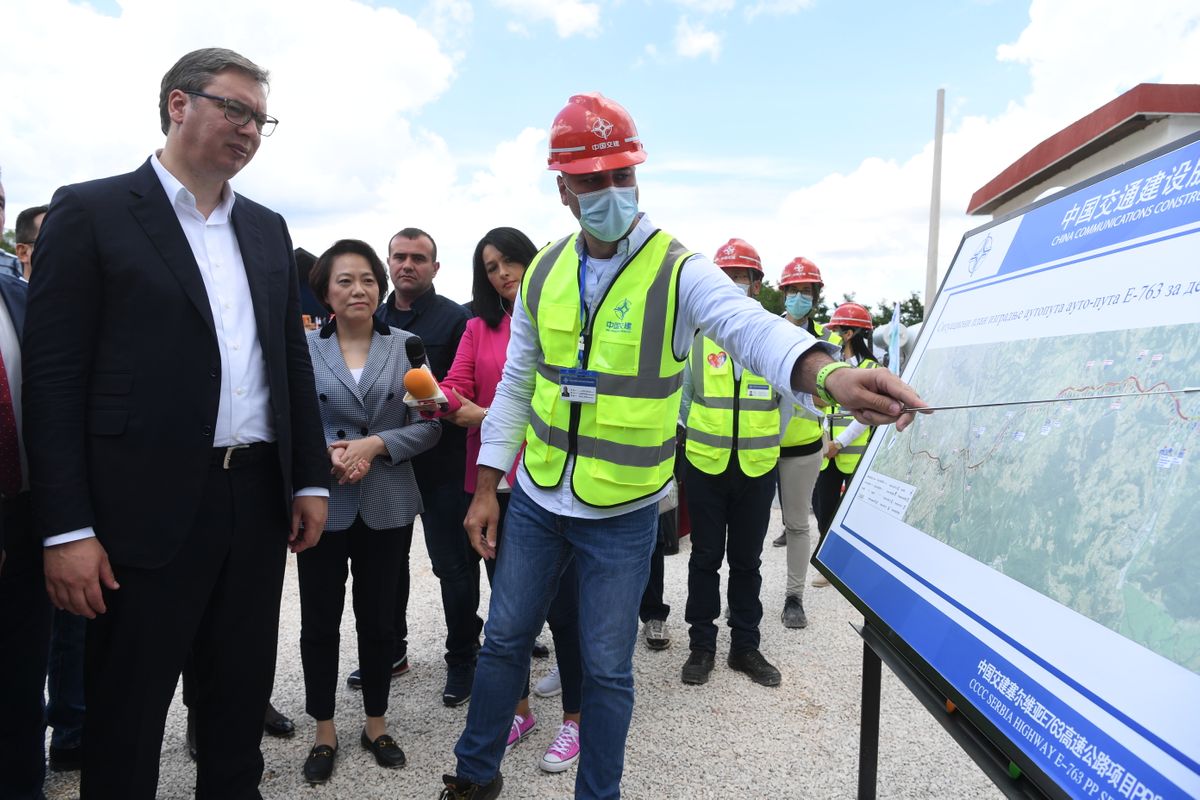 President Vučić said that the Chinese company "China Communications Construction Company", which executes the works, is one of the best in the world.
The Laz tunnel runs through the Jelica mountain and will be the longest tunnel in Serbia. The Preljina - Požega section will connect Čačak, Lučane and Požega and two districts - Moravica and Zlatibor, and it is essential not only for faster development of that part of Serbia but also for regional connecting. 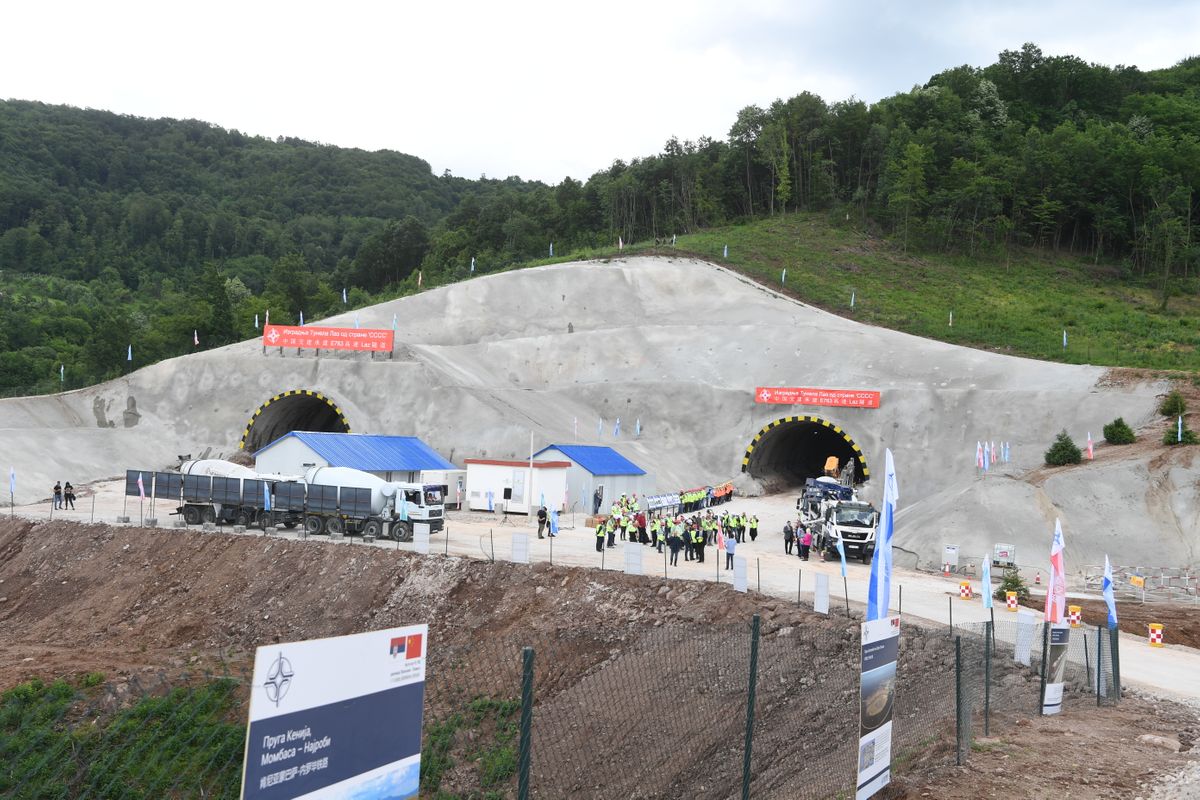