President of the Republic of Serbia Aleksandar Vučić visited today the household of Jovanka Đurić, a single mother of nine, and said that children are the future of Serbia. 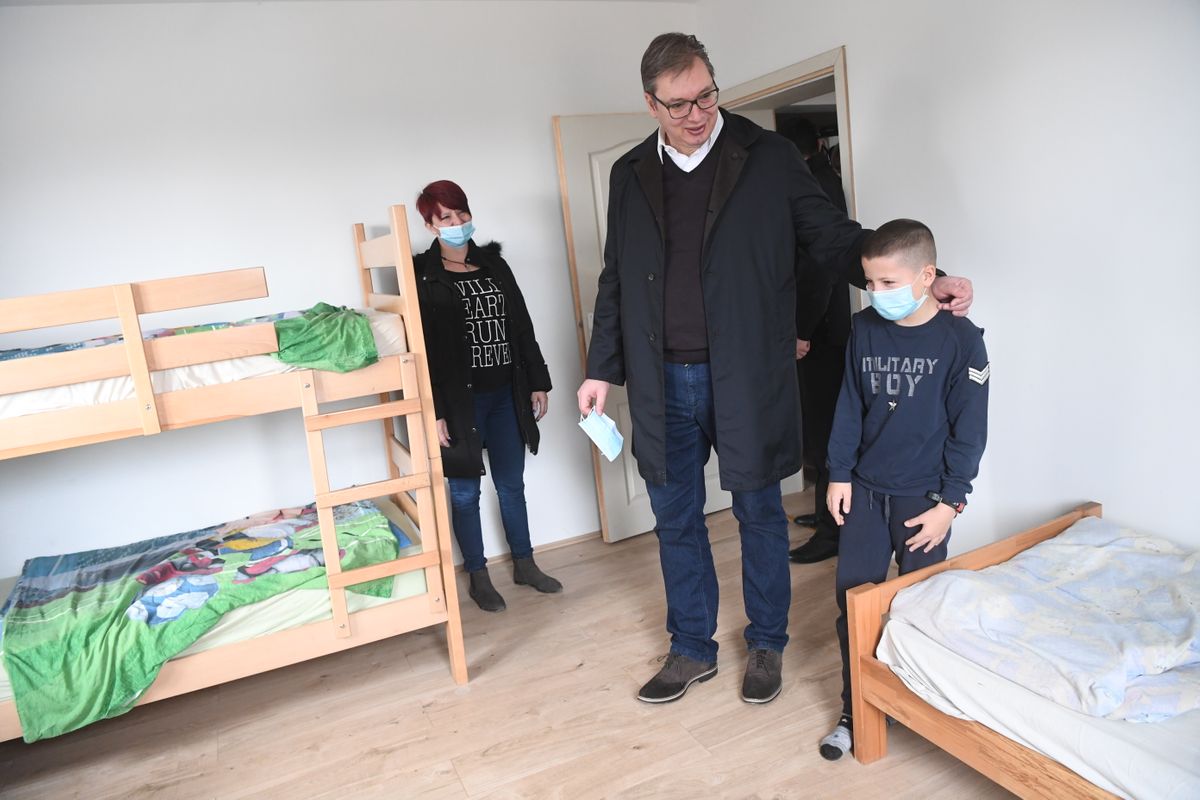 "Children can save us; they are the future - everything we do and build makes no sense without children. If there are less than five million of us in 50 years, for who, then, did we build the roads, hospitals, factories," said President Vučić.
President Vučić pointed out that although Serbia is making good progress, there are still many poor people, and that the state is trying to help needy citizens in various ways.
"It cannot be said about Jovanka, she is the richest in Serbia, she has nine beautiful children," said President Vučić, adding that Jovanka Đurić's family is marvellous and that the state helped them with the house, so now the issues of joinery, roof, facades - have been resolved. 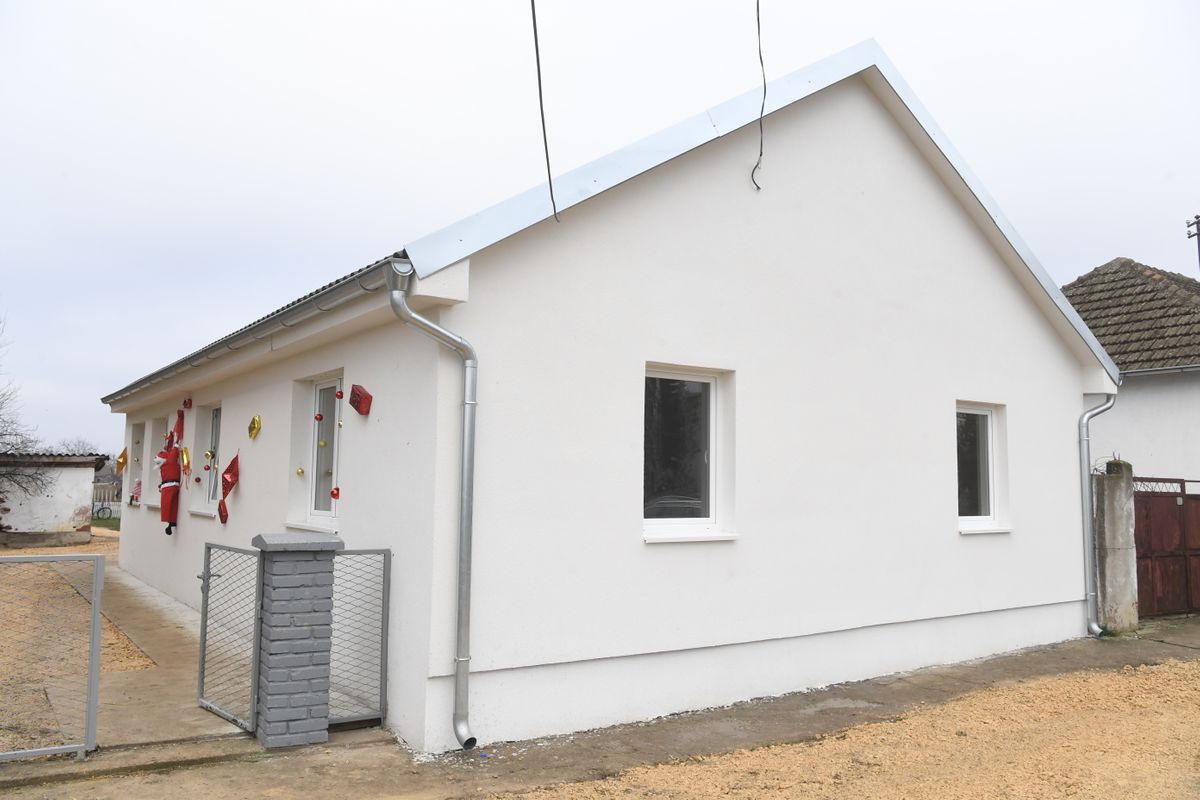 "We will help more," the President said, thanking the family for their hospitality.
President Vučić said that the state would also help the local self-government and that a large project was being prepared for the additional construction of 10,000 square metres of the General Hospital in Sremska Mitrovica, and renovation of the existing part of the hospital. He added that the old part of the "Čuperak" kindergarten would also be reconstructed.
The President pointed out that a lot has already been done for Sremska Mitrovica and that the unemployment rate is only between three and five per cent. 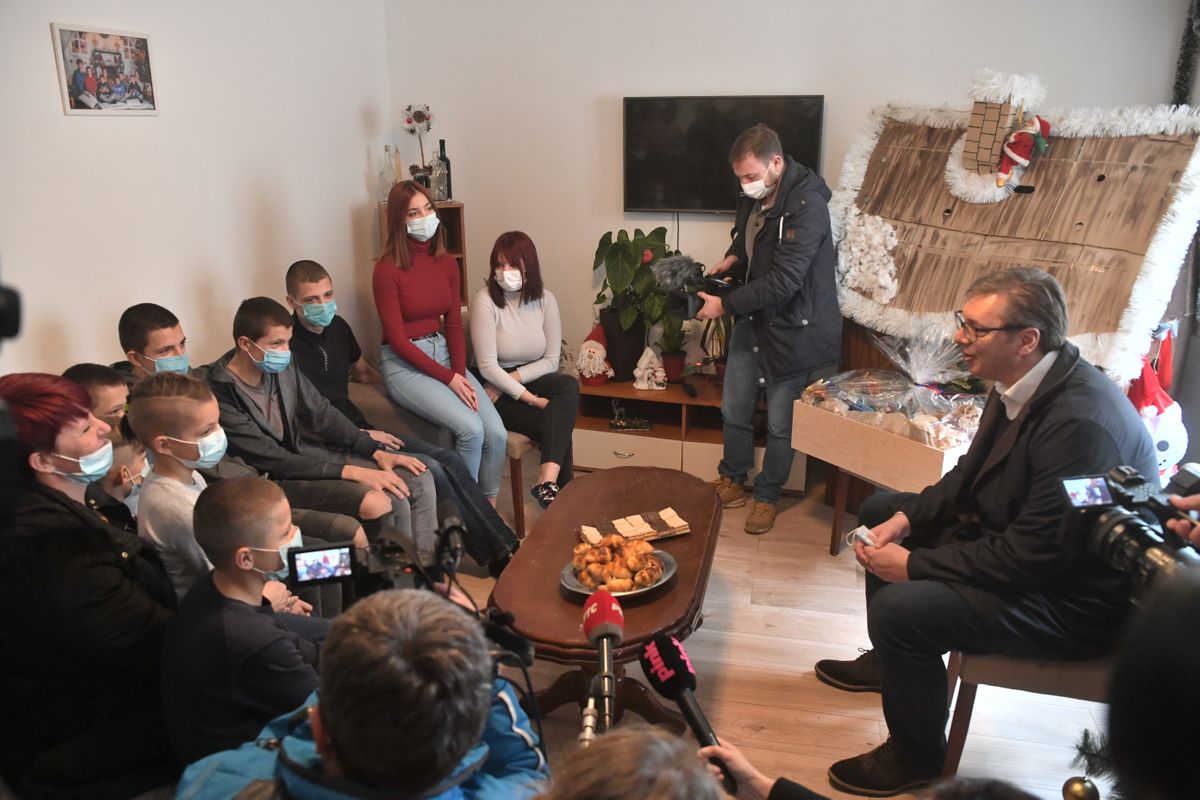