President of the Republic of Serbia Aleksandar Vučić visited today the Mei Ta Europe factory in Barič near Obrenovac, where he attended the training for the newly employed as well as a lecture for students of the Obrenovac Technical School, organised by the company. 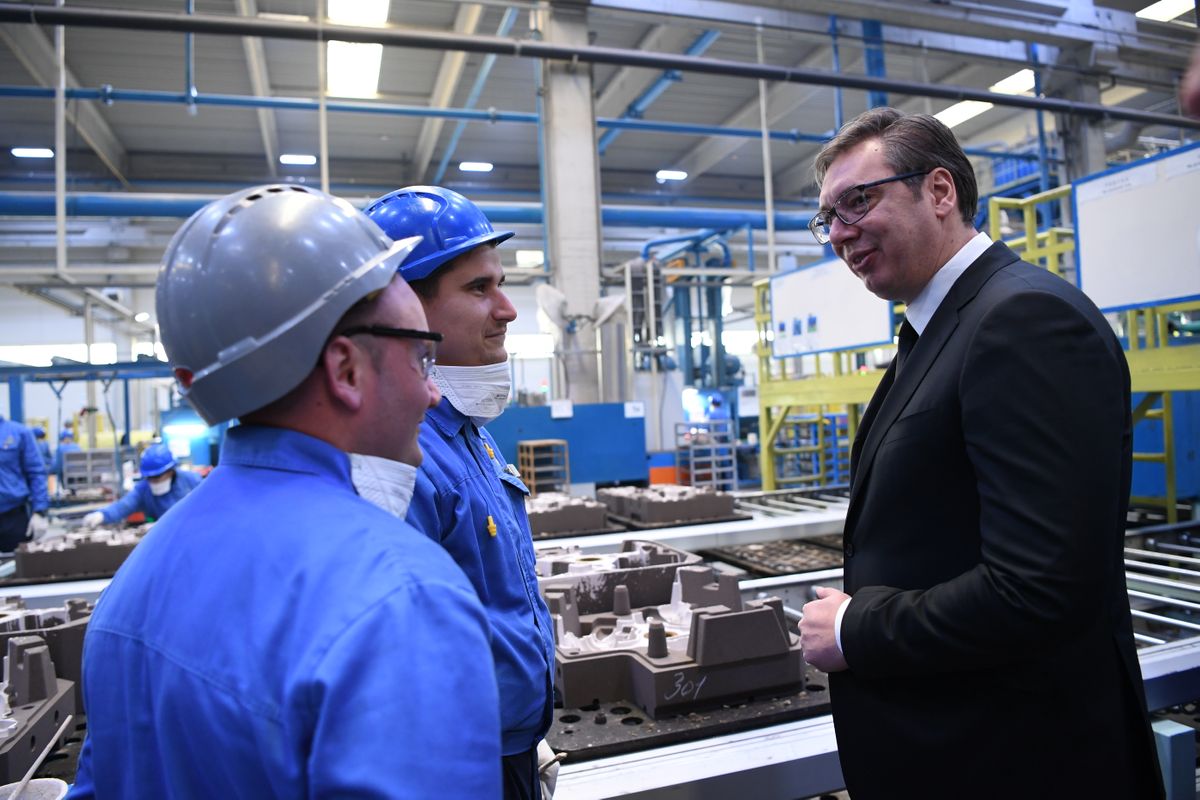 President Vučić visited the foundry and machine processing plant after which he talked with the Obrenovac Technical School students.
He told them that one of the world's greatest leaders, Shimon Peres, said once that only those in whose countries the workers will study and the students will work - will have a future as otherwise, they will not be able to withstand the market and competition, and therefore will not be able to survive.
"I am particularly glad for the opportunity we have to engage in dual education despite much resistance. I am happy that there is such a strong and powerful factory in Obrenovac," said President Vučić. 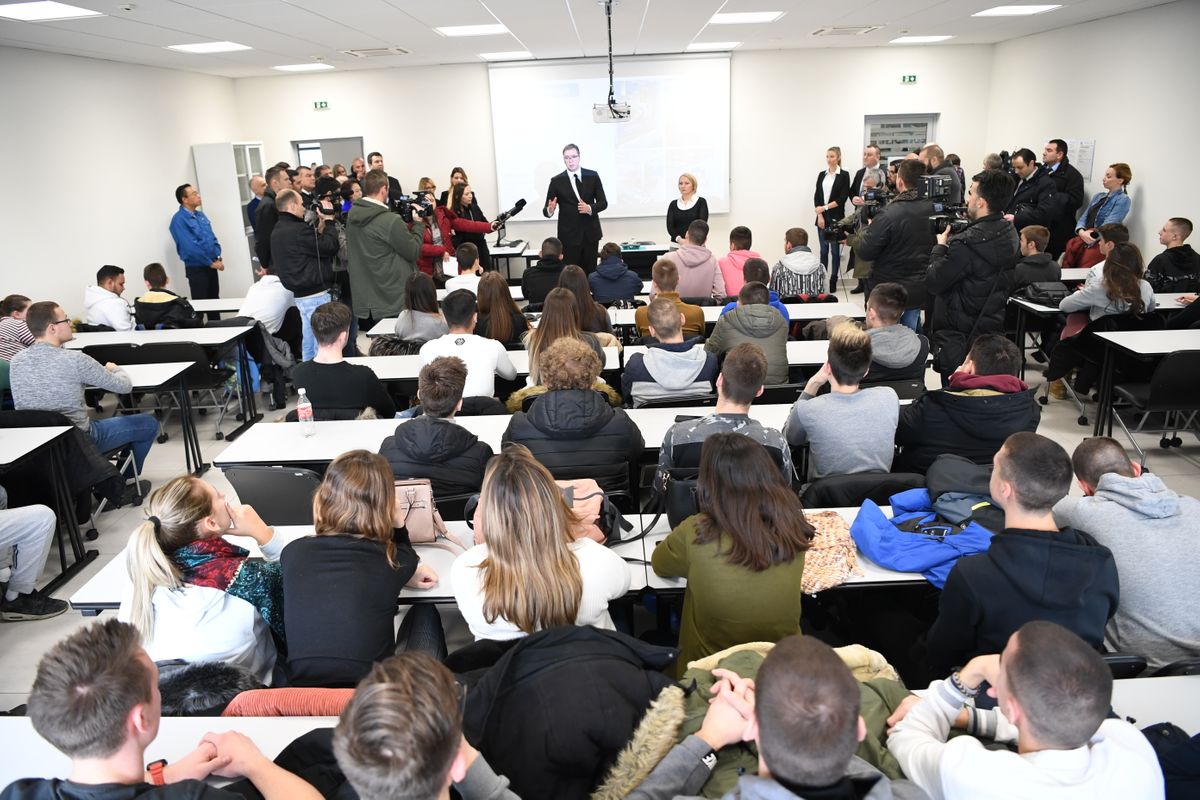 The President added that he was amazed at what he saw in the factory and the machine processing plant because, he said, we need to have trained workers, young people who can thrive.
"Good life cannot be attained without hard work. And my request is that you remain dedicated and to return - through your engagement and work - to your parents and your country all they invested in you. We, as a state, are helping as much as we can," said President Vučić.
He emphasised that he was exceptionally pleased that not only the people from Obrenovac but people from Lazarevac, Ub, Lajkovac, Valjevo, Čukarica and other places also work in the Mei Ta factory because they recognised the opportunity.
"We need good, hard workers who passed the training organised here, and they will be the best-paid workers in the future. Only work yields results and none should think that something will fall out of the skies and that the state is the treasure pot from which you can keep taking - that does not exist", said President Vučić. 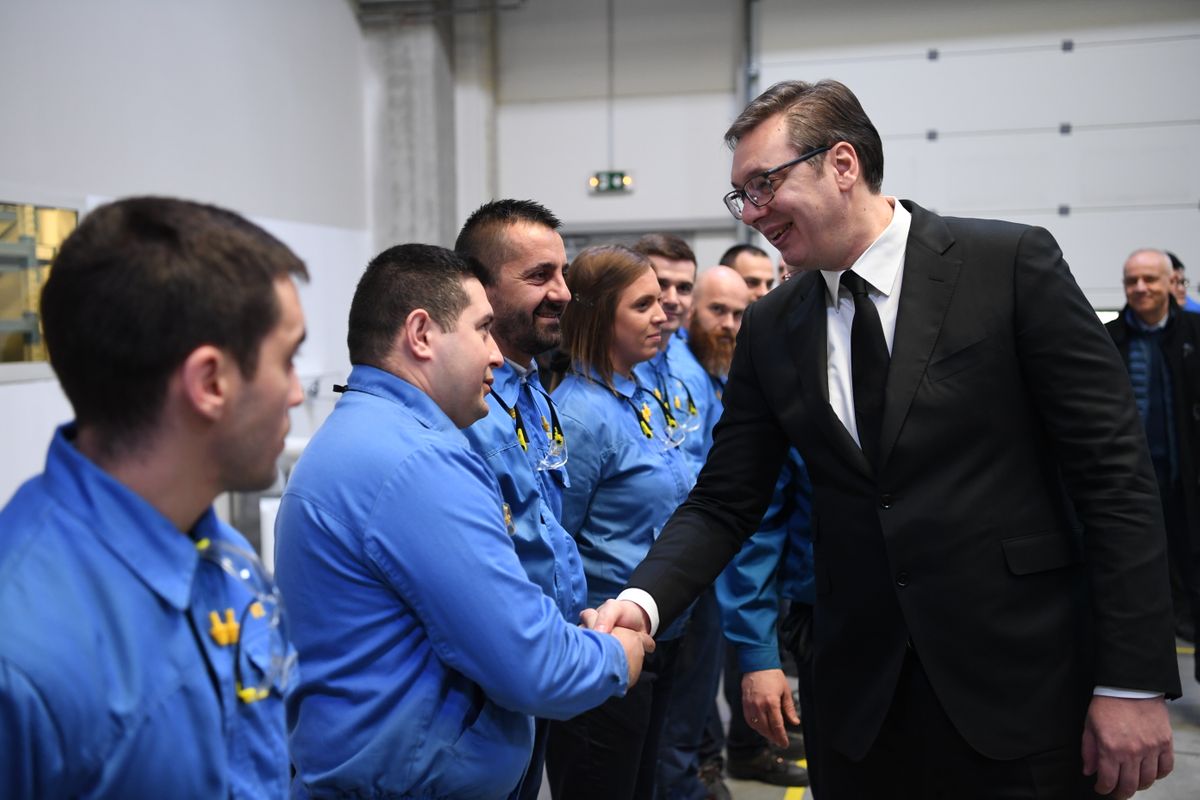 The President recalled that five years ago when the investment came to the town, people were in disbelief, and today there are 3,000 people working in that factory.
"We have today 3,046 workers in the part where there has not been a single factory for 50 years," emphasised President Vučić.
He added that the highway through Obrenovac has been anticipated for a long time, that people in villages have been waiting for the sewerage system, and that over 250 million euros have been invested in the renewal of this municipality in the aftermath of the 2014 floods.
"I am grateful because you are disciplined, hardworking and eager to learn, to thrive and to work, to support your families and to secure a better future for yourself and your children. Even if I do not occupy any position in the future, whoever enters this factory will know that we built it with our Chinese brothers," said President Vučić. 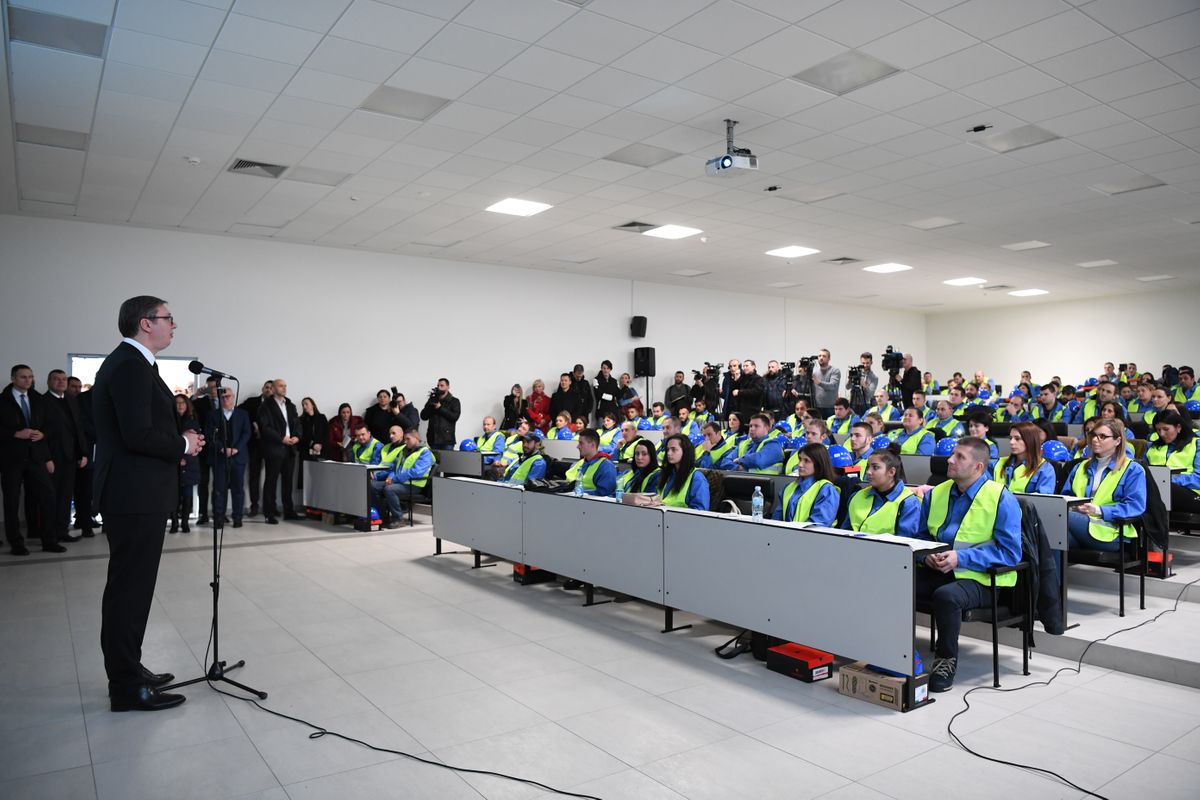 He also thanked Chinese President Xi Jinping for his relationship towards Serbia and told Chinese partners that we will welcome the Chinese President in the way no country in the world welcomed him.
The Mei Ta Europe company engages in the production of car parts, engine parts and general industrial components.
The first factory in Barič near Obrenovac was opened in April 2017, and the second one in June last year. 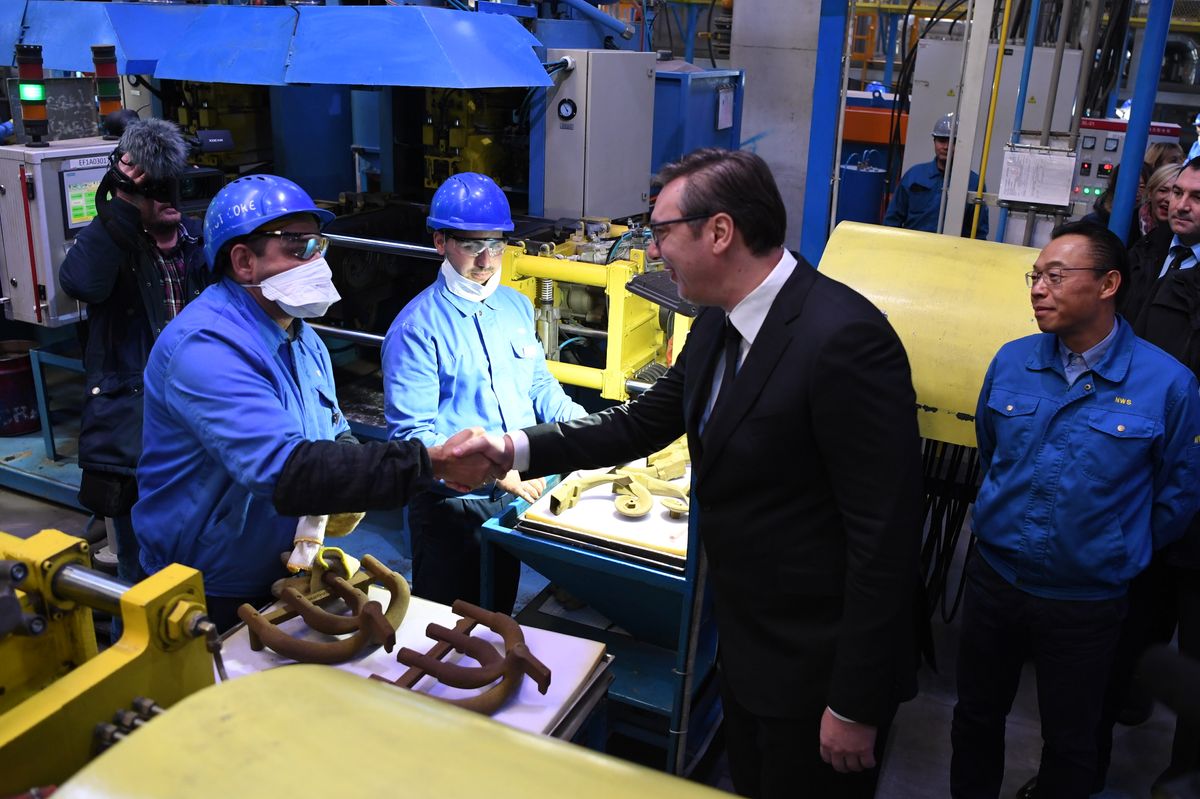 Mei Ta invested a total of 150 million euros in the two factories in Obrenovac, providing jobs to 3,050 people. The factory organises training for new workers as there is a demand for new employees.
The factory cooperates with the municipalities of Obrenovac, Lazarevac, Lajkovac, Valjevo...
President Vučić visited the factory accompanied by the Mei Ta Group President Ben Chen, Ambassador of China to Serbia Chen Bo, President of the OBenovac Municipality Miroslav Čučković and Minister of Education Mladen Šarčević, Mayor of Belgrade Zoran Radojičić and Deputy Mayor Goran Vesić. 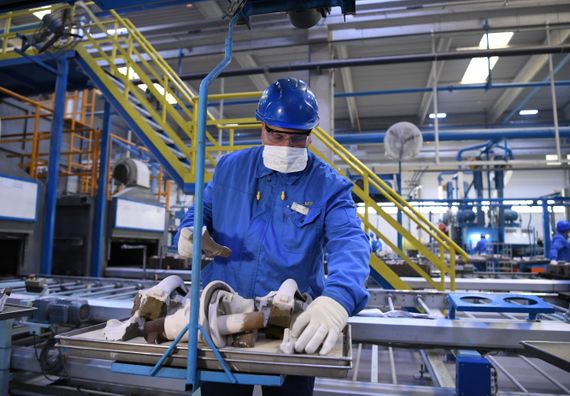 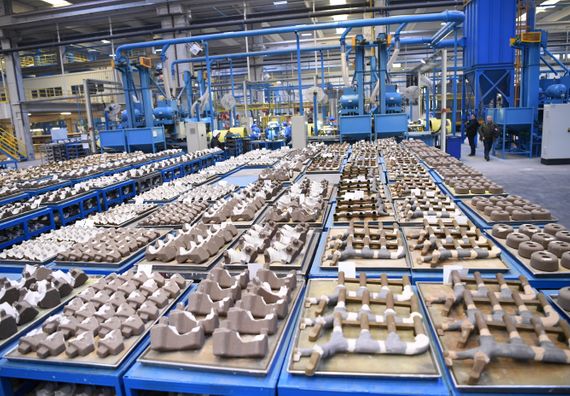 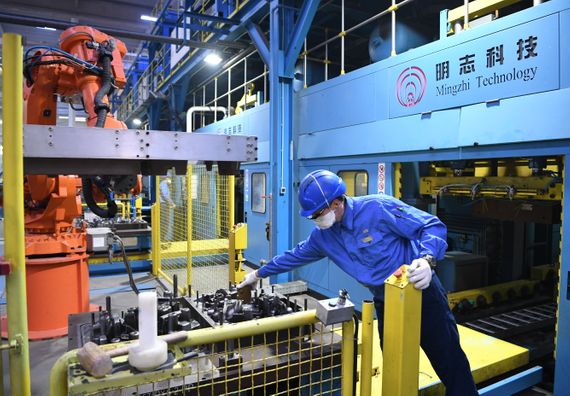