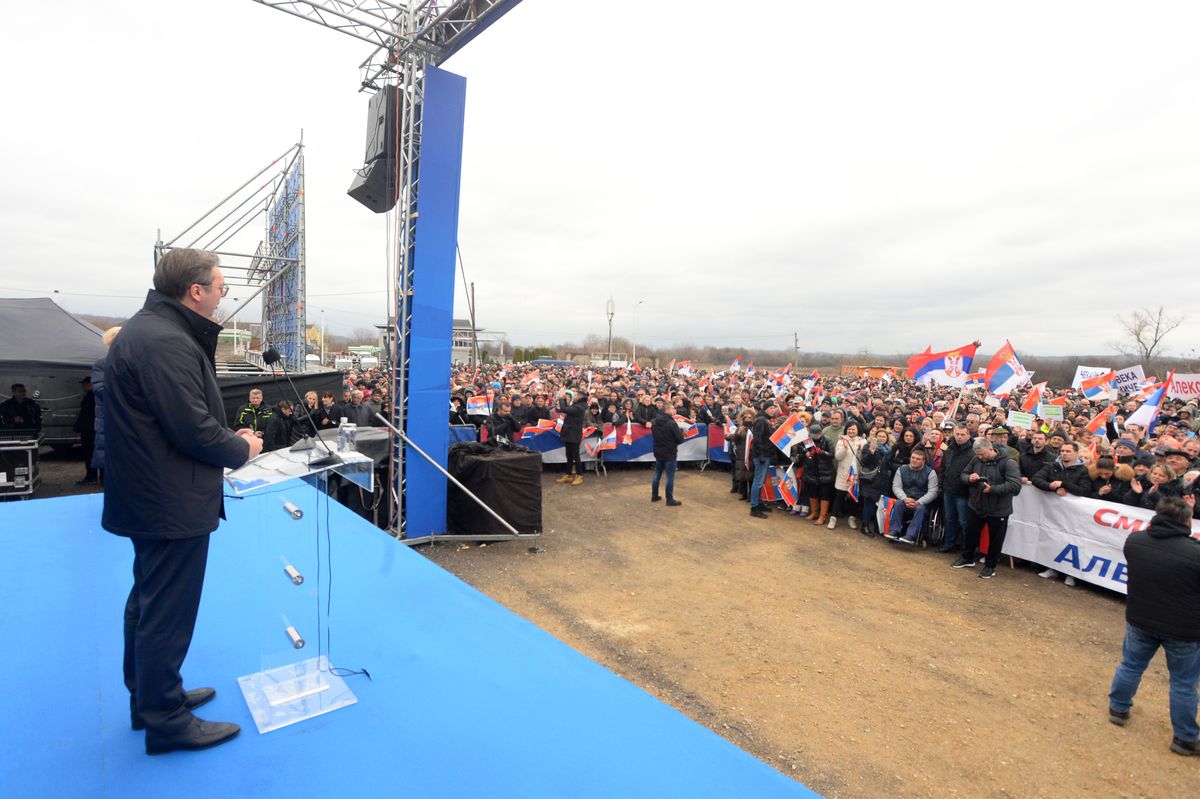 "I came to tell you how important it is to show attention and a different approach towards ordinary people, that Velika Plana and Smederevska Palanka are as important to us as the big cities and that the lives of ordinary people are the most important thing for us," said President Vučić.
President Vučić announced that in the coming period 900 million euros will be invested in 5,000 kilometres of regional and local roads and noted that the road he visited today was reconstructed for the last time back in 1983, and even then only partially. 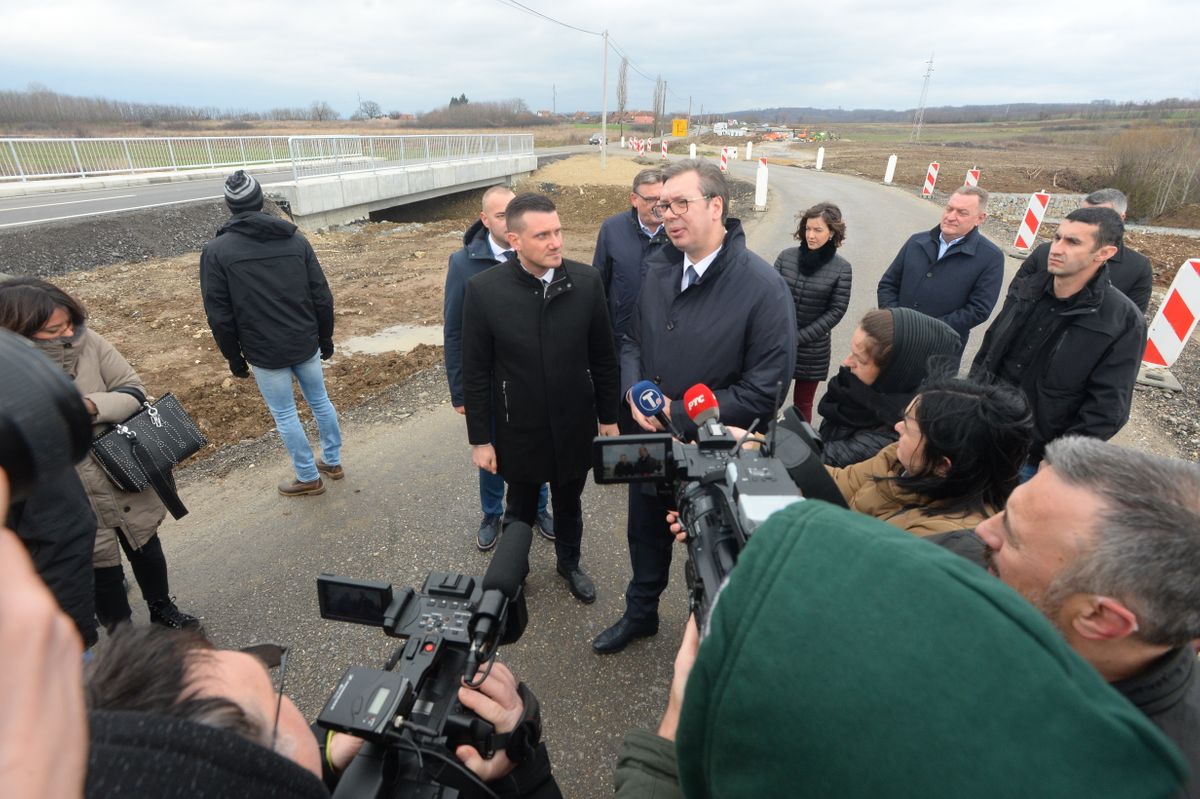 "It took 36 years for this road to become completely new, to connect the 80,000 residents of these two cities. This created new conditions for investors to come," said President Vučić.
He noted the ongoing talks with a Korean company, which, if it comes to Serbia, will create 700 new jobs in the area, which means that 700 families will be provided for.
"Do not think that once I showed up here, we stopped working. We will continue to work because we want both Smederevska Palanka and Velika Plana to live richer, we want to get people back from abroad, we want to build roads and infrastructure in every village as well as water supply and sewerage systems. We strive to make our villages be like Austrian or German villages, not to be poor. We have the strength today and our economic power will be even higher. We will build more, bring in new investors, increase salaries and pensions because we work more diligently, we work better and more honestly," said President Vučić. 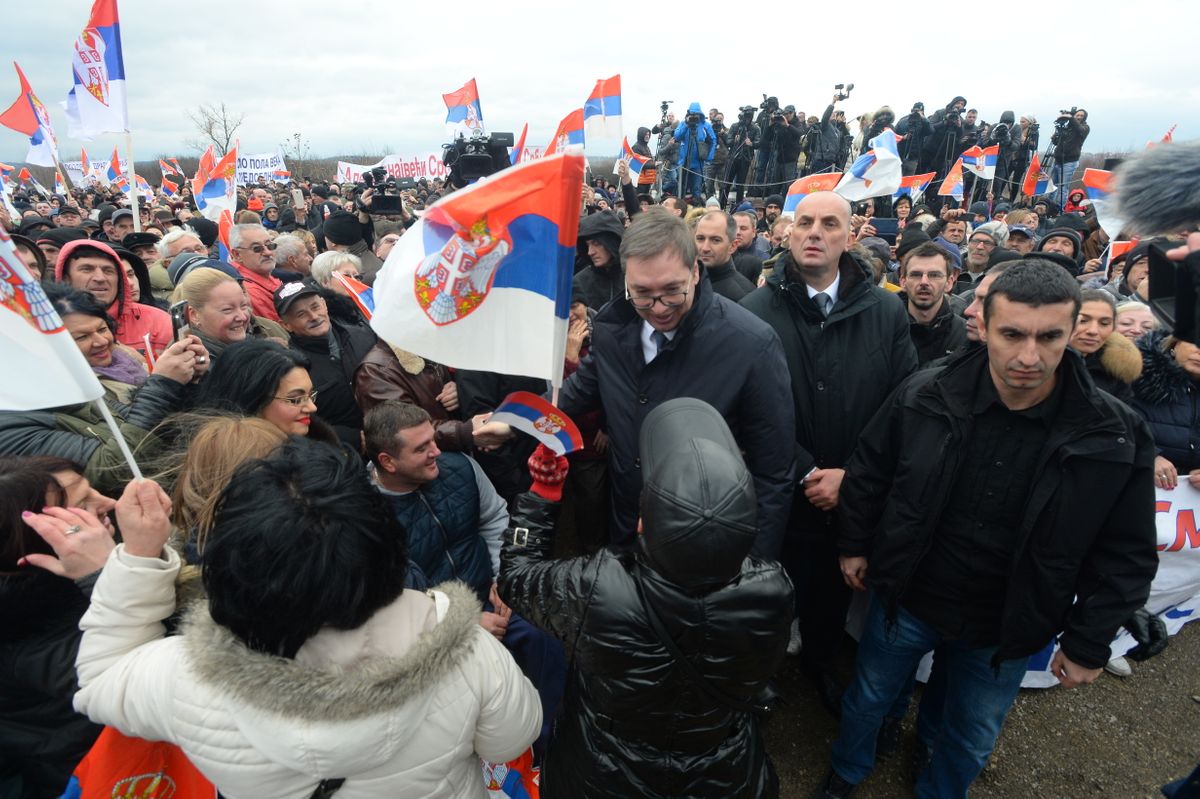 President Vučić began the tour on the bridge over the Guberaš creek located on the 13.5 km long route. The bridge was destroyed in the floods and a new one has now been built.
The President visited the road that connects Smederevska Palanka with Corridor 10.
The total value of the works, including the works on the bridge, amounts to 598.76 million dinars without VAT (718.51 million with VAT), of which 577.5 million for the road route and 21.2 million for the bridge. 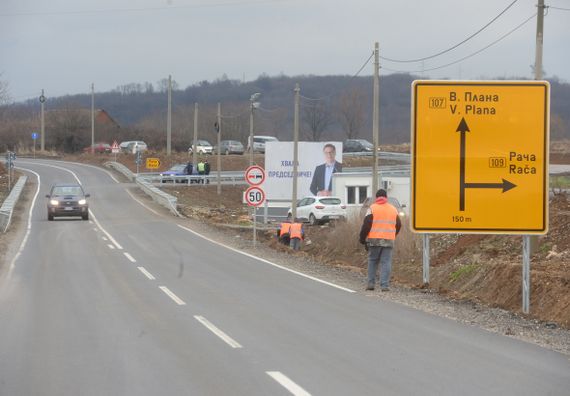 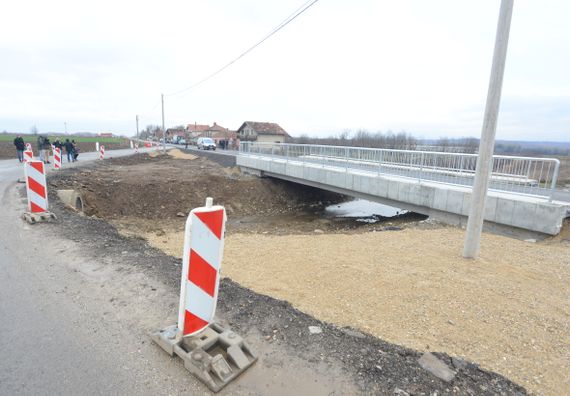 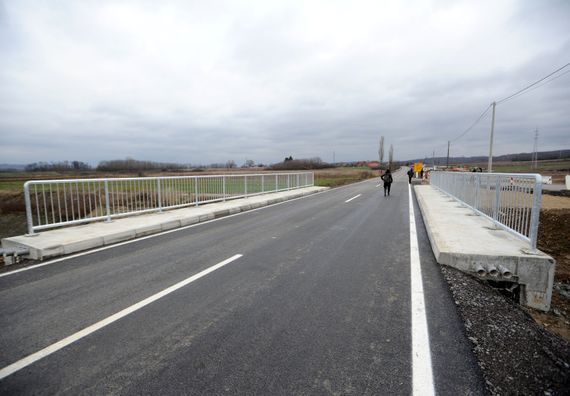