President of the Republic of Serbia Aleksandar Vučić visited today the renovated Elementary School "Momčilo Nastasijević" in Gornji Milanovac, whose reconstruction was worth RSD 256 million.

President Vučić said that many more challenges for Serbia lie ahead, but that only with the support of citizens will the state be able to resist all the pressure.
"You have always understood well the situation of the country. There are many challenges ahead, we will have new migrant crises and new viruses, and we will have much trouble to preserve our country and Kosovo and Metohija in Serbia. There will be many problems, but with your trust and support, I am convinced that we can withstand all the pressure," the President said to a large number of gathered citizens. 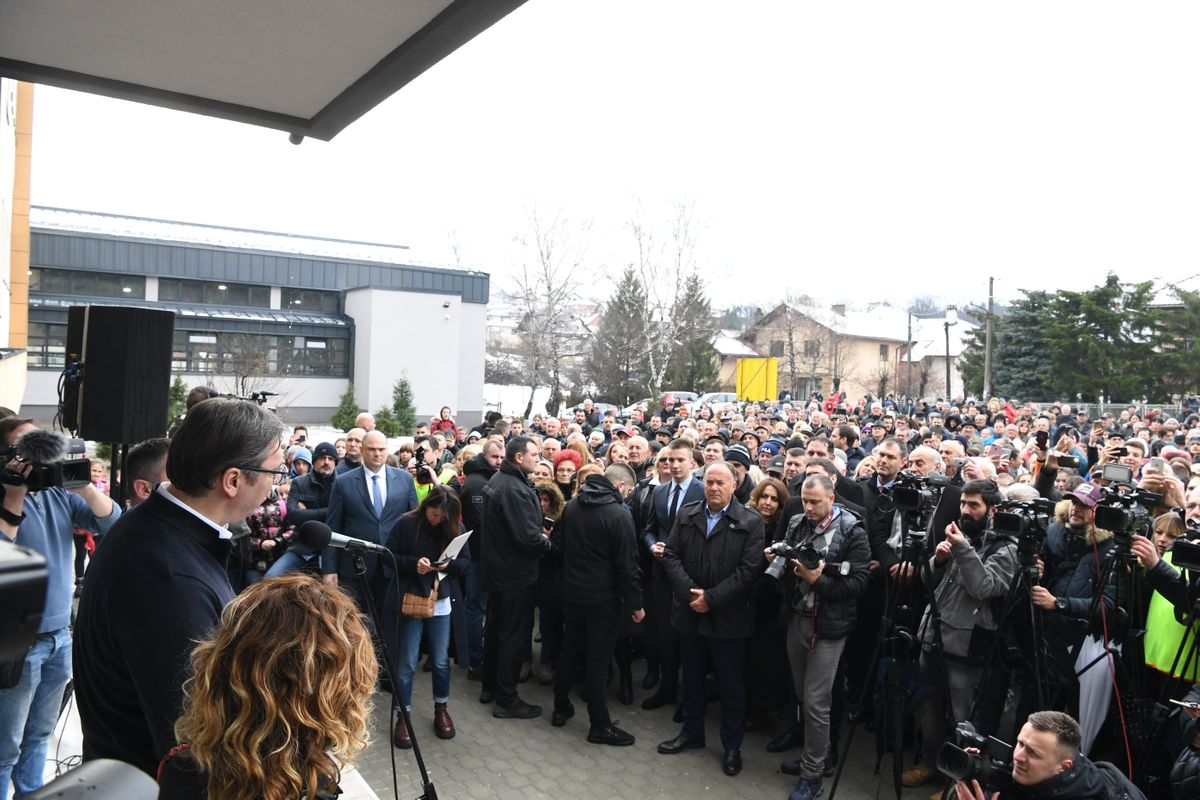 President Vučić announced that a fast road will be built to connect the centre of Gornji Milanovac with the Miloš Veliki highway so that citizens would have better traffic links to the highway.
He announced the construction of a sewerage system in Takovo and Rudnik, as well as in Pranjani and other places, which will provide the citizens with better infrastructure.
"We will renovate two more schools in Gornji Milanovac in the same way we did this school," said President Vučić, noting that the state will implement the Serbia 2025 development program. 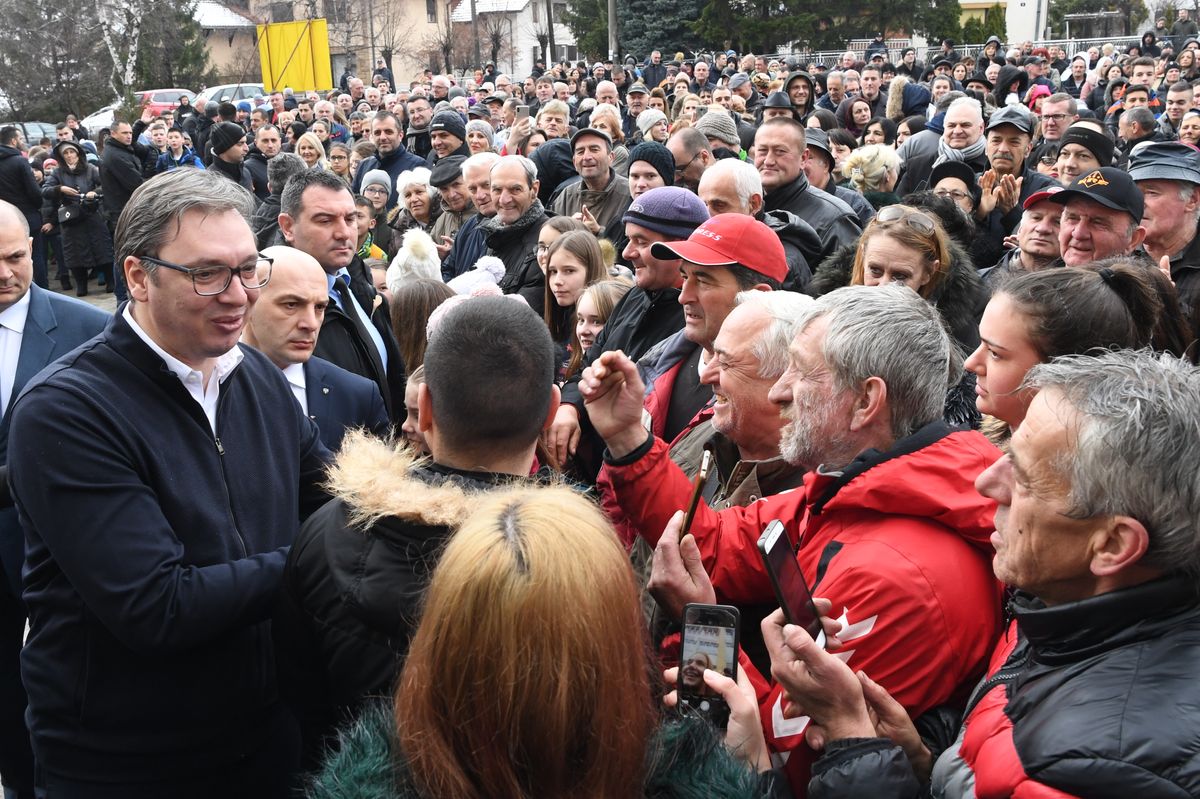 The President iterated that Serbia had a GDP growth of 6.5 per cent in January and added that if it were not for the coronavirus - our country would have attained the best result in this respect and in its history this year.
"If we continue to work hard, you will have significantly increased salaries and pensions this year, and they will continue to grow year on year along with the living standard," President Vučić said, adding that the goal is to return people from abroad to Serbia and to keep the young people in the country.
Thank you for your great trust and great support, and soon I will come again to open some other facilities," added President Vučić. 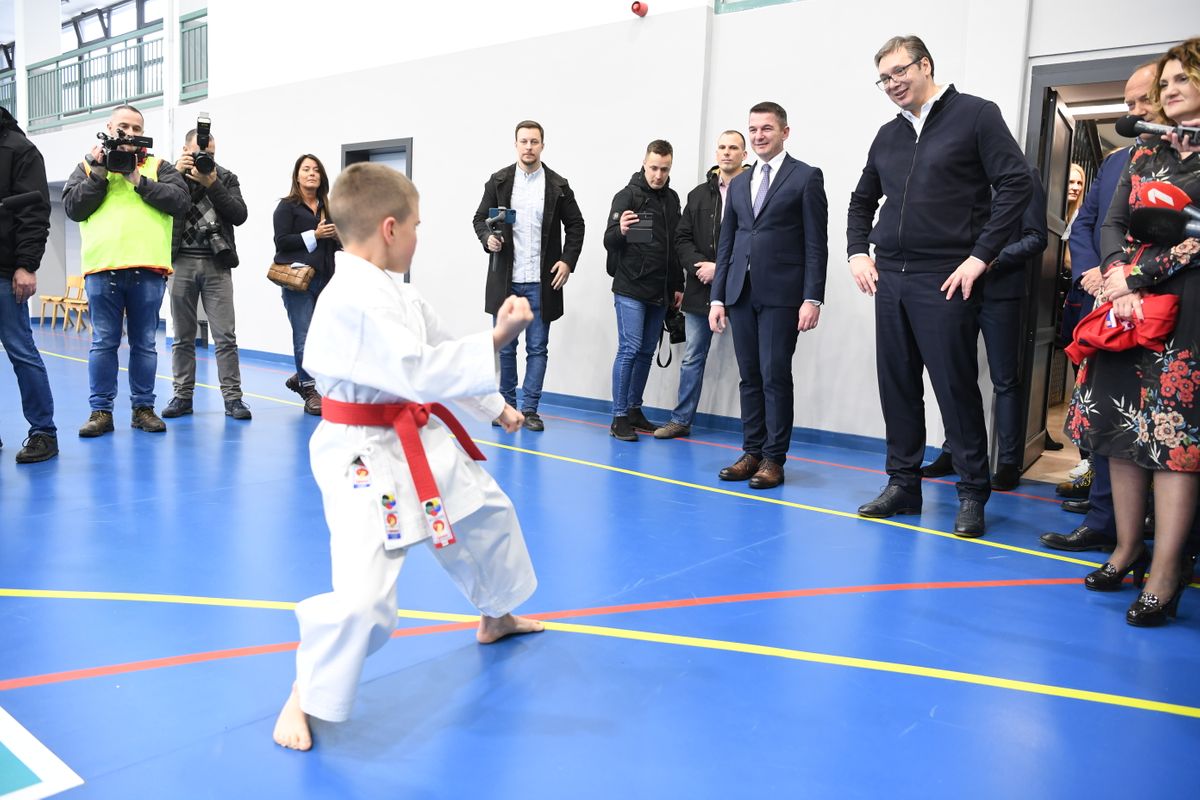 School principal Dragana Nikitović said the school's renovation initiative was launched after the floods that hit Gornji Milanovac in June 2018 when the gymnasium was damaged.
"The school is completely reconstructed, the floors are replaced, as was the joinery in part of the building, the toilets are renovated, electrical, plumbing and heating installations are also replaced," Nikitović said.
Principal Nikitović added that the attic was renovated, which had no purpose previously and that now half of the space is used by the school and the other half by the satellite unit of the Music School from Čačak. 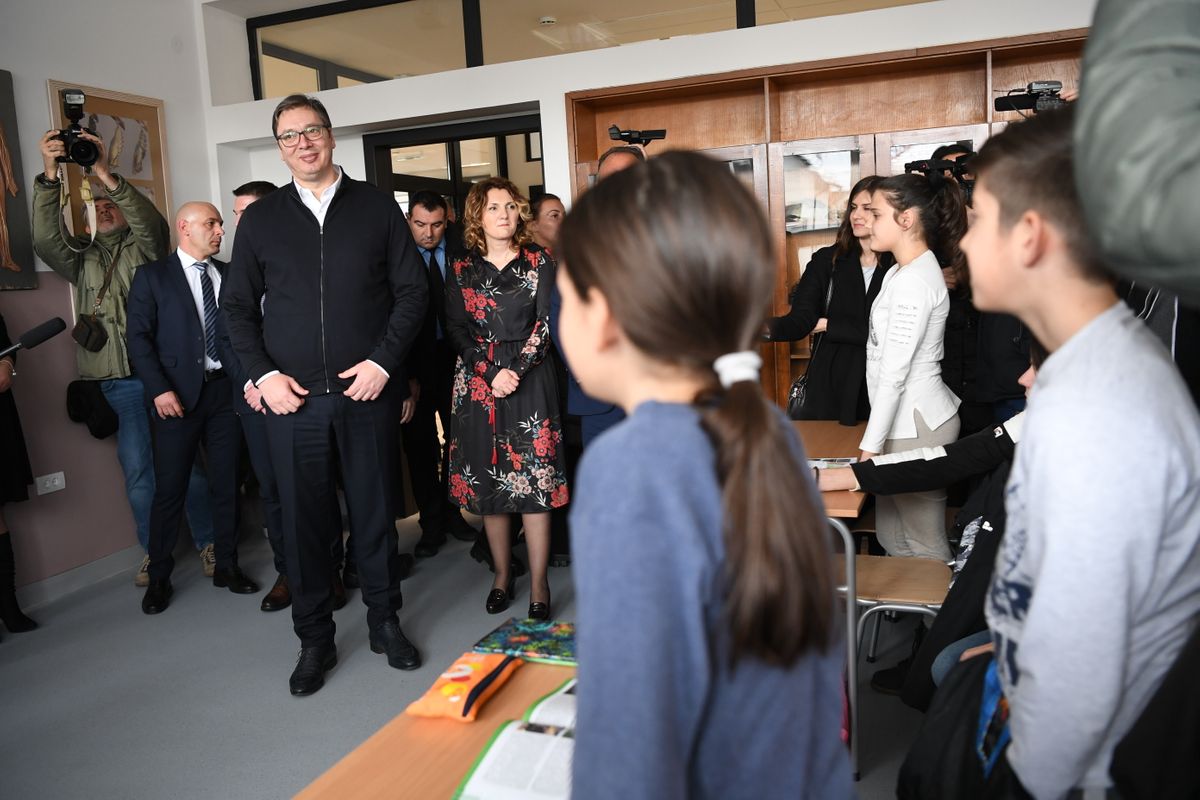 565 students in 24 classes attend the school, and all students now attend the school in one shift.
Elementary school '' Momčilo Nastasijević '' in Gornji Milanovac was founded in 1964 and was named after the famous Serbian poet.
The Office for Public Investment Management provided the funds for the reconstruction, and Minister of Education Mladen Šarčević, Director of the Office for Public Investment Management Marko Blagojević and Mayor of Gornji Milanovac, Dejan Kovačević also visited the school with the President. 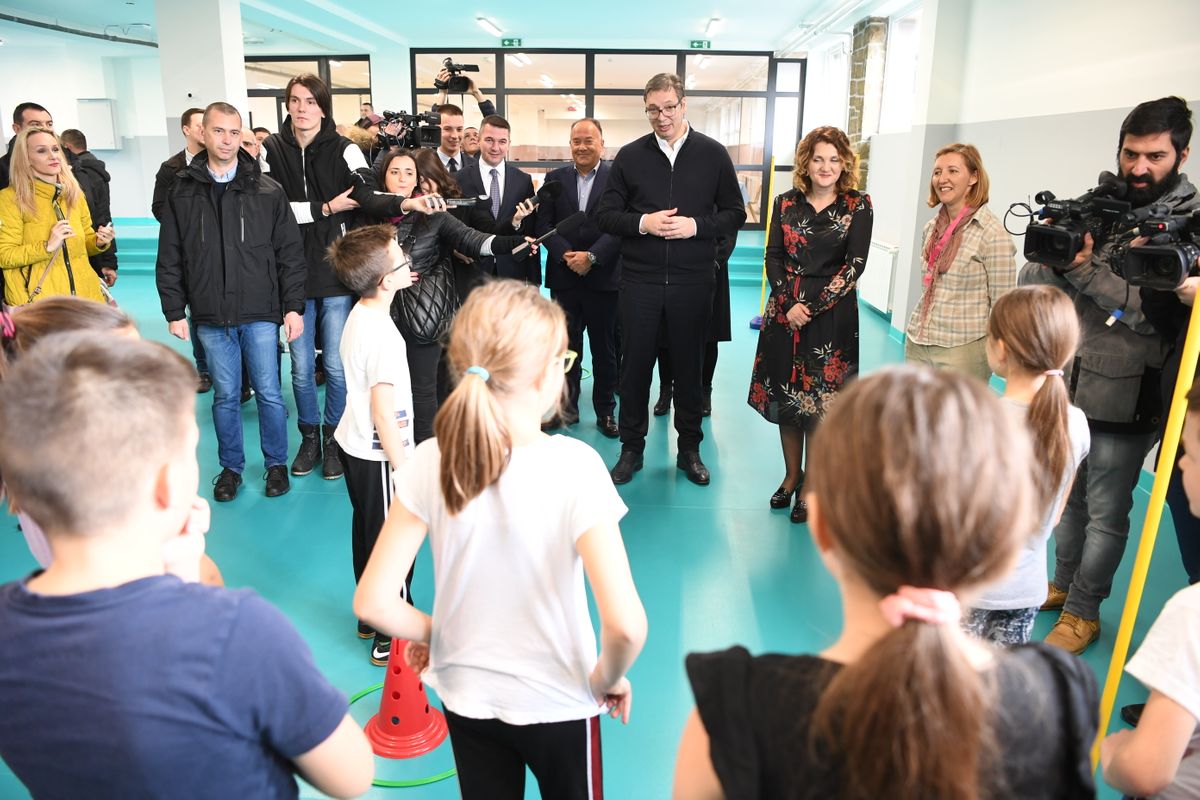