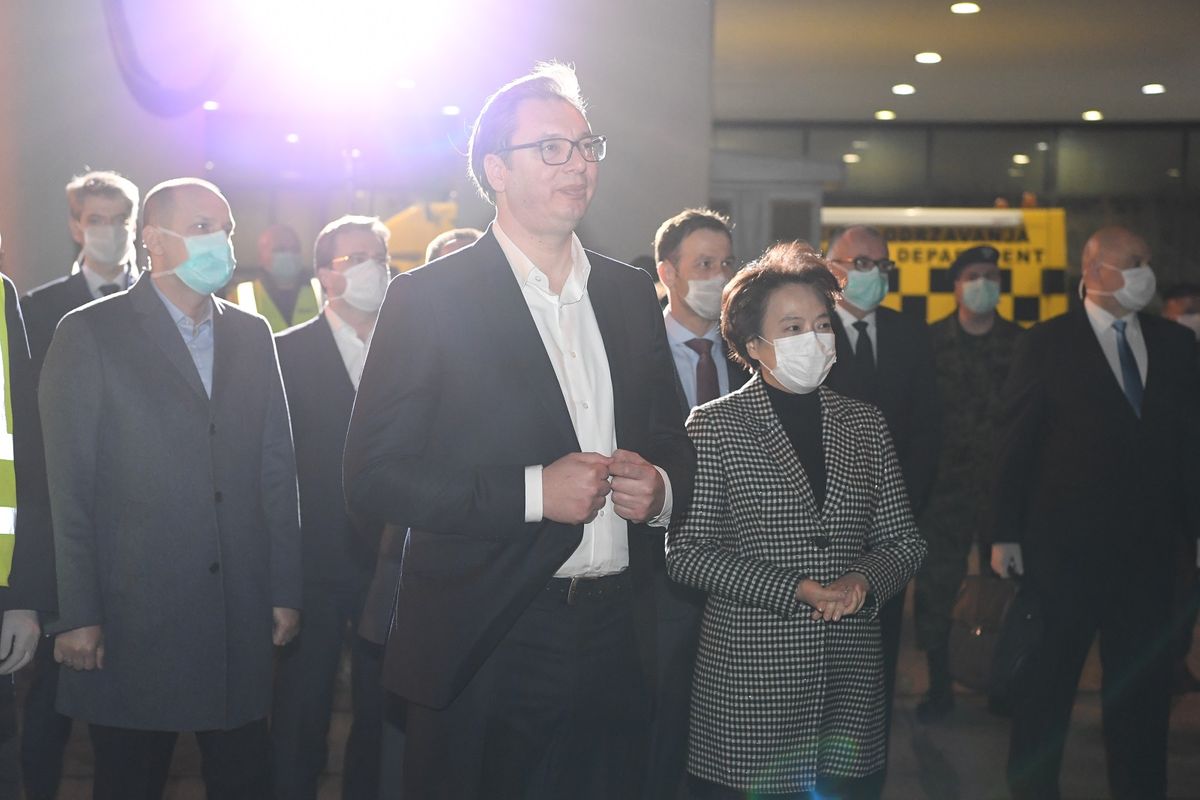 President Vučić thanked Chinese President Xi Jinping, the Communist Party of China and the Chinese people for their help and emphasized that the arrival of Chinese medical experts was of great importance because they were the first to defeat the coronavirus.
"As of tonight, we will listen to everything they say, and it is not politics, but the respect of those who have shown that they can defeat the most difficult enemy of today, the coronavirus. All this is free help from the People's Republic of China, and we are thankful to them for that," he said. President Vučić added that it was time to show discipline and responsibility. He emphasized that each respirator that arrived meant several lives. 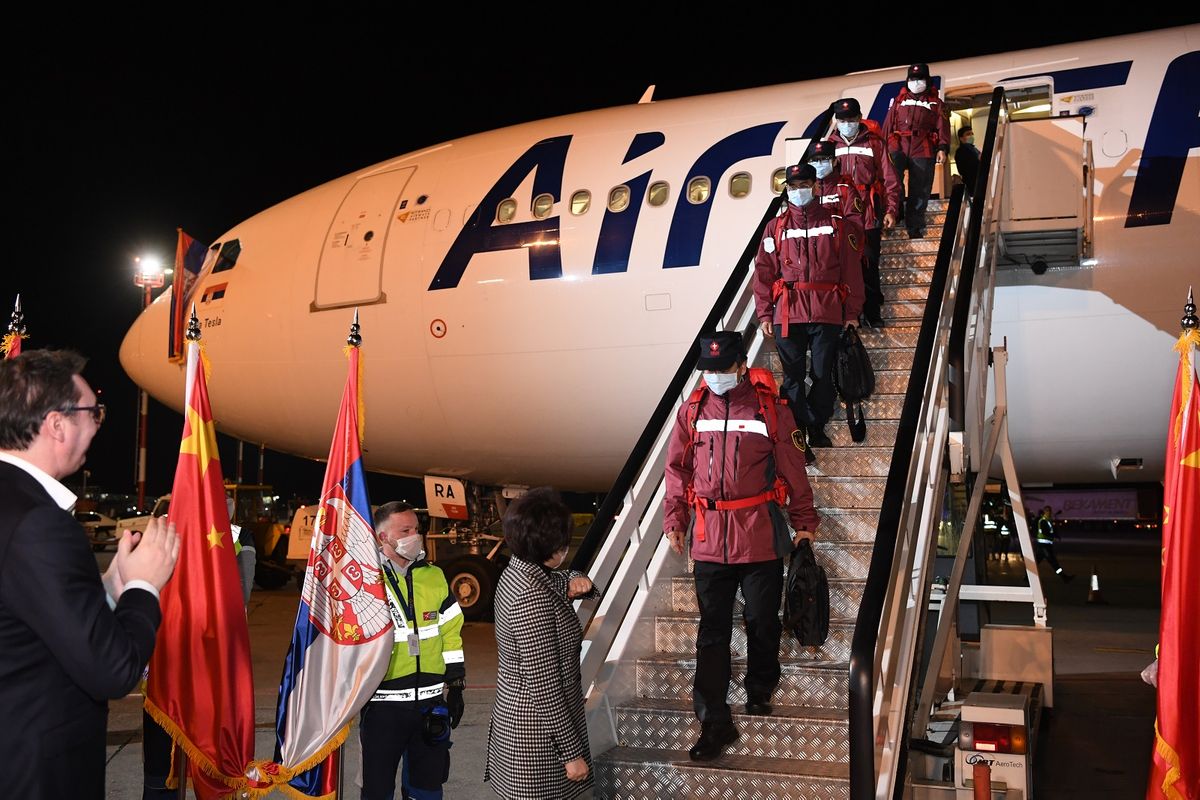 "China, which has not yet ended its own struggle, has shown not only friendship and love for our people but also solidarity with the Serbian people. Hundreds of thousands of lives in Serbia will be saved thanks to the help that just came to us. Serbia must not forget that," said President Vučić. 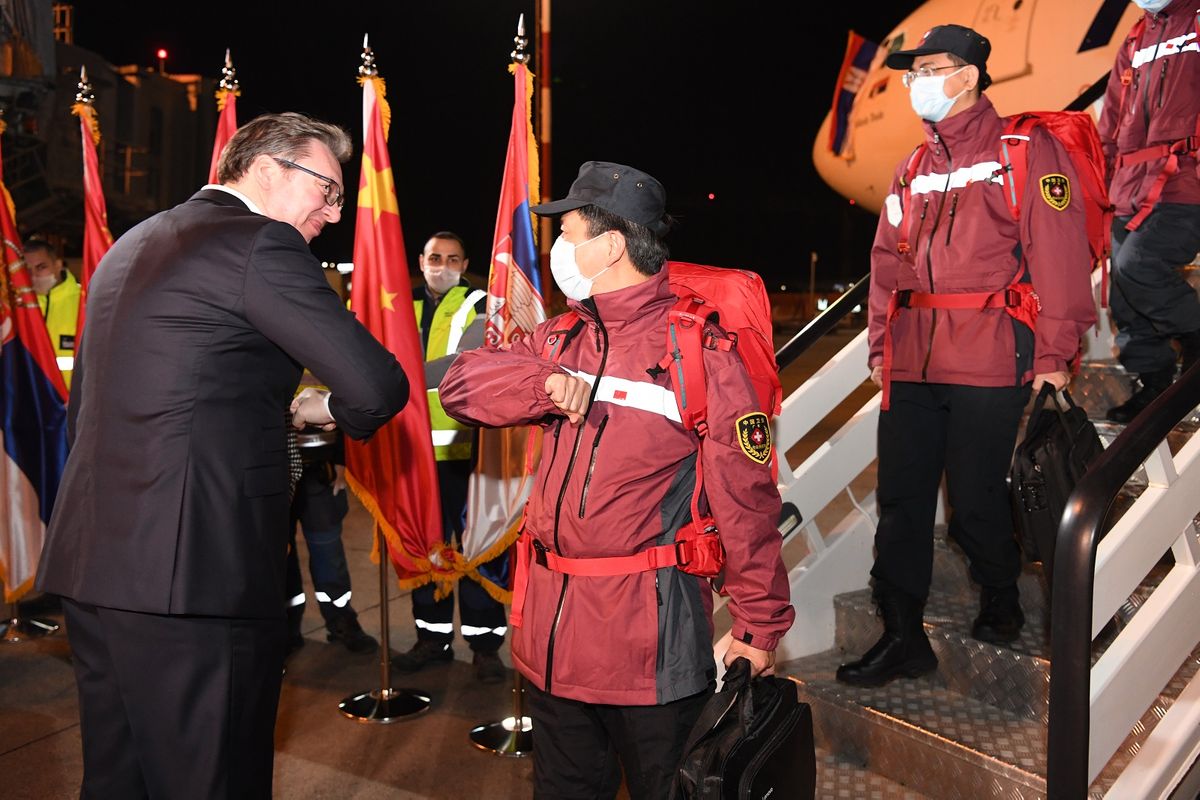 Ambassador of China Chen Bo said that China and Serbia maintain a steel friendship, that our two countries share good and evil and reminded that China received Serbia's assistance when faced with the challenge of the virus spreading and that it was now ready to send aid and assistance to Serbia. She emphasized that the world is in its most challenging times and that COVID-19 is the enemy of all humanity.
"We are strong together, and we will fight with our friends until the final victory," Ambassador Chen Bo said.
As previously announced, six top epidemiologists from the Wuhan area, which was the most affected by the virus, arrived with a medical team, and their experience will be of great importance to doctors in Serbia. Medical devices, disinfectants, masks and other protective equipment also arrived.
Belgrade,
21st March 2020
Share