President of the Republic of Serbia Aleksandar Vučić attended today the signing of the Financial Agreement for the second part of the IPA Action Programme for 2020. He thanked the European Union for the great support it provides to Serbia, adding that he expects an intergovernmental conference in June, at which the opening of the first negotiating cluster could take place. 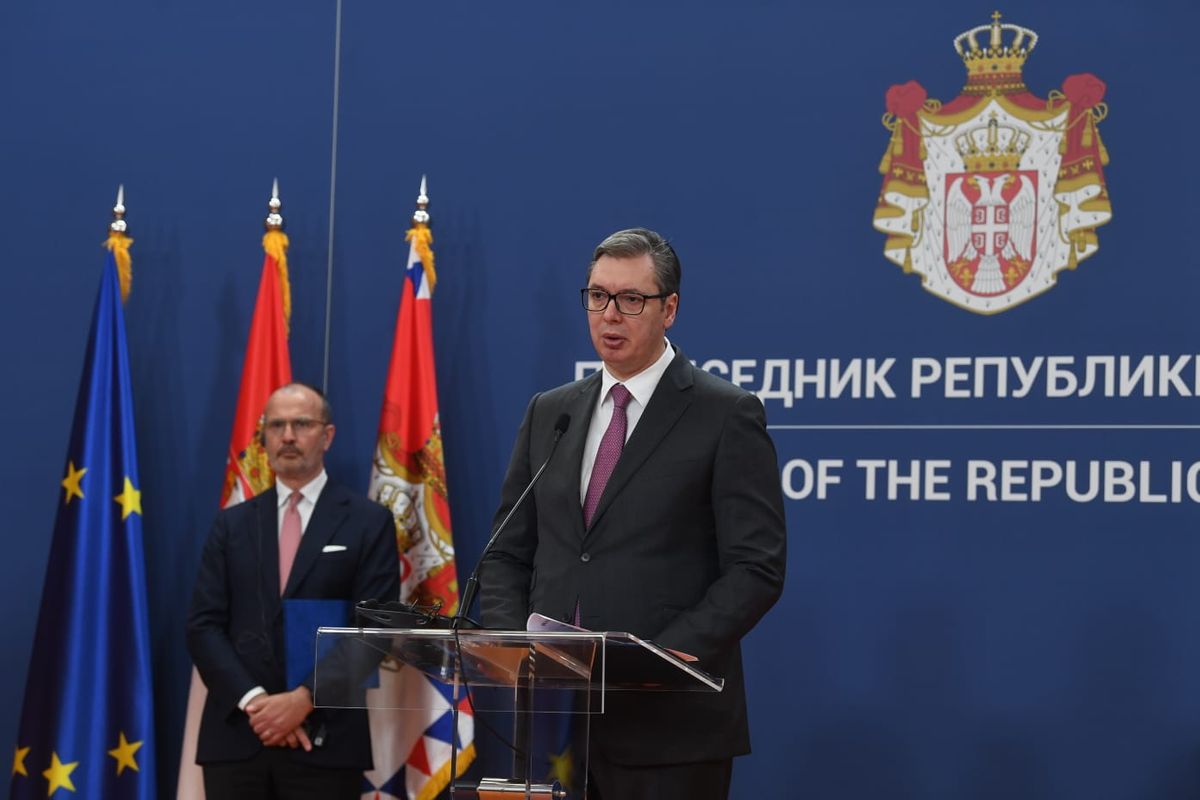 "I am very pleased to be able to greet the 27 EU ambassadors and the head of the EU delegation in Belgrade and to thank them for their great support. Today we received 86 million euros in EU grants; these are funds that are earmarked for programmes and projects that were agreed in advance. These are the projects of a structural type, from the development and progress of our education, our entrepreneurship, our innovation opportunities, environmental protection, to the progress of the rule of law," said President Vučić.
President Vučić said that regarding the rule of law, he was not satisfied with the efforts made in that area, but he pointed out that in the last 25 days things were changing and that the problem was being approached with much more effort and responsibility. He added that this topic is important for Serbia to prepare for the opening of the cluster, and whether and when it will be opened will be decided by the EU member states.
He also pointed out that in order to prepare for the opening of the cluster, we will have to start the reforms of the excise policy in the energy sector faster. 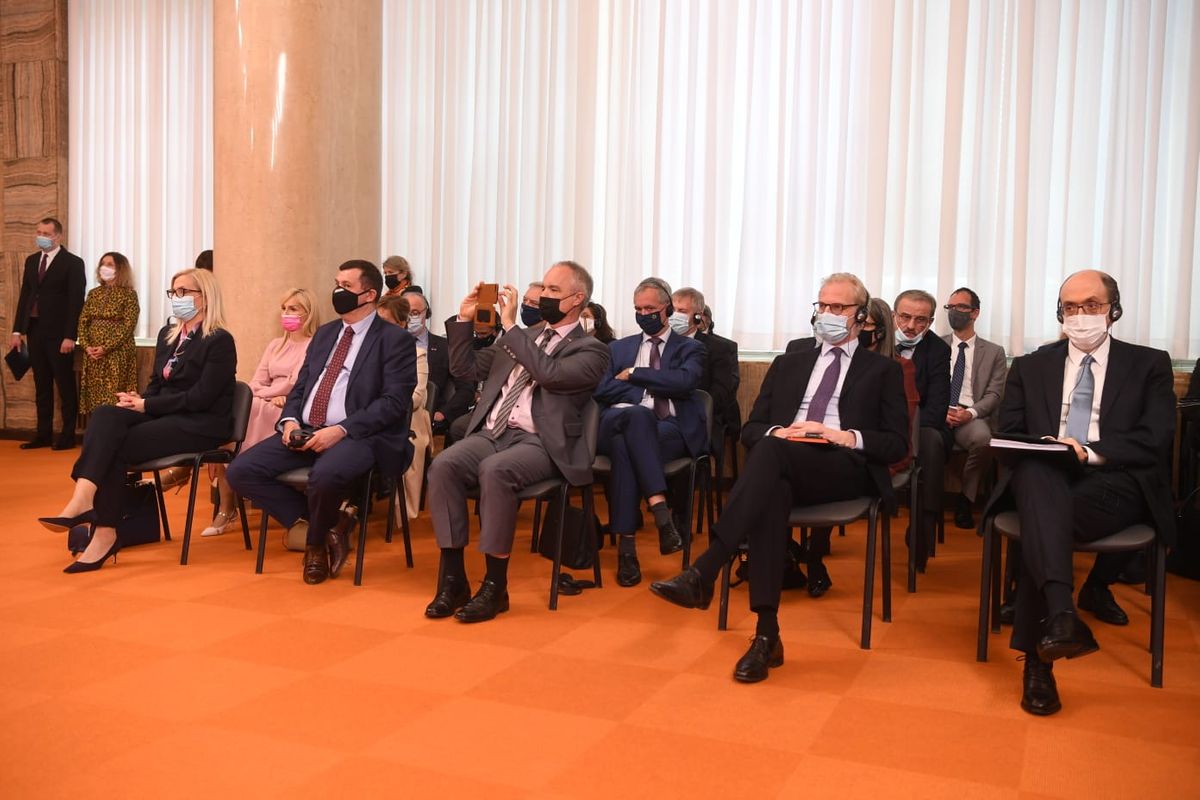 "An intergovernmental conference may be held in June, we may have good news, and it is possible that there will not be good news, but it is up to us to do everything we can to bring the country closer to the EU values in the normative and fundamental sense," said President Vučić.
President Vučić thanked the European Union and its citizens and pointed out that we still have a lot of work ahead of us, and announced more important projects, the opening of factories, as well as sections of highways in the coming days.
"With seriousness and responsibility, we will look to respond to the attention you give us," he pointed out. 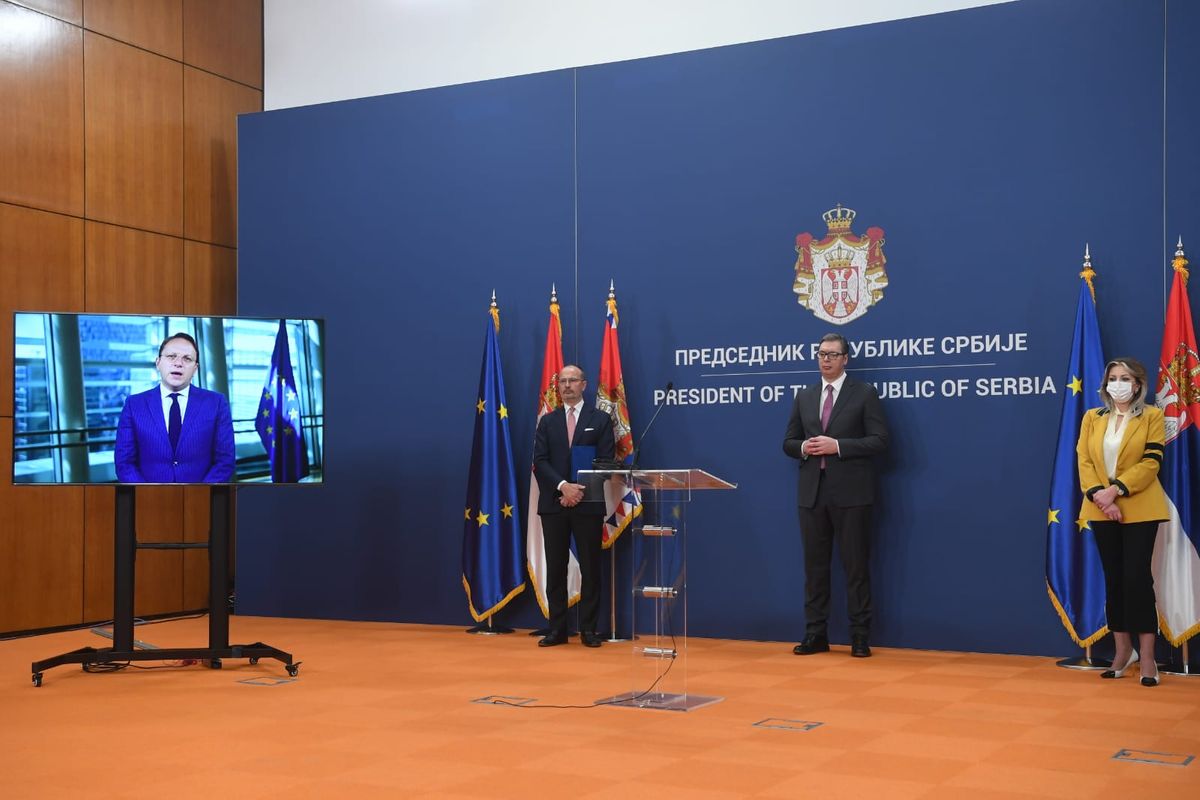 European Commissioner for Enlargement Olivér Várhelyi said that the future of Serbia is in the EU and that both the European Commission and the authorities in Belgrade are ready to work on accelerating Serbia's European path.
"The Serbian government is working hard to make progress on the European path. We now have a unique opportunity to do so, with a strong Serbian government, backed by a strong parliamentary majority. We are ready to assist faster progress and we know that Serbia is ready to move faster," Várhelyi said.
On the occasion of signing today's Financial Agreement, he emphasised that these are funds that will help Serbia's recovery, its harmonisation with EU standards and reform processes in the country in the medium and long term.
"The primary purpose of these funds is to support the economy and protect the environment," Várhelyi said, noting that the EU has invested 450 million euros in Serbia's health sector over the past two decades, building or renovating 34 hospitals and providing 280 ambulance vehicles. 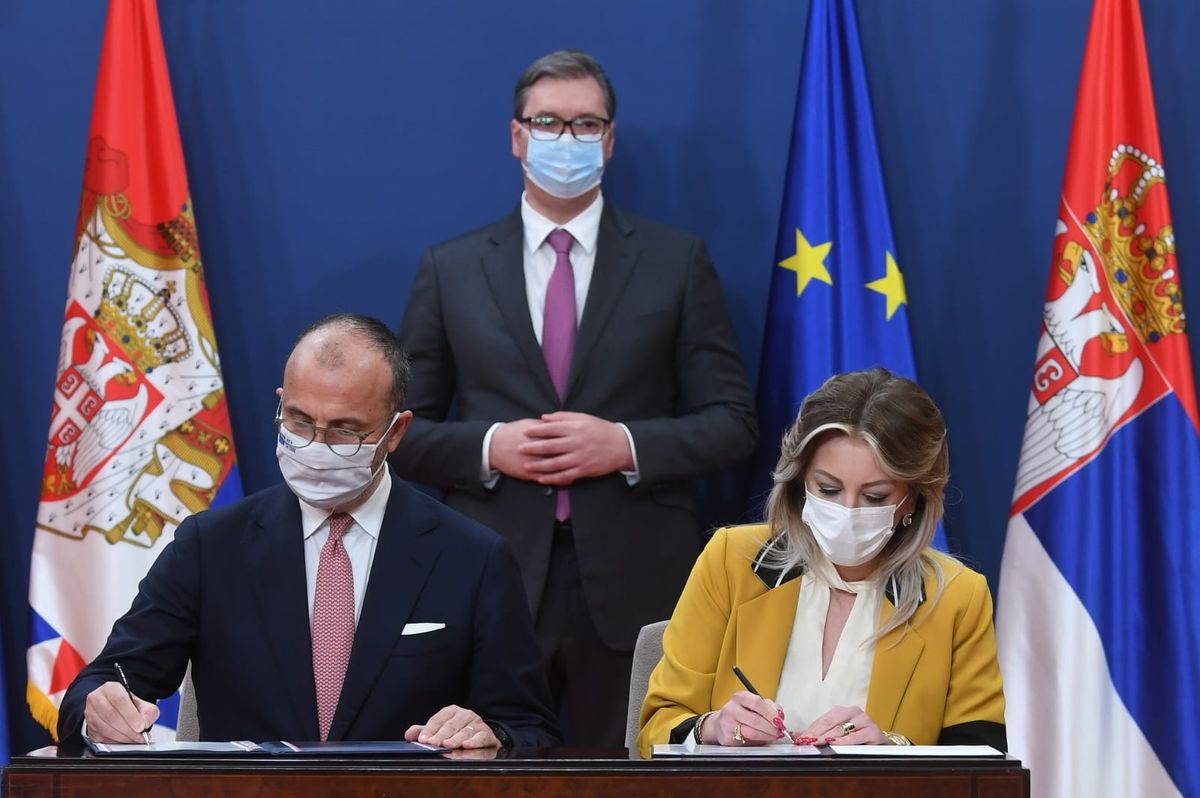 The financial agreement for the second part of the IPA Action Programme for 2020 was signed by the Minister for European Integration Jadranka Joksimović and the Head of the Delegation of the European Union to Serbia Sem Fabrizi.
Minister of European Integration Jadranka Joksimović assessed that today's signing represents a continuation of the work that our country has with the EU regarding the implementation and preparation of Serbia for the cohesion policy and structural funds of the Union when we become a member state.
"We have shown our capacities and knowledge, but we have also raised the visibility of those programmes," said Joksimović and thanked President Vučić who supports such events with his presence. 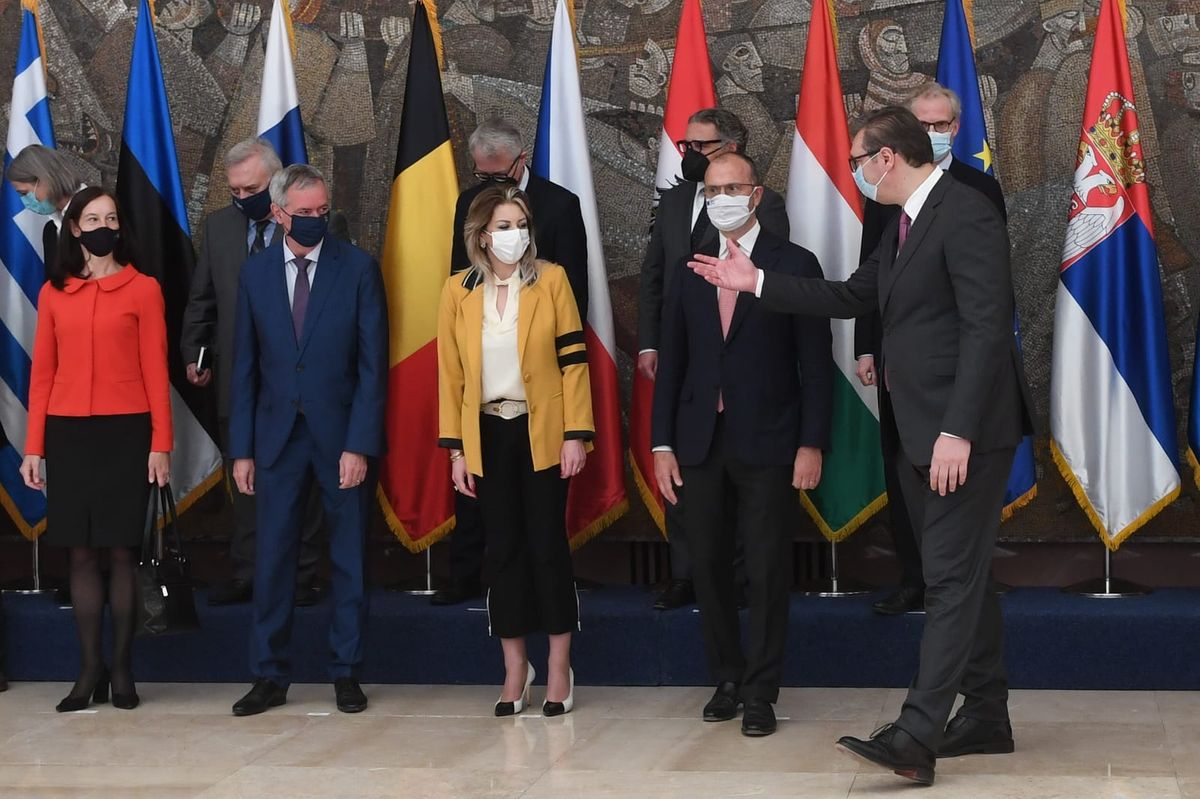 The money provided by today's signing is intended to support the sectors of environmental protection, energy, improving competitiveness, accessibility of public facilities, but also to support the EU to implement reform activities in the European integration process and reimburse budget costs for participation in EU programmes such as "Cosme", "Erasmus +", and "Horizon 2020".
Share