Aleksandar Vucic was sworn-in today, at the National Assembly of Republic of Serbia, which marks the beginning of his five-year term-of-office as President of Serbia. 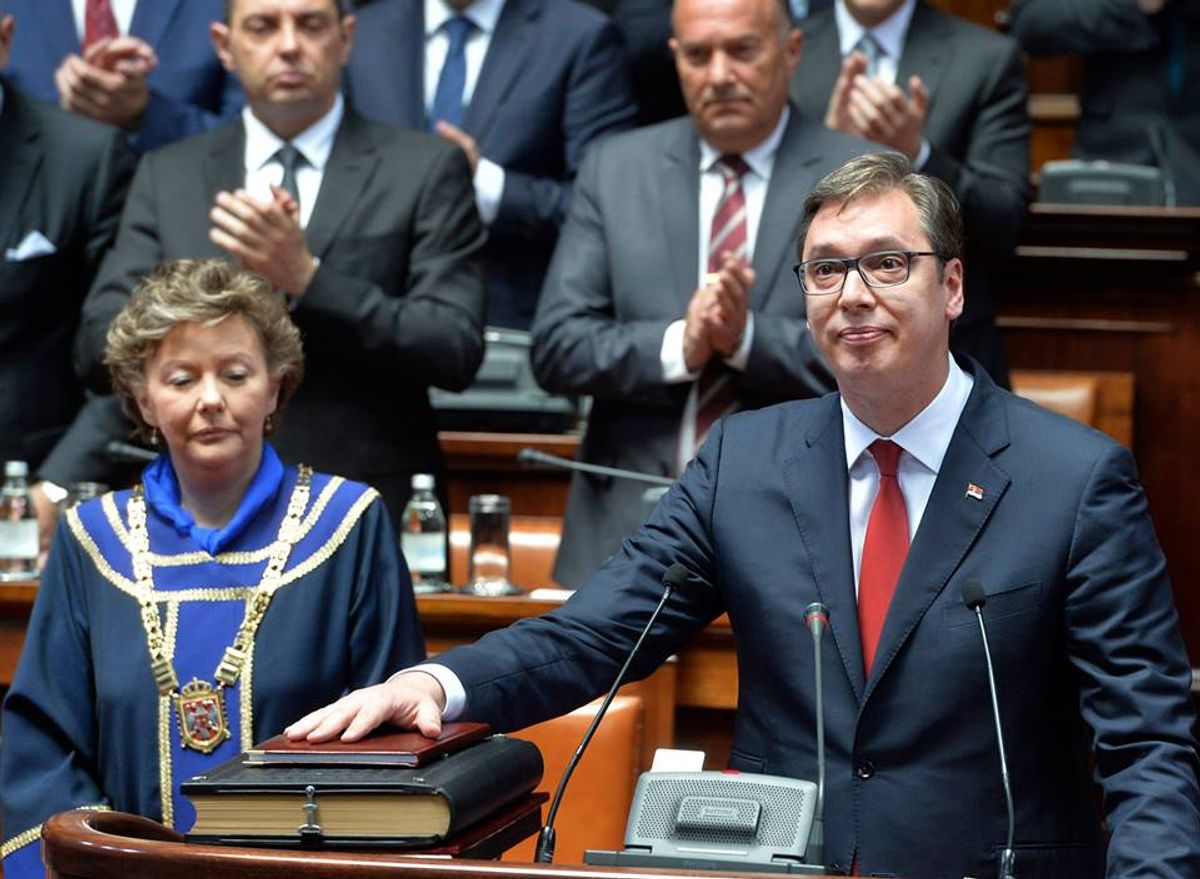 Mr. Vucic took the oath of office with his hand on the Constitution of Serbia and the Miroslav Gospel.

“I swear that I will dedicate all my energies to the preservation of sovereignty and territorial integrity of the Republic of Serbia, including Kosovo and Metohija as its integral part, to the respect of human and minority rights and freedoms, defence of the Constitution and laws, safeguarding of peace and well-being of all citizens of the Republic of Serbia, and that I will perform all my duties in a conscientious and responsible manner.”
Vucic was elected President in the first round of presidential election, held on 2 April 2017, by capturing around 56% of all votes cast, i.e. having received support of more than 2 million voters.
Prior to the swearing-in ceremony, Mr. Vucic addressed the citizens who had gathered in front of the Serbian National Assembly to demonstrate their support and congratulate him on the assumption of the office of President.
Speaker of the National Assembly, Ms. Maja Gojkovic, welcomed Mr. Vucic and the now former President of Serbia, Mr. Tomislav Nikolic.
The official swearing-in ceremony was attended by former Presidents of Serbia, President of the Republic of Srpska Milorad Dodik, Serbian Government Members, representatives of the diplomatic corps, religious communities and prominent figures from Serbia’s public and cultural life.
Having been sworn-in as President, Mr. Vucic addressed the MPs and guests, sending a message that peace and stability would be the core of his political activity. 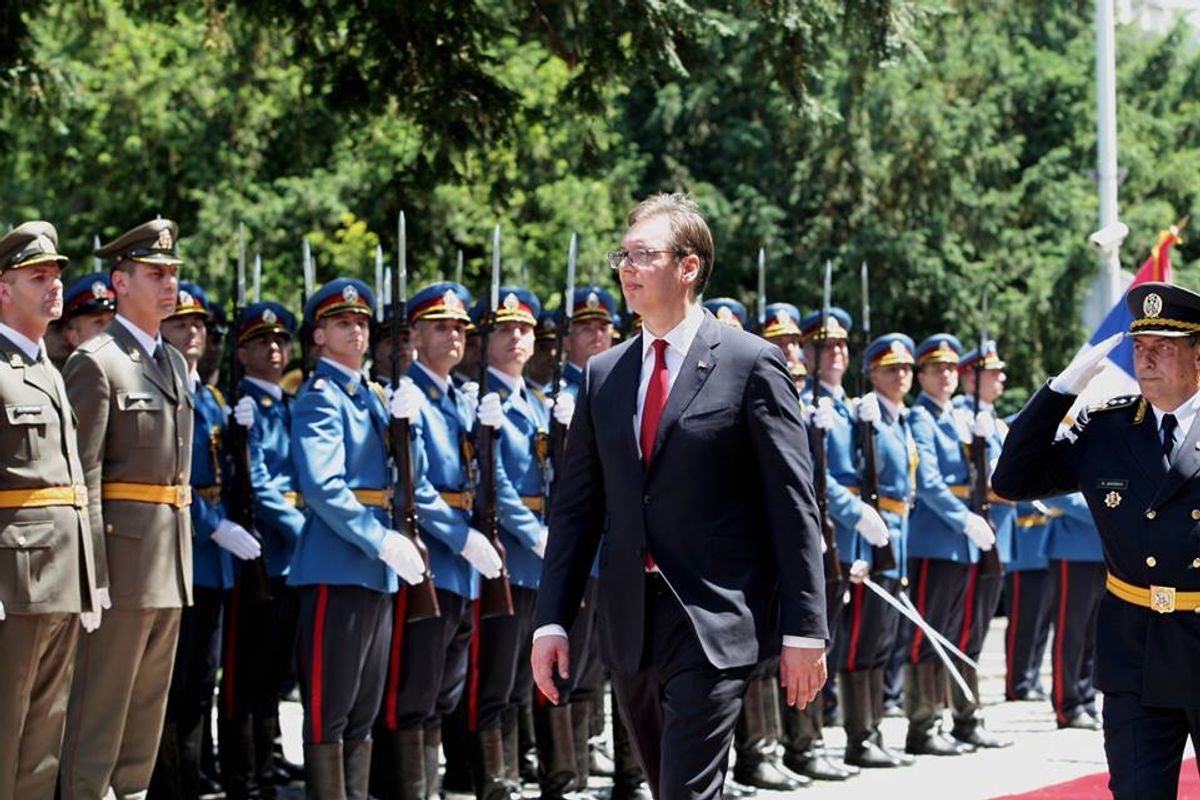 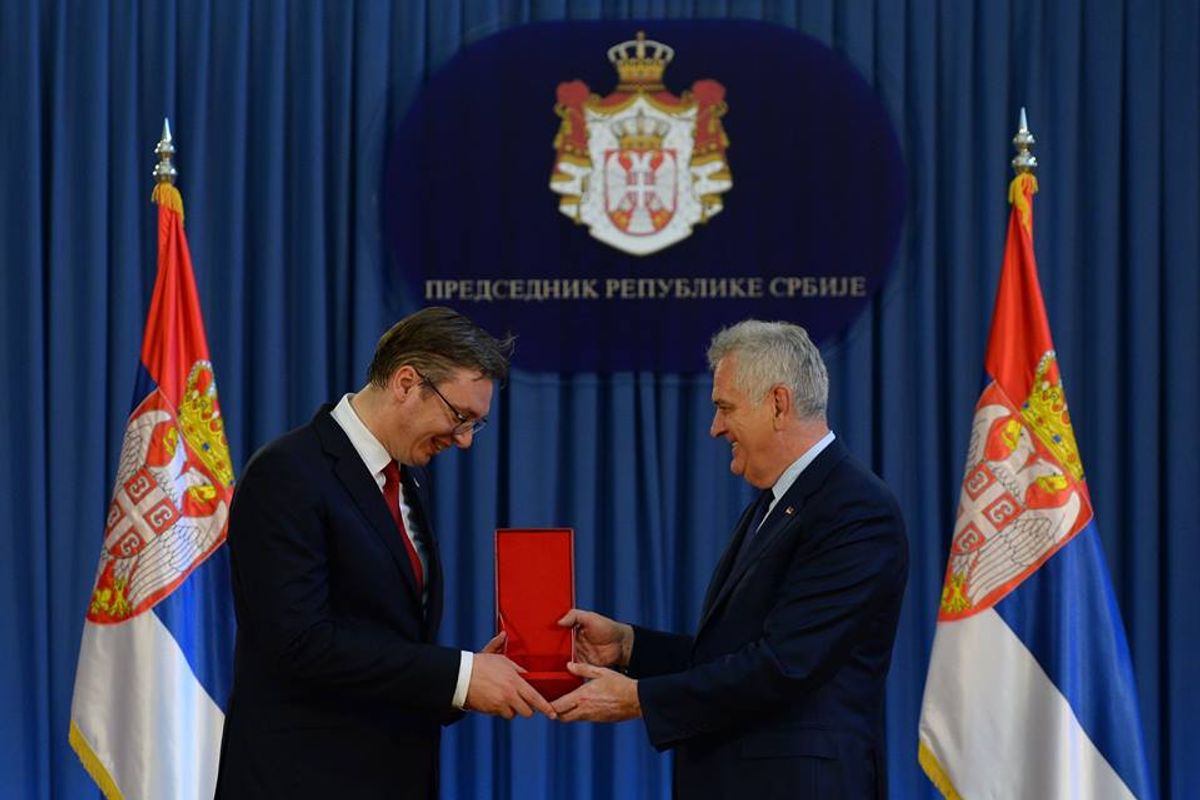 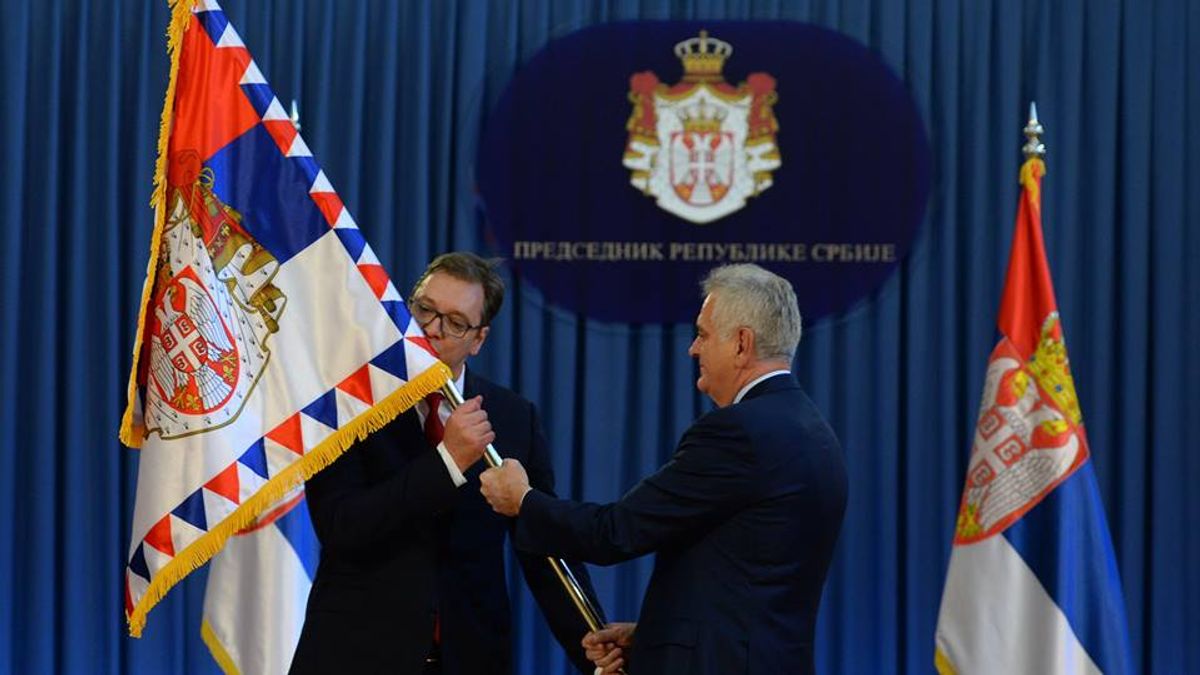 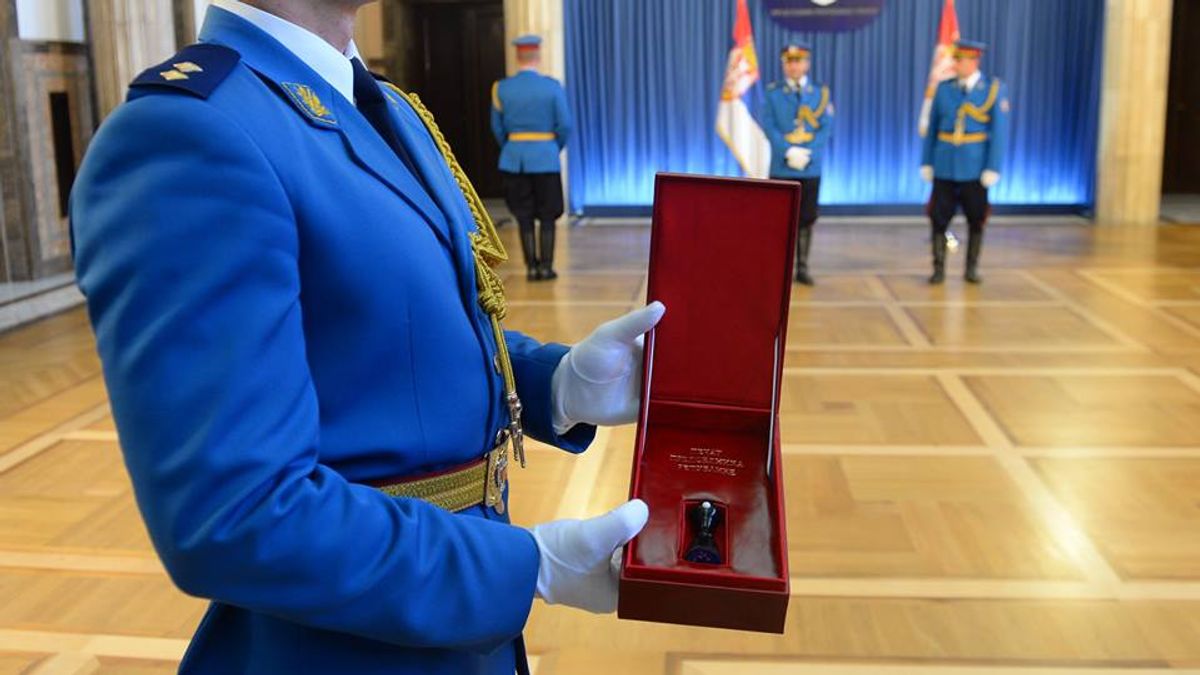 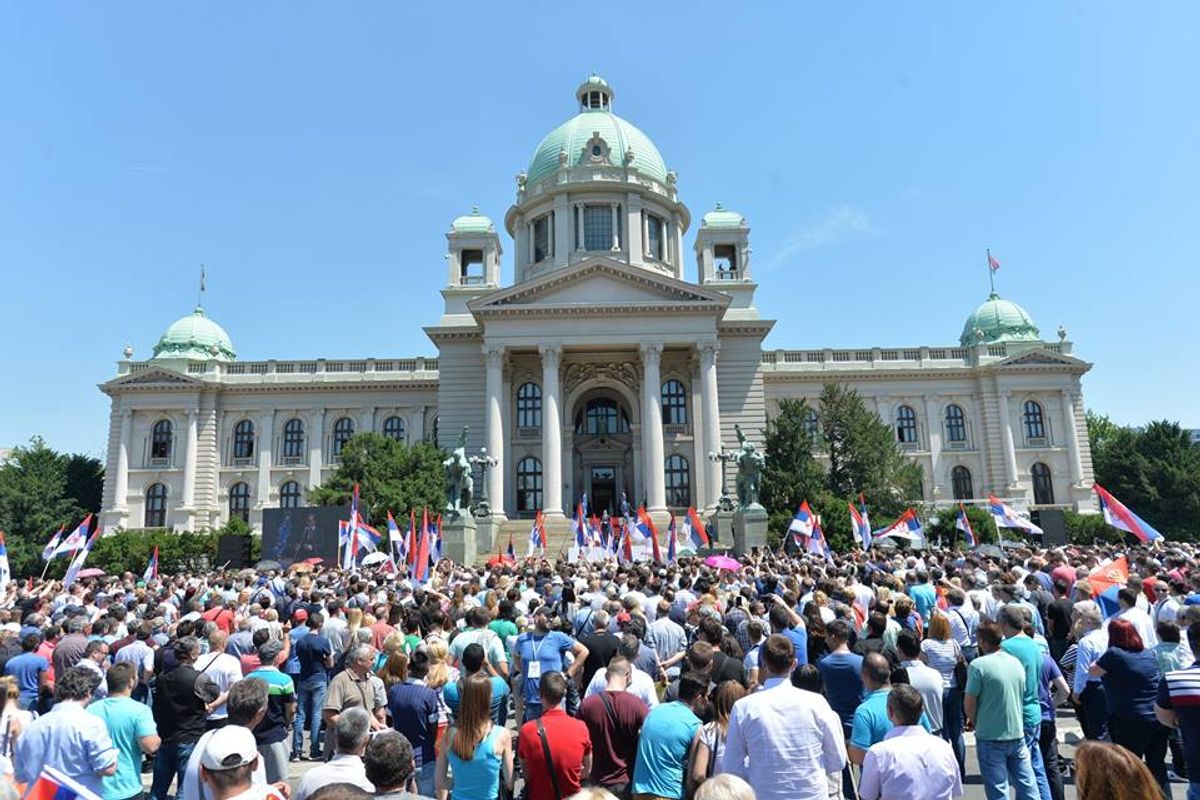 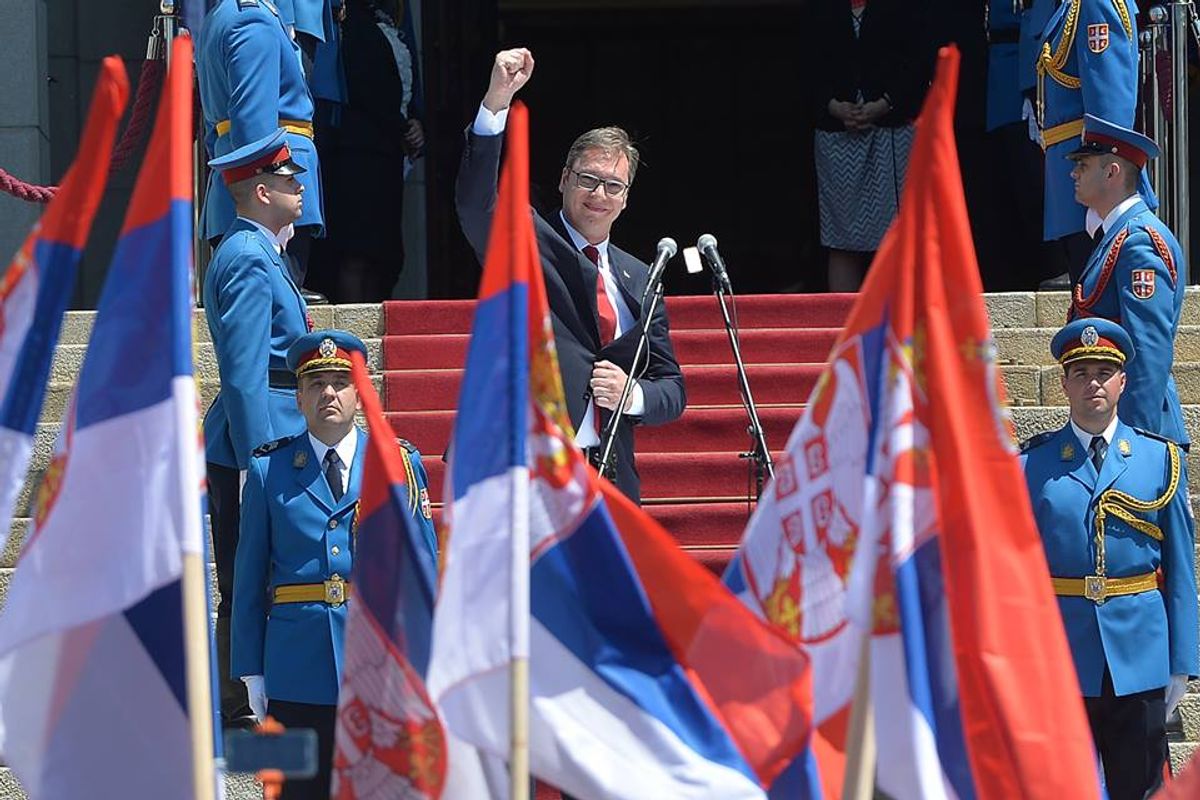