President of the Republic of Serbia Aleksandar Vučić met today in the Vatican with His Holiness Pope Francis with whom he discussed bilateral relations, Euro-integrations of Serbia, regional and international cooperation. 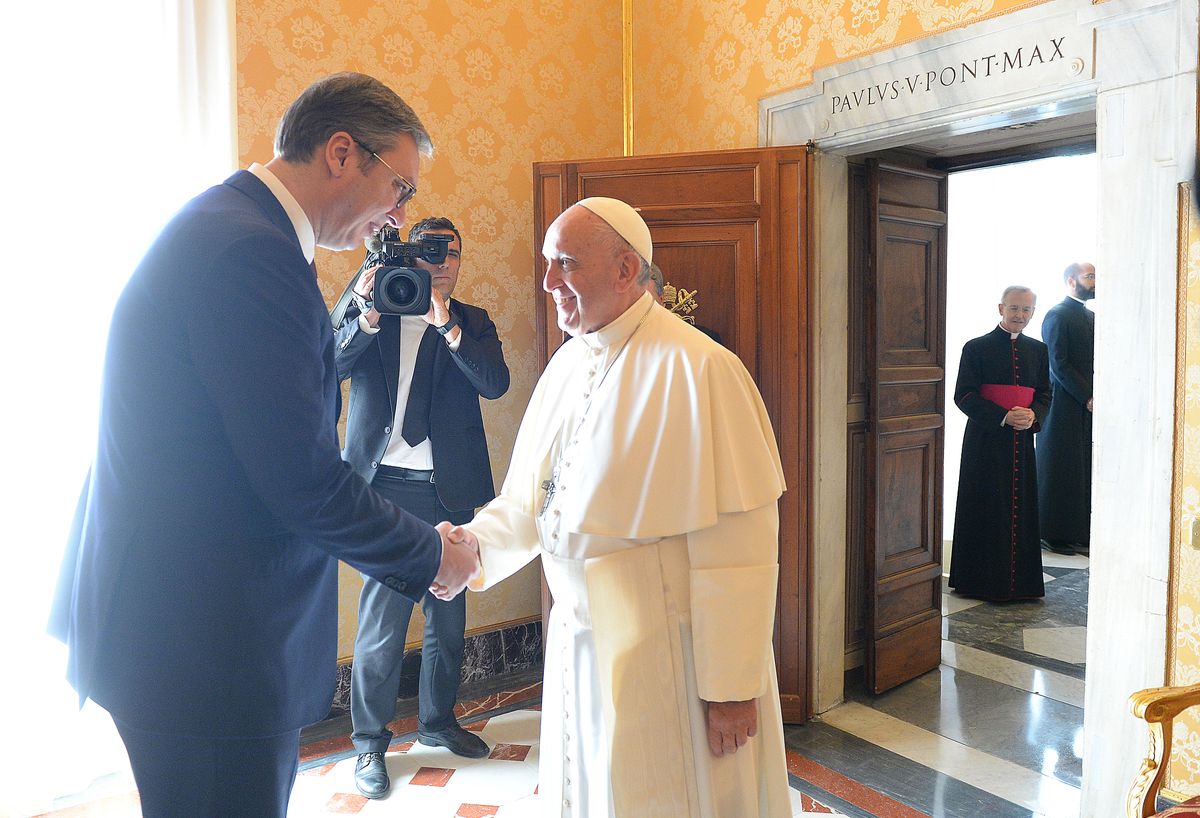 President Vučić emphasised that the cooperation between the Republic of Serbia and the Roman Catholic Church is very good and that it remains at a very constructive level, accompanied by mutual esteem. He said that Serbia is determined to continuously nurture and enhance the relations with the Holy See and added that next year we will mark the 100th anniversary of the establishment of our diplomatic relations.
During the meeting, President Vučić pointed out that the relations between the Republic of Serbia and the Holy See are marked by the congruence of standpoints in important international issues. Above all, those issues are related to the protection of Christians and the Christian heritage and the improvement of their human rights. With that respect, President Vučić indicated the outstanding importance of the protection, respect and improvement of the rights of the Serbian and other non-Albanian population in Kosovo and Metohija, the protection and renewal of the Serbian religious and cultural heritage in Kosovo and Metohija, and in particular of the Orthodox churches and monasteries under the UNESCO protection. 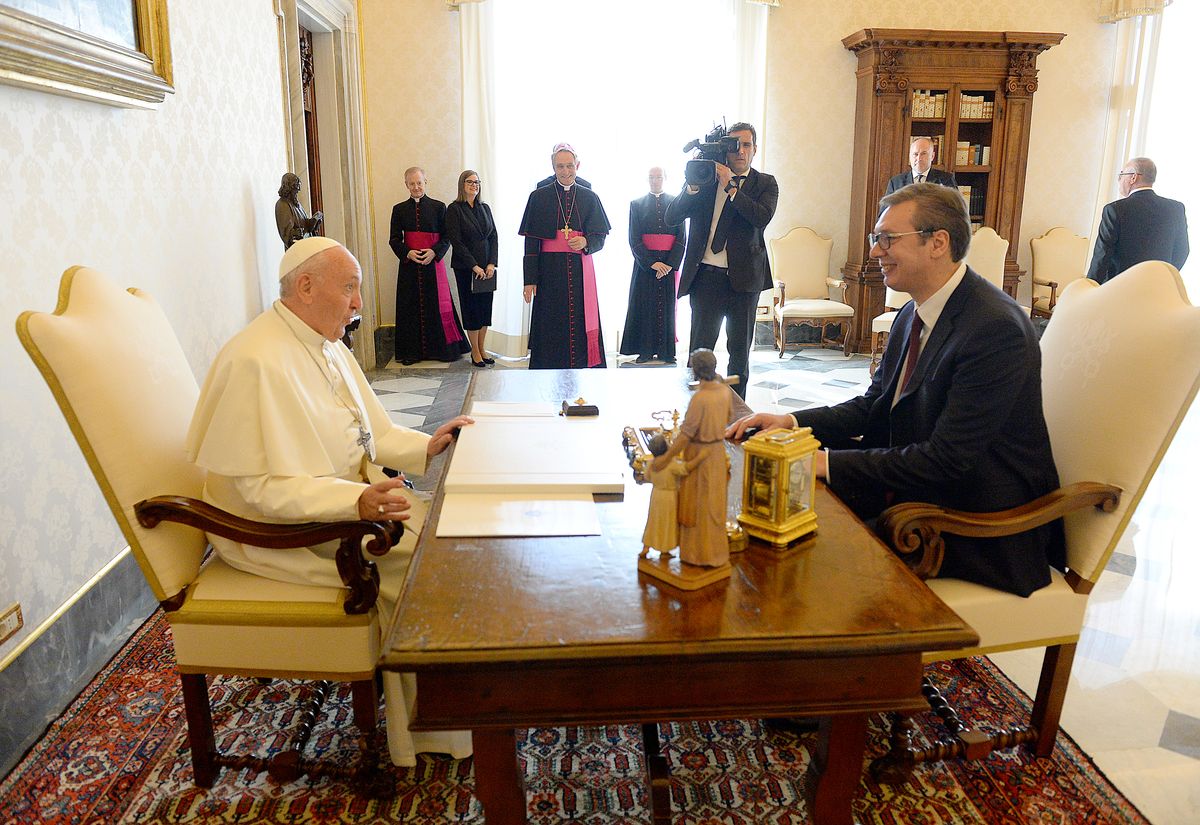 „We highly appreciate the principled position of the Holy See regarding the non-recognition of the unilaterally declared independence of Kosovo as well as the understanding for the position of Serbia which is based on the respect of the international law", emphasised President Vučić and thanked for the constructive approach of the Holy See with that respect. „Serbia remains firmly convinced that the talks represent the only way for the solution to all the open questions and that is why - even after the introduction of taxes - we sustained from reciprocal measures and any other moves that would additionally aggravate the existing situation. Our side keeps maintaining the constructive efforts aimed at finding a sustainable and compromise solution for the issue of Kosovo and Metohija, solely through dialogue. However, the Priština side - by undertaking irrational unilateral moves and through continuous provocations - keeps incapacitating any dialogue and agreement", stressed President Vučić. 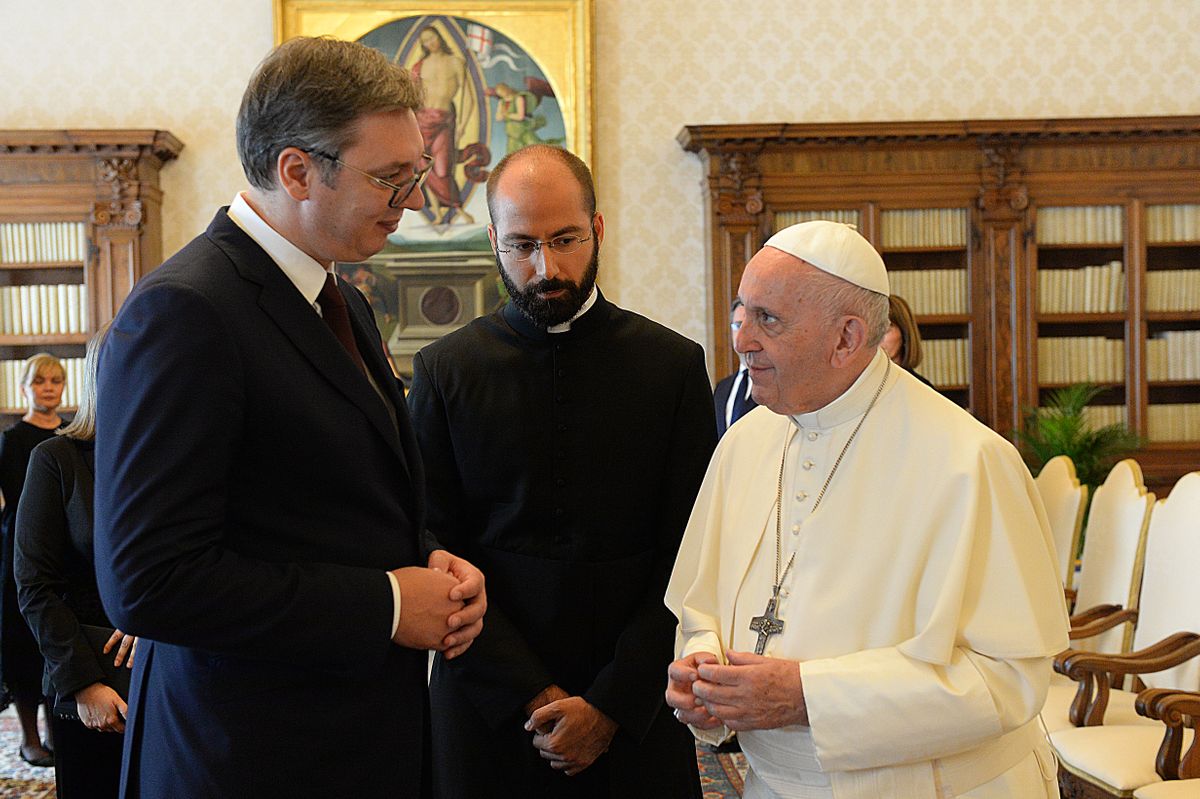 During the talks with His Holiness Pope Francis, President Vučić expressed his sincere gratitude to the Holy See and Pope Francis for the support they extend to the European integrations of Serbia. „We particularly appreciate the efforts aimed at acceleration of Euro-integration process of the Western Balkans region into the EU, and the encouragement to the member-states to assist and support this process", said President Vučić and indicated that the EU membership represents one of the foreign policy priorities of Serbia. He added that the recent visits of His Holiness to the Western Balkans exemplify strong political support to the entire region providing a significant contribution to the strengthening of dialogue, the spirit of humanity and solidarity as well as support in the context of strategically important political issues for the whole region. 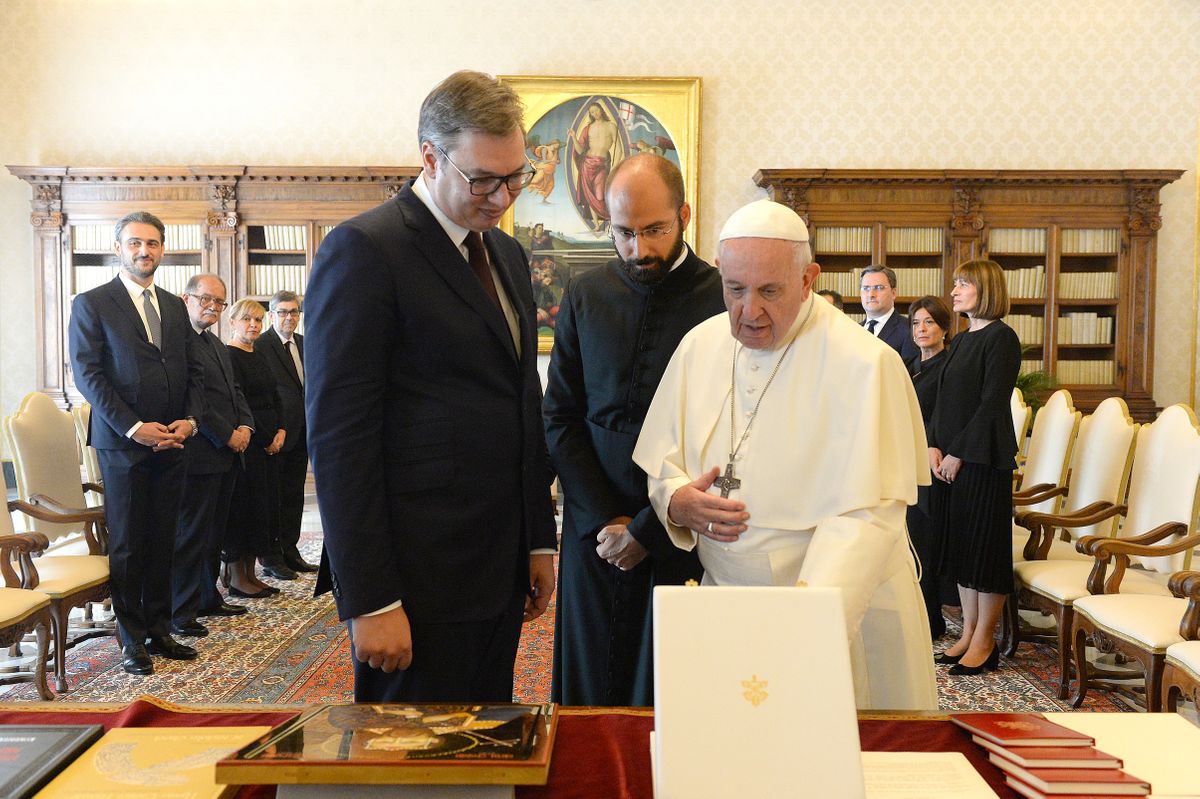 President Vučić and His Holiness Pope Francis also tackled the strengthening of cooperation in the fields of culture, historical sciences as well as in the joint projects of the scientific institutes of Serbia and the Holy See.
VIDEO AND PHOTO MATERIALS CAN BE DOWNLOADED FROM THE FTP SERVER OF THE MINISTRY OF DEFENCE.
Vatican,
12th September 2019
Share