President of the Republic of Serbia Aleksandar Vučić received today the letter of credence from the new Ambassador of the Republic of Croatia Hidajet Biščević. The President welcomed the Ambassador and expressed hope that he - with his rich diplomatic experience - will contribute to more stable and contentful relations between the two countries. 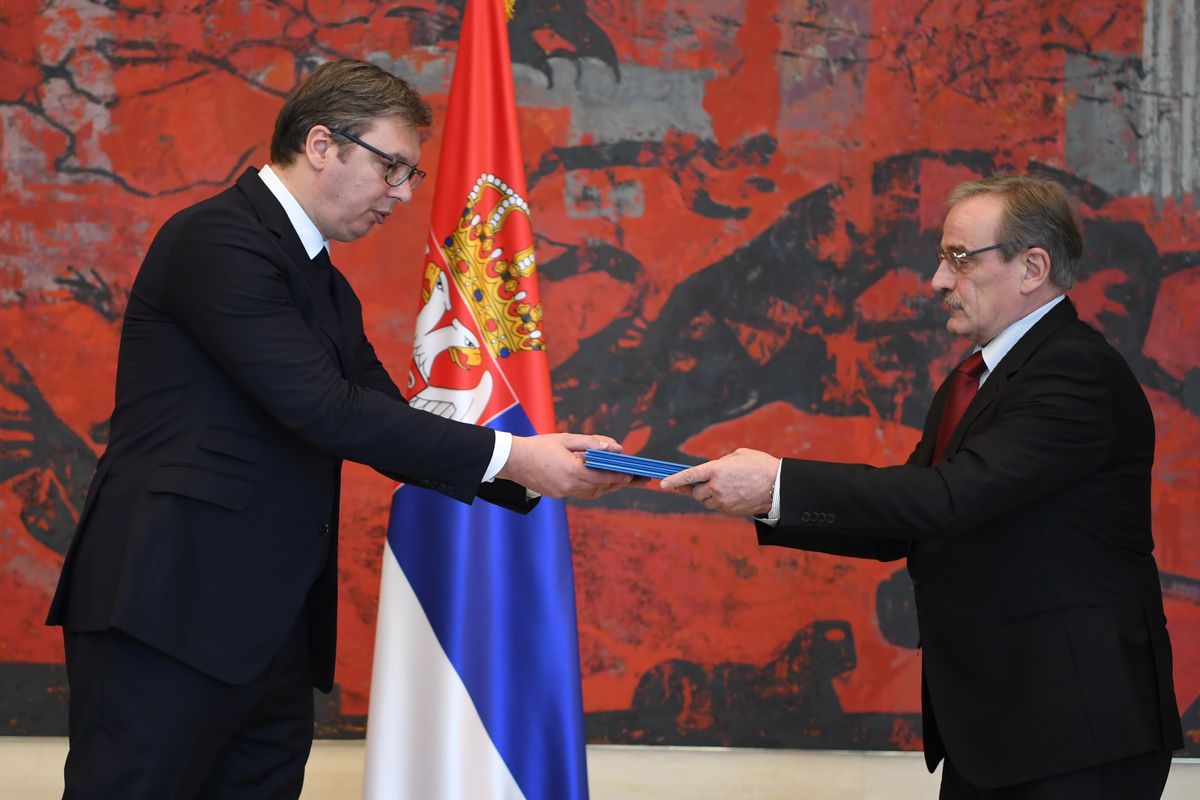 President Vučić said that he expects the two countries to overcome the problems arising from different understandings of the past and the future and that, based on mutual respect, they will commit to the development of good neighbourly relations. He stressed that he would continue to promote stability in the region, pursuing a policy of peace and cooperation.
Ambassador Biščević thanked for the welcome and said that he was ready to apply his experience to contribute to the improvement of relations between Serbia and Croatia, based on the European values as very important for regional stability and progress in the region.
Given that the EU membership is the objective of Serbia, President Vučić welcomed the fact that Croatia, during its presidency, kept the topic of enlargement on the agenda, which resulted in the EU-Western Balkans Summit held via video conference.
Ambassador Biščević said that during its presidency, Croatia had presented particular responsibility towards the Western Balkans and support for the region's European path.
The President and the Ambassador agreed that the two countries should give priority to economic cooperation. Ambassador Biščević said that he had prepared project proposals for cooperation in the fields of infrastructure and energy, such as the renewal of the Sava and Danube navigability, which President Vučić said would be considered with pleasure and implemented in accordance with the possibilities.
President Vučić and Ambassador Biščević expressed hope that, as soon as epidemiological circumstances allow, the work of mixed commissions for open issues will continue, including the issue of missing persons. President Vučić said that Serbia would continue to improve the position of the Croatian community, and it will also discuss the position of Serbs with the Croatian state leadership.
VIDEO MATERIALS CAN BE DOWNLOADED FROM THE FTP SERVER OF THE MINISTRY OF DEFENCE.
Belgrade,
12th May 2020
Share